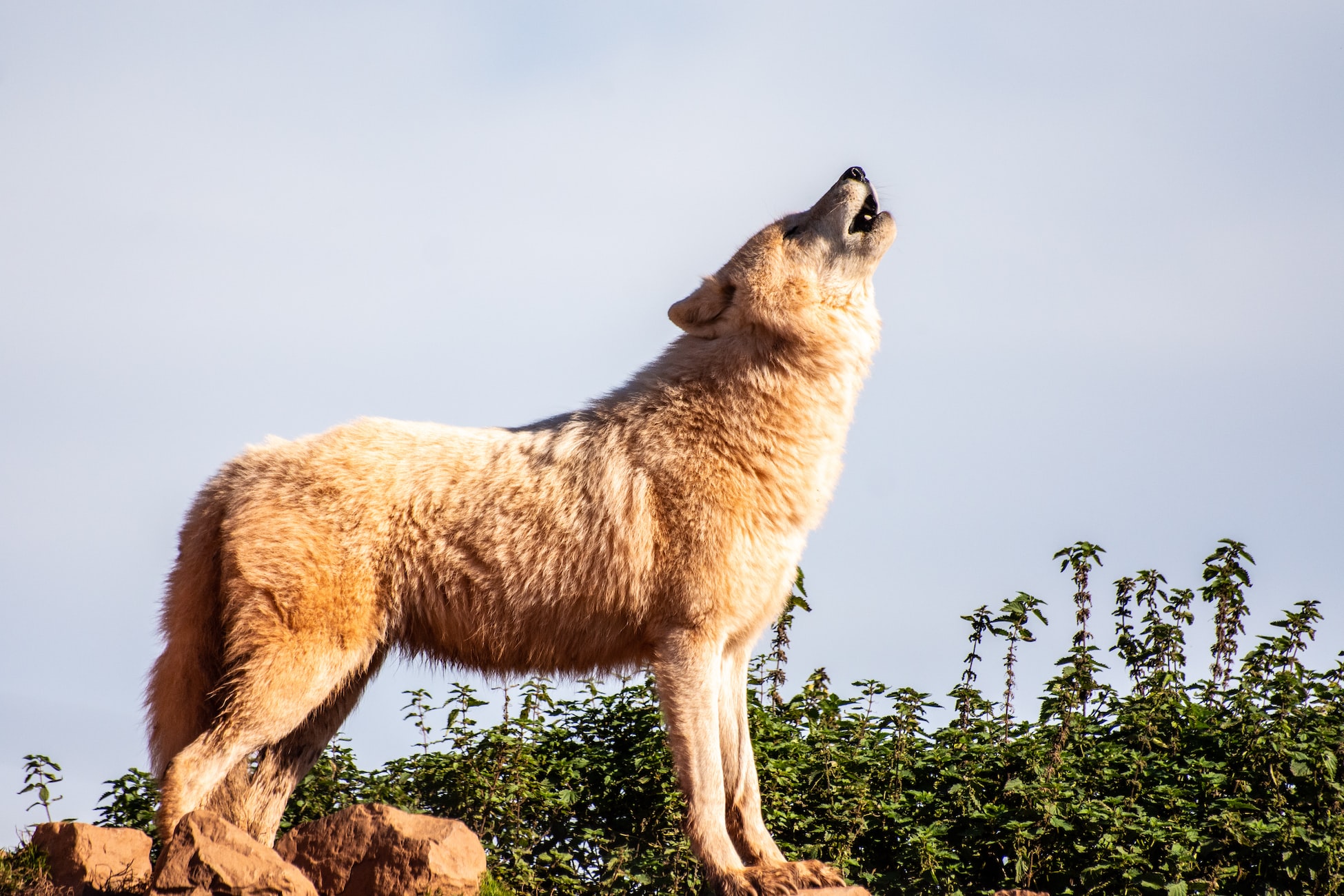 It’s not that agencies intentionally misrepresent their science. They sincerely believe opinions shared within the agency are scientific by definition.

BILLINGS, Mont. — A proposal to lift federal protections for gray wolves across most of the U.S. suffered a significant setback Friday as an independent review panel said the government is relying on unsettled science to make its case.

Federal wildlife officials want to remove the animals from the endangered species list across the Lower 48 states, except for a small population in the Southwest.

The five-member U.S. Fish and Wildlife Service peer-review panel was tasked with reviewing the government’s claim that the Northeast and Midwest were home to a separate species, the eastern wolf.

If the government were right, that would make gray wolf recovery unnecessary in those areas.

But the peer reviewers concluded unanimously that the scientific research cited by the government was insufficient.

That could make it difficult for federal officials to stick with their proposal as it now stands, further protracting the emotionally charged debate over what parts of the U.S. are suitable for the predators.

“The process was clean and the results were unequivocal,” said panel member Steven Courtney, a scientist at the National Center for Ecological Analysis and Synthesis at the University of California in Santa Barbara. “The science used by the Fish and Wildlife Service concerning genetics and taxonomy of wolves was preliminary and currently not the best available science.”

Wolves were added to the endangered species list in 1975 after being exterminated last century across most of the Lower 48 states under government-sponsored trapping and poisoning programs.

Hunting for wolves already is allowed for roughly 5,000 wolves in the Northern Rockies and Great Lakes, where protections were lifted in 2011. More than 900 of the animals have been shot or caught by trappers in the two regions during this winter’s hunting season.

A struggling population of several dozen Mexican gray wolves in the desert Southwest would remain on the endangered list under the government’s plan. The Southeast is home to a separate species, the red wolf, which remains highly endangered.

“We reached the old wolf in time to watch a fierce green fire dying in her eyes. I realized then and have known ever since that there was something new to me in those eyes, something known only to her and to the mountain. I was young then and full of trigger-itch; I thought that because fewer wolves meant more deer, that no wolves would mean hunters’ paradise. But after seeing the green fire die, I sensed that neither the wolf nor the mountain agreed with such a view.”

If you want to rile up Texas ranchers and wildlife “managers,” say something nice about wolves.

Nature knows best. When viewed over long terms, removal of predators from these complex systems always harms the species being “protected,” and creates many bad, unintended consequences.  In contrast, predator restoration results in trophic cascade,  the recovery of entire systems, as explained above.

There are only a handful of Mexican wolves in all of far-West Texas and the Southwest.  While wolves may be the bane of a few thousand ranchers and “managers,” the public supports wolf protections.  The most recent push to delist them received more public comments than any action in FWS history.  We live in an increasingly urban democracy with ever greater levels of environmental awareness.  Moves like these only further alienate ranchers and the FWS from the public.

Moreover, wolves are good not bad for ranching and wildlife because they help the grassland habitat which supports both.  Conservationists have said this for decades.  In 1930 Aldo Leopold wrote of Mexican Wolves in desert mountains:

“Deer irruptions [population explosions] are unknown. Mountain lions and wolves are still common… There are no coyotes in the mountains… I submit for conservationists to ponder the question of whether the wolves have not kept the coyotes out? And whether the presence of a normal complement of predators is not, at least in part, accountable for the absence of irruption [of deer populations]? If so, would not our rougher mountains [in Arizona and New Mexico] be better off and might we not have more normalcy in our deer herds, if we let the wolves and lions come back in reasonable numbers?”

This website (http://www.mexicanwolves.org) is an excellent source of information, which diligently advocates for wolves. It includes very good discussions about how to ranch in ways that are compatible with wolves.

To me, the vehement opposition of Texas agencies to federal agency actions on wolves looks  like a mere turf fight.  As I see it, those who take sides in this internecine struggle within Big Wildlife are supporting one of several competing factions of the nanny state, each of which is seeking to control this river of public money. There are good people in this anti-wolf fight, but no good side.

The “science’ used by both Texas and the feds to justify wildlife “management,” including eradications and restorations, is mostly bogus.  Although a commitment to science is a universally proclaimed principle of wildlife managers, there is seldom a scientific test applied. In the case of the wolf, though, the agency science was actually examined using an objective process that explored its soundness. Such an examination almost never happens, especially in Texas.

This examination applied to the wolf science shows why these federal laws can perform a useful service despite the enormous burdens and disruptions they have imposed.  When it comes to the Endangered Species Act, we should be asking how we can  throw out the dirty bath water while keeping the baby.  It is not as if we Texans have a better alternative when our wildlife bureaucrats “go off the reservation”. At both the state and federal levels most wildlife practices are built on the superstitious beliefs of Invasion Biology.  These fallacies justify eradications and culling. Invasion biologists claim the world is being invaded and attacked by thousands of “aggressive alien invaders.” According to their beliefs, any living thing that is not “native” is by definition “harmful.” Also, however, if “natives” also are “invasive” or “aggressive,” then “natives” like “aliens” also are “unnatural” and “harm” the “integrity of the ecosystem health.”

Because these empirically hollow buzzwords can mean anything and can be changed at will, they can justify almost any “management” practice and have reinforced the eradication and culling mania, which increasingly is directed at native species. Wolves are but one of a very long list of targeted natives.

Texas’ wildlife “managers” – federal, state, and private – are committed to Invasion Biology. Judging their beliefs by their actions, one would conclude that many, if not most, reject evolution, biodiversity, and any management practice that does not entail a costly and violent intrusion on nature.

Today, killing what we don’t want to increase what we think we want is the primary tool of farmers, ranchers and wildlife “managers:”

Choose what we like and kill its “competitors.” Nature can be subdued and improved!

Many “managers” may feel nature’s systems cannot operate on their own.  Many others may fear that admitting nature can do better if left alone, threatens their funding, consulting fees and chemical sales.  For whatever reason(s), we have wildlife “management,”  an applied biology, disconnected from biology the science.

This blog was started for the purpose of publicizing the faulty science underlying elk eradications and the removal of cattle from Western rangelands. Eradications of many animals have been covered. Notwithstanding plenty of blowback for expressing these ideas, I have never received a scientific explanation from any agency, or individual associated with these efforts, demonstrating a scientific basis for their actions. Those who believe there is a scientific foundation beneath these practices should consider the following:

The fact that the feds, who generally use better science than the state, set forth a wolf policy which flunked its outside review, should come as no surprise to anyone who looks at these agency practices using native intelligence and common sense.

Each of us can and should do this for ourselves.  It’s not rocket science. Don’t get snowed by the jargon, which  is designed to make voodoo science look scientific.

“I continue to try to get people to focus on and insist on one simple thing that will produce the sensible policies people crave and need:  management should be holistic, embracing science and other sources of knowledge.  That, no scientist can argue against. And that will produce what we all desire.  Going at saving rhino, preventing widespread GMO and corporate take over of life forms, etc., piecemeal will result in endless he said-she said arguments while the ship sinks.”