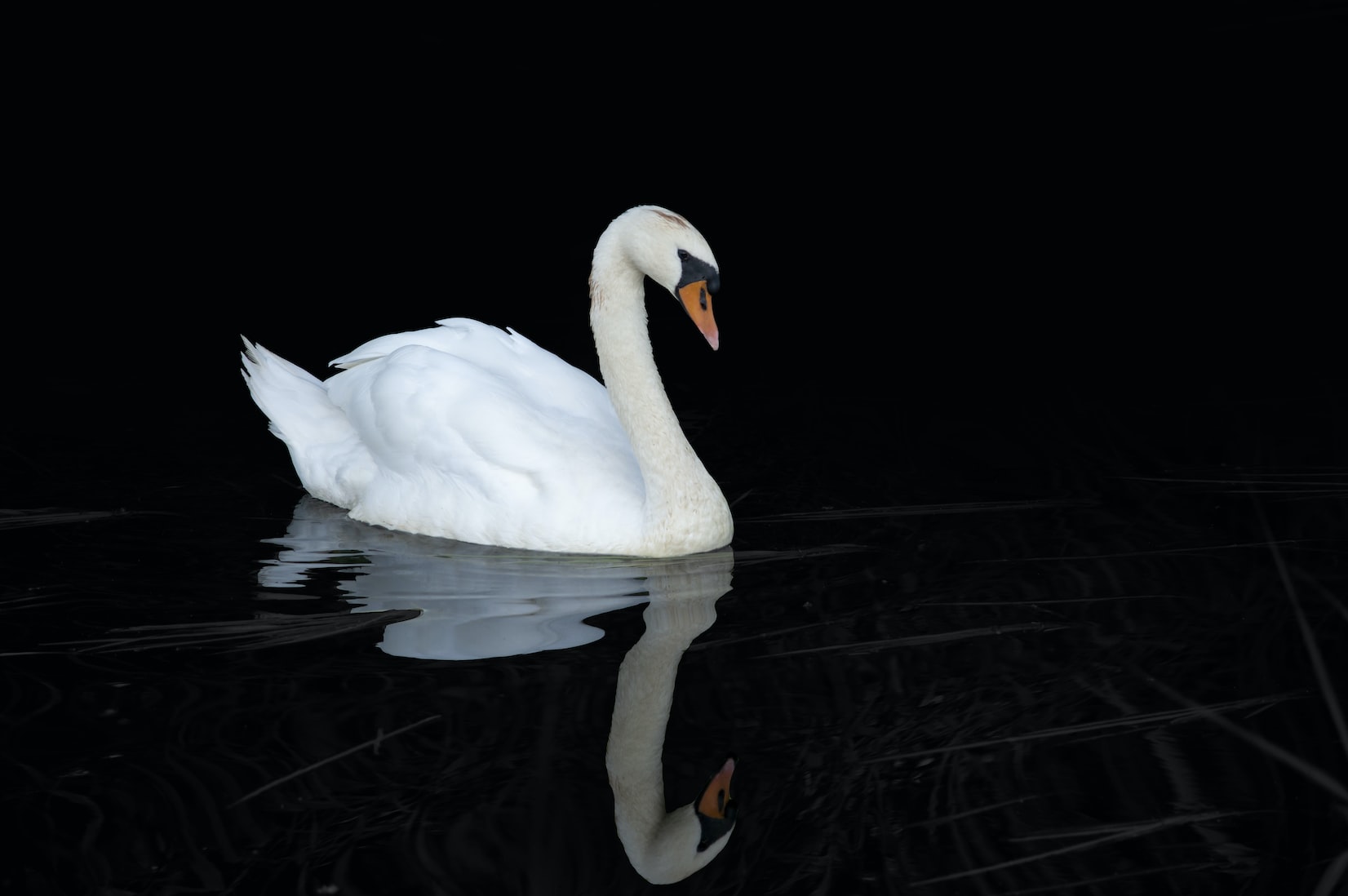 NOTE: this article originally appeared online at WSJ.com on January 20, 2014

New York wildlife officials are proposing to eliminate wild populations of non-native mute swans under a 10-year management plan that calls for shooting the birds, sterilizing them and destroying their eggs.

But culling programs have drawn criticism.

GooseWatch NYC has posted an online petition opposing the plan.

“Its plan to utterly eliminate this majestic creature from the face of its land reflects an agency that has lost touch with its core mission as well as with the greater voices to which it must ultimately answer,” the petition says.

The Department of Environmental Conservation estimates the state’s mute swan population at 2,200.

“They’re an aggressive, invasive species,” DEC spokeswoman Lori Severino said. “To protect our own native species, the plan was necessary.”

Article can be viewed here:

Establishing migratory Trumpeter Swans in New York State after their extinction 100-200 years ago is a great idea.  Unfortunately, to re-establish Trumpeter Swans, New York has declared war on Mute Swans, an animal that has been present for more than 200 years.  State wildlife “managers” say Mute Swans are an “aggressive,” “invasive” species which do “ecosystem harm” and “threaten” Trumpeter Swans.  According to them, the state’s 2,000 Mute Swans pose a mortal threat to New York wildlife and habitat as well as other wild swans.

New York’s 20-year plan for Mute Swan eradication is built on the superstitious beliefs of Invasion Biology.  Invasion biologists claim the world is being invaded and attacked by thousands of “aggressive alien invaders.”  According to their beliefs, any living thing that is not “native” is by definition “harmful.”  Also, however, if “natives” also are “invasive” or “aggressive,” then “natives” like “aliens” also are “unnatural” and “harm” the “integrity of the ecosystem health.”

Of course, if one doesn’t blindly accept the beliefs of Invasion biologists, then New York’s proposed 20-year swan war turns out to be another Big Government boondoggle based on superstition instead of science.

To get to the bigger issues, thinking people have to ask:  Where are New York’s objective, or even subjective, definitions of these terms such as alien, native, and invasive?  Without definitions how can they be measured, blind-tested, or applied?

Because these empirically hollow buzzwords can mean anything and can be changed at will, they can justify almost any “management” practice.  Scientific-sounding jargon , set out in misleading graphics like the chart above, is used to dignify the eradication and culling mania, which is becoming a general attack on biodiversity directed at the dwindling kinds of animals and plants that manage to survive in our damaged ecosystems.

As if this will restore plants and animals to degraded habitats that no longer support them.

How many is too many?

It is not clear what pre-European wild swan populations or distributions were.  As James Audubon observed in The Birds of America:

“The history of the American Swans has been but very slightly traced. Few records of the habits of these majestic, elegant, and useful birds exist, on which much reliance can be placed, their geographical range still remains an unsolved problem; one species has been mistaken for more, and this by ornithologists who are said to be of the first order.”

Not much has changed since Audubon wrote this.  According to my research, while pre-European swan populations and distributions are still barely understood, we know with certainty that pre-European habitats supported birds and waterfowl in numbers that seem fantastic in comparison to the impoverished habitats and wildlife populations of the 21st century.

The New York habitat is part of the vast Atlantic marshes and the Great Lakes.  In this system, eyewitness contemporary observations in Ohio said:

” Swans are in such profusion that they might be taken for the lily rushes in which they gather.”

“In this manner we lived, until October, then the geese, swans, ducks, cranes, &c. came from the north, and alighted in this little Lake [Sandusky Bay], without number or innumerable.”  http://www.acsu.buffalo.edu/~insrisg/nature/WhanTS07.htm“

Hundreds of thousands of snow geese winter in Texas in huge flocks like this one. This flock contains many times more geese that all the Mute Swans in all of New York State. This flock of geese benefits the habitat on which it winters. Yet, New York waterfowl “managers” say that just 2,000 Mute Swans  threaten the state’s entire population of ducks, geese, cranes, swans as well as fish, animals and even people! Where is New York’s science to support this belief, or the assertion that only a few swans – and only one kind of swan can or should – live in New York and its vast associated marsh and lake systems?

“All the same, the trumpeter swan has never deserved — nor has it received — a designation as an endangered, or even a threatened, bird in North America.  It is true that its Lower 48 populations numbered in the dozens fifty years ago, but it was never numerous south of Canada, and healthy populations in the thousands have for centuries persisted in western Canada and Alaska.

They have attempted to manipulate the public’s esteem and sympathy for this charismatic species to justify its introduction into habitats where it has no place, and where it may in fact constitute a threat to the native ecosystem.  …(W) e argue strongly against introduction of this alien species, the trumpeter swan, to the Eastern North America”. http://www.acsu.buffalo.edu/~insrisg/nature/swans.html

And were the native swans the exact sub-taxon, a genetically-distinct population, being reintroduced from Alaska?  Who knows, but this is very doubtful.  It would not matter, except this distinction, which justifies eradications of Mute Swans, is ignored in asking if introduced Trumpeter Swans are “aliens” by the same definition.

What distinctions does New York make between the same facts leading to opposite conclusions, and, what science justifies these?

New York wildlife “managers” state that it is their objective “to reduce the public demand for having a wild population of new swans in the state.”  Why is this an appropriate role for the New York game department?

The department states it will allow responsible ownership of swans.  What is the definition of “responsible?”  Who decides?   What is the method for adjudicating disputes?  What are their rationales and distinctions, and what science forms the basis for these?

Aggressive: Compared to What?

New York says Mute Swans are an aggressive danger to humans, and this statement implies Trumpeters are not aggressive.  Actually both species are similar in temperament.  Notwithstanding belligerent rushing and bluffing, there is no recorded record of an injury to humans by swans of either species that I can find in my research.  Both will defend their nests. Trumpeter Swans will fight to the death while defending theirs.  http://onwardvoice.blogspot.com/2013/01/no-swan-song-yet-trumpeter-swans-rebound_6.html

And, so what if swans defend their young and their territory?  Will New York kill every animal that does?  What is the distinction between swans and bears and many others, and, what science justifies these?

A core belief of Invasion Biology, which New York “managers” use to justify swan eradications, is that any animal or plant introduced by humans is by definition “harmful” and does “eco-system damage”. What science does New York use to support this assumption?

Once you accept this idea, it follows that whatever the Mute Swan does, must in some way cause “harm”.  Seeing all swan behavior through this distorting prism leads to even more doubtful assumptions.  For example:

What is the basis for the assumption that swans harm waterfowl habitat or other waterfowl?  Was this supposition true back in the day when there were far more swans?  Do Alaskan swans harm that state’s habitat?  What are the distinctions and what science supports these?

New York wants to eliminate swans because they poop in the water!  All living things take in nutrients and give off “wastes” which are in fact food and fertilizer critical to the health of plants, animals, soil life, microorganisms, and ecosystems.  Shall we eliminate all creatures that produce bodily wastes as threats to health?  What is the difference between Mute Swan fecal matter and Trumpeter Swan fecal matter? What are the distinctions and what science justifies these?

Where is the science to prove marshes can be healthy without marsh life including swans of some kind?  What is more damaging: increased biodiversity because of Mute Swans or decreased biodiversity with no swans?  What are the distinctions and what science justifies these?

According to my research, neither transplanted Trumpeter Swans nor Mute Swans migrate.  So, if non-migratory swan numbers grow, what happens to habitat?  Can damage from Trumpeter Swans be distinguished from damage from Mute Swans? What are the distinctions and what science justifies these?

Human Impact not Other Swans is the Problem for Swans!

Trumpeter Swans, unlike Mute Swans, are relatively intolerant of humans.  Human activity in Trumpeter Swan habitat may disrupt breeding pairs of swans.  Jet skis, motor boats, collecting  bait fish and leeches, and shoreline development impact water bodies and the beds of emergent vegetation where this species nests, which may cause reduced nesting success or abandonment of breeding attempts (Henson and Grant 1991). http://www.dnr.state.mn.us/rsg/profile.html?action=elementDetail&selectedElement=ABNJB02030

Wildlife efforts should concentrate on restoring habitat, preventing further wetland loss and degradation and restoring wetland complexes.  It is especially important to reduce pollution from chemicals and herbicides, which are unraveling a complex web of life, and increase biodiversity.  Partnerships between organizations dedicated to wetland conservation are essential to the long-term management and conservation of wetland complexes that provide breeding habitat for all species, not just swans.

The systems must be restored as “wholes.”  Filling empty niches helps everything because this completes these wholes. Recovering systems attract and support native species recovery.

If in a particular area swans are causing damage to habitat, and if we want those swans to move somewhere else, the common sense way to make this happen is to encourage natural predation, and allow limited human hunting. Pressure from predators and hunters always moves wildlife, as wolves have proven in Yellowstone National Park (CLICK HERE), and hunters have proven everywhere. Swan advocates should recognize that hunters have always funded the vast majority of wildlife conservation, and ally themselves with this wildlife-friendly group, whose grassroots membership will be very sympathetic to saving wild Mute Swans from government eradications.

We cannot restore biodiversity by destroying biodiversity. That is the fundamental error of Invasion Biology. It is both common sense, and physiological fact, that swans don’t hurt swans in any fundamental way.  But biodiversity loss hurts swans and everything else.  Fortunately, nature abhors a vacuum.  When we wipe out one thing nature will fill the empty niche with something else.  Thank heavens for Mute Swans: They are nature’s repair crew!

New York is like Texas in this unfortunate respect: For various reasons, its federal, state, and private wildlife “managers” are committed to Invasion Biology.  Many “managers” may feel nature’s systems cannot operate on their own.  Many others may fear that admitting nature can do better if left alone, threatens their funding, consulting fees and chemical sales.  Our universities have neither trained nor encouraged student wildlife scientists to be scientific (CLICK HERE). For whatever reasons, we have wildlife “management,” an applied biology, disconnected from biology the science.  Judging their beliefs by their actions, one would conclude that many, if not most “managers,” reject evolution, biodiversity, and any management practice that does not entail a costly and violent intrusion on nature.

Today, killing what we don’t want to increase what we think we want is the primary tool of farmers, ranchers and wildlife “managers:”  Choose what we like and kill its “competitors.” Nature can be subdued and improved!