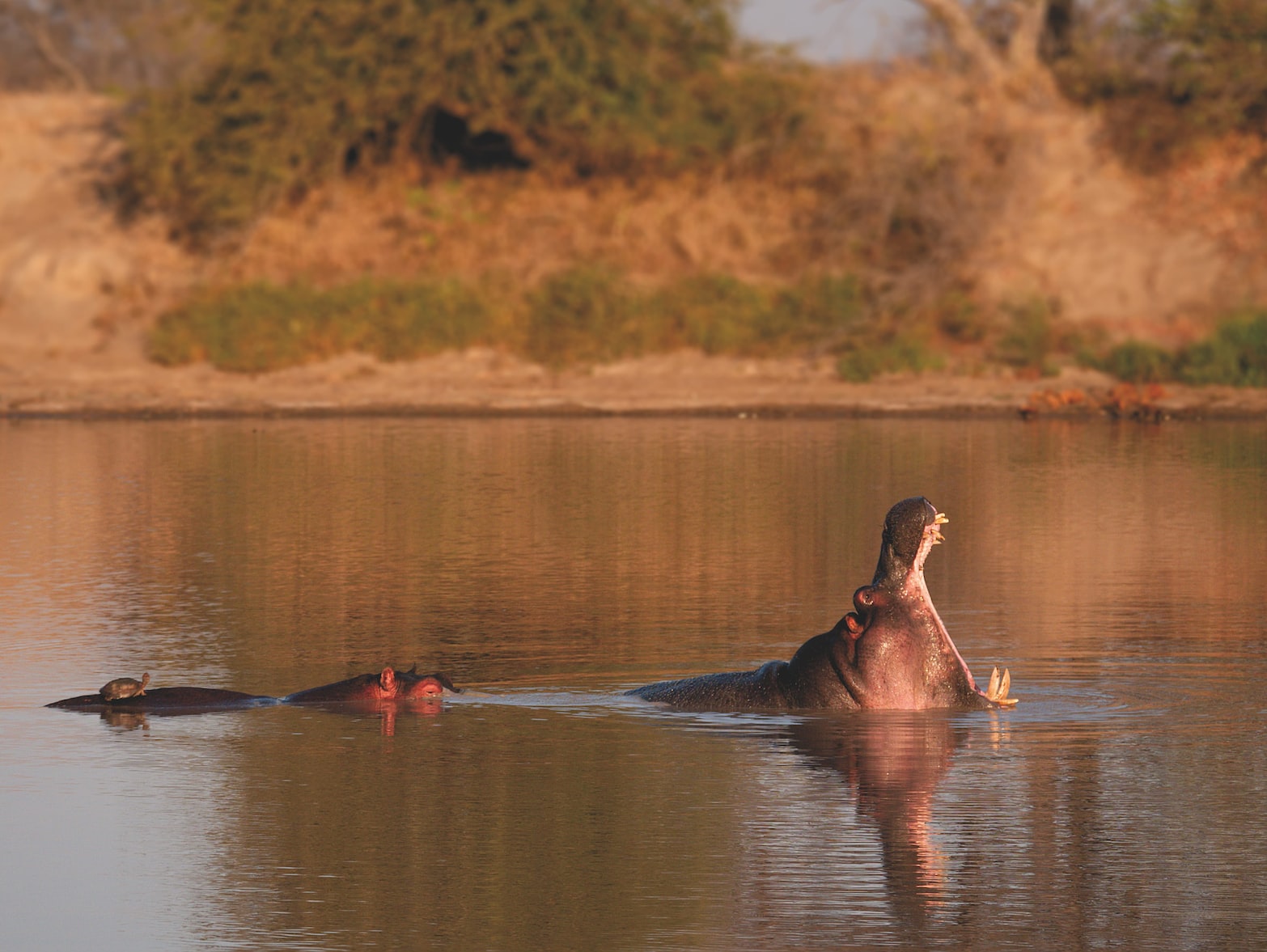 According to the article below—and the study on which it is based—humans have caused the extinction of many large animals over the past 100,000 years. This has changed ecosystems greatly, generally for the worse.

Introductions of so-called exotics have somewhat compensated for extinction losses. As incongruous as hippos in Columbia might sound, closer study shows exotics have moved animal communities and their ecological functions closer to what humans destroyed.

The study advises managers to quit focusing on eradicating invasive species and start focusing on protecting landscapes by preserving and managing biodiversity including exotics and predators. These animals, which include water buffalo in Australia and feral pigs, wild horses and burros in North America, are bringing many benefits to habitats such as suppressing wildfire, helping forests and bird life, and controlling brush spread on drylands.

As a holistic practitioner, I started this blog to promote these insights and thereby restrain Big Wildlife’s “war on weeds and wild animals.” It is gratifying to see science catching up with what we holistic thinkers have been espousing —and applying to our own land—for so long.

NOTE: this article was originally published to NYTimes.com on March 26, 2020. It was written by Asher Elbein.

Invasive herbivore mammals seem to restore functions missing in some food webs and ecosystems since the Pleistocene era.

When Pablo Escobar died in 1993, the Colombian drug kingpin’s four adult African hippopotamuses were forgotten. But the fields and ponds along the Magdalena River suited them. One estimate puts their current population at 50 to 80 animals: By 2050 there may be anywhere from 800 to 5,000 in a landscape that never before knew hippos.

They aren’t the only herbivores showing up in unexpected places. In Australia, feral camels roam the outback. Antelope are a common sight in rangelands from Texas to Patagonia. And feral hogs are everywhere. Conventional wisdom holds that these animals are causing new, and potentially damaging, impacts to beleaguered ecosystems. But (CLICK HERE) a study published Monday in the Proceedings of the National Academy of Sciences argues that the lifestyles of these and other exotic fauna may be restoring the ecological functions of species lost to extinction during the last ice age.

“We found that, amazingly, the world is more similar to the pre-extinction past when introduced species are included,” said Erick Lundgren, an ecologist at the University of Technology in Sydney, Australia, and the study’s lead author.

Beginning 100,000 years ago, during the Late Pleistocene, a wave of extinctions claimed large animals throughout the world: mammoths in Eurasia, horses and giant sloths in the Americas and a bestiary of giant marsupials in Australia. Researchers have suspected that the loss of these megafauna may have left holes in the food webs and other cycles of the ecosystems where they lived, particularly in places like the Americas and Australia, where the extinctions were more intense.

Mr. Lundgren and his colleagues wanted to test the idea that introduced herbivores were picking up ecological slack from their extinct counterparts. The team dug through scientific literature to create an enormous list of both living and extinct herbivore species from the last 126,000 years. They categorized them by body size, anatomy, diet and how their guts ferment vegetation, then compared how the lifestyles of introduced and extinct herbivores in a region overlapped.

The team expected to find that assemblages of purely native species would be closest to Pleistocene ecosystems. But mixtures of exotic and native animals were a closer match.

“You’d expect that these introductions would have increased changes and threatened native species with competition,” Mr. Lundgren said. “Instead, it seems like the creatures that have really flourished have all been ones that are ecologically distinct from native species, and restore lost ecologic capacities.”

In Northern Australia, grazing by water buffalo, the largest herbivores since the continent lost its giant marsupials, reduces the frequency and severity of wildfires, Mr. Lundgren said. Feral hogs, whose rooting in soil increases tree growth and attracts bird flocks, are replacing ecological work done by extinct giant peccaries in North America. The well-digging behavior of feral mustangs and burros in the American West most likely echoes the original American horses, which died out about 12,000 years ago.

Colombia’s hippos have multiple analogues: When they leave the water at night to graze in meadows, they take on roles similar to extinct giant llamas. Their daytime defecations in the waterways — a keystone of many African river habitats — dump massive amounts of nutrients into underwater systems, much as a vanished semiaquatic rhino-like animal might have done.

These kinds of comparisons have occasionally led people to suggest intentionally introducing exotic animals into modern ecosystems, most famously in a proposal that called for a “Pleistocene rewilding.” This team cautions that they are not arguing for introductions, merely looking at the traits of animals that have already been introduced.

But while introduced herbivores may echo extinct species, that doesn’t mean their impacts are the same: Pleistocene herbivores lived in a world of vast, undeveloped landscapes and abundant predators. Now, many habitats are fragmented, large predators are in global decline, and people have not been as eager to introduce wild lions and tigers as they have antelope.

“Together, predator depletion and landscape fragmentation have caused some introduced herbivores to become a problem,” said John Rowan, a paleontologist at the University of Massachusetts and co-author of the study. “But the point of our paper is that this probably has nothing to do with the herbivores themselves.”

Mr. Lundgren added that the ideal “of what’s natural is really an artifact of human creation. I think that worldview will bring some humility and curiosity when we look at these organisms and the way they change the world.”