An Icy Superhighway Once Carried Glaciers from Namibia to Brazil 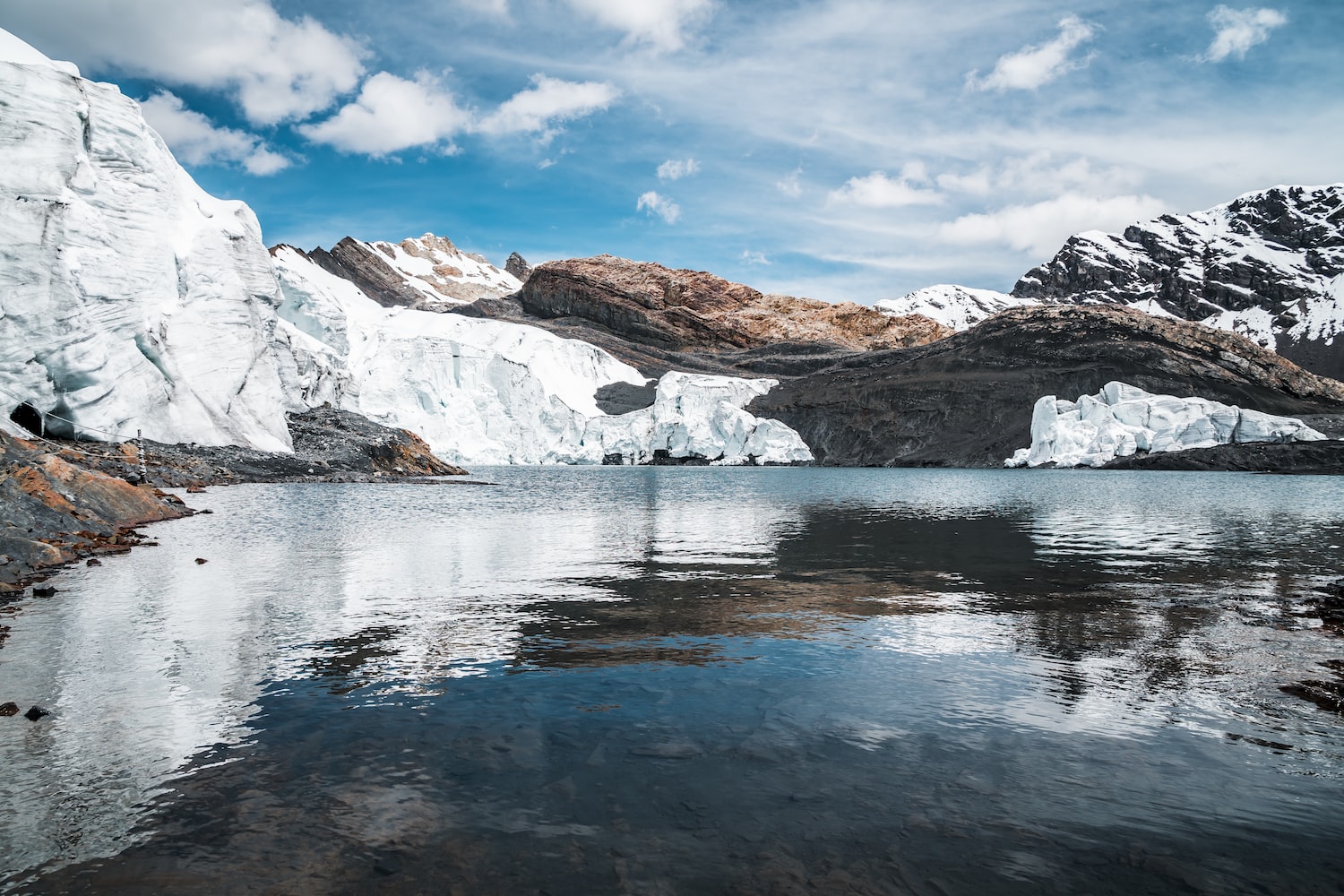 More proof that “Climate Change” is as old as the Earth.

NOTE: this article initially appeared at NYTimes.com on February 14, 2019. It was written by Robin George Andrews.

Researchers matched up a jigsaw puzzle of ice that once flowed between two landmasses now separated by an ocean.

Namibia is famed for its deserts, including the world’s oldest, a vast expanse of undulating, scorched sand dunes occasionally visited by an ethereal fog. But around 300 million years ago, Namibia was frozen and located near the South Pole, smooshed against what is now South America within the emerging Pangea supercontinent.

There, it was a superhighway for fast-moving ice, as glacial fragments slipped away from a colossal ice cap in southern Africa, and carved signatures in the underlying rock as they sped into what is now Brazil. The two countries today are separated by roughly 3,500 miles of Atlantic Ocean. But a team of researchers reported last month in PLoS One that they had pieced together a picture of this ancient flow of ice between the two landmasses.

The key piece of evidence came in the form of lacerated Namibian hills formed long ago by the migration of glaciers and icy rivers. This study features some of the oldest descriptions of these ice-formed sculptures, and it is the first time they have been described in southern Africa.

“Trying to identify such ancient features in the geological record is a tremendous challenge,” said James Lea, a lecturer in glaciology at the University of Liverpool who was not involved in the study. But if the findings are confirmed by additional field work, he said, “their preservation represents a minor miracle, and provides a fascinating insight into the behavior of a largely lost ancient glacial landscape.”

Scientists already had predicted that all the glacier-transported rocks they were finding in Brazil must have been fed by ice streams from somewhere in southern Africa, said Graham Andrews, an assistant professor of geology at West Virginia University and an author of the study. He and Sarah Brown, also a geologist and co-author, and his wife, found their evidence by serendipity.

During field research in Namibia’s northern deserts, they were out looking at volcanic rocks. On the last day, some especially curved hills caught Dr. Andrews’ eye.

To him, they looked like drumlins, sedimentary castles that dot parts of his native Northern Ireland. They typically are built when the sediment dragged along by glaciers falls off and accumulates in a stretched-out pile.

Dr. Andrews’s field guides in Namibia had not considered the hills to be of glacial origin. Back at home, he proposed his “completely crazy” idea to a pair of students in his lab.

Andrew McGrady, one of the two students, used satellite imagery to help classify nearly 100 of these strange sedimentary features. Some of the more elongated forms are called whalebacks, and the largest are called megawhalebacks. Their outlines generally matched other surface features crafted by glaciers around the world.

Namibia’s drumlins, whalebacks and megawhalebacks were also carved with gigantic scratch marks. Such scars could have formed only if ice was streaming past them at several hundred feet per year, essentially making the erosive blocks the Formula 1 race cars of the glacial world. In contrast, the surrounding glaciers would have appeared almost stationary.

Ancient Namibia resembled the upstream portion of an enormous ice flow. Shannon Maynard, another student working with Dr. Andrews, translated many Portuguese-language studies on ancient South American ice deposits. They reported that parts of Brazil appeared to be a dumping ground for a large amount of material moved by glaciers. That suggested that the material that ended up in Brazil had come from ancient Namibia.

Research on these features doesn’t just provide a window into Earth’s distant past. Lauren Knight, a glacial geomorphologist at the University of Portsmouth, explained that this ancient ice stream could be compared to those found today in places such Antarctica and Greenland. Even 300 million years later, these formations could shed light on how ice will respond in the modern, ever-warming world.

Both stories, past and present, are about loss. “These superhighways of ice are how ice caps actually die,” said Dr. Andrews.