You Don’t Need To Be A Rocket Scientist To See What’s Coming via Wildfires This Season! 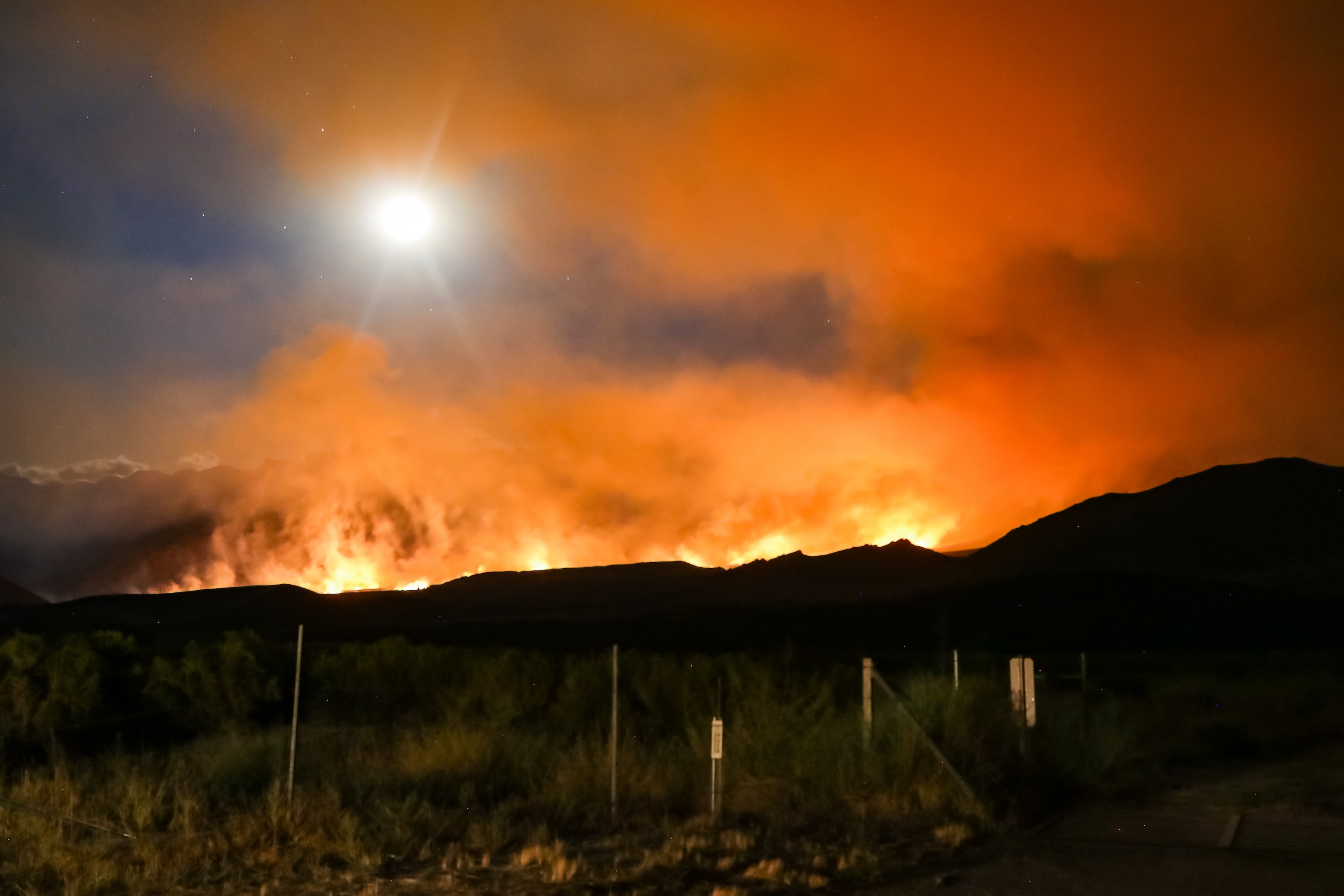 NOTE: this article is courtesy of William E. Simpson II. It is published here with permission The recent pattern of alternative sun and rain has generated a prodigious crop of seasonal grass and brush, the primary and most dangerous flashy fuels.

According to InciWeb wildfire forensics, over 60% of catastrophic mega-fires & now giga-fires are primarily fueled by seasonal grass and brush, which is spawned each spring, and is bone dry by July.

Prescribed burning during winters has no effect on these seasonally-renewed annual fuels. Taxpayers have been unreasonably burdened with doubled and tripled costs of increased firefighting budgets, with the result being that the intensity, number and size of wildfires has essentially doubled year over year. This is a very bad result, and shows there is a serious underlying flaw in the current approach to wildfire reduction.

In fact, the results of the existing approach are so rotten, that the Government has been shown to be under-reporting wildfire statistics, thereby misinforming the public, in what seems to be a scheme to make their horrible results seem less terrible!

Here’s an Eye-Opening assessment from the Congressional Research Service that shows there is intentional under-reporting of wildfire statistics to the public! (https://sgp.fas.org/crs/misc/IF10244.pdf)

Greed & money are influencing the situation, and at great cost to taxpayers and the environment, as we learn in this article:

And, the exorbitant costs Americans are paying, in loss of human lives, hundreds of homes incinerated annually, along with incinerated forests, wildlife and degraded watersheds from this clearly failed paradigm of prescribed burning, is unbearable.

If we are intelligent and logical, we must acknowledge failed paradigms, and evolve.

In the not to distant past, we had more than 3-million more large-bodied herbivores just in California and Oregon, which are no-longer living due to failed wildlife mismanagement via ecologically flawed hunting management, disease and vehicle incidents.

The currently failed natural resources management is compounded by the corrupted management of wild horses by the Bureau of Land Management and United States Forest Service, who based upon their new wildfire revenue model (burning our forests) I call the United States Fire Service.

Those now missing 3-million herbivores, which included thousands of wild horses, were ubiquitously grazing approximately four (4) Million Tons of grass and brush each year just in California and Oregon.

The IMPORTANT thing to understand is that native herbivores (includes wild horses) graze year-round in the most remote wilderness areas where fuels maintenance is virtually impossible yet critically important, and maintains those wildfire fuels (grass & grass) to nominal levels year-round, thus keeping these fuels from attaining prodigiously excessive amounts.

That action by native herbivores on remote wilderness landscapes keeps wildfire in the realm of ‘normal’ wildfire, which is required by some conifers for reproduction, and such wildfire burns low and slow due to reduced, naturally managed fuels on the landscape.

What can we do, now that the native herbivore populations have collapsed?

There is a lot we can do, if we demand change: If these 60,000 wild horses were properly deployed into carefully targeted/selected remote wilderness areas, they can cost-effectively reduce and seamlessly manage 330,000 tons of annual grass and brush!

And ‘targeting’ their deployment is what is KEY!

We can easily identify areas in our vast critical wilderness (est. 110-million acres) where rich deposits of champion (heritage forests) trees and wildlife must be protected from catastrophic wildfire. And by deploying native species American wild horses into such targeted areas, which don’t conflict with livestock grazing, we can effectively protect some of these areas.

How do we know this?

This family of wild horses symbiotically grazed and maintains a critically important fire-break in the Cascade-Siskiyou National Forest. The BLM ignorantly wants to remove them, and others like them.

We have a proven model, where a small herd of wild horses helped stop a catastrophic wildfire. And, where these wild horses have lived for centuries, the landscape is considered pristine.

More at this Article:

The Bureau of Land Management (BLM) is currently holding approximately 60,000 wild horses it has rounded-up in temporary and long-term holding feedlots and charging American taxpayers nearly $100-Million annually for this exorbitant boondoggle!

Considering the massive value proposition and service that these now captive 60,000 wild horses could provide if rewilded back into selected wilderness areas in wildfire fuels grazing roles in key locations (areas that are both economically and ecologically appropriate), it’s virtually a crime to keep these wild horses out of the wilderness habitats where science now proves they reduce the frequency and intensity of wildfires.

Using comparable metrics in determining the costs for wildfire fuels reduction/maintenance in remote wilderness areas (aka: ‘Firesheds’), and comparing those costs and practicality to; prescribed burning, chemical applications, biomass, etc., we easily find that due to extreme costs and risks in addressing wildfire fuels on over 110-million acres of designated wilderness, these artificial methods are simply obtuse given the costs and complications as compared to the way Nature’s herbivores control fuels free of cost, and in real-time.

We also find that the massive costs for wildfire losses (insured and uninsured) due to an ongoing failure to implement wildfire prevention measures using native species wild horses (low hanging fruit) is corrupt and is grossly negligence.

Read: Oregon will have a much harder time filing a claim on its wildfire insurance policy (OPB)

Considering the horrific magnitude of losses for annual catastrophic wildfire, there is no excuse for not deploying wild horses back into their evolved roles as native species keystone herbivores using the Plan known as Wild Horse Fire Brigade.

Rewilding captive native wild horses from BLM feed lots, combined with relocating them from Herd areas where wild horses are deemed to be in conflict with livestock grazing, and humanely deploying them as unmolested family bands back into at-risk remote wilderness forest areas saves timber, wildlife, watersheds, fisheries, the wild horses, and also creates more livestock grazing on Herd Areas.

William E. Simpson II is an ethologist living among and studying free-roaming native species American wild horses. William is the award-winning producer of the micro-documentary film ‘Wild Horses‘.  He is the author of a new Study about the behavioral ecology of wild horses, two published books and more than 150 published articles on subjects related to wild horses, wildlife, wildfire, and public land (forest) management. He has appeared on NBC NEWS, ABC NEWS, theDoveTV and has been a guest on numerous talk radio shows including the Lars Larson Show, the Bill Meyer Show, and on NPR Jefferson Public Radio.