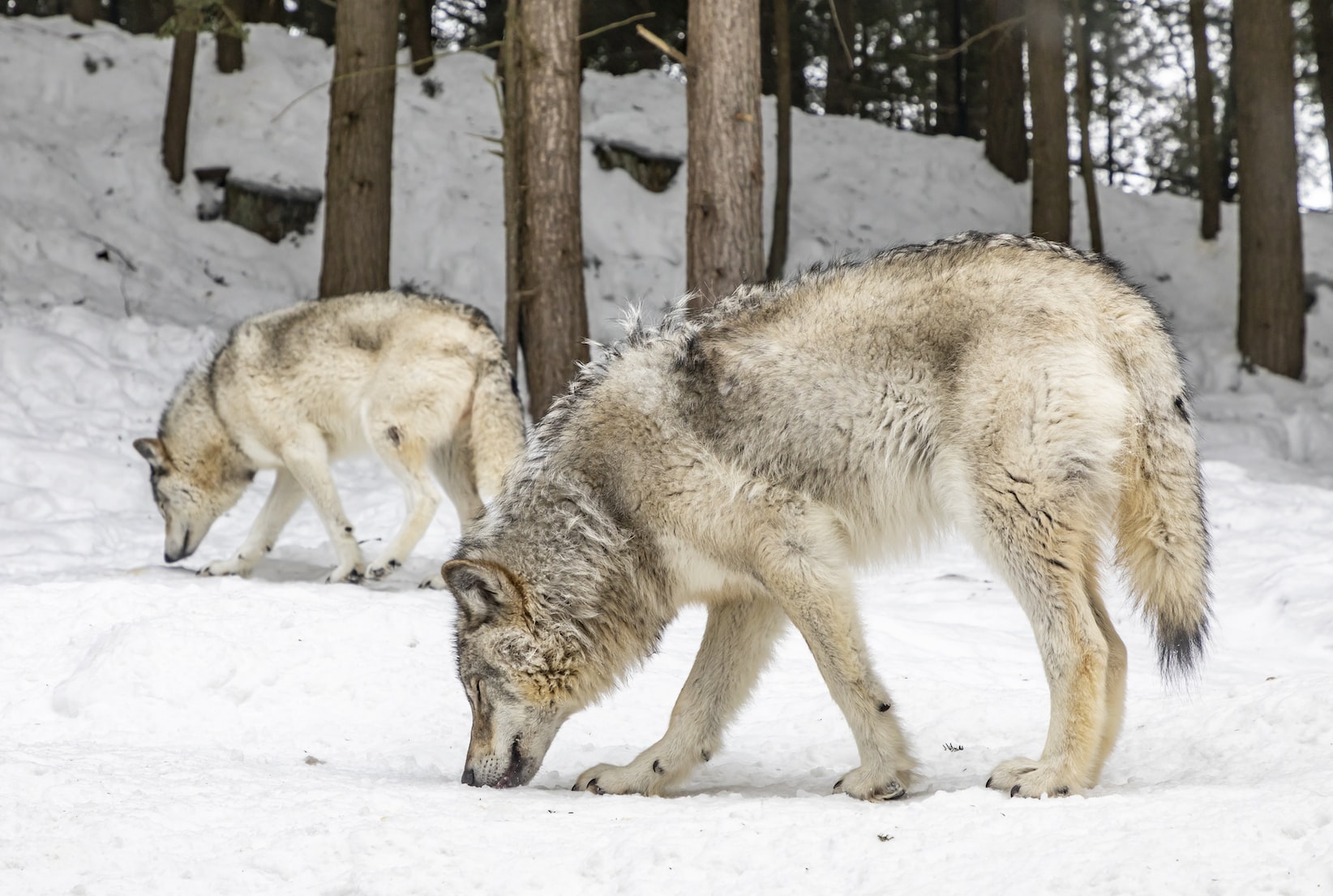 NOTE: this article was originally published to Click2Houston.com’s Apple News Channel.com on May 24, 2021. It was written by Christina Larson.

Scientists found that an unconventional way of reducing the frequency of deer-auto collisions could be allowing wolves to roam a landscape.

Ecologist Rolf Peterson remembers driving remote stretches of road in Michigan’s Upper Peninsula and seeing areas strewn with deer carcasses. But that changed after gray wolves arrived in the region from Canada and Minnesota.

“When wolves moved in during the 1990s and 2000s, the deer-vehicle collisions went way down,” said the Michigan Tech researcher.

Recently, another team of scientists has gathered data about road collisions and wolf movements in Wisconsin to quantify how the arrival wolves there affected the frequency of deer-auto collisions. They found it created what scientists call “a landscape of fear.”

“In a pretty short period of time, once wolves colonize a county, deer vehicle collisions go down about 24%,” said Dominic Parker, a natural resources economist at the University of Wisconsin, Madison and co-author of their new study published Monday in the journal Proceedings of the National Academy of Sciences.

Both thinning of the deer population by wolves and behavior changes in fearful deer are factors in the drop-off, Parker said.

“When you have a major predator around, it impacts how the prey behave,” he said. “Wolves use linear features of a landscape as travel corridors, like roads, pipelines and stream beds. Deer learn this and can adapt by staying away.”

Gray wolves, among the first species protected under the Endangered Species Act in 1973, were reintroduced to Yellowstone National Park in 1995. But in other regions of the U.S., gray wolves have dispersed naturally; the population in the lower 48 states now totals about 5,500.
The new study said that the presence of wolves, maligned by ranchers whose livestock suffers predation, also can save money by indirectly reducing deer-vehicle collisions. In 2008, a study for the U.S. Department of Transportation estimated those crashes cost more than $8 billion annually.

“Most economic studies of wolves have been negative, focusing on livestock losses,” said Dave Mech, a senior research scientist for the U.S. Geological Survey in Minnesota, who was not involved in the new study and praised it. “But wolves also reshape ecosystems in many ways, although that’s hard to measure economically.”

Some studies have looked at tourism revenue generated by wolf-watchers in Yellowstone, but that money doesn’t flow directly to communities living alongside wolves, said Jennifer Raynor, a natural resources economist at Wesleyan University and a co-author of the new study.
“We wanted to look at other ways the wolves impacted the region,” Raynor said. “These auto collisions are happening, or not happening, in rural areas, and so are livestock damages.”

Michigan Tech’s Peterson, who was not involved in the research, said, “If anything, the researchers underestimated the value of the deer-vehicle crashes. The deeper dimension of these collision costs can include large medical bills and, sometimes, human fatalities.”

A 2016 study found that cougars decreased the number of deer-vehicle crashes in parts of the eastern U.S. by about 22%.

The wolf study “adds to growing awareness that scientists should consider both the costs and the benefits of having large carnivores on the landscape,” said Adrian Treves, a University of Wisconsin conservation biologist not involved in the study.