When Were Dogs Domesticated?

“How long have dogs lived with humans? According to the article below, “In Central Asia a 33,000-year-old dog’s skull was unearthed in a cave in the Razboinichya Cave in the Altai Mountains and three slightly later examples of dog remains were unearthed in other sites in Russia.”

NOTE: this article was originally published to countrylife.co.uk on January 9, 2021. It was written by Martin Fone.

Dogs have never been more popular — as soaring puppy prices (and the worrying number of scams) show. But our love affair with dogs is anything but new — it’s older than even our most ancient civilisations, discovers Martin Fone.

We (the UK) are a nation of pet owners with some 41 per cent of UK households revealing that they owned at least one type of pet in 2019-20. Top dog amongst the pets we own is the pooch, twenty-three per cent of households reporting dog ownership, leaving its closest rival, the cat, trailing in its slipstream at 16%. Confirming the old adage that they are man’s best friend, a survey in 2019 suggested that the principal reasons for owning one were their ability to make them happy (48%), to provide love and affection (45%) and to provide companionship (35%).

After the year we have all just had we need to grab all the comfort and affection we can lay or hands on and pets, and dogs in particular, have played no small part in relieving those ever-present feelings of isolation and loneliness. They even provide a reason to leave the house.

It is no wonder then that the Kennel Club reported that between the start of the first national lockdown and the end of May 2020 there had been a 168% increase in people searching for puppies for sale on their website. This surge in demand has driven up the price of puppies, Pets4Home reporting an average asking price between March and September last year of £1,883 compared with £888 during the same period in 2019. Cocker spaniels saw the highest year-on-year inflation (184%), followed by Jack Russells (180%), cockapoos (168%), and border collies (163%).

As sure as Fido follows ‘here, boy’, a market characterised by high demand and rising prices will attract the attentions of the less desirable strata of society. Over the last twelve months there has been a rapid increase in canine-related crimes, including ‘dogfishing’, where prospective owners are conned into buying dogs which have been imported illegally into the country, advance fee fraud where scammers, citing Coronavirus restrictions as a reason to prevent buyers from visiting their prospective purchases, demand payment upfront to meet the fees of and to secure a pet that is a figment of their imagination, and “dognapping”. Police report that thieves especially target bitches and that pregnant dogs are particularly at risk.

Quite when man first domesticated or, perhaps more correctly, enjoyed the company of dogs is a question still open to debate. One theory posits that modern dogs were descended from a small wolf and that the genetic divergence occurred between 20,000 and 40,000 years ago.

In 1914 the skeletons of two humans were found with some animal bones, including the right mandible of a canine-like creature, buried in a basalt mine at Oberkassel in Germany. The significance of the mandible was not realised at the time and ascribed to a wolf. 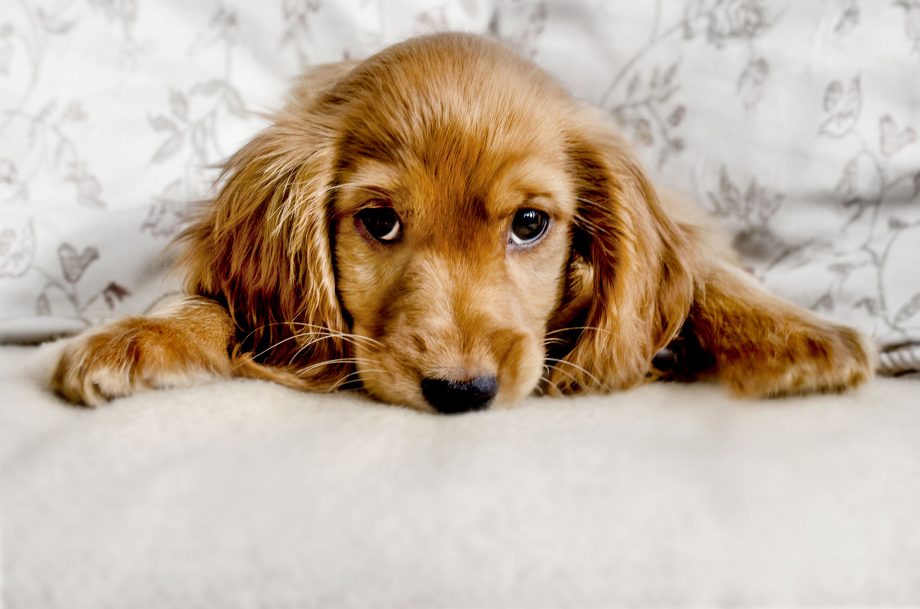 Only in the late 1970s, after the bone had been subjected to mitochondrial DNA analysis, was it found to match that of canis lupus familiaris, the domestic dog. Dating from around 14,200 years ago, it is now considered to have belonged to a direct ancestor of the modern dog, the earliest undisputed example of its existence and association with humans.

That may not be the end of the story, though. More recent archaeological finds, including the remains of large husky-like dogs found in Hohle Fells in Germany and the Goyet Caves in Belgium, have led some to conclude that the Aurignacian people of Upper Paleolithic Europe domesticated dogs some 35,000 years or more ago.

Over in Central Asia a 33,000-year-old dog’s skull was unearthed in a cave in the Razboinichya Cave in the Altai Mountains and three slightly later examples of dog remains were unearthed in other sites in Russia. Whether these are direct ancestors of the modern dog or a form of proto dog is still a subject of intense taxonomic debate.

Frustrating as it is that we cannot date more precisely when dogs were first domesticated — or, even more fancifully, hazard at the identity of the first owner — it is quite clear that they were man’s companions well before Homo sapiens settled into a more agrarian lifestyle.

As for the extraordinary story of how dogs cemented their position? That’s a ‘tail’ (ho ho) for another day…