Well-Employed During the Crisis: Landscaping Goats Property owners worried about fire dangers should be considering goats and mechanical clearing as a safer and cheaper alternative to costly, dangerous and very unpopular prescribed burns.

In addition to safety and cost, goats are much better for the health of the land they graze – and the environment. This is because they cycle precious carbon back into the soil, whereas fires convert organic material to gas which is released into the atmosphere.

NOTE: this article was originally published to WSJ.com on December 15, 2020. It was written by Konrad Putzier.

The animals are hired to clear land because of their insatiable hunger for weeds. And they don’t have to honor lockdowns.

Candace Thompson, manager of the Stuyvesant Cove Park in lower Manhattan, was pulling on a giant bindweed one day when a woman eating lunch nearby offered some advice.

The park manager was intrigued. She placed an order for 20 of the animals, which arrived in early September in a trailer from Rhinebeck, N.Y. Two and a half days later, most of the weeds were gone.

Goatscaping, as this trick is called, has grown in popularity in recent years as an environmentally friendly way to clear overgrown lots. Covid-19 has boosted the demand. Goats can be on the job during lockdowns. Ms. Thompson turned to goats after New York City’s spring restrictions forced the park’s usual group of volunteers to stay home and left it full of weeds. 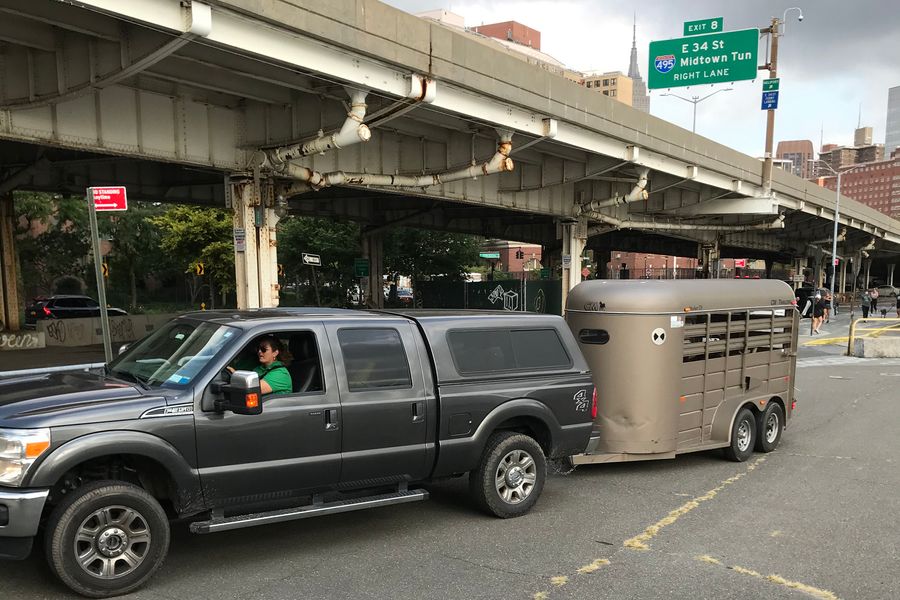 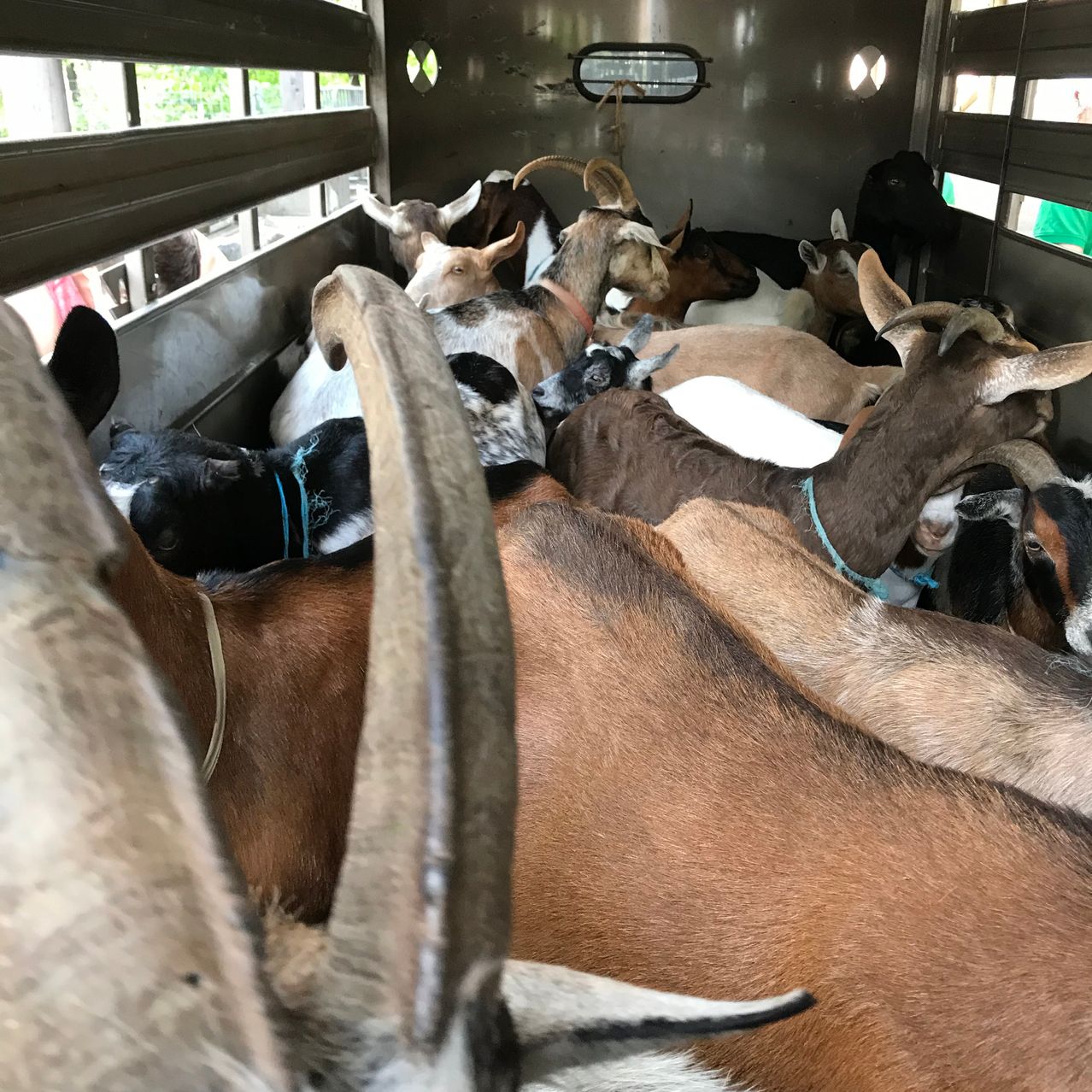 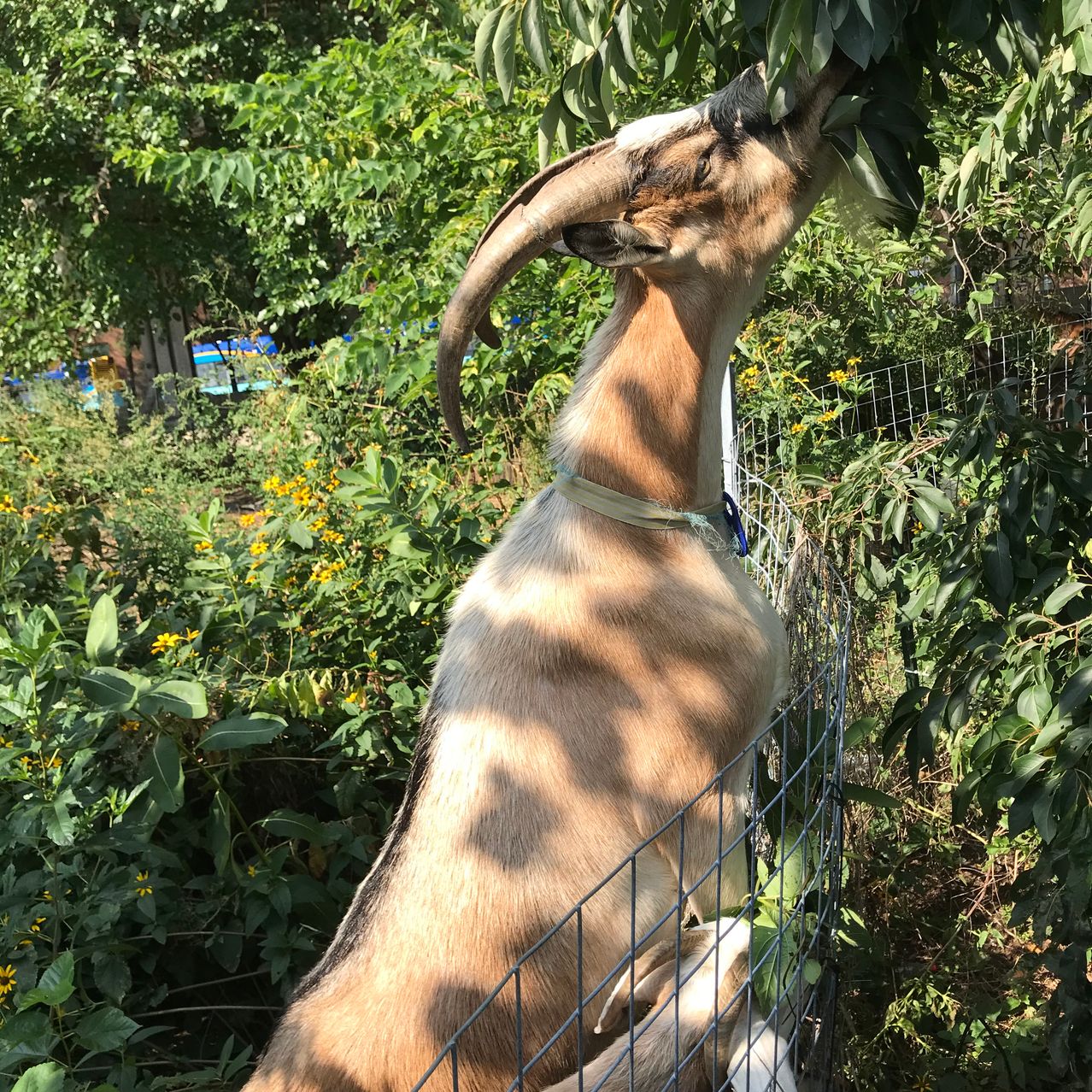 Goats at work also offer instant entertainment for children stuck at home during remote learning. When Lansing Davis of Mill Valley, Calif., hosted three goats from September to early December on his 2-acre property, his daughters aged 4, 7 and 9 were excited to have them and got to know their different personalities, while neighborhood kids fed them through the fence.

“We were looking for positive distractions,” Mr. Davis said.

Not that you have to be a child. Sarah Baird rented some goats to control the weeds at the rural home near Buffalo, N.Y., where she and her husband were bunkered in September, and soon found she enjoyed their company. “We’ve actually had family conversations about whether we should get our own goats,” she said.

Hiring goats and sheep as landscapers goes back a ways. The White House had a flock of sheep to keep weeds in check during World War I. Competition from gas-powered lawn mowers and then weed whackers eventually put most animals out of work.

Sheep grazed on the White House lawn in 1919. PHOTO: LIBRARY OF CONGRESS

Renting five goats might cost around $500 for a week. Goatscaping companies provide a fence and water buckets plus, if needed, a herder.

The goats typically arrive by trailer, briefly scan the grounds, then set to work. Before long, little vegetation is left.

“It’s like mowing your lawn, but with four-legged weed whackers,” said Larry Cihanek, who has 180 goats in Rhinebeck that he rents out for landscaping jobs in several states.

Goatscaping has its challenges. The goats form relationships with each other, and they can become miserable when they are separated, according to Mr. Cihanek. He said he keeps such goats together on assignments.

The job isn’t particularly dangerous, but injuries can happen. One of Mr. Cihanek’s goats grazing in a cemetery broke a leg when it got stuck between two tombstones. He created a cast and put the worker back on the job after recovery.

While out weeding in the fields, some goats have tried to make a break for it. “A goat will clear a 6-foot fence from a stop,” said Genevieve Church, who runs a goatscaping nonprofit called City Grazing in San Francisco.

On assignment years ago, some of her goats went on the lam. They broke into a neighboring garden, destroying a collection of roses. Ms. Church had to pay for the damage.

The neighbor wasn’t upset for long. “He thought it was the funniest thing,” she said.

City goats often need overnight supervision. Those at Stuyvesant Cove Park in New York were kept inside the park by a fence that the goat supplier built, but Ms. Thompson felt compelled to sleep in a van in the park to keep an eye on them.

On the first morning, she woke up to voices. “I look out my van window and there’s a dude standing there feeding them chips,” she said. “I was like, ‘Sir, can you not do that, please?’ ”

Landscaping is a second career for many goats, after working in the dairy trade. Some owners have followed an analogous course, ditching deskbound jobs for the goat business.

Mr. Cihanek spent decades in the Manhattan advertising industry before moving upstate and buying a farm. Jennifer Zeitler, who runs Let’s Goat Buffalo, the company Ms. Baird booked, worked in corporate employee benefits before deciding she wanted to be closer to nature.

With 15 goats, Let’s Goat Buffalo is one of the newer and smaller goatscaping ventures. Among the biggest is Living Systems Land Management in Coalinga, Calif., which has around 9,000 goats and sheep. It recently sent 1,200 goats to clear weeds from a levee alongside the Sacramento River so engineers could more easily spot any holes, said Mike Canaday, one of the owners.

Each spring, hundreds of his goats arrive in Agoura Hills, northwest of Los Angeles. Guarded by herders and dogs, they spend six to eight weeks on 80 acres of open land around homes, clearing it of anything that could tempt a wildfire.

At $50,000, the goats cost about half as much as hiring people to control the weeds over the course of a year, said Jan Gerstel, president of a local homeowners’ association.

And they leave no cut grass behind. He credits their appetite with saving his neighborhood from a 2018 blaze called the Woolsey fire, which destroyed more than 1,500 buildings on 97,000 acres and took several lives. Mr. Gerstel said the flames reached the edge of the area the goats had grazed on, then stopped.

“They literally eat down to the dirt,” he said, “and there’s nothing left to burn.”