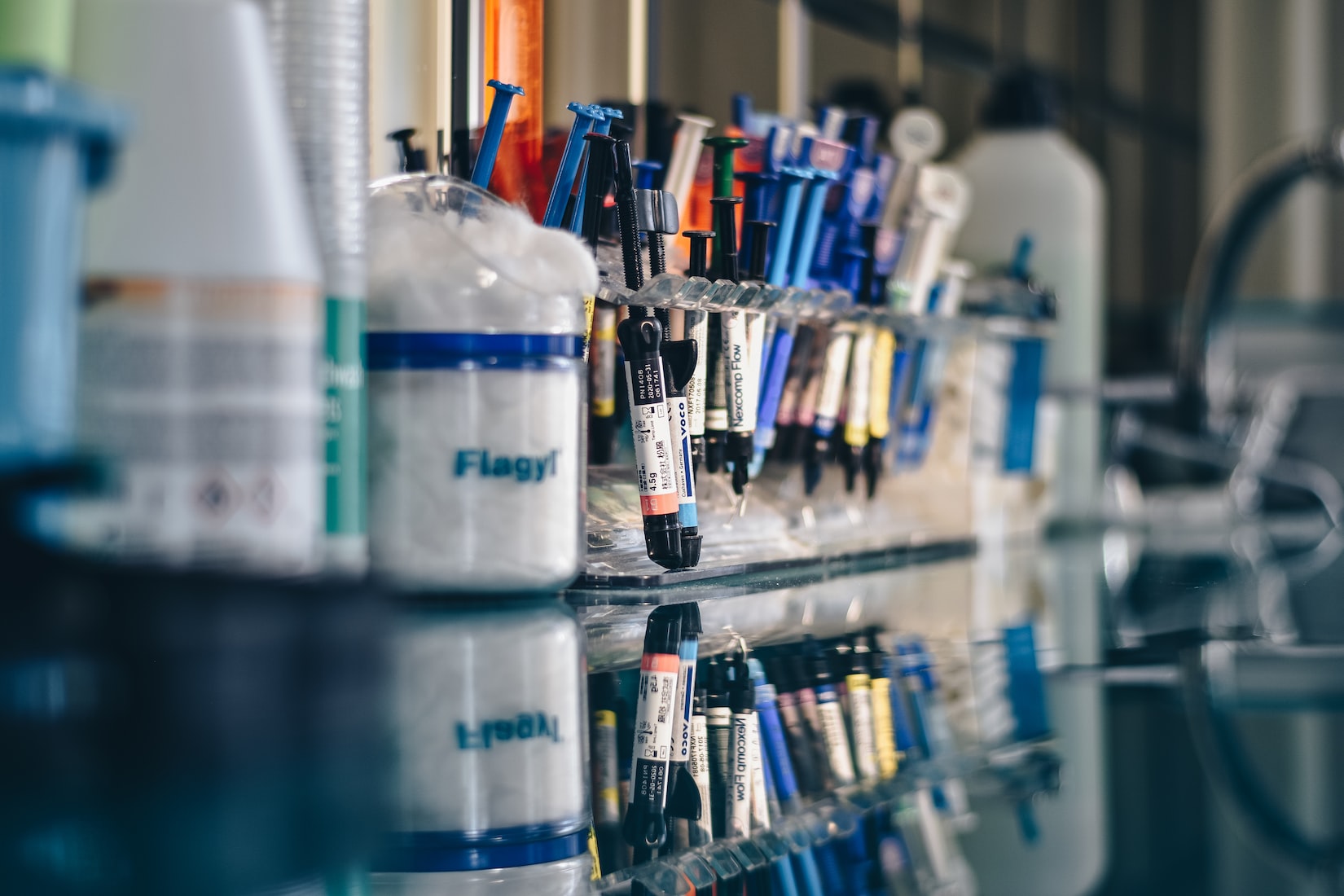 As the article below discusses, the increasing use of herbicides, pesticides and antibiotics commonly used in industrial ranching and farming is catastrophic for habitat, wildlife and fisheries.

Regenerative agricultural methods can greatly reduce—and often eliminate—the use of these toxic agents. Subsidizing the practices that eliminate these poisons is far cheaper than trying to correct the damage they do to nature and human health—or suffering the disaster of doing nothing.

NOTE: this article was originally published to NationalGeographic.com on December 6, 2019. It was written by Carrie Arnold.

Millions of pounds of antimicrobials end up in livestock each year, seeping into the environment and harming species like dung beetles.

The cows on Bobby Whitescarver’s farm can wander through his lush pastures pretty much as they please. But there’s one place on the farm where they’re not allowed to go.

Along the property’s stretch of the Middle River, thickets of false indigo tower overhead, their lower leaves wrapped in the thorny, protective embrace of blackberry shrubs. Native hardwoods like hickory and sycamore festoon the banks of the river, which meanders through the 40-acre cattle farm tucked into the foothills of Virginia’s Blue Ridge Mountains.

Whitescarver and his wife, Jeanne Hoffmann, have spent 15 years building this wall of vegetation—all to keep bovines at bay.

“Once you get the cows out, it’s amazing how quickly the stream can heal,” says Whitescarver, standing next to the river and beaming from beneath his trademark Stetson. Now, native brook trout swim through his property, as do an impressive array of aquatic insects, such as caddisflies, whose presence indicates a healthy river.

But it wasn’t always this way.

When Whitescarver allowed his cows to traipse through the river, their hooves churned up sediment, eroding the banks and killing some aquatic life. The cows’ waste, however, caused bigger problems as it traveled downstream. Manure runoff contains nitrogen and phosphorus, which can drain into the Chesapeake Bay and cause harmful algal blooms. Other contaminants usually go along for the ride, such as medications given to the livestock: antibiotics, antiparasitic medication, and even painkillers—which Whitescarver uses sparingly, and only on sick cows. (Read how most rivers around the world are awash with antibiotics.)

Yet such efforts are rare; many farmers or landowners do not have the resources to avoid polluting waterways with manure, a phenomenon that’s proved disastrous for wildlife. In 2017, the U.S. Food and Drug Administration reported that more than 22 million pounds of antimicrobials—which includes antibiotics and antiparasitics—were sold in the U.S. for use in livestock alone. Considering there are nearly one billion cows around the world—not to mention chicken, pigs, sheep, and horses—a staggering amount of livestock pharmaceuticals are entering the water, both freshwater and marine, experts say. And from birth control hormones feminizing male fish to painkillers poisoning vultures, the impacts of such drugs on wildlife are more far-reaching than previously believed. For instance, a recent study conducted in Mexico has found that anti-parasitic medications such as ivermectin are creating smaller, sickly dung beetles—opening a new line of research into a formerly overlooked and extremely beneficial group of animals.

“People ask me why this is a problem, or just say, At least the fish won’t have a headache,” says Barbara Kasprzyk-Hordern, an environmental chemist at the University of Bath in the U.K. “We need to learn to place ourselves in the wider environment.” (Read how farms can reduce pollution of waterways.)

Two thousand miles southwest of Whitescarver’s farm, in Xalapa, Mexico, ecologist Daniel González‐Tokman was getting calls from ranchers and farmers throughout Mexico with a different kind of bovine dilemma. Their manure was piling up in the pastures, as the country’s more than 200 species of dung beetle, which have long thrived among domestic livestock, seemed to be disappearing. Dung beetles are crucial players in cow pastures, among other things recycling dung, eating pests, and redistributing nutrients in the soil.

When González‐Tokman, of the National Autonomous University of Mexico, investigated, he discovered the ranchers had been treating their cattle with a drug called ivermectin to treat roundworm and other parasites, or to prevent these infections from occurring at all. It’s a cheap and effective drug, he says, but there’s one major problem: Much of the ivermectin given to cattle is excreted onto the ground, where it can harm and outright kill many arthropod species, including dung beetles. (Learn how dung beetles are amazing navigators.)

This residual ivermectin is especially detrimental to dung beetles because they’re corprophagous, meaning they eat feces. Females in some species roll up balls of manure in which they deposit their fertilized eggs, whereas other species eat dung without rolling it.

In their experiments, González‐Tokman and colleagues tracked how dung from ivermectin-treated cows affected three different species of dung beetle. The scientists found that the beetles eating ivermectin-laced dung grew into adults with smaller bodies and less fat, both signs of an unhealthy beetle. The differences were also greater in females than males, although the scientists still aren’t sure why.

“The amount of ivermectin that passes into pastures is much higher than necessary,” González‐Tokman says. “Prophylactic use of these medications is a big threat, and it’s a worldwide problem.”

Governments have offered few formal solutions, though the European Union requires new drugs given to pasture animals be tested on dung beetles first to make sure they’re not toxic.

And while some pharmaceutical companies, such as Boehringer Ingelheim—which makes Ivomec, a type of cattle ivermectin—have programs to decrease the preventative use of antiparasitics, part of their strategy to reduce drug resistance, these initiatives don’t include wildlife impacts.

A spokesperson for Boehringer Ingelheim declined to comment on this article.

Discerning the sometimes subtle toxicities caused by pharmaceuticals or other chemicals is challenging enough in humans, says Kasprzyk-Hordern, but scientists can’t assume that every organism will have the same response to the same drug. Regardless of the species or the compound, she says that understanding how the drug gets into the animal is the first step.

Most pharmaceuticals in manure enter the environment via agricultural runoff, the incomplete treatment of wastewater, and the application of biosolids—or treated sewage sludge—to farms as fertilizer, according to Robert Hale and Mark LaGuardia, analytical chemists at the Virginia Institute of Marine Sciences. (Read how North Carolina is struggling to control waste from pig farms.)

If contaminants aren’t completely removed from wastewater, for instance, they can end up in the sewage sludge that’s then put back on crops. Some of these pollutants, including heavy metals such as lead and cadmium, are taken up by plants or return to groundwater sources, where they can be ingested by wildlife and humans.

That’s one way that the bacterium Escherichia coli, which is a normal part of bovine gut flora, can infiltrate food crops and make humans seriously ill.

“The use of biosolids puts all of the contaminants back into play,” Hale says. What those contaminants are, however, is unclear, as municipal wastewater testing is only required for a small number of compounds. “It’s a big black hole.”

But some connections between pharmaceuticals and wildlife decline are crystal clear.

In South Africa, Kerri Wolter, founder of the Vulture Conservation Programme, has been campaigning against the use of diclofenac, which is given to cattle as a painkiller and anti-inflammatory drug in parts of Africa and Asia and has led to massive declines in vultures on both those continents. Although the drug is safe in cattle, it’s highly toxic to the vultures that depend on cattle carcasses as a major food source: Even minute traces of the drug can cause kidney failure.

When farmers in India switched to diclofenac in in the 1990s, vulture numbers began to nosedive, and in 2004, researchers finally identified diclofenac-contaminated cattle as the cause. One species, the white-rumped vulture (Gyps bengalensis), lost more than 99 percent of its population, plummeting from 80 million to just a few thousand. (Read about efforts to fight vulture poisoning in Kenya.)

The impacts of this loss are reverberating throughout the ecosystem. A 2008 paper in Ecological Economics showed that feral dogs have stepped into the void left by vultures and, as dog numbers increased, so did the numbers of dog bites and, consequently cases of human rabies. Although India banned diclofenac for veterinary use in 2006, Wolter says that the expense of less-toxic alternatives combined with the easy availability of diclofenac on the black market means the drug is still in use—and still killing vultures.

Like González‐Tokman and his dung beetles, Wolter says it isn’t easy getting the public concerned about the plight of vultures, which tend to be perceived as “dirty creatures often associated with death, while we’re brought up to like clean and cute and cuddly,” Wolter says.

But, she adds, when feces and corpses start to pile up, people quickly realize how vital dung beetles and vultures are to maintaining the health of our ecosystems.

Back in Virginia, in the mid-2000s, scientists noticed that male smallmouth bass in the Potomac, Susquehanna, and other mid-Atlantic rivers began showing signs of feminization. (The Middle River joins the Shenandoah River, which empties into the Potomac.) These intersex fish had a mix of female and male genitals, and some males even began laying immature eggs.

Although biologists have yet to pinpoint the cause, they hypothesize that hormones from birth control treatments in both humans and livestock are being absorbed into the fish’s bodies and disrupting their endocrine system. (Read more about threats to freshwater wildlife.)

There are few easy solutions. Instead, reducing pharmaceutical pollution from livestock will require collective actions that require humans to change their thinking and their habits—like Whitescarver and his wall of vegetation.

“Cleaner water is less expensive to treat,” he says, “so the cost of not doing it is more than doing it.”