Too Many Deer on the Road? Let Cougars Return, Study Says 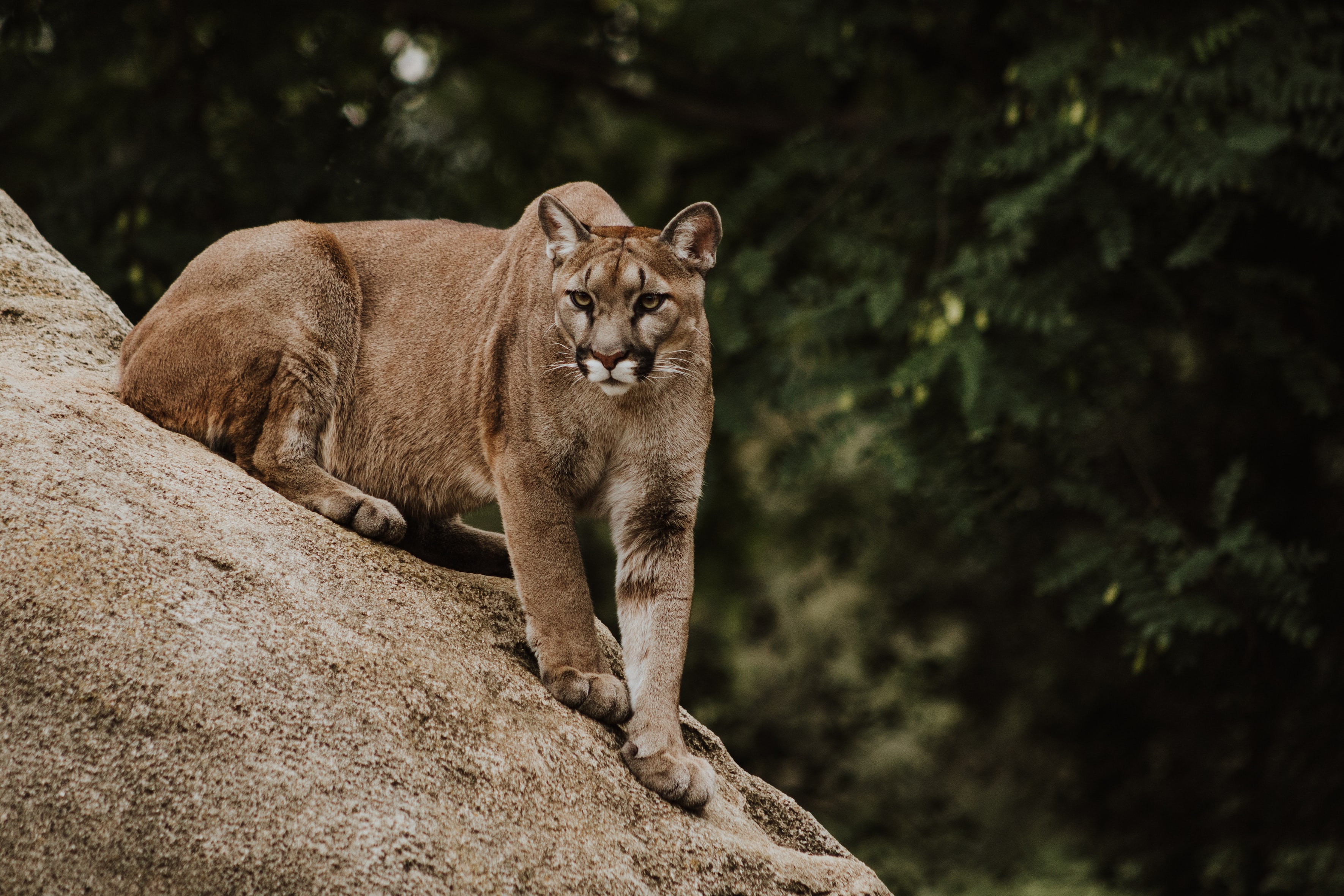 Predator removals are the most unnatural of all our wildlife “management” perversions.

Cougars can kill hundreds of deer over the course of their lives, leading some scientists to argue that restoring them to 19 states with large deer populations could prevent automobile-deer collisions.

And what other large mammal might significantly reduce those deaths?

The answer to the first question is the white-tailed deer. Deer do not set out to murder people, as far as anyone knows, but they do jump out in front of vehicles so often that they cause more than a million collisions a year, resulting in more than 200 deaths.

The answer to the second question, according to a new scientific study, is the cougar.

Laura R. Prugh, a wildlife scientist at the University of Washington; Sophie L. Gilbert, a wildlife ecologist at the University of Idaho; and several colleagues argue in the journal Conservation Letters that if eastern cougars returned to their historic range, they could prevent 155 human deaths and 21,400 human injuries, and save $2.3 billion, over the course of 30 years.

The scientists studied 19 states, including Maine, Missouri, Ohio, South Carolina and Wisconsin. Four other states — Delaware, Illinois, Maryland and Rhode Island — were part of the eastern cougar’s historic range, which was wiped out by the early 1900s. However, those states do not have enough open forestland to support viable cougar populations, the scientists said.

I have a personal interest in this new report. In 2004, I wrote an entirely selfish and completely undocumented essay lamenting the damage that deer were doing to my garden and suggesting, only partly tongue-in-cheek, that the lawn and garden community would be willing to sacrifice a few pets and joggers if mountain lions could be brought to the suburbs to get rid of the Bambi plague.

I noted that deer were also responsible for human deaths, although that was not my true motivation.

I’m sure I wasn’t the first to have this idea. What deer do to cultivated suburban yards can make otherwise peaceful people quite bloody minded.

But I didn’t do the numbers.

Dr. Prugh and her colleagues have done the numbers in an attempt to find some real answers.

The return of cougars on their own is entirely possible, they say. The animals have come back to parts of the Midwest over the past few decades and are starting to appear in the East. One animal was documented in Connecticut. That kind of natural repopulation would be likely to face less resistance than a human-engineered reintroduction, which she was not advocating, Dr. Prugh said.

But would their reappearance really help?

She and her colleagues took a methodical approach to putting together available numbers on how deer populations grow, how many car accidents involve deer and how accidents increase with a growing deer population. They gathered information on how many deer a cougar might kill — about 259 over an average life span of about six years — and how much open, forested land was necessary for cougars to sustain a wild population — about 850 square miles.

Then the scientists tested a variety of mathematical models and came up with their projections. One of the questions they needed to consider was whether the cougars would be killing just deer that would die anyway from starvation or illness.

The scientists took what Dr. Prugh said was a conservative approach that about 75 percent of the deer the cougars killed would have died anyway. They also considered that as adult deer decrease in number, more fawns survive. So killing deer doesn’t immediately shrink the population.

Adrian Treves, the head of the Carnivore Coexistence Lab at the University of Wisconsin, Madison, who was not involved with the study, said he was impressed with the analysis and thought it might underestimate the benefits of cougars. He said in an email that there would probably be an even greater reduction in deer-vehicle collisions, “if governments and private citizens allow cougars to recover to historic levels.”

Figuring out the downsides of having cougars back was more difficult. The numbers of cougars would be considerable in some states once the deer and cougar populations stabilized — about 1,000 each in New York and Wisconsin, 350 or so in Missouri and only eight to 15 in New Jersey. They estimated lost livestock values in the areas studied at $2.35 million a year. But they were not able to get good estimates of pet loss, because it is hard to pin down which pets that disappear were killed by cougars. They may have been killed by coyotes, or cars, or may have been taken in by someone else.

Also, they could not account for the obvious emotional response to predators. Even if the estimate is correct that five times as many people would be saved by cougars as would be killed, death by deer and cougar are different.

“The idea of being killed in a car crash with a deer just doesn’t scare people the way the idea of a cougar leaping on your back in the woods does,” Dr. Prugh said.

But she says she hopes that if cougars do return to the Eastern states, an understanding that they could bring tangible benefits will make people “a little more accepting, even if they are still scared.”

The little Mexican Wolf would be a physiologically beneficial addition to far-West Texas wildlife.