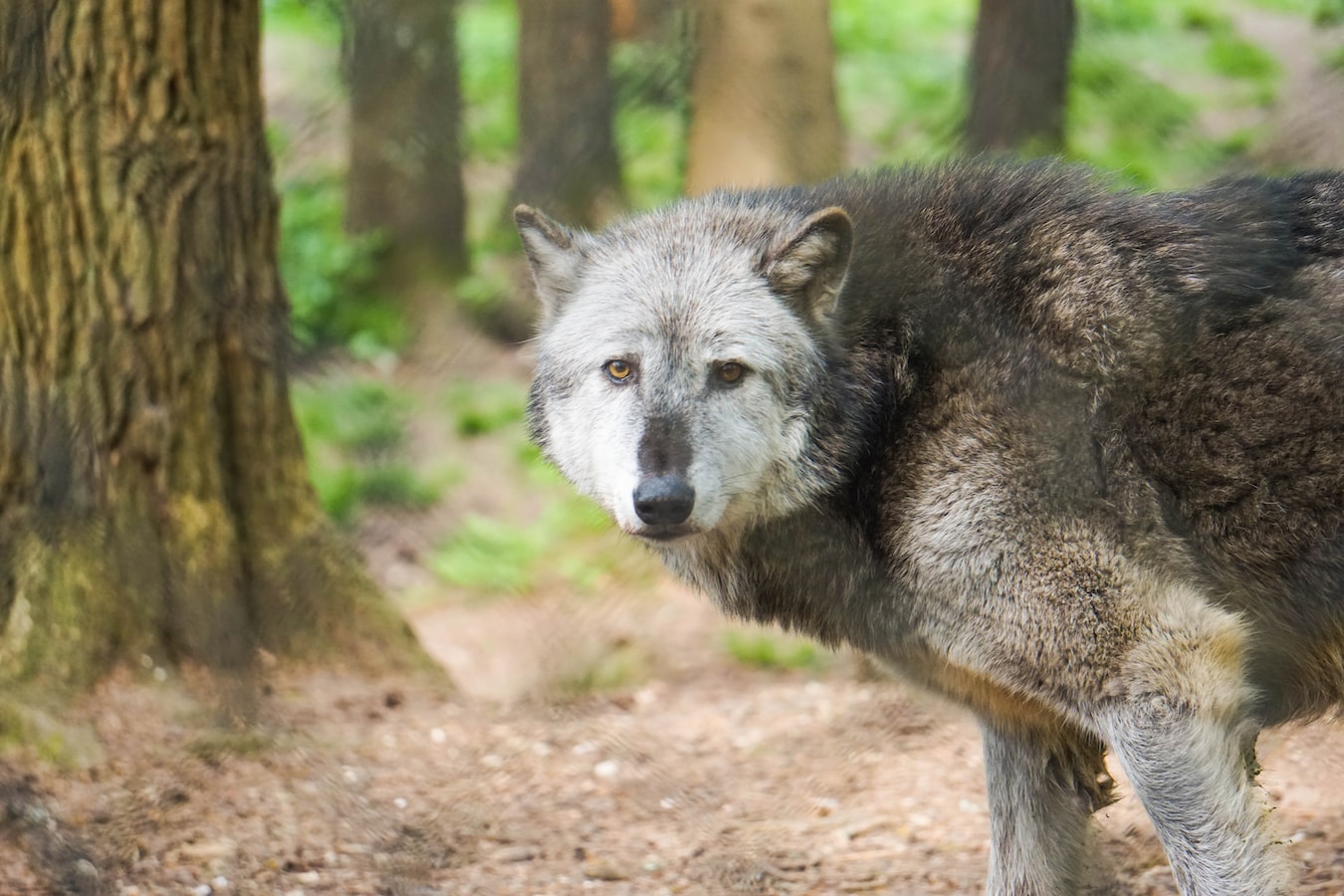 Historically, most landowners and wildlife managers have thought that killing wolves and coyotes is a good practice. But whereas wolf eradications have ‘succeeded’ – albeit with enormous unintended consequences – coyote ‘control’ is impossible. The more coyotes we kill, the faster coyotes breed. Biologists say we would need to kill 75% of all coyotes every year for 50-years to achieve even a momentary regional population reduction. After 100-years, there are more coyotes alive today than when eradications began. Stated differently, so-called coyote eradication turns out to be government-funded coyote expansion.

NOTE: this article was originally published to The Washington Post on June 3, 2019. The article was written by Darryl Fears. Darryl Fears is a reporter on the national staff who covers the Interior Department, issues affecting wildlife and the Chesapeake Bay watershed.

In the mismanagement of nature, government hunting programs cleared a path for coyotes to surge east.

On a cold, miserable morning in May, Stan Gehrt trod across an open field as wind and rain blew in his face. He was leading a team of wildlife biologists on a mission to find an animal with a gift for not being seen.

The team didn’t have to travel far from its headquarters for the search. A female coyote had made a den within sight of Chicago’s skyline. They w-ere only “about five kilometers” from America’s busiest airport, O’Hare International, Gehrt said as he advanced toward the den, wind howling through his cellphone microphone during an interview.

Like every’ state east of the Mississippi, Illinois is worried about its growing population of city-slicker coyotes. The animals surged from their original habitat in the West after what many now consider a colossal mistake — government-sanctioned predator removal programs that virtually wiped out red and gray wolves.

Coyotes have been taking over the territory’ of wolves, their mortal enemies, ever since. It is a textbook example of what the recent United Nations biodiversity report said: Humans are creating chaos for wildlife, placing a million species in danger of extinction.

The report warned that mismanaging nature would come back to haunt humans in a variety of ways, including food and water shortages, and disruptions by invasive species.
As the Trump administration seeks to strip away legal protections for the last remaining wolves, state officials are contending with the consequences of a massacre carried out without regard to science.

There is no reliable census for the overall population of coyotes in the East but a few states count the number hunters kill. Georgia and North Carolina, states where coyotes were rarely seen before 1990, each reported 40,000 killed. The University of Georgia’s forestry department estimated that 90,000 coyotes likely roam the state. Studies estimate that a half million coyotes are killed nationwide each year.

People were fascinated when coyotes started showing up in Maryland, but complaints about nuisance animals increased as the population grew’. The public’s enchantment changed to “I do not want this animal in my neighborhood,” according to the state Department of Natural Resources. “Few’… wildlife species evoke as widespread and passionate disdain by the general public as coyotes.”

The situation was worse for native wildlife. Coyotes became the top predator and changed the ecosystem. Maryland’s red foxes were pushed to the edge of their territory, and their numbers declined.

Wildlife officials across the East are trying to reduce coyote populations with tactics similar to those used to destroy waives, but the cash bounties, hunting contests and unlimited daily harvests are not working.

Coyotes have a unique response to population pressure: They make more coyotes. Kill half a million one year, experts say, and that many will pop up the next.

“You’ve probably heard the cliché that nature abhors a vacuum,” said DeLene Beeland, author of “The Secret World of Red Wolves: The Fight to Save North America’s Other Wolf.” “Of course they’re going to come in; it’s open habitat.”

As early as the mid-to-late 1940s, coyote populations started to creep upward in the Midwest. Early settlers “would never have known anything about a coyote,” Gehrt said. But now’, residents in Chicago, New’ York, Washington, Charlotte and Atlanta are living with them, even if most people don’t know it.

By the 1990s, coyotes had pushed all the way to the Atlantic Ocean, establishing a presence in Virginia and the Carolinas. They roamed as far north as New Hampshire and as far south as Florida, places where they didn’t exist 50 years ago.

Coyotes have even ventured into Mexico and Central America. They recently became the first new’ animal species in a thousand years known to cross the isthmus into Panama, where camera traps spotted them heading toward South America.

“How do you limit coyotes? You don’t,” said Gehrt, director of the Coyote Research Project in Cook County’, where there are an estimated 4,000 coyotes. “We haven’t been able to do that, and people have tried for a very- long time.”

Unlike wolves, coyotes don’t need to bring down a grown deer, elk or bison to survive. They’ll eat fruit. Or a rabbit. Or swipe an occasional fawn. Mostly they eat rodents, Gehrt said.
“Not rats or mice. Natural rodents like vole, they love those. They’ll give up anything to eat a vole.”

Illinois is now trying the manage coyotes with science.

“Every’ year we try to locate the den where the coyotes are trying to raise a litter,” Gehrt said. “If we are successful in finding the den, we can extract the pups, microchip them, and put them back.”

In South Carolina, state Sen. Stephen Goldfinch (R-Georgetown) is foregoing science for a call to arms. Goldfinch, who declined to comment for this story’, told WMBF News in Myrtle Beach that killing coyotes should be South Carolina’s top priority.

“The state’s perspective is every’ coyote needs to be a dead coyote. Trap them, shoot them … however you want to get rid of them,” Goldfinch said. “… This is now about going to war with the coyotes. They’re eating our cats and our dogs and our deer and turkeys.”

Science doesn’t support the last comment, Gehrt said. There are isolated cases of coyotes killing pets, but that is extremely rare. “That’s another case of misinterpreting things.”
Cats “avoid coyotes like crazy,” he added. “When we started radio-collaring cats in our coyote territories, we assumed there would be massive carnage, but actually we saw little predation because the cats avoided the areas coyotes were using.”

Scientists are finding it hard to overcome attitudes shaped by fables, cartoons and movies in which the animals or their wolf relatives scheme to eat little girls, stalk a charming roadrunner and with a single bite transform humans into hairy monsters.

In rural North Carolina, landowners seeking to end a federal program to reintroduce red wolves to the wild went door-to-door saying the animals were dangerous.
The program’s opponents claimed that the wolves kill livestock, even though red wolf droppings show that deer are a tiny part of their diet.

Red wolves once roamed nearly the entire Southeast and portions of the Southwest.

“Originally, over most of their range, red wolves didn’t interact with coyotes, because there weren’t any coyotes,” said Roland Kay’s, a researcher and associate professor at North Carolina State University.

In their heyday, the larger red wolves ruled through intimidation. A coyote that showed its face in their territory often ended up dead. “Animals will avoid an area because it’s risky’,” Kays said.

At first the change was subtle, barely noticeable. Starting in the 1930s and 1940s, federal officials at the U.S. Biological Survey, the agency responsible for killing the vast majority of wolves, reported that their numbers had dropped dramatically.

“But in the ’50s, there was a spike upwards,” Beeland said. She suspects that hunters who were unfamiliar with coyotes mistook them for wolves.

Dan Flores did. As a kid growing up in the Louisiana bayou, he was infatuated with wolves he’d never seen. In 1963, at age 13, Flores was given a horn that simulated the sound of a dying rabbit. He rode his bicycle into the swamp, climbed a tree and blew it.

“Within 30 seconds, I see this animal coming. It wasn’t a fox. It was something I’d never seen before,” said Flores, author of “Coyote America.” He shared his observation with the person who gave him the horn. “I saw a wolf!”

Flores was told it was more likely a coyote. “I thought that was a remarkable thing. I had always thought of them as an animal of the desert and of the West.”

As red wolves declined, they stopped fighting coyotes and mated with them. Fearing their extinction, the U.S. Fish and Wildlife Service rescued a few’ genetically pure red wolves that remained in Louisiana and Texas in the late 1970s and put them in zoos.

Goldfinch wants to halt their march with legislation that would allow’ an unlimited number of coyotes to be killed year round — sanctioning hunting contests and local bounties.
‬
That won’t work, said Jonathan Way, founder of Eastern Coyote/Coywolf Research in Massachusetts: “All told, 500,000 coyotes per year are killed by hunters, state agencies and federal wildlife services. The reason why they still come back is because of their body size. They can survive on just about anything.”

In Georgia, where the coyote population grew from near zero to thousands after the turn of the century’, officials backed away from Goldfinch’s approach.

Georgia fought coyotes with hunting events that offered prizes for the most animals killed. When that failed, the state turned to educational programs to raise public awareness.

“We wanted to remind people of all the tools they have to keep them away,” said Charlie Killmaster, the state’s deer and feral-hog biologist. “A number of states have shown that government-sponsored programs to eradicate coyote populations are huge money pits that result in failure.”

Why Italians Are Growing Apples for Wild Bears