The Environmental Upside of Modern Farming 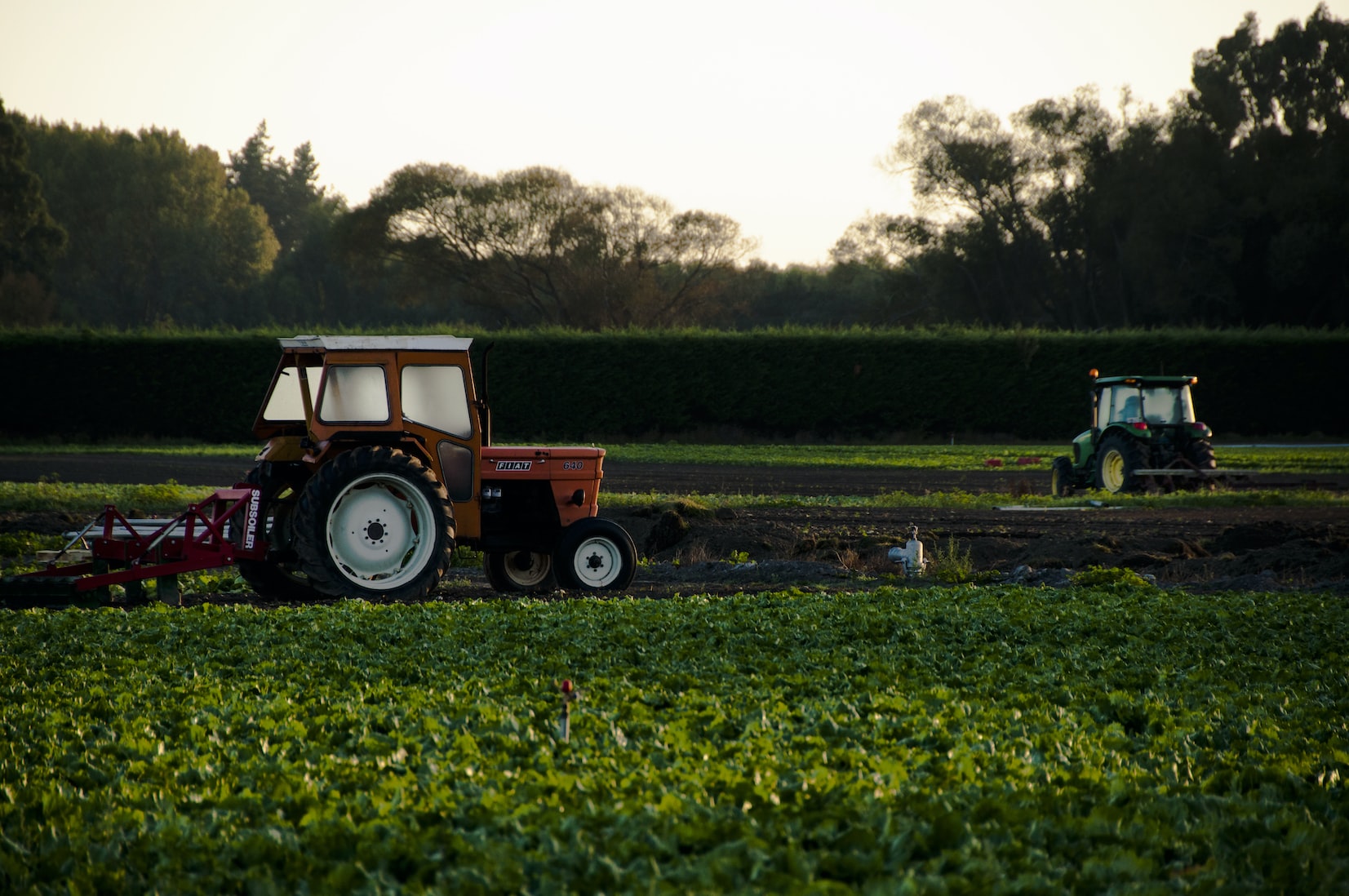 “The article below offers thoughts on how to make industrial farming less harmful to the environment.

NOTE: this article was originally published to WSJ.com on February 5, 2021. It was written by Robert Paarlberg.

If you wanted to produce food at the lowest cost to the environment, what methods would you use? Would you select modern farming methods (large-scale, specialized, mechanized and increasingly digital), or would you opt for traditional farms that are small and low-tech? Environmentalists often prefer the latter, having seen the damage that modern farms can do. 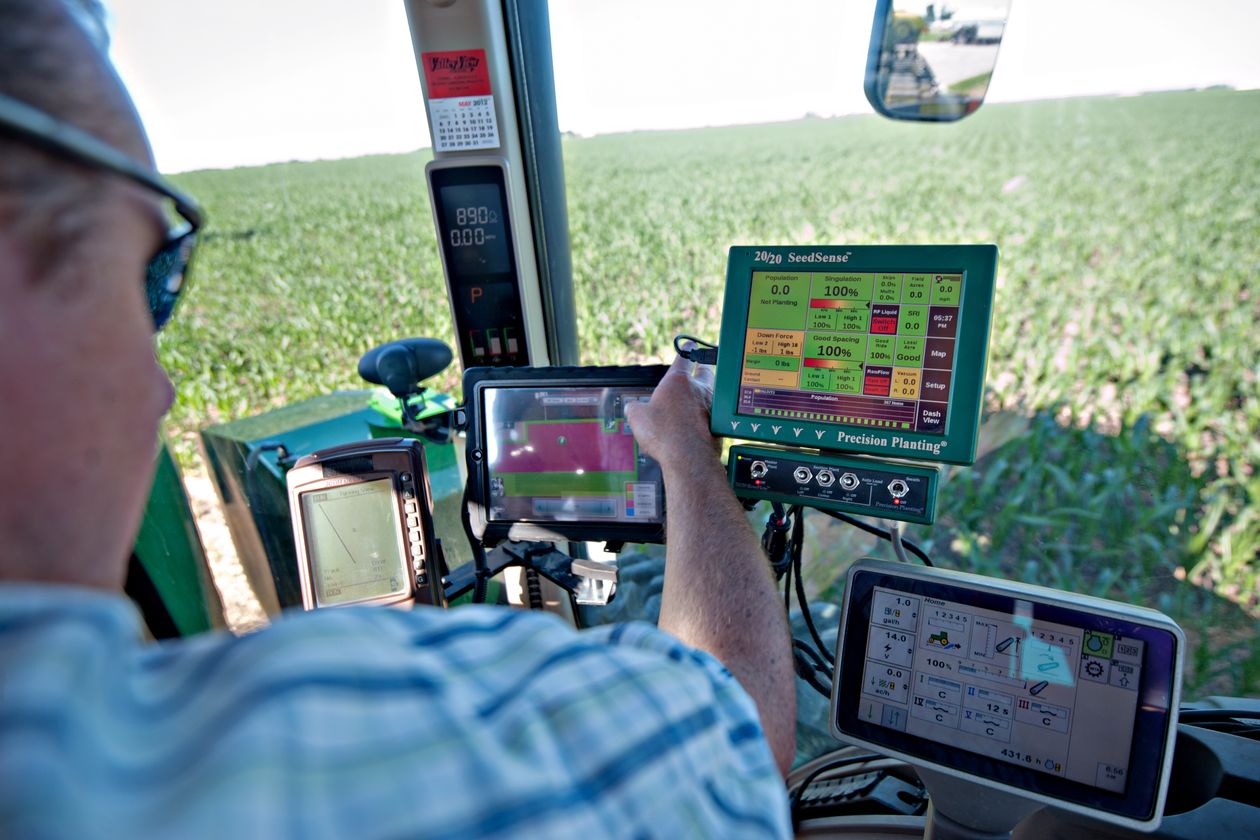 Farmer Jeff Hodel manipulates a field map on an iPad mounted in the cab of his John Deere tractor, Roanoke, Ill., June 12, 2012. PHOTO: DANIEL ACKER FOR THE WALL STREET JOURNAL

But the sustainability of traditional American farming was mostly an illusion. Farm production in the U.S. has nearly tripled over the past 70 years, according to the U.S. Department of Agriculture, and trying to pull that off using the low-tech methods of the past—which delivered lower yields per acre—would have meant that more forests would have been lost, more fragile lands plowed and more natural habitats destroyed.

Modern farming is better because it uses low-impact, “precision” techniques that require less land, less energy and fewer chemicals for every bushel produced. The secret has been to incorporate tools that use sensors, information and communications technology, big data, and even machine learning to reduce farming’s dependence on material resources.

Traditional farming had already failed as a protector of the environment nearly a century ago—and scientific advances have long offered new ways to help the planet. In the 1930s, after low-yield cropping was extended onto the drought-prone Southern Plains, the soil blew away, creating the disastrous Dust Bowl. Cropland expansion could finally be halted in the 1950s, once scientists had developed higher-yielding hybrid seeds. In the 1970s, engineering advances allowed farmers to plant seeds in unplowed fields, which reduced erosion, conserved soil moisture, sequestered carbon and saved on diesel fuel.

The spacing of seeds can be varied with astonishing, sub-inch precision thanks to modern GPS equipment.

New irrigation systems then began to replace wasteful flooding, while lasers leveled the fields to eliminate surface runoff. In the 1990s, farm tractors acquired GPS auto-steering, which ended wasteful gaps and overlaps in the field. This was followed by digital soil mapping, which could tell “smart” farm equipment to apply chemicals at variable rates tailored to each location’s differing soil characteristics. The spacing of seeds can also be varied with astonishing, sub-inch precision thanks to modern GPS equipment. And genetically engineered seeds now allow farmers to protect against weeds and insects with fewer chemical sprays.

These innovations were more affordable for larger farms, so average farm size more than doubled, but when farm production surged in the late 20th century, the environment was better protected. Corn production in the U.S. increased fivefold between 1940 and 2010, but total acreage planted to raise corn actually declined by one-fifth, according to Jesse H. Ausubel of Rockefeller University. For every bushel of corn produced, water use and energy use also decreased. Since 1980, irrigation water use per bushel has fallen by 46%, energy use by 41% and greenhouse-gas emissions by 31%, according to research by Field to Market, an umbrella group that promotes sustainable agriculture, with members ranging from major agribusiness firms to the World Wildlife Fund.

In the past four decades, thanks to modern farm technologies, chemical use has also declined relative to output (and in some cases even in absolute terms). Data from the Environmental Protection Agency shows that total fertilizer use in U.S. farming peaked in 1981, and since then it has remained essentially flat, even as total crop production grew 44%. For pesticides, the total pounds applied to U.S. crops declined by 18% in absolute terms between 1980 and 2008, with insecticide use now more than 80% below its 1972 peak. These environmental gains weren’t achieved by a switch to organic farming; less than 1% of America’s cropland area is certified for organic production today, according to the USDA.

Americans eat too much meat (five times as much as in 1940), making the environmental damage from livestock production a major worry. America’s livestock systems still compromise the welfare of animals in many cases, but their environmental footprint has become progressively smaller for every pound of meat produced.

These environmental gains in livestock have mostly come from improved feed-use efficiency, which shrinks feed requirements while reducing the pollution from animal manure. In U.S. pork production, the average feed requirement for every added pound of weight has fallen by almost half since the 1990s, according to the USDA. The National Chicken Council, an industry group, says that since 1950, the average feed requirement per pound for chicken meat has declined by more than a third. For beef, every pound of production now requires 19% less feed, 12% less water, 30% fewer animals and 33% less land than in the 1970s, notes Judith Capper in the Journal of Animal Science.

Dr. Capper has also shown that each million pounds of milk produced in the U.S. today requires 90% less land compared with 1944—and 79% fewer animals. Fewer cows means not only less manure but also less methane belched into the atmosphere to threaten our climate. Frank Mitloehner of the University of California, Davis, has calculated that the climate burden of a single glass of milk in the U.S. today is two-thirds smaller than it was in 1950.

America’s livestock systems have lagged behind badly in protecting animal welfare. Egg-laying hens are often stuffed into cramped cages, and pregnant sows are frequently crammed into stalls so small that the animals can’t turn around.

Europe’s recent experience shows that these failings can be corrected without going back to yesterday’s far less productive outdoor systems. A 2008 European Union directive now requires more space for farm animals raised indoors. In the large pork sector (Europe produces almost twice as much total pork as the U.S.), the EU now requires that pigs have ample light, less noise and more space. To help these highly intelligent animals overcome boredom, the directive even requires that pigs have access to “material to enable proper investigation and manipulation activities”—that is, toys.

Over time, plant-based imitation meats—and, eventually, cell-cultured products—may replace living animals. The carbon footprint of a plant-based “Impossible Burger” is almost 90% smaller than that of a real beef burger, according to a science-based life-cycle assessment. Producing a plant-based “Beyond Burger” requires 46% less energy, 99% less water and 93% less land than a traditional meat patty, according to another such assessment.

The Impossible Burger is still more expensive than real ground beef, but the company cut its prices twice in the past year, even as popular demand was surging—suggesting that it hopes to become a competitive substitute for beef, not just a niche product. And in the future, we will have cell-cultured meat products as well as cell-cultured fish, opening up a new option to reduce the pressure on marine environments too.

Food demands world-wide will continue to grow, so yesterday’s farming technologies cannot begin to protect the planet. Only a continued shift toward low-impact, precision farming—and eventually toward substitutes for animal products—will make global food production sustainable. In agriculture as in so many realms, realism demands modernism.

—Mr. Paarlberg is an associate in the Sustainability Science Program at the Harvard Kennedy School of Government. This essay is adapted from his new book, “Resetting the Table: Straight Talk About the Food We Grow and Eat,” just published by Knopf.