‘Silver Bullet’ for Business: The Aussie Farmers Bringing Dingoes Back 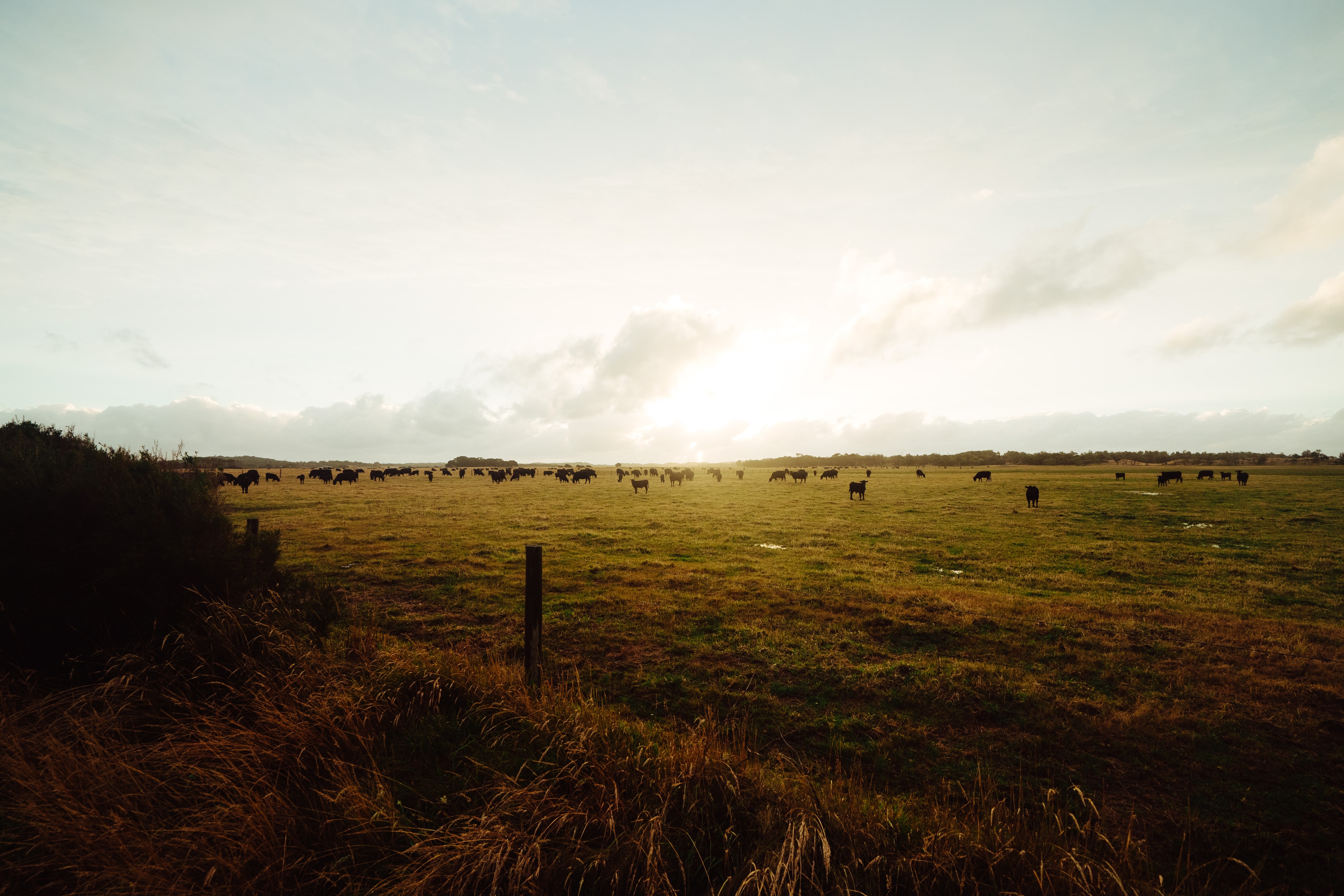 As discussed below, restoring predators in the Australian outback has had very positive effects on habitat and animals.

NOTE: this article was originally published to WAToday.com.au on July 26, 2021. It was written by Emma Young.

Cattle farmers from Western Australia, Queensland and New South Wales are reaping the benefits from welcoming dingoes back to their properties, and are determined to spread the news despite the potential controversy.

David Pollock’s decade-long sustainability project on his family’s West Australian cattle station, Wooleen has made him one of Australia’s best-known pastoralists.

Wooleen is one of 285 stations, now predominantly cattle stations, making up the Southern Rangelands, which stretch between the Pilbara, South West and desert interior, covering more than 40 per cent of WA.

Last year, WAtoday reported an interview with Pollock detailing the degradation of the rangelands due to overgrazing – not only with overstocking cattle, but also by unmanaged animals, mainly feral goats and overabundant kangaroos.

Pollock is now speaking up again, this time as one of a team of cattle farmers, which also includes Gil Campbell of New South Wales and Angus Emmott of western Queensland, promoting their experience of profits bouncing back thanks to dingoes.

This is a direct challenge to ideology of some of the country’s well known farming organisations, which they say are driving the persecution of dingoes, focusing on expensive poisoning regimes and pushing a narrative characterising them as “wild dogs”.

Mr Pollock said over the past 100 years, stations that were originally mostly running sheep, which were more vulnerable, had huge labour forces to track down dingoes.

Slowly, they had been driven out to the desert and were largely gone by the 1930s and 1940s.

But as the rangelands deteriorated and the money drained out of pastoralism, these huge staff numbers dwindled. Stations, now mostly cattle stations staffed by a couple of owners, simply didn’t have the labour to stop the dingoes creeping back.

Government-aided efforts had focused on poisoning and fencing them, but on Wooleen they stopped this.

Mr Pollock said dingoes returned in 2007 and the benefits were immediate.

Thousands of feral goats were eradicated in two years, something the Pollocks had been trying to achieve for more than 20 years.

They had once had over-abundant kangaroos, sometimes in mobs of thousands, over-grazing the country.

Now the ’roos were still present, but at consistently low numbers, much as they would have been before dingoes were removed. As a bonus, the foxes were also gone.

“I no longer have to spend large amounts of time and money trying to reduce the numbers of kangaroos and feral goats,” Mr Pollock said.

“I haven’t lost any calves, and I no longer waste time putting out poison for dingoes. I can focus on managing the landscape to both run cattle and to restore its health.”

Mr Pollock said he understood dingoes were a major risk for sheep producers.

“But we had major ecological problems back then which were crippling our business, caused by historic overgrazing and continued poor grazing management,” he said.

He said most of the custodians of Australia’s vast rangelands had never developed grazing systems appropriate for managing this landscape.

This was because goats and kangaroos had represented 60 per cent of the grazing pressure, a number that leapt even higher in droughts.

Graziers defaulted to a set stocking number, let them out and collected them up once a year.

“There was no point in managing them because most of them were unmanageable,” Mr Pollock said.

“The kangaroos and goats were the biggest problem, because we could never exclude them from areas to rest the land. Now the dingoes come back rotational grazing is a possibility. If ever there was a silver bullet for managing the grazing pressure, dingoes are it.”

Angus Emmott, a fellow member of the group who owns a 52,000-hectare station cattle station at Noonbah in Western Queensland, said he had stopped poisoning and shooting dingoes in 2001 and there were now stable family groups on the property.

They had solved major over-population issues with red and grey kangaroos and wallaroos, and eradicated feral goats, pigs and cats. He now had more feed for his cattle and had not faced significant losses of calves or attacks on older cattle.

“At the end of the day, we have a responsibility to manage our land well and sustainably,” he said.

“We do have a responsibility to our neighbours but also to the Australian people for managing the pastoral country on their behalf. And we can’t do that without the dingoes.”

The group wants others to get in touch, share stories and ask questions through Facebook or landholdersfordingoes.org.