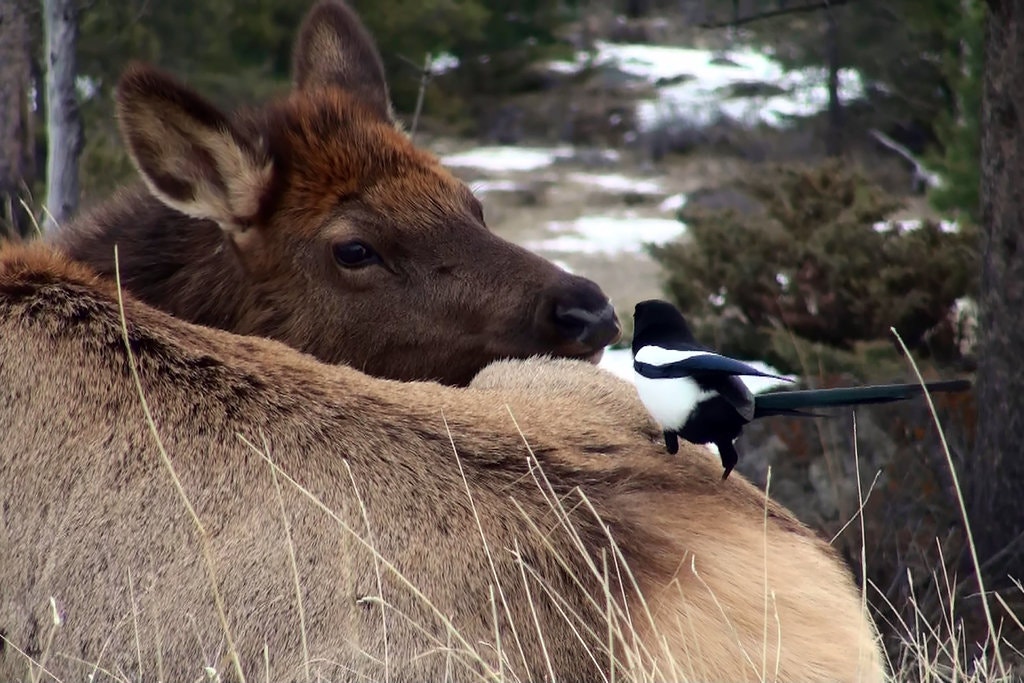 “Interdependance (“mutualism”) is common in nature. Even species that are thought to be “competitive”  usually turn out to be complimentary when their relationship is fully understood.

NOTE: this article was originally published to NYTimes.com on November 29, 2017. It was written by Joanna Klein.

Two decades ago, Bill Samuel, a retired moose biologist and author of a definitive book on moose and winter ticks, found some moose also evade the pests by tolerating magpies. Perhaps, Dr. Found thinks, shy elk gain an advantage over bold elk and compensate for their bashfulness by accepting magpies.