Put Down the Kombucha and Pick Up a Crossbow 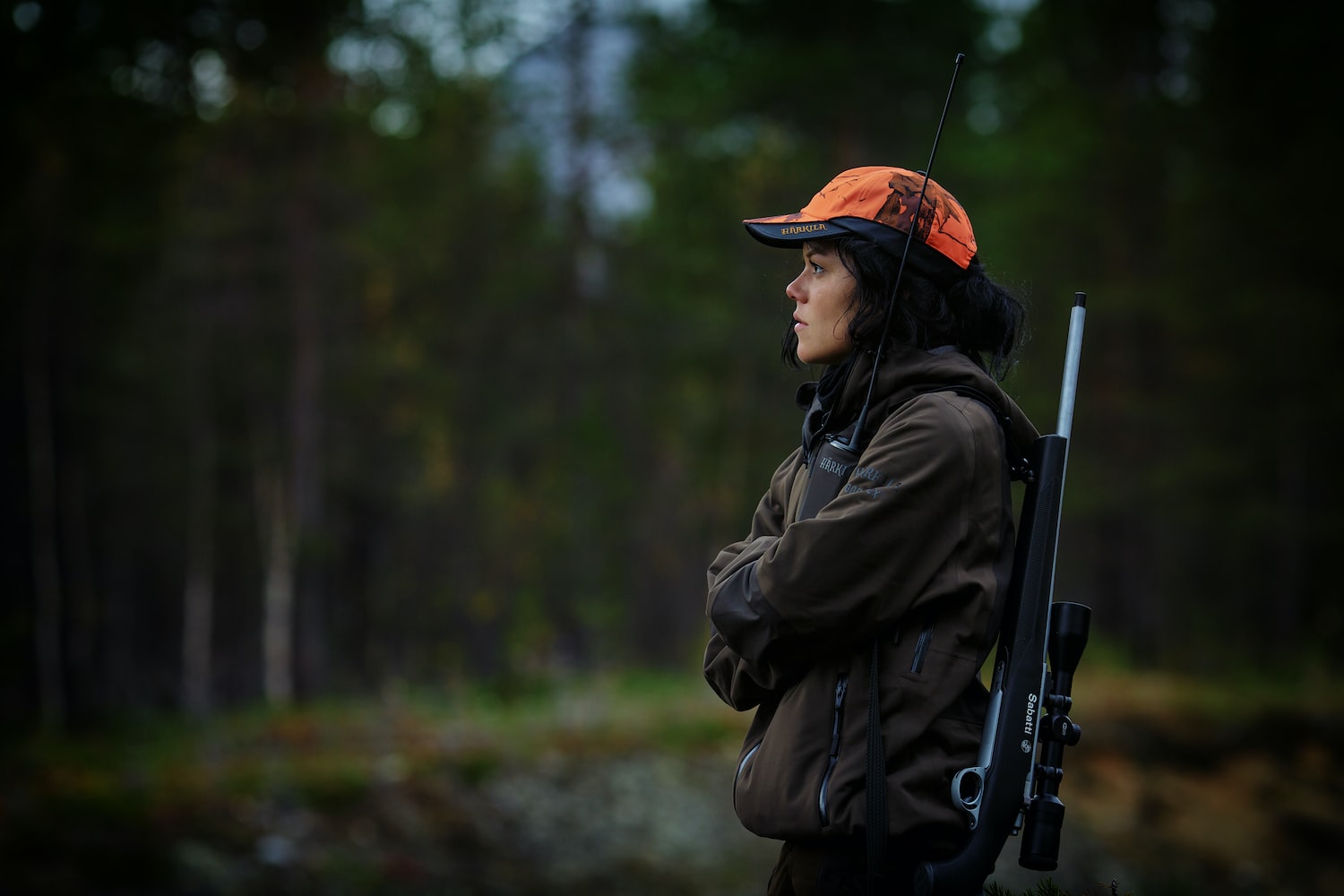 The number of active hunters has been falling for decades. Because hunters have always led the effort and funding for wildlife and habitat conservation, declining hunter numbers is a major threat to wildlife.

Non-hunters have no idea of what they miss by not enjoying wild game—venison, upland birds, waterfowl, and seafood—as table fare. A thoughtful and sophisticated rising generation should be persuaded that all the animals they eat must come from somewhere, and the best of that is usually found in the wild.

Once they understand that their enjoyment of wild game supports conservation as well as the humane production of healthy meat, fish and fowl, many of the misperceptions that discourage their participation in man’s most ancient pastime—hunting—can be overcome.

NOTE: this article was originally published to WSJ.com on January 9, 2019. It was written by Cameron McWhirter and Zusha Elinson.

Want organic, sustainable meat? Kill it yourself, say veteran hunters trying to appeal to the next generation of recruits to keep the sport alive.

BOGART, Ga.—A group of veteran hunters set out last month in a forest northeast of Atlanta with apprentices. Among them, a former vegetarian, a Haitian-born grad student and a farmers-market manager. They wore camouflage and carried crossbows.

They were aiming to kill white-tailed deer. But the real target: new hunters.

The number of Americans 16 and older who hunt is down 18% from two decades ago, according to federal data. An older generation of hunters is trying to lure recruits to the sport by pitching it as a good way to ensure meat is local, sustainable and probably organic.

The December hunt, aimed at relative newbies, was organized by Field to Fork, a project started in 2016 by a 60,000-member national hunting group. The project locates its human targets at places such as a farmers market in Athens, Ga., where it provides samples of venison.

The trainees use crossbows, which are quieter than guns and let them train and hunt on properties closer to civilization. For some first-time hunters, the equipment is more palatable than firearms—though most rifles can shoot farther.

Frank Kennedy Jr., 25, on the hunt from nearby Winder, Ga., says he joined the program because he wanted to “eat food where I knew where it came from” but found hunting “intimidating from the get-go.” Now he regularly goes out to the forest to hunt.

Once a staple of American life, hunting has declined as the percentage of people living in rural areas shrinks and fewer people have the time or need for a pastime requiring patience and the willingness to kill an animal.

There aren’t enough interested people to replace those over 45 who make up the bulk of active hunters, says Loren Chase, a former Arizona Game and Fish Department official who heads a statistical consulting firm specializing in natural resources.

“It will be a slow gradual trend downward,” he says, “that will begin to steepen after 2035.”

Doug Brames, a 52-year-old Florida marketing executive, learned to hunt from his father and grandfather in rural Indiana but had trouble teaching his two sons while raising them in suburban Michigan and Arkansas.

Instead of expressing excitement, they always had questions whose answers they didn’t like. What time do we have to get up? “5 a.m.” Are we going to shoot anything? “It’s called hunting for a reason, son.” They would opt to sleep in and play videogames after a week packed with school and sports.

His son Brock, now a 21-year-old University of Florida junior, says he didn’t have the patience to “wake up at four in the morning and then get up in a tree stand for three or four hours and then hope a deer goes by.”

Over Christmas break, the son did try hunting and skinning a deer—in the new hit videogame “Red Dead Redemption 2.” “The character in the videogame picks it up by the neck and cuts a slit on its belly in one fell swoop. My dad was like ‘That’s not realistic!’ ”

The younger generation is an elusive quarry.

The National Rifle Association offers training programs and competitions for young hunters. The National Wildlife Federation’s Artemis initiative works to recruit, train and spotlight sportswomen who have traditionally made up a small portion of hunters. 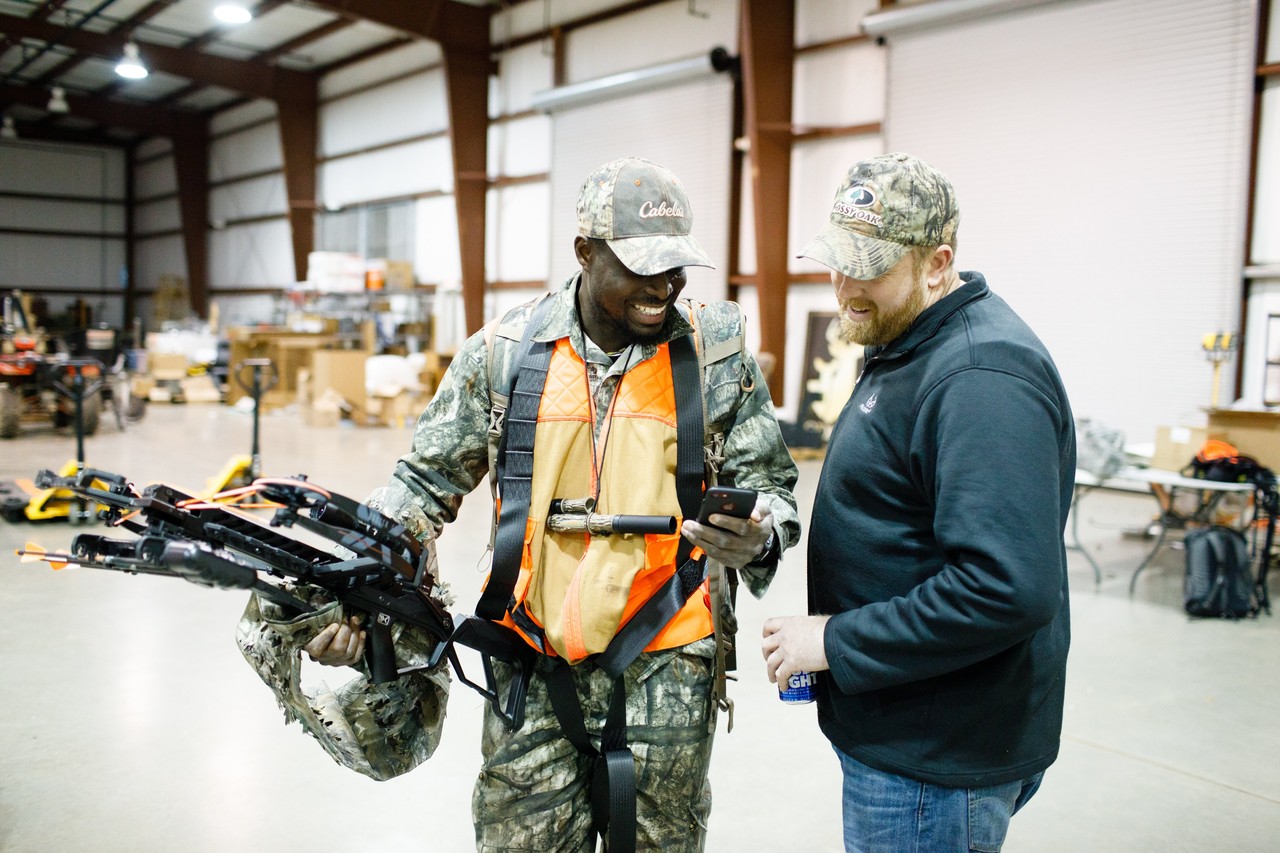 Programs like Field to Fork aim at younger adults with disposable income who never learned how to hunt. Hank Forester, 33, says he came up with the program over beers with Mr. Evans after being inspired by the bustling Athens farmers market where University of Georgia students and others flock for local produce.

His group handed out brochures with slogans like “HARVEST your own LOCAL MEAT” and “HUNTERS ARE THE ORIGINAL CONSERVATIONISTS.”

“We didn’t lead with, ‘Hey, do you want to go shoot a deer?’ ” says Mr. Forester, a hunting programs manager at the Quality Deer Management Association, the group that sponsors Field to Fork. “If you’re talking about local, sustainable—I can’t certify organic—you can’t do better than white-tailed deer.”

David Kidd, 67, a retired owner of a landscape company near Athens, signed up to be a mentor because he saw friends and family, including his son, give up hunting. He says he learned that a hunter “doesn’t have to look like me.”

The program has bagged new hunters like Jennifer DeMoss, 40, who was a vegetarian several years in her 20s. She later concluded humans were omnivores who should eat meat ethically, so she began to eat roadkill meat. The anthropology grad student discovered Field to Fork at the farmers market and figured hunting, too, was ethical.

Her first kill, with her mentor in 2017, gave her a “familiar, comfortable, exhilarating feeling,” she says, and gratitude the animal gave its life so she could eat. Now she heads to the forest as often as she can. “It’s all I can think about.”

She was among those at the December hunt. Wearing camouflage and orange hats and vests, the hunters spread out to stands in trees and waited for deer to forage at dusk.

One was Edwin Pierre-Louis, 31, a Haitian immigrant and University of Georgia grad student studying parasites. He says that growing up in Haiti, he would hunt birds with slingshots but no one taught him to hunt larger game. He signed up for Field to Fork in 2017. “There are people like me who really want to learn to hunt.”

Another person on the hunt was Sarah Thurman, 30, market manager at the Athens Farmers Market, who says she long wanted to learn the sport but no one around her growing up outside Los Angeles knew how. She joined Field to Fork last year and says hunting helps people to “opt out of the systems of mass production” for food.

It is also appealing because it gives her a primal sense of self-reliance, she says. “There is this animal side of you.”

Shivering, the would-be hunters occasionally whispered to each other in the darkening forest. One group saw fawns that didn’t come close enough to shoot. Everyone else saw only squirrels.

When night fell, everyone gathered back at trucks and drove to the deer-association offices empty-handed and ate venison tacos Mr. Forester made.