Polar Bears in Greenland Adapting to Life Without Sea Ice 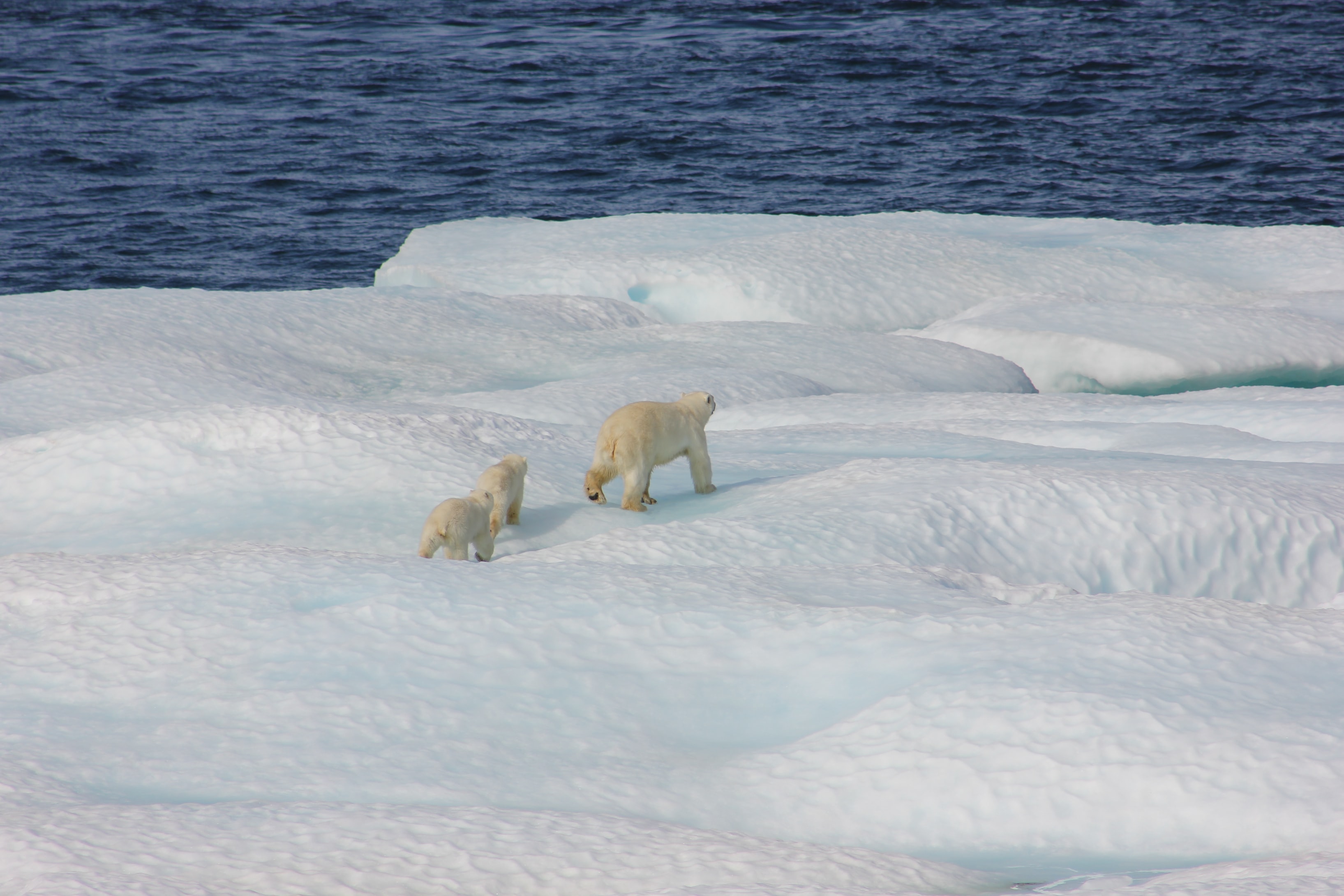 According to the article below, Greenland’s polar bears are doing okay as climate continues to warm- as it has been for many thousands of years.

This makes sense. Polar bears as a species have been around through several long-term weather cycles during which global temperatures were far higher, and far-lower, than now. And the warmer Greenland and other Arctic regions become, the more large animals can live on them, and the more prey large predators will have to eat.

NOTE: this article was originally published to WSJ.com on June 16, 2022. It was written by Eric Niiler.

The small group shows resilience as the climate warms, but some scientists warn that polar bears elsewhere might still struggle to survive

Polar bears have been struggling as the climate warms and Arctic sea ice melts, but scientists have discovered a group of bears in southeastern Greenland that have adapted to life without sea ice by hunting on glacier ice.

The unexpected finding, published Thursday in the journal Science, suggests that the species—which typically depends on sea ice for hunting seals—may prove surprisingly resilient in the face of the continuing loss of sea ice as the climate warms.

“When you start to look at how polar bears might survive in small numbers in parts of an ice-free Arctic, this type of glacial habitat might be a refuge,” said Kristin Laidre, a research scientist at the University of Washington’s Applied Physics Laboratory and the paper’s first author.

The bears described in the paper—a few hundred animals living in fjords and isolated from other polar bear populations by mountains and ocean currents—were seen hunting year-round in a slushy freshwater zone where Greenland’s glaciers and ice-covered fjords flow into the North Atlantic Ocean. Such glacial environments aren’t common, said Dr. Laidre, but are seen elsewhere in Greenland and in Svalbard, the remote Norwegian archipelago in the Arctic Ocean.

“The way they’ve persisted in this area is they have access to glacial ice that is basically freshwater ice that is pouring off the Greenland ice sheets in the form of glaciers,” Dr. Laidre said of the bears described in the study. “It then breaks off and it creates an ice landscape. It’s an uncommon habitat for polar bears.”

Typically, polar bears range miles out to sea to hunt seals that live on sea ice. When sea ice cover retreats and polar bears are forced to forage for food on land, they have trouble surviving on the small birds or plants available there, according to Todd Atwood, a U.S. Geological Survey wildlife biologist who studies a bear population in the Southern Beaufort Sea off Alaska.

T he blanket of Arctic sea ice expands in winter and spring and contracts in the summer, reaching its lowest point each September. NASA satellite observations show summer sea ice disappearing at a rate of 13% per decade. That has led some researchers to express fears that the animals might be headed for extinction—perhaps as soon as the end of the century if climate change continues at its current pace, according to research published in 2020 in the journal Nature Climate Change.

“We are continuing to see a decline in sea ice extent and sea ice thickness,” said Thorsten Markus, program manager for cryospheric science at NASA headquarters in Washington, D.C. “There are projections that by midcentury, you will have no sea ice left during the summer.”
Greenland’s glaciers are retreating along with sea ice, according to NASA, though over the course of centuries rather than decades.
F or the new study, Dr. Laidre and her colleagues tracked the glacier-dwelling bears with radio collars and studied their DNA from tufts of fur removed after the animals had been tranquilized with darts fired from helicopters. The researchers combined seven years of new data with more than 30 years of historic information. They also sought information about the bears’ location, behavior and feeding habits from indigenous residents, who hunt the animals for their pelts and have detailed knowledge about them.

Researchers discovered that this isolated group of bears have lived apart from other groups for several hundred years and are smaller than other bears. Adult females weigh about 400 pounds, while adult bears in other populations can top 560 pounds. The bears in the study also have few cubs, perhaps because it is difficult to find mates in the harsh terrain.

Dr. Atwood called the finding an important advance in understanding polar bear populations, but said it didn’t indicate that polar bears in Alaska, Canada and Russia could necessarily survive on freshwater ice as the Greenland bears have managed to do. “I think the concern is the rate at which changes are occurring in the Arctic is outpacing the rate of bears to adapt,” he said.

“There’s a limit to what they can adapt to,” Ian Stirling, adjunct professor in the University of Alberta’s Department of Biological Sciences and a research scientist emeritus with Environment Canada, said of the world’s polar bears. “For 95% of the bears, when the sea ice is gone, they will be in very big trouble.”

The world-wide population of polar bears now stands about 26,000, with 19 distinct population groups spread in Arctic regions of Canada, Russia, Alaska, Greenland and Norway, according to the International Union for the Conservation of Nature. While a ban on polar bear hunting imposed in the 1970s helped stabilize polar bear numbers, the animals have been listed as threatened by the U.S. government since 2008.