This exchange should be read from the bottom up. It deals with various aspects of designing and using the Yeomans plow. The design of this plow can vary considerably as can its cost. Circle’s is 11′ wide, with 5 shanks spaced 22″ apart. The shanks are mounted on two beams, fore and aft: this keeps crusted soils from lifting off in sheets. We pull it with a 35-year old John Deere 2840 rated at 67hp.

Talk to an expert before ordering one: Two would be either Abe Collins or Ken Yeomans (see contacts tab). I would advise against buying from someone who has neither used one of these plows nor understands Keyline theories. Or call Chris Gill at 210-829-7224.

Subject: Re: Coulters and Roller

Hi Chris,
Ken’s points are good ones — we both mentioned the same point about the need for coulters in real sod. Seeing the photos of your land was useful. I do tend to think that the extra crushed annuals/forbs and brush litter on the ground that would result from the roller would be beneficial, as would breaking of capping between the rips for enhanced annual germination. The rains will tell a lot. Just a few extra percentage points litter cover can have a profound effect on infiltration, perennial germination and maintaining soil moisture, in addition to the obvious infiltration gains from the ripping.

Ripping bare or annual-dominated ground in the dormant season won’t necessarily set you back much. When you are in perennial dominated ground, it’s different, as you can really bake the roots. We’ve found that the roller really helped us to conserve moisture relative to without it, as the land is much less open to sun and heat, even though lots of water and air are able to get in.
Seeing the conditions in the photos, I support your gut to rip as much as you possibly can of the lowland before the rains come. You probably saw the observation by Owen that they went from 5% plant cover to 80% with a single ripping treatment. They were using the Yeomans’ roller.

The roller could have negative effects in terms of wind erosion during the dry season, as there is more pulverization, though this would be mitigated by litter cover. Side by side comparisons (w-w/o roller) would be telling in your circumstances.
Ideal ripping strategies will shift as succession advances and depending on grazing management.

Depending on what plants emerge, light seeding into rips of deep-rooted legumes might be advantageous after the first annual flush is grazed/laid as litter. A little nitrogen is a great thing in brittle range. Another exciting plant, for example, is chicory, which is about the highest quality feed that can be grown for wildlife and stock. Originally a Mediterranean/North African plant, it has an excellent tap root and often grows right through droughts. A recent study showed that pastures with a high percentage chicory were largely unaffected by droughty conditions relative to without. The deep plants and the shallower grasses are all connected via mycorrhizae, and water flows from the deep-rooted plants to the shallower ones. Microbial inoculation with certain bacteria and fungi could also accelerate things on high value land.

Soon, once the water cycle is humming and if it “behooved” you, you could even seed crop as you ripped in the high-sheet flow areas – C-4 annuals like corn and sorghum could be incredibly productive planted right into the range.

I’m bombarding with possibilities here, but it’s great to strategize with similarly focused people. The plow is a very versatile tool, especially embedded in good grazing management. Hope it’s of some use.

From: Christopher Gill <christophergill.lngres@gmail.com>
Subject: Re: Coulters and Roller

Dear Ken,
The explanation of coulters and rollers makes total sense to me and thanks.
Abe Collins and a scientist/friend from the NRCS, Steve Nelly, have taken an interest in our Keyline effort at Circle, and are a source of advice and information. Their suggestions, and information will raise many more questions, as will or own ongoing efforts.

Here is another question: Is it a mistake to chisel months before we expect rain? We have so much to do, so I have figured we should just keep at it. The monsoons quit around the end of September, and resume early July. We are working through several different types of areas and this started last October. Will this dry season treatment kill plants, and/or will winter moisture, coming as it does before plant growth resumes late winter (March/April) collapse the plowings?

I look forward to your answer.

Coulters cut a neat slot through existing lawn like pasture. I don’t think you have any.

Coulters however are especially useful if there are plants or plant residue that may build up on the shanks. I’I have seen this make any affected shanks seem to be 4 inches wide and leave a matching groove. Not pleasing. I asked you about such weeds and vines.

Rollers break up the clods and smooth the surface out. If your country tends to run together and seal following rain then the rollers would make that problem worse. You may as well save the money and leave the larger clods and bumpy surface.

Dear Ken,
Why did you advise against coulters and a roller?

The Rise of Aquaculture and the Threat of Floating Feedlots 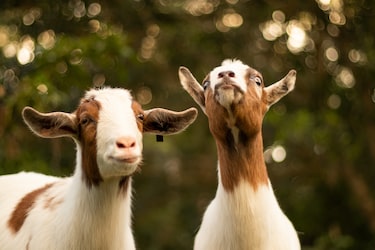