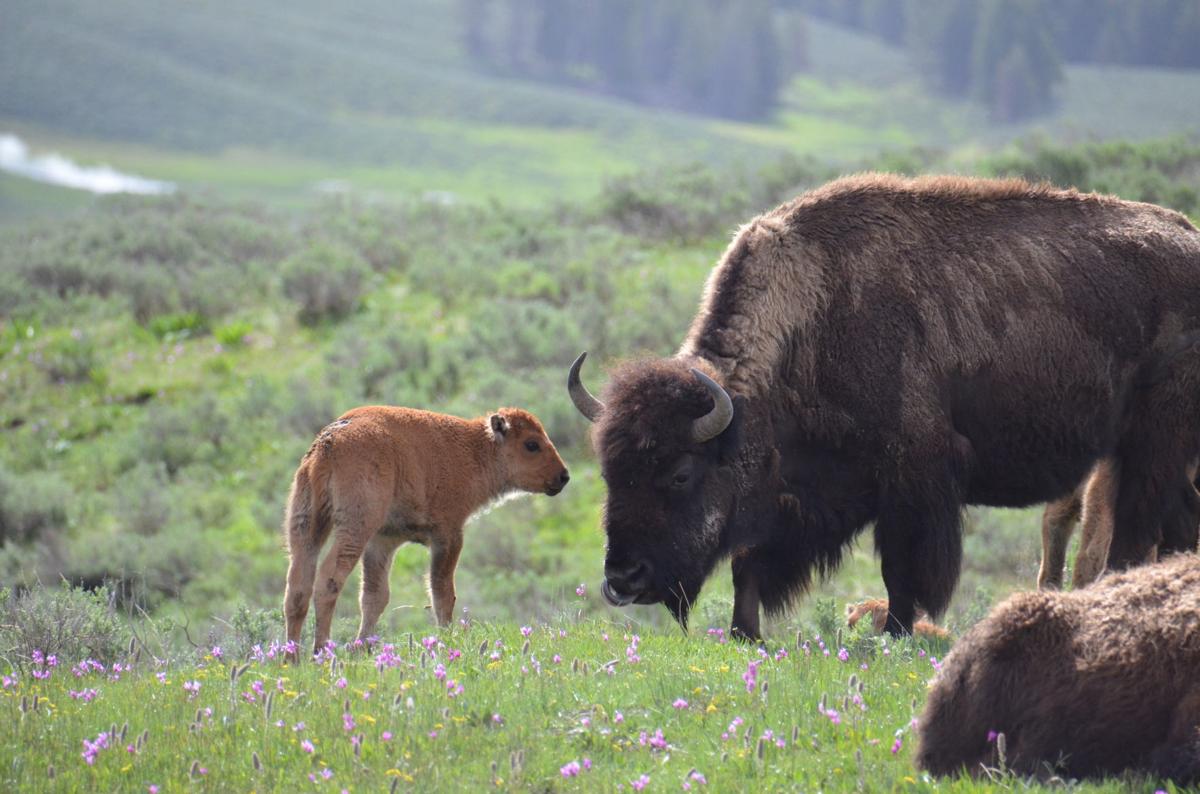 Imagine if bison were added to deer, elk, moose and pronghorn as migratory animals coming and going from Yellowstone and Grand Teton national parks, and the millions of acres of public land surrounding them.

As discussed in the article below, brucellosis, an infection known as “contagious abortion” that affects ruminant animals, is the major barrier to this. Under current rules Yellowstone bison are shot on sight when they leave their protected areas.

Domestic livestock transmitted brucellosis to free-ranging elk and bison herds. Because the wildlife herds live in national parks and on federal land where the agencies refuse to treat it because doing so offends their vision of “wildness”, these public lands are now the national reservoir for this costly disease.

There is a two-fold, common sense response to this problem. First, make brucellosis vaccination mandatory for all livestock in the areas to which bison might move seasonally.

Young cattle are already vaccinated with a medicinal cocktail which protects them against multiple diseases. Brucellosis can easily be added to this and the government could pay for the additional vaccination, which would be cheaper than killing all these animals like they do today.

Second, wildlife and park managers should vaccinate park animals in whatever manner works best, even if the method is imperfect.

We could get brucellosis under control in one or two animal generations if the agencies and the cattle raisers would get unstuck from their respective dogmas, and cooperate in this effort. Americans could once again see and hunt bison across large areas of our public and private Western forests and ranges. And there would likely be an elk population increase as well.

NOTE: this article was originally published to bBozemanDailyChronicle.com on July 3, 2020. It was written by Helena Dore.

The National Park Service and other federal agencies behind an ongoing bison management plan have agreed to supplement the plan’s environmental analysis.

The Forest Service has also “expressed its willingness and intention to participate as a cooperating agency in that analysis,” according to the notice.

The Cottonwood Environmental Law Center filed a suit in 2018 against the signatories of IBMP. The plan was originally adopted in 2000 to prevent transmission of brucellosis from bison to cattle.

John Meyer, attorney for Cottonwood, said the notice is a major victory.

“This is huge,” Meyer said. “This is absolutely a great win for wildlife.”

Brucellosis is an infectious disease that appears in elk, bison and cattle. According to the Centers for Disease Control, brucellosis can be transmitted to humans through undercooked meat or unpasteurized dairy products, causing fever for prolonged periods. In some patients, symptoms never go away.

However, the disease poses a greater risk to livestock.

In addition to abortions, cattle, swine and other infected animals face low milk production, weight loss, infertility and lameness, according to the USDA Animal and Plant Inspection Service.

The livestock industry fears that the spread of the disease could cost Montana its brucellosis-free status.

Bison and elk in the Yellowstone region are known carriers of the disease. There have been no recorded transmissions of the disease between bison and cattle in the wild.

Elk, however, have transmitted the disease.

Nonetheless, federal agencies work together to manage bison by capturing and removing them each winter when they leave the park. Many Indigenous tribes assist in this goal by hunting bison outside the park, exercising their treaty hunting rights.

At Beattie Gulch, just outside the park border near Gardiner, hunters line up along Forest Service land and wait for bison to cross the border, where they can easily be shot.

“The practice is dangerous and unethical,” Meyer said. “Montana’s governor is putting peoples’ lives at risk by requiring too many hunters to shoot bison in too small of an area. We are asking the court to allow Yellowstone bison to freely roam to provide more and safer hunting opportunities.”

According to the court notice, the Park Service decided to prepare a new NEPA analysis considering “significant changed circumstances since the IBMP’s adoption in 2000.” The new analysis would also consider “a range of alternative options for bison management in Yellowstone National Park.”

Meyer said he thinks bison should be able to roam freely in Montana, considering the recent science behind brucellosis transmission. He said the recent decision is a huge opportunity to help make things right with Native Americans.

“It’s time to put bison back on the landscape,” he said. A trial in district court has been scheduled for July 14, and “Cottonwood is asking the court to allow bison to freely roam while the new analysis is completed.”