Here is another example of low-tech, non-lethal ways to protect cattle from predators.

NOTE: this article was originally published to IFLScience’s Apple News Channel on August 7, 2020. It was written by Katy Evans.

Researchers have come up with a novel way to protect the lives of livestock, lions, and people’s livelihoods in Botswana, by painting eyes on the butts of cattle.

Painting peepers on the backsides of unsuspecting cows prevents attacks from predators like lions and hyenas that share Botswana’s grazing landscapes, researchers discovered, offering a more humane way of protecting the cattle – and the livelihoods of farmers – from predators than erecting divisive fences to keep out big cats or resorting to killing them.

Botswana’s sweeping landscapes include the lush Okavango Delta, where many of Africa’s famous creatures roam, from lions and leopards to spotted hyenas, cheetahs, and African wild dogs. This is also where the southern African country’s livestock – which accounts for around 80 percent of Botswana’s agricultural earnings – graze. Researchers from the University of New South Wales (UNSW) wondered if they could trick predators, which usually rely on remaining undetected to ambush their prey, into thinking they’d been spotted, and thus the attack wasn’t worth it.

You may be thinking a pair of eyes on an ass shouldn’t be enough to deter some of nature’s deadliest  hunters, but big cats have a surprisingly low success rate when it comes to hunting – for cheetahs, it’s around 50 percent, while for leopards it’s only 38 percent, and lions just 25 percent – so whether an attack is worth the energy expended is always considered.

“Lions are ambush predators that rely on stalking, and therefore the element of surprise, so being seen by their prey can lead to them abandoning the hunt,” explained joint UNSW Science and Taronga Western Plains Zoo researcher Dr Neil Jordan in a statement.

“We tested whether we could hack into this response to reduce livestock losses, potentially protecting lions and livelihoods at the same time.”

Botswana’s struggling cattle industry is well documented. Longer and harsher droughts are causing animals to die due to a lack of drinking water and grasslands. These harsh conditions also drive predators to more desperate hunting measures, including snatching cattle. According to a census last year by Botswana Statistics, the country’s cattle population dropped from 2.5 million in 2011 to 1.7 million in 2015.

Human-wildlife conflict is a growing pressure in many Africa countries, but getting rid of predators or reducing their hunting ranges by placing vast fences across natural landscapes is not the answer. The researchers worked with local farmers in the Okavango delta region to try out the eyespot idea, and were impressed with the results, publishing their findings in Nature Communications Biology.

They tested out the painted eyespots on 14 different herds that had experienced lion attacks. A third of the herds had eyes painted on their rumps, a third had a simple cross, and a third was left unpainted. They found that those with extra eyes were much more likely to survive. In fact, no four-eyed cows were lost at all during the four-year study. Surprisingly, they also found that the painted crosses seemed to act as a deterrent too, with just four of the cows with crosses killed, compared with 15 of the unpainted cows.

“While these results do support our initial hunch that creating the perception that the predator had been seen by the prey would lead it to abandon the hunt – the detection hypothesis – there were also some surprises,” Dr Jordan said.

This is curious as eyespots – a form of mimicry where patterns look like eyes – have evolved in many species, from butterflies to birds, to act as anti-predator signals, but eye mimicry to deter predation has never occurred in mammals before, though this research appears to show it works. The researchers suspect this may mean mammals have an inherent response to eyes that could be used in the continued quest to prevent human-wildlife conflict.

The researchers have translated their findings and methods into practical guides in both English and Setswana in the hope that more farmers will use this tool as a more humane and ecologically sound method for predator control. 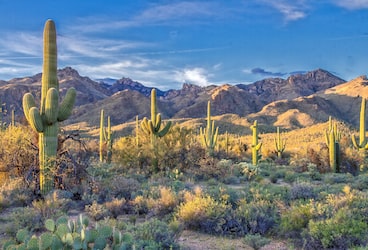