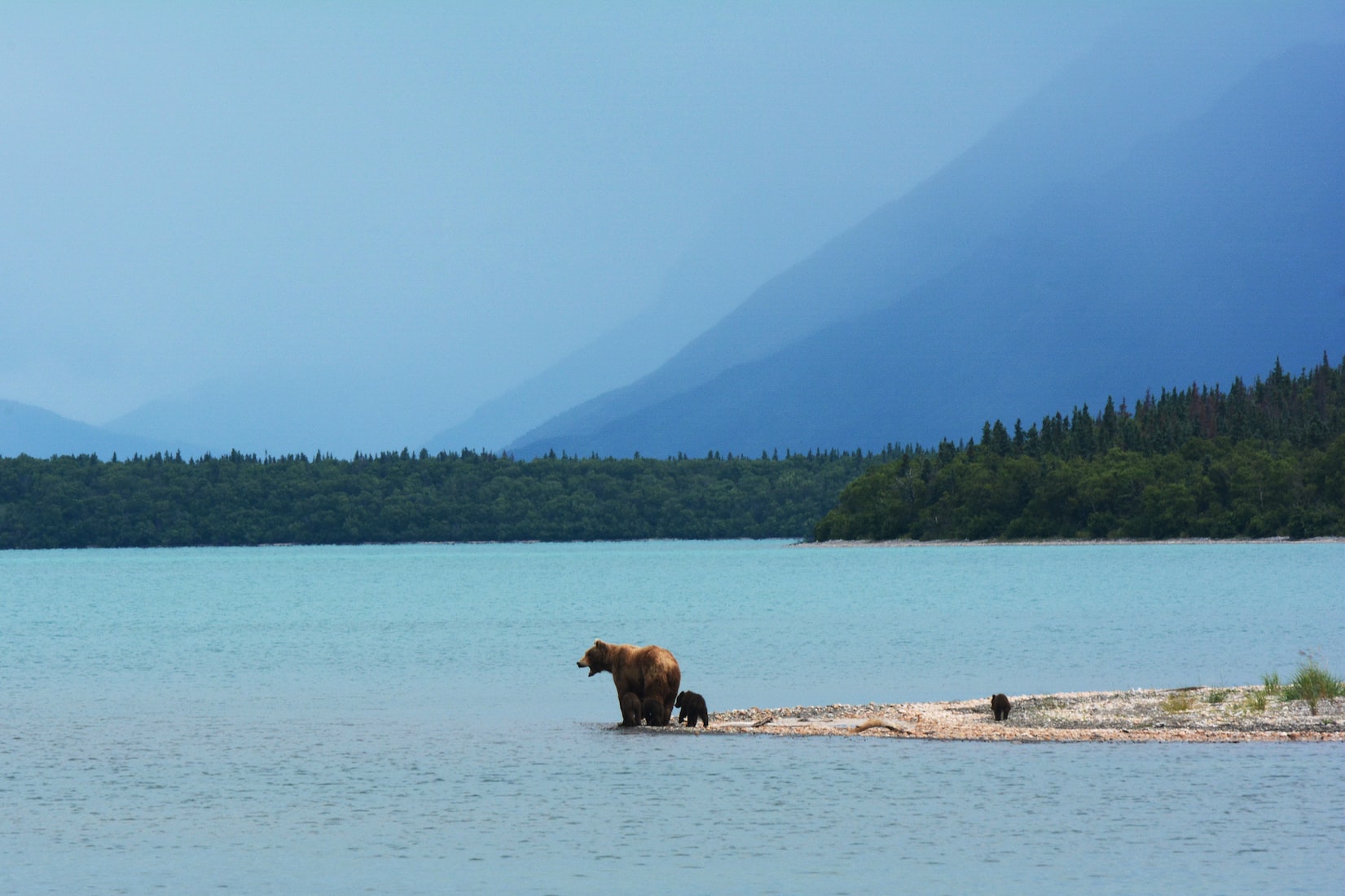 The tragic outcome described in the article below is not surprising.

If you are in bear country and come upon a kill or carcass including livestock, you are likely within 100-200 feet of a bear. Bears camp out on these carcasses until they are completely eaten—and defend their food against all comers. Wounded bears are especially dangerous.

NOTE: this article was originally published to Heavy.com on September 26, 2020. It was written by Erin Laviola.

Austin Pfeiffer has been identified as the Ohio man who was killed in a “surprise attack” by a grizzly bear during a hunting trip to Alaska, according to a statement from the National Park Service.

The attack happened at the Wrangell-St. Elias National Park and Preserve, which covers more than 13 million acres in southeastern Alaska. Park Service spokesperson Jan Maslen explained in the statement that the fatal attack occurred in a remote area about “50 air-miles from the nearest community of Northway, Alaska, and 130 miles from park headquarters.” Maslen added that this was the first recorded fatal bear attack since the park was established in 1980.

Here’s what you need to know:

The hunter killed by a grizzly bear in Wrangell-St. Elias National Park died in a “surprise attack” while field-dressing a moose, the National Park Service says: https://t.co/Yl0PEHS6pL

Pfeiffer traveled to Alaska, along with a friend, for a 10-day moose hunt, the National Park Service explained in the original news release. The attack happened near the Chisana River drainage. The Park Service described the area as “mixed tundra and forest lands with dense vegetation.”

According to the Anchorage Daily News, Pfeiffer and his friend killed a moose on Saturday, September 19, during the evening hours. They returned the following day to gather the meat. The newspaper, citing Maslen, reported that Pfeiffer stayed to “field dress the moose” while his friend carried loads back to their campsite.

The friend, who asked not to be named publicly according to the Associated Press, told the Park Service that he first encountered the grizzly bear as he was walking back from the camp. He said the bear charged at him and that he fired several shots at the animal. The friend said the bear “flinched as if shot” and ran away. He made it back to the spot where they had been preparing the moose and found Pfeiffer dead, Maslen told the Anchorage Daily News.

According to NBC News, the campsite was located about half a mile from where Pfeiffer and his friend had been salvaging the moose. Maslen told the network, “The bear that charged Pfeiffer’s partner is believed to be the same bear that caused Pfeiffer’s death.”

Pfeiffer Did Not Have a Weapon or Bear Spray ‘Readily Available’ at the Time of the Attack, According to the NPS

The National Park Service determined that Pfeiffer had been surprised by the grizzly bear and didn’t have time to take any defensive actions. NPS explained in a news release that “a defensive firearm or other deterrent, like bear spray, was not readily available to the victim.”

According to the Park Service, the agency was made aware of the bear attack around 7:30 p.m. on Sunday, September 20. Pfeiffer’s hunting partner was evacuated from the area and park rangers secured the site. Alaska Wildlife Troopers helped to recover Pfeiffer’s body and transported him to the Alaska State Medical Examiner’s office in Anchorage the following day.

Park rangers did not find the grizzly bear and say there is no evidence the animal remained in the area. But the agency said it will “continue to monitor the area for bear activity.”

The Alaska Department of Fish and Game explains on its website that hunters are advised to remove game meat immediately after a kill in order to reduce the probability of encountering a bear. The agency also encourages hunters to make a lot of noise while packing meat “to announce your presence to any bear in the area.”

Pfeiffer Was a Newlywed

Pfeiffer was just 22 years old and was still a newlywed at the time of the attack. He and his wife were married in October 2018, according to Richland Source.

Pfeiffer’s wife, Ryleigh, described him in an interview with WJW-TV: “When Austin wasn’t working, he was outside, hiking, hunting, just enjoying everything God had to offer. Austin was such a kind, caring patient man and he loved me, his family and friends.”

Pfeiffer was employed at Dolce’s Tree Service in Richland County. According to his bio on the company’s website, Pfeiffer worked as a job site foreman and was described as a “skilled tree climber, lift operator, and all-around handy man.” Pfeiffer also worked at Gamemaster Taxidermy, according to his Facebook page.