Are Camels Natives to North America?

The question of whether llamas and camels are natives or exotics in North America exposes the many contradictions inherent in the phony science of invasive species “biology.”

Millions of years ago the camel family – camelids –  evolved in North America, eventually dividing into at least three races. One of these went west across the land bridge, which emerged between Eurasia and America with each Ice Age of which there have been many. Another stayed in America; these camels were so similar to their Dromedary and Bactrian cousins that paleontologists are challenged to tell them apart. A third branch evolved into the llamas, alpacas, guanacos and vicunas which once abounded in North America and survive in South America.

When humans arrived around 12,000 years ago, North American camels were hunted as explained in the paper below. Soon they became extinct along with 80 percent of all the large animal genera (more than 50 species) in North America. The Pleistocene extinction in America was the largest and fastest mass extinction since the dinosaurs. Something similar happened on every continent when humans showed up, starting in Australia more than 50,000 years ago.

The invasive species folks say all members of the camel family – camelids – are exotic in North America. But are they? Consider these questions:

How long must an animal have been in North America to be a native? What is the precise date an animal must have been present: 12,000 B.C.? 1492? What are the dates exactly? What science justifies these dates? Camels and horses were in North America long before bighorn sheep or any of the deer species. What are the differences between sheep, bison, elk, caribou, moose and deer that came across the land bridge from the west, and horses and camels that went west and then came back? What are the distinctions? What science justifies them?

Invasive species “biologists” insist that any animal introduced by humans “harms” native animals and habitat. Until at least 10,000 years ago lamas, camels and horses were symbiotic with the grasses with which they co-evolved for up to 20 million years. The grasses survived the Pleistocene extinctions. Were camels and horses bad for these plants 10,000 years ago? Are they bad for the same plants today? What are the distinctions? What science justifies these?

Is a native wild animal eradicated by humans considered an exotic if reintroduced by humans? Did deer, turkey, antelope, elk, bison, bighorn and the rest cease to be native when they disappeared across most of North America? Are restored populations of these animals, all of which have somewhat different genetics than the animals that were replaced, “exotics” in the areas to which they were restored?

For instance, bighorn are being introduced in ranges that never had bighorn, where according to sheep “managers” they will not survive without human intervention. Does that make them “exotic” or “invasive” species  in those places? What are the distinctions, and what science justifies these?

Again, how long must an animal have been missing in North America to cease to be a native? Horses and their ancestors were in our deserts for 50 million years. Also due in large part to human impact, they disappeared about 5,000 – 10,000 years ago. Horses have been back for 500 years. They are said to be “exotics” in part because the genetics of modern horses are different than native horses, and, because of an arbitrary date that has never been defined. Yet every reintroduced species has different genetics than the original and their origination date is unknown. What are the distinctions? What science justifies these? The human species is not “native” to America. Or is it? Is there such a thing as a “native” American? Is there a genetic basis for “native American” animal species? If so, where in the taxonomic classification of family, genus, species, subspecies, isolated genetic pool, do we draw the line to determine which animals must be eradicated and which may be introduced? The rules for people, elk, bighorn, deer, bison, bears, coyotes, cougar and on-and-on vary in almost every instance. What are the distinctions? What science justifies these?

Humans killed many species and brought many others. If humans are an exotic, and if all human introductions do “harm” why are human eradications considered “natural” but human reintroductions “unnatural”? Why isn’t all human impact including wildlife “management” harmful? What are the distinctions? What science justifies these?

Is any animal brought from somewhere else by humans a non-native as invasive species biologists claim? Texas’ bighorn were of the subspecies Texensis which became extinct. Restored bighorn are of a different subspecies, Nelsoni and come from far away: Baja California, Nevada and Utah.

Each was from a distinct and isolated genetic pool, which could never have migrated to Texas without human interference. Bighorn “managers” say that in order to survive, bighorn require artificial conditions including water supplementation, predator control and eradication of pre-existing “competitors” such as burros, elk and aoudad. The artificial migration of bighorn with unique genetics, the creation of artificial habitat and “management” practices that put animals where they could not otherwise survive, the harm to pre-existing wild populations and biodiversity, are all defining characteristics of an “invasive species” according to invasive species biology; and yet the rules that justify eradications of predators, elk, burros, wild longhorn, aoudad and lamas don’t apply to bighorn. What are the distinctions?  What science justifies these?

Texas Parks and Wildlife staff kill every elk found on state-managed land as an “exotic invasive” that “competes” with natives, especially bighorn. Elk, pronghorn, bison and bighorn are found together across the West. Elk were indisputably native across Texas as my brother, our coauthors and I have demonstrated in this study: CLICK HERE.

Elk will repopulate their old ranges in Texas without public subsidy, if only left unharmed by the agency that says it is dedicated to protecting Texas wildlife and enhancing public hunting opportunities. With respect to killing elk to introduce bighorn, are the two “competitive” or complementary? Do predators “compete” with prey? Do all animals that sometimes eat the same plants “compete”? Do all animals that drink water “compete”? If elk “compete” with bighorn, do bighorn “compete” with predators, elk, deer, pronghorn, bison, cattle, and so forth? What are the distinctions? What science justifies these?

Since “alien, exotic, native, invasive, competition, aggressive, natural, unnatural, eco-system harm, integrity, eco-system health” etc. are not defined they can neither be tested, nor used to develop operating rules for practices. They appear useless in predicting or measuring outcomes. Are these scientific-sounding terms that we hear so often anything more than empirically-hollow buzzwords? What are their definitions? Where is the science that supports them?

The definitions’ criteria need to be measurable and objective, not just subjective speculation. They should apply to all species, irrespective of whether they are theoretically “native” or “alien.” In the absence of these criteria, on what basis are decisions about which species to encourage or exterminate being made?

If definitions for these terms are subjective, how are these adequate to allow landowners and managers to apply these terms in our own practices, let alone to formulate a scientific discipline of ecological principles to guide public policy?

Opinions on these questions, even if shared by so-called experts, are not science. Biological bigotry masquerading as science — invasive species biology — is taught in our universities, which in general have dropped “hard” science along with most of the core curriculum (composition, literature, intermediate-level foreign language, US government or history, economics, mathematics, and natural and/or physical science), and increasingly discourage academic freedom in favor of political correctness: CLICK HERE. Wildlife practitioners must have analytical tools and critical thinking skills, and the freedom, and the duty, to follow the time-tested principles of an objective scientific method.

All wildlife agencies and conservation organizations claim to subscribe to the North American Wildlife Management Model, which requires basing all actions on sound science. Replacing science with vague dogmas expressed in hollow buzzwords that could mean almost anything violates this core principle. It also relieves agencies from the accountability they owe the public. Worse, it legitimizes the many destructive wildlife practices promoted by Big Wildlife – the coalition of agrochemical/seed giants, agencies, universities, elected officials, and conservation organizations – whose attacks on biodiversity, not “invasive species”, are what is doing such harm to wildlife, habitat and the environment.

Wild burros like these were killed by park managers at Big Bend Ranch State Park, as part of their eradication of burros as an “invasive” species. 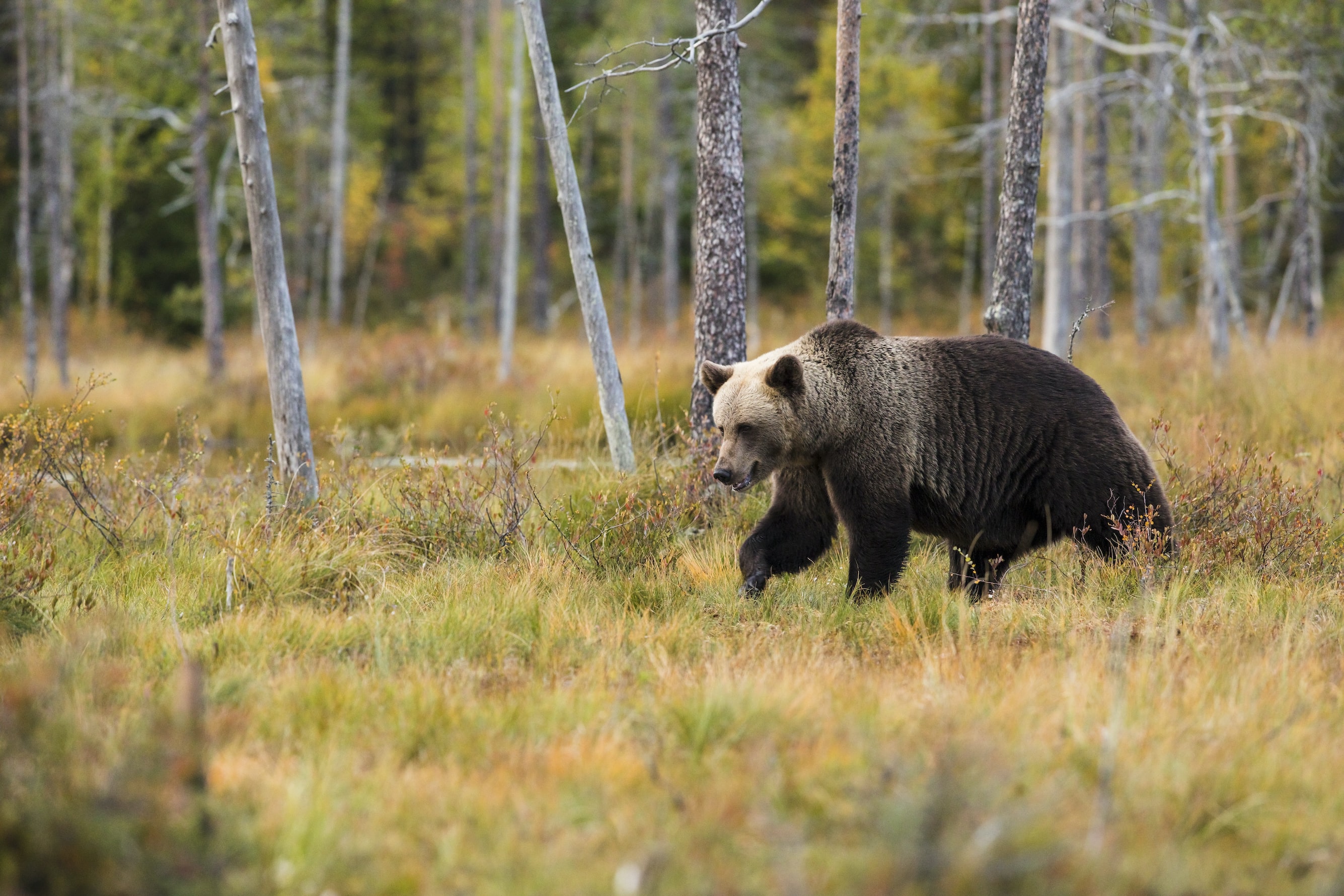