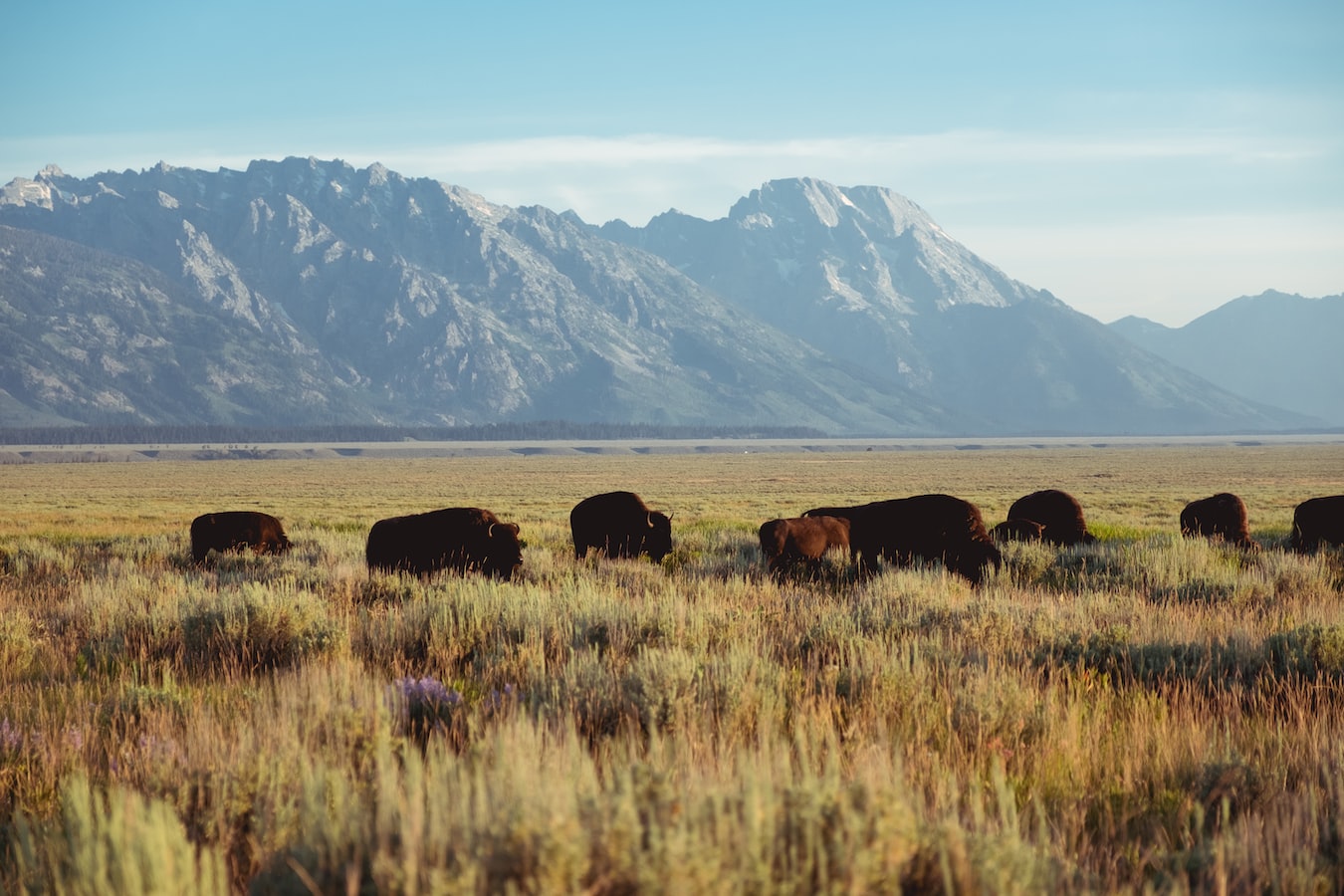 “Because they are mismanaged, bison carry and spread brucellosis, a highly contagious, bacterially-caused disease that causes spontaneous abortions in cattle and other animals, and also poses a serious threat to human health. The goal of free ranging bison is a good one. It will remain a pipe dream until and unless the brucellosis issue is successfully resolved.

NOTE: this article was originally published to APNews.com on April 27, 2021. It was written by Matthew Brown.

BILLINGS, Mont. (AP) — Native American lawmakers in Montana on Tuesday called on the Biden administration to help craft a plan to reintroduce wild bison to the landscape in and around Glacier National Park and the Charles M. Russell National Wildlife Refuge.

The request was made by eight members of the Legislature’s American Indian Caucus in a letter to Interior Secretary Deb Haaland. It comes after Gov. Greg Gianforte and his fellow Republicans in the Legislature have sought to make it harder to reintroduce bison to areas of the state that the burly animals once roamed.

American bison, also called buffalo, carry cultural significance for Plains Indians and were depended on by many tribes for food, clothing and other necessities until the huge herds that once populated the U.S. West were wiped out in the late 1800s.

State Rep. Tyson Running Wolf said the American Indian Caucus members decided the administration of President Joe Biden would be more willing to help bring back bison than Gianforte, who last week cited the need to protect the agriculture industry when he canceled a bison reintroduction plan adopted by his predecessor.

“It feels like during this legislative session, Native concerns and even buffalo as part of Native culture have just been invisible,” said Running Wolf, a Democrat from Browning and member of the Blackfeet tribe. “Americans tribes in Montana have a deep-rooted connection with the buffalo, from commerce to religion to cultural values.”

But ranchers in Montana have long opposed efforts to restore the large animals to the landscape, fearing they could compete with livestock for public grazing space and spread the disease brucellosis. That’s an infectious disease carried by Yellowstone National Park bison that can cause animals to prematurely abort their young.

Haaland’s office did not have an immediate response to Tuesday’s letter. Last year her predecessor, David Bernhardt, announced a 10-year initiative to advance bison restoration efforts that had languished.

As many as 30 million to 60 million bison once inhabited most of North America, according to federal wildlife officials. Mass slaughters drove them to near extinction, and today there are roughly 11,000 wild bison on public lands in 12 states.

Federal officials have talked about restoring bison to more areas of the U.S. West for decades. But they have been brought back only to isolated areas such as the grasslands of the Rosebud Sioux Indian Reservation in South Dakota, where 100 bison from nearby national parks were released last year with plans to increase the herd size eventually to 1,500 animals.

The Blackfeet tribe along the Montana-Canada border has its own herd and wants to expand the animals’ range into Canada and onto adjacent federal lands, including Glacier National Park and the adjacent Rocky Mountain Front.

A conservation group, the American Prairie Reserve, has a large herd in central Montana near the 1.1 million-acre (445,150-hectare) Charles M. Russell refuge. But it’s faced strong pushback from the local agricultural community over ambitions to establish a larger area for bison to roam.

Gianforte’s decision to cancel the state bison management plan was announced as part of a settlement of a lawsuit with a property rights group. The group raised worries that state officials under Bullock had schemed to establish a free-roaming herd within the refuge along the Missouri River.

“How could you possibly keep those animals from wandering onto neighboring property? I don’t imagine you would plan to fence the entire” refuge, said Chuck Denowh, policy director for the group, United Property Owners of Montana.

Bison have been successfully restored to some Native American reservations, and that’s where they should largely remain, he added.

“They manage them well, and they don’t pose a significant threat to neighboring landowners,” Denowh said. “The tribes are ultimately responsible for those animals. That’s working in Montana, and we don’t see that we should deviate from that.”

Yellowstone National Park is home to one of the largest remnant populations of the animals, and park administrators have been trying for years to expand a program to send portions of those bison herds to tribes or public lands. Most bison that leave the park during their winter migration to feeding grounds outside the park are shot by hunters or shipped to slaughter because of worries about brucellosis.

Hundreds of thousands of domestic bison that have been interbred with cattle are raised on private ranches in the U.S. and Canada for their meat.