Montreal Turns to Coyote Hazing After 19 People Are Bitten 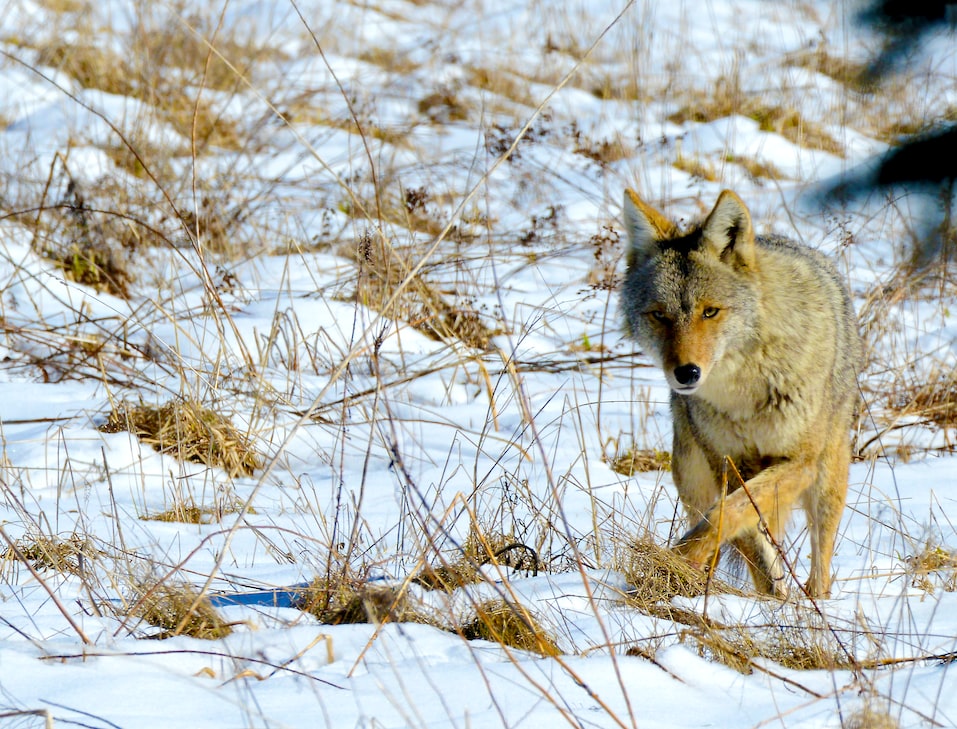 Beginning in the late 1800s, government-funded eradication programs eliminated most wolves in the United States. This policy was based on a complete failure to understand the importance of predators in natural systems. Many unintended consequences followed this misguided practice. It did great damage to wild animal populations, and their decline harmed rangelands. Coyote numbers vastly increased, and, as discussed below, coyotes are found today in most North American cities.

NOTE: this article originally was published to NYTimes.com on December 14, 2018. It was written by Christina Caron.

As coyotes have flourished in urban environments, cities are faced with the task of learning how to coexist peacefully.

Over the last century, these intelligent, highly adaptive omnivores have managed to flourish across the United States and in each Canadian province. But their expansion into urban areas has presented a dilemma: How can humans and coyotes coexist peacefully?

Montreal is the latest city to grapple with coyotes that have attacked pets and people. This week it introduced a new “hazing” policy modeled after the one used in Denver. It aims to teach coyotes to fear humans again, while also training residents how to adapt their own behavior and discourage coyotes from approaching.

Since July 2017, there have been 1,000 coyote sightings in Montreal and 19 people have been bitten, including three children this summer, Émilie Thuillier, the mayor of Montreal’s Ahuntsic-Cartierville borough, said in an interview on Wednesday.

In each of the 19 cases, the wounds were minor, but still alarming to the city’s residents. In July, a petition accused city officials of doing little to fix the problem, CBC reported.

Montreal’s new plan — the first of its kind in the province of Quebec — involves teaching citizens and city employees different techniques to frighten away coyotes.

That includes blowing a whistle, clapping your hands, waving your arms, shouting and — for those in cars — honking horns, Ms. Thuillier said. Throwing objects is also permitted — but not to hit coyotes, only to scare them away.

Coyotes that bite people will most likely be euthanized, she added.

In April, the city set up a coyote hotline to gather better data. Residents may also report sightings using an online form.

Montreal officials have deployed teams of specialists over two one-week periods to make noise and scare coyotes away from the parks, and they are asking residents to avoid leaving out garbage that could attract them.

Coyotes are typically reclusive, but those that have adapted to urban settings have often lost their fear of humans.
Editors’ Picks

Over the summer, Ms. Thuillier said, one coyote could be seen lounging at a popular park.

“It’s not normal to see a coyote just lying in the sun when 100 people are passing by,” she said.

Coyotes have lived in Montreal since 1973, city officials said, a result of their continuing movement eastward throughout North America as they have spread from grasslands and prairies into forested habitats and large urban centers.

Since 1950, coyotes have expanded their range by at least twice that of any other North American carnivore. Experts say that is partly because some of the coyote’s predators, like wolves and mountain lions, are not as prevalent as they used to be, which in turn left more resources for coyotes. And as omnivores, coyotes can eat a variety of things, which helps them adapt to different landscapes.

Researchers believe genes might also play a role. Elizabeth Heppenheimer, the lead author of a study published this month in the journal Ecology and Evolution, said there was suggestive evidence that coyotes that had recently spread to places like southeastern Canada differ genetically from the historical range coyotes, like those in the western part of North America.

The study examined the genotypes of nearly 400 coyotes and identified a few genetic variations associated with “habituation to novel environments and spatial learning.” The study did not include behavior data, however, and the researchers said it was still unclear how any mutations might affect the coyote’s ability to disperse over a wide area.

Finding ways to make coyotes fear humans again is “tricky,” said Roland Kays, an ecologist at North Carolina State University and the North Carolina Museum of Natural Sciences. “Because out in the wild in rural areas if a coyote gets bold and hangs around people, it’s going to get shot,” he said. “And in urban areas that just doesn’t happen.”

In Denver, officials encouraged residents and city staff members to use exclusion techniques on coyotes, but most important was the advice for humans to change their own behavior.

“People have to change what they do to make sure coyotes don’t see us as a food source or just a play to get what they need: food, water or shelter,” Scott Gilmore, deputy executive director of Denver Parks and Recreation, said in an interview on Wednesday.

The city’s strategies appear to be working, Mr. Gilmore said.

“Recently we have not had a lot of incidents at all,” he said.

Stewart Breck, a researcher for the United States Department of Agriculture National Wildlife Research Center who has studied coyote hazing in Denver, said that the hazing was effective in the short term and was recommended to protect people and their pets.

“In the longer-term duration, does this change coyote behavior?” he asked. “We didn’t find any evidence of that.”

It is a tough thing to study.

“It’s really hard to get an objective measure of behavior on these animals,” Dr. Breck said.

Not only are wild coyotes difficult to observe, “they’re amazingly tuned in to people watching them,” he added. “So when you watch them, you change their behavior.”

Most coyotes do not attack humans or pets, and they can help control rodent and Canada geese populations, said Lynsey White, the director for humane wildlife conflict resolution at The Humane Society of the United States.

It is the actions of people, she said, that often lead to problematic coyote behavior.

“I have found over and over again that the best approaches for solving conflicts are to change human behavior,” she said.