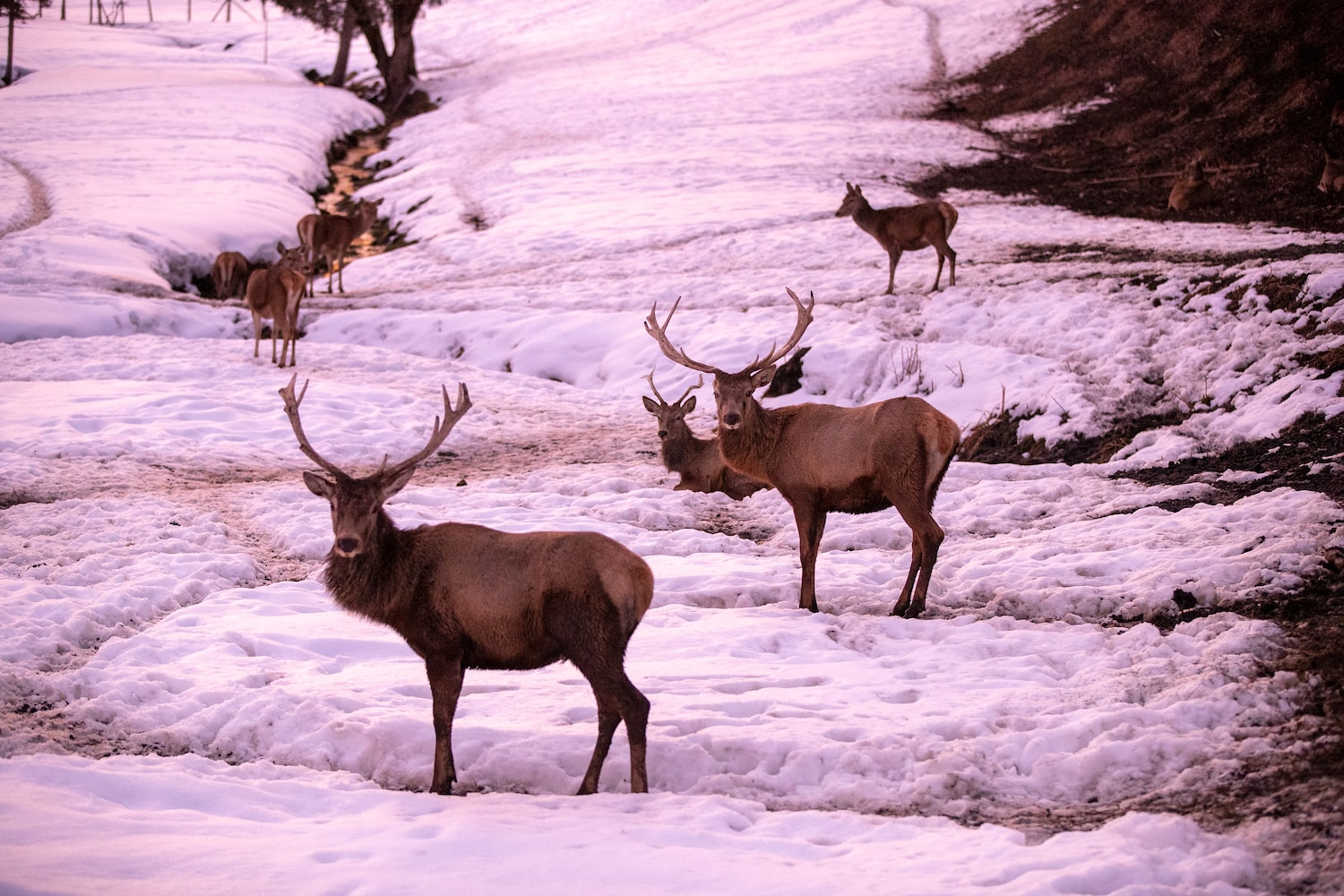 According to the 30-year veteran employee of the Wyoming Game and Fish Department quoted in the article below, agency decisions regarding wildlife need not give equal consideration to economic or social consequences.

The mindset that wildlife outcomes are independent of people and their livelihoods is widespread among the various agencies, both state and federal, tasked with managing public forests and wildlife. It is an important reason that the bureaucracies (and their narrowly focused policies) have allowed Yellowstone’s bison and elk herds to become the national reservoirs for brucellosis, an economically devastating disease that causes spontaneous abortions in cattle, sheep and wildlife species.

These policies have also set the stage to make these cherished public elk and bison herds mega-spreaders of Chronic Wasting Disease (CWD), a fatal neurological disease that affects members of the deer family including elk.

A comprehensive program to eliminate these diseases from the bison and elk herds in Yellowstone and Teton Parks AND the public and private lands surrounding them is long overdue—and conspicuous by its absence. The blame for this negligent oversight properly rests with the federal and state agencies tasked with managing the West’s vast public lands and the wild animals that live on them.

This must change. Entrenched bureaucracies accountable to no one have profoundly harmed public health, businesses of all sizes and types, education at all levels, as well as the national forests, public rangelands and wild animals that are the subject of this article.

In this context, forcing agencies to respond to local interests (people and money) is logical and this legislation is a small first step. Let us hope it is, at long last, followed by a coordinated effort that places science over dogma and internal agendas.

And unless this coordinated effort is approached holistically—considering social and economic factors—the most well-intentioned efforts to save the herds will continue to fail.

NOTE: this article was originally published to JHNewsandGuide.com on March 31, 2021. It was written by Angus M. Thuermer Jr. via WyoFile.com.

The Wyoming Legislature on Monday passed a bill that strips the Wyoming Game and Fish Commission of the authority to close any of the state’s 22 winter elk feedgrounds and gives that power to the governor instead.

The bill passed the Senate 28-1-1 after breezing through the House and a Senate committee. It now heads to the governor’s desk for final approval.

Sponsored by Rep. Albert Sommers, R-Pinedale, the bill comes amid elevated worries about fatal, incurable chronic wasting disease infecting feedground elk and spreading more rapidly because of the artificial crowding on feedgrounds. Those worries, and the discovery of CWD in a feedground herd in 2020, have accelerated conservationists’ calls for closing feedgrounds.

But closing a feedground could also have negative effects, sending elk onto private lands in the winter, where they might mingle with cattle, consume their feed and spread the bovine disease brucellosis.

The bill would require the Game and Fish Department and Commission to submit any proposal to close a feedground to the Wyoming Livestock Board for review before it heads to the governor. Insertion of livestock interests into the wildlife equation is necessary, Sommers has said, because the feedgrounds affect both elk and ranchers.

Closing feedgrounds is “a multi-species decision,” Sommers said. Closing a feedground is “not just a Game and Fish issue,” he said when explaining the bill last month.

Wyoming feeds some 17,000 elk for several months every winter in Teton, Sublette and Lincoln counties, all west of the Continental Divide. The agency last fall began a yearslong process collecting public views, strategies and comments as they seek a resolution to the looming problem.

If signed by Gov. Mark Gordon, the measure would further diminish the authority of the seven-member Game and Fish Commission, a civilian panel that oversees the wildlife agency.

Feedground-closure decisions “need to be made by an elected official,” he told the House Travel, Recreation, Wildlife & Cultural Resources Committee on Feb. 23.

The bill comes at the expense of wildlife, the Wyoming Outdoor Council said when the measure was introduced. The group promised vigilance “to ensure that Game and Fish is not hindered from making science-based decisions in the best interest of Wyoming wildlife and communities.”

Conservationists are worried about what they say is historic and continuing erosion of the authority held by the Game and Fish Department and its overseeing commission. The two are tasked “to provide an adequate and flexible system for control, propagation, management, protection and regulation of all Wyoming wildlife,” their founding law states.

For Chris Madson, a former 30-year agency employee, that means the agency must advocate forcefully for wildlife. Game and Fish’s charter doesn’t say wildlife decisions should be made “consistent with economic development in the state or as long as such efforts do not interfere with industrial development or other economic interests,” he said in an interview.

The bill continues a pattern of politicians’ actions, he and others said. “Whenever they get an answer they don’t like,” Armond Acri, a lifetime hunter and angler said, “they reach over and try to change things.”

One turning point in the agency’s history came several decades ago, when lawmakers made the Game and Fish director an at-will employee whom the governor could fire at any time for no reason, several critics said.

“Good managers pick good people and give them directions and let them do their job,” Acri said. “Poor managers micromanage their people. You want good people who will tell you you’re the emperor and you have no clothes.”

Subjecting the Game and Fish director to the governor’s will “took the voice away from the Game and Fish,” said Dwayne Meadows, executive director of the Wildlife Federation. Often when Wyoming politicians learn of a potential wildlife protective measure such as designating a migration corridor or guarding an animal under the Endangered Species Act “they see it as a threat, especially to the oil and gas industry,” he said.

That became apparent when Game and Fish biologists were tracking, observing and mapping wildlife migrations. The agency designated several migration corridors before industry protested and Gov. Gordon stepped in to take over the process.

Once mapped and designated, the corridors are used by regulating agencies when deciding whether to restrict development or activity in sensitive wildlife areas. Designating a migration route, “it’s an observation,” Acri said. “You can’t argue with an observation.”

Madson said migration corridor designation is “their best technical analysis [that] this is an important route.”

If the department had authority to go into a corridor and say what could or could not be done — maybe at that time it’s time to have the big discussion about how far we’re going to go and who gets affected,” Madson said.

But when it comes time to forward their best technical analysis for wildlife “they were not allowed to even do that,” he said. “Is that an erosion? I think it is.”

Before it moved to the Senate floor, Game and Fish Director Brian Nesvik presented Sommers’ bill to a Senate committee, saying he understood the ranchers’ interests.

Sommers’ measure “would formally provide the authority for the closure of a feedground with the governor,” Nesvik said. He challenged the notion that the bill would strip the agency of its authority.

“I don’t view it that way,” he said. “I would never propose to close a feedground without the governor being on board. I don’t view it as having our authority stripped away.”

Nesvik agreed that artificially gathering elk can spread diseases faster. “The science doesn’t indicate that’s the best thing to do,” he said. But the herds have lost their historic learned migration patterns. Feedgrounds keep elk from cattle, reduce their consumption of ranchers’ hay, reduce competition with mule deer on winter ranges and help provide an ample surplus of wapiti for hunters, Nesvik said.

In introducing the bill on the Senate floor, Sen. Larry Hicks, R-Baggs, said the measure would require Game and Fish “to coordinate and consult” with the Wyoming Livestock Board before it submits a recommendation to close a feedground.

The bill has no consultation language regarding closure recommendations and puts the Livestock Board in a position to make the closing arguments before the issue hits the governor’s desk. Once it receives the Game and Fish recommendation, the Livestock Board “shall provide its opinion to the governor on whether the board believes the closure of the elk feedground is appropriate,” the bill reads.

Many of those speaking on the bill during House and Senate committee hearings addressed the specter of sudden feedground closure, not who should have authority over their closure.

Sommers and others have said the bill ensures a process is in place to listen to the worries of all parties when it comes to feedground management.

Nesvik told lawmakers that even under today’s laws he would never close a feedground without going to the governor or engaging a spectrum of interests, including those of stockmen and women.