This company is betting that South Texas’ rangelands and savannahs can produce the world’s finest pork.

Their efforts point the way to solving Texas’ so-called ‘feral pig problem’. Big Pork and their regulators created this by declaring that free-ranging South Texas pigs are unsafe to eat, and unfit for the consumer food chain. As a result, consumers can only buy the pork produced in the environmentally disastrous, cruel, epidemic-ridden industrial pig factories which the ‘health’ agencies promote. This pork is laced with antibiotics, hormones, and other additives known to harm human health.

For the first time in history Acorn-fed 100% pure Ibericus pigs raised in the USA.

Jamón ibérico is one of Spain’s most beloved traditions. It embodies the most important parts of Spanish culture: fine craftsmanship, slow dining, and a rich history.

Inspired by the movement of fine European wine to Napa Valley, the Acornseekers decided to bring this culinary jewel to America. They found that the best American environment in which to raise the pigs was in South Texas, with its temperate climate, large oak trees and a copious amount of acorns.

The journey to America with 200 pigs was not an easy one, but eventually they all touched down in New York City on a moonlit August night, and then endeavored on a twenty-eight hour drive to Texas.

A year and a half later, the number of American-born Ibericus pigs has blossomed to over a thousand, and the first cuts of Acornseekers pork are making their way to a table near you.

It seems that the American dream can be achieved, when pigs fly.

For more information about our company, products and point of view – https://medium.com/@Acornseekers 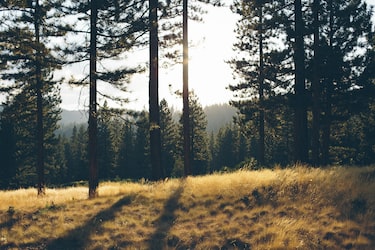