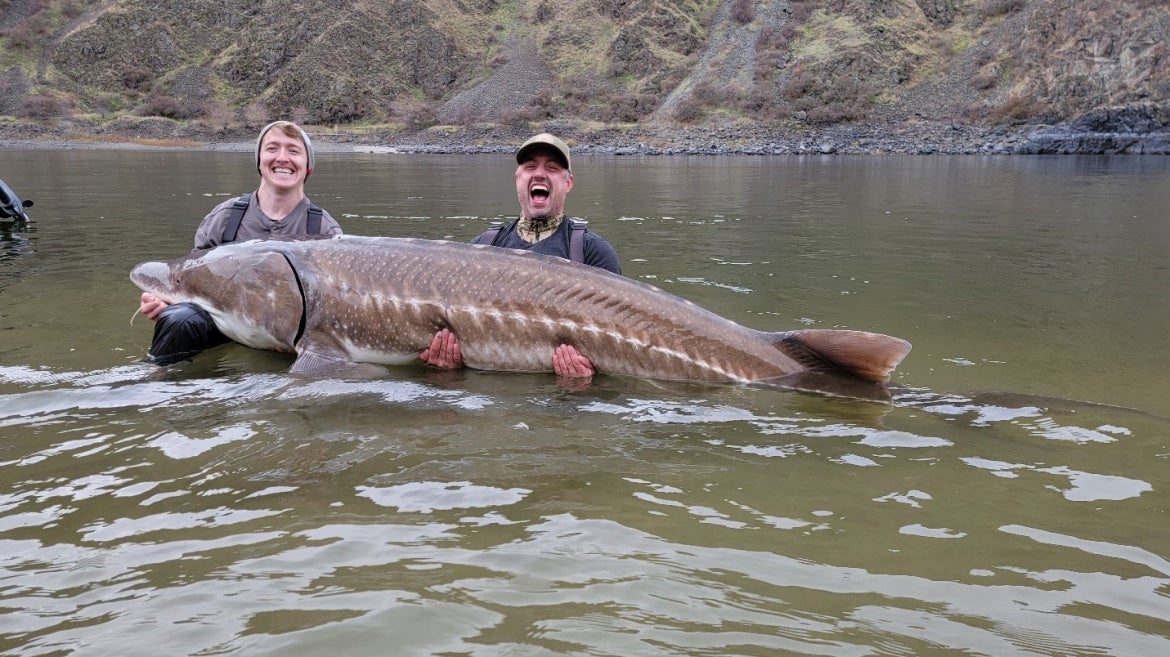 Giant sturgeon, the only source of true caviar, were once abundant in America’s rivers. Two hundred years ago, the Hudson, Delaware and other eastern US rivers were the main suppliers of caviar for Europe. During those years, the Russian Czars maintained agents in New York to buy Hudson River caviar.

Sturgeon were fished out by the late 1800s, and the Caspian Sea became the main source for caviar. The Russians and Iranians have now ruined that fishery by overfishing it as well. Since 2005, the US Fish and Wildlife Service has banned the importation of Caspian caviar to help protect remaining stocks of beluga sturgeon.

Meanwhile, thanks to reintroduction and conservation efforts, as reported below giant white sturgeon are again found in the Snake River.

And there is a commercial sturgeon farm on the Snake that sustainably produces the finest true caviar found today. CLICK HERE to learn about Idaho sturgeon restoration and farming, and where to find America’s best caviar. NOTE: this article was originally published to Outdoorlife.com on January 7, 2022. It was written by Bob Mcnally.

The Hell’s Canyon area of Idaho’s Snake River is a wild and wonderful place. It’s one of the few places where anglers can catch a giant white sturgeon that weighs 100 pounds or more. The stretch of river nearer Lewiston, Idaho, typically has much bigger sturgeon, but those are also uncommon.

Each year state fisheries biologists sample the Snake’s sturgeon to measure, tag, and evaluate the health of the iconic species. And this year, Idaho Game and Fish regional fisheries manager Joe DuPont says research crews set a notable record by landing and examining three different Hell’s Canyon white sturgeon. Each measured more than 10 feet long and weighed at least 500 pounds. According to DuPont, white sturgeon of this size are rare in the Hell’s Canyon portion of the Snake, and the biologists hadn’t caught a 10-footer in the past five years.

“A group of us were out sampling sturgeon this fall, and what we experienced was so amazing that I just had to share it,” DuPont wrote in an IDFG blog post last week about how he and a sturgeon sampling team had gone out this summer. “We were having difficulty hooking fish this particular day as the fish were biting very lightly, and if you didn’t get to the rod quickly, you missed your opportunity. So, we adjusted our strategy by staying focused on our rods, and when the rod moved we did not wait to set the hook. This strategy paid dividends, as not too much later, we hooked into a brute. ”

Dupont reccomends using a boat to follow sturgeon after you’ve hooked up, to prevent the line from breaking off. Joe Dupont / IDFG

An hour and 15 minutes later they boated the sturgeon, which measured 10 feet, 1 inch long and had a 50-inch girth. The researchers tagged and released it. After catching that one, DuPont says his crew headed downriver to meet another boat of biologists sampling white sturgeon—and found they were hooked up to an even larger fish.

The anglers boated the second sturgeon in 90 minutes, and measured it at 10 feet, 4 inches long with a 54-inch girth. It also weighed about 500 pounds. That particular sturgeon had never been caught or tagged previously by state fisheries biologists.

“And it didn’t stop with the second monster from the depths,” DuPont wrote. “Over the rest of the week, we landed another 10 footer—twice! The second time we caught it, it was a half-mile farther upriver. This was the sixth and seventh time we have landed this particular sturgeon.”

The first time that fish was caught was in 2010, when it measured 9 feet, 10 inches. Eleven years later, its put on another 6 inches in length. While it’s nearly impossible to accurately age such massive white sturgeon, DuPont says they are ancient.

Catch-and-release at its best in Hell’s Canyon. Cecilia Spangler / IDFG

DuPont says Idaho fisheries staff have been working to tag white sturgeon in Hells Canyon for more than 30 years, during which they’ve handled some 4,000 fish. Fewer than 10 of those have measured at least 10 feet in length. The largest sturgeon they had previously sampled was 10 feet, 8 inches, and also weighed more than 500 pounds. The state catch-and-release record for white sturgeon also came from Hells Canyon, and measured just shy of 10 feet. If you’re interested in fishing for these prehistoric fish, check out DuPont’s tackle and tactic recommendations for them here. 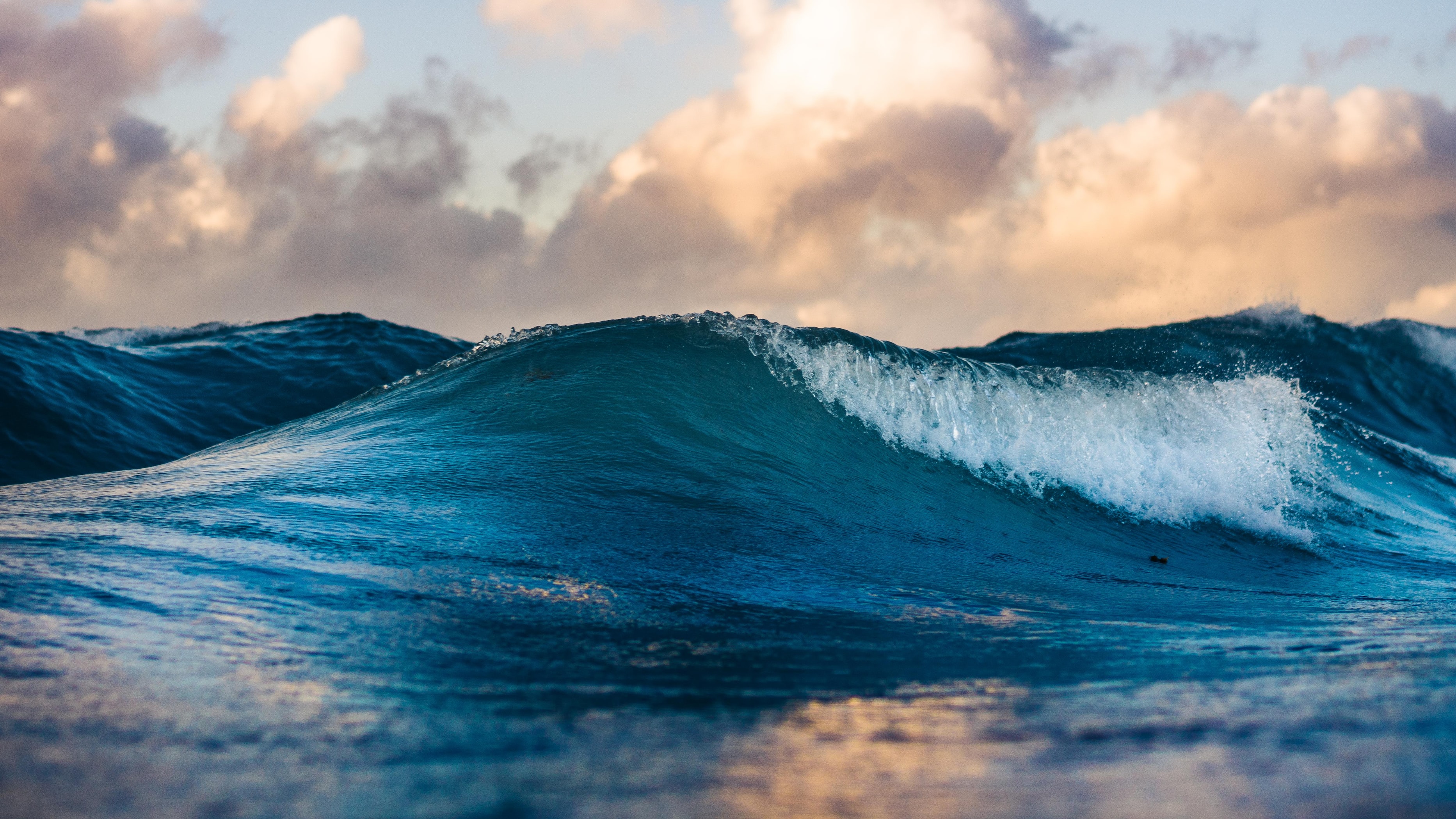 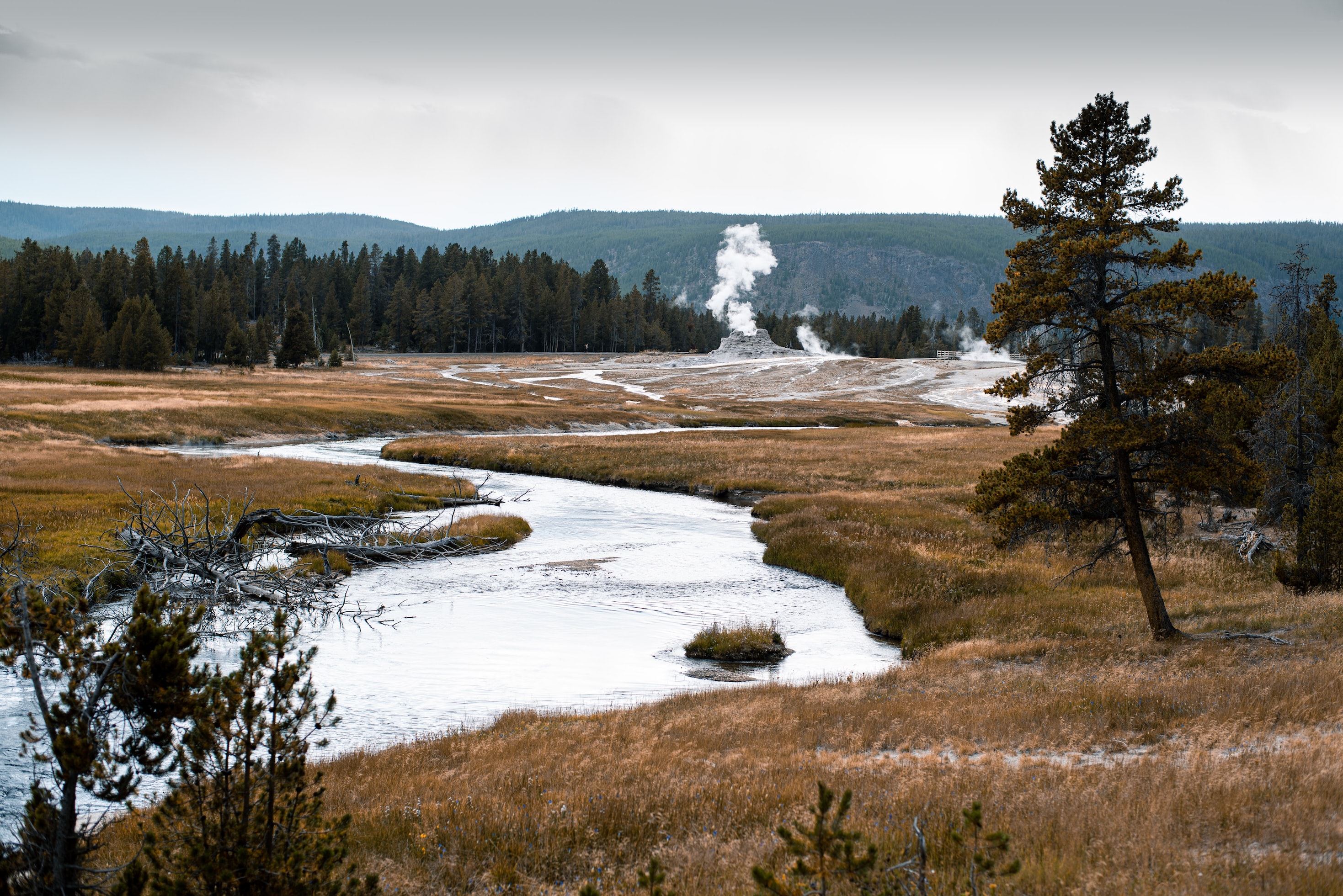