Hunting Is Conservation: A Paradox Explained 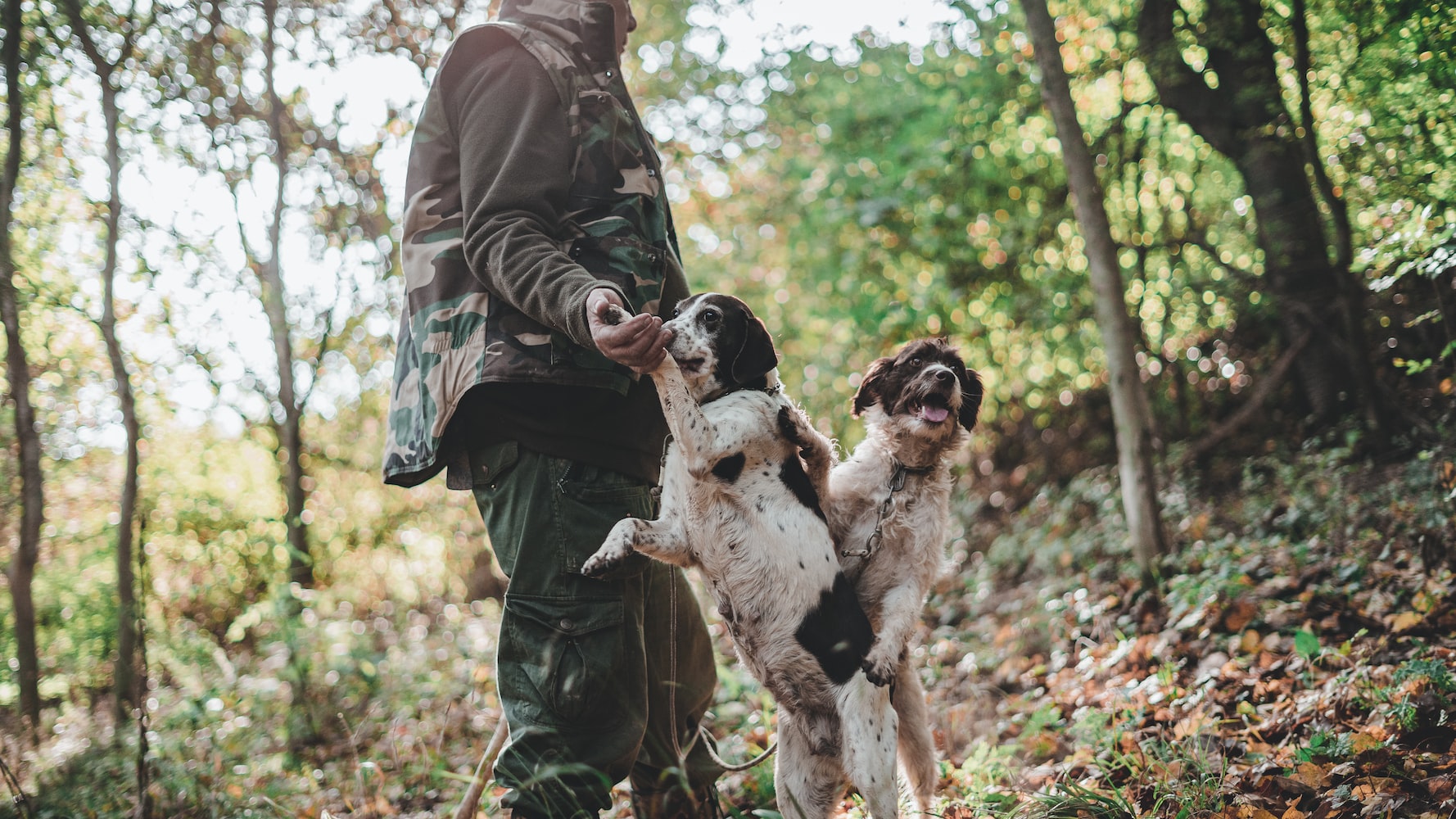 Quoting the authors of the article below, ” Non-hunters are often surprised to learn that it was hunters who spearheaded the conservation efforts that rescued our nation’s wildlife from the cusp of extinction. The truth is: hunting and conservation have had a symbiotic relationship since the close of the 19th century.”

NOTE: this article was originally published to DailyCaller.com on July 9, 2020. It was written by Charlie Eastman.

The slogan “hunting is conservation” may be counterintuitive to those who are unfamiliar with the history of North American wildlife conservation.

Legendary hunter-conservationist Charles Sheldon wrote about this paradox in his 1911 sheep hunting memoir, The Wilderness of the Upper Yukon. Sheldon proclaimed, “The hunter-sportsman is a strange combination, possessed by the fascination of hunting and killing the animals that he loves – for every true hunter-sportsman loves the wild animals … I never knew a true hunter, be he the rough pioneer or the cultured man, who did not have an intense fondness for the wild animals, a strong interest in studying them and protecting them, and also a desire to alleviate and prevent their suffering.”

Nearly a century after Sheldon’s death, Emilene Ostlind made similar observations in Wild Migrations. Ostlind noted, “Hunting today is about connecting with the natural world, testing one’s patience and skill in a challenging environment, the thrill of the chase, and passing ethics and naturalist know-how from one generation to the next. Some modern hunters feel a strong connection to their prey, one that motivates them to conserve the species and the habitats they rely on, and to protect the primeval experience of the hunt for future generations.” The truth is: hunting and conservation have had a symbiotic relationship since the close of the 19th century.

Non-hunters are often surprised to learn that it was hunters who spearheaded the conservation efforts that rescued our nation’s wildlife from the cusp of extinction.

At the close of the 19th century, westward expansion and commercial hunting had decimated the wildlife herds that once thrived across the Plains. The iconic mascots of the American Frontier were at serious risk of being permanently extirpated.

Sportsmen who hunted for reasons other than profit began to organize and call for restrictions on the harvest of wildlife, as well as funding for species protection and habitat management. Sportsmen’s magazines such as Forest and Stream advocated for the creation of national parks, forests and wildlife refuges. Their advocacy resulted in the creation of America’s first national park when Congress passed The Yellowstone National Park Act in 1872.

In 1887, Theodore Roosevelt founded America’s first conservation organization—The Boone and Crockett Club. Named after the famous frontiersmen Daniel Boone and Davey Crockett, the Boone and Crockett Club pioneered the concept of a code of hunting ethics and emphasized the distinction between commercial market hunting and hunting for sport. They argued that sportsmen should be guided by ethos such as fair chase, regulated harvest and conservation. The club defined fair chase as “the ethical, sportsmanlike, and lawful pursuit and taking of any free ranging wild, big game animal in a manner that does not give the hunter an improper advantage over the game animals”. This new sportsman’s code of ethics would eventually serve as the foundation for the game laws we know today.

In Deer of the Southwest, Arizona Game and Fish Department biologist Jeff Heffelfinger points out, “There is a vast difference between the unregulated killing that occurred before game laws were in place and the current regulated harvest. It is important to distinguish between the market hunting of yesteryear and today’s highly regulated hunting.”

In 1891, the Boone and Crockett Club—along with George Bird Grinnell’s editorials in Forest and Stream—helped to turn public sentiment against the railroad lobby and prevented the railroads from entering Yellowstone National Park.

Grinnell successfully lobbied Congress to pass the Yellowstone Game Protection Act of 1894, prohibiting the hunting and killing of animals inside the park. Senator John F. Lacey, a Boone and Crockett Club member, drafted legislation to ban the trafficking of wildlife in the United States. Congress passed the Lacey Act on May 25, 1900, effectively ending the era of market hunting.

Teddy Roosevelt’s election to the Presidency in 1901 was a major victory for wildlife conservation. As President, Roosevelt placed some 230 million acres of land under public protection. He added 100 million acres of land to the forest reserves (national forests) and established 5 national parks, 18 national monuments, 51 bird reserves, 4 game preserves and 150 national forests.

The Charles Sheldon National Antelope Refuge was established by executive order in 1931. 4,235 acres of land were purchased for the sanctuary, using funds donated by Boone and Crockett Club and the Audubon Society. President Herbert Hoover allowed for the addition of 30,000 acres of adjacent public land. Another 540,000-acre allotment was added in 1936, creating what is now known as the Sheldon National Wildlife Refuge.

Hunters Fund The Recovery Of Populations – 1937 To Present

Perhaps the most significant contribution to wildlife conservation came in the form of the Pittman-Robertson Act of 1937.

At the behest of the hunting community, the firearms and ammunition industry asked Congress to impose an 11% excise tax on the sale of firearms, ammunition and other hunting equipment to help fund wildlife conservation. As a result, revenues in excess of $8 billion have been turned over to the U.S. Fish and Wildlife Service for wildlife conservation projects. In an article for North American Hunter entitled Big Game Popularity Soars, wildlife biologist Mark Duda explained, “Many Americans are surprised to learn that hunters have been the mainstay of wildlife conservation. Taxes on firearms and ammunition—willingly supported by hunters and the hunting industry—were rescuing wildlife species and their habitats that would have otherwise disappeared.”

Pronghorn antelope, for example, were nearly extinct in 1921, yet the antelope population recovered to over 1 million animals by 1983. There are currently more than 410,00 pronghorn in Wyoming alone, up from 7,000 in 1922. Likewise, fewer than 10,000 elk remained in 1907. Today there are more than 1 million elk in North America. It is critical to note that these extraordinary population recoveries did not occur in the absence of regulated hunting. To the contrary, big game species were legally hunted throughout the entire process.

In their seminal text Pronghorn Ecology and Management, wildlife biologists Bart O’Gara and Jim Yoakum explained, “Against what is known of the dynamics of wildlife populations, many people believe that the killing of an animal means a permanent reduction in the number of that species … Despite what many non-hunters believe, the destiny of nearly all wild creatures is death by starvation, disease or predation. This is the reason the science of wildlife management has proven so successful in the 20th century, and it is the reason pronghorn could be restored to the capacity of their remaining habitat while millions were being legally harvested … Because hunters financed acquisition of habitat and influenced management, especially on public lands, hunted species often fared better than nonhunted ones.”

The expansive ranges that were available to wildlife before the settlement of the continent have long since vanished. By the 1980s, urban sprawl accounted for more than a million acres of lost habitat annually. Hunters are leading the charge in the effort to preserve and restore habitat.

Hunters donate an estimated $440 million per year to conservation groups whose missions include the preservation of habitat. These organizations use a variety of tools to combat the issue of habitat loss. For example, they often partner with ranch owners to acquire conservation easements. These contracts guarantee that large ranch properties will never be subdivided or commercially developed.

Hunter-backed conservation organizations also directly acquire and restore millions of acres of habitat. The Rocky Mountain Elk Foundation (RMEF), for example, has permanently conserved more than 7 million acres of habitat in North America. One such example is RMEF’s acquisition of critical winter range habitat in Montana’s Madison Valley. This low-lying valley serves as a refuge for elk that migrate out of Yellowstone to escape the deep snows at the park’s higher elevations. In 2014, RMEF acquired a 631-acre property in the valley and conveyed the land to Montana Fish, Wildlife and Parks to be added to the Madison-Wall Creek Wildlife Management Area. State game and fish agencies manage today’s wildlife populations to match the carrying capacity of existing habitats. Hunters are working to maximize the abundance of those habitats.

Sportsmen’s associations also fund research projects such as the Wyoming Migration Initiative (WMI). WMI’s breakthrough research, using GPS technology to map ungulate migration routes, helped scientists to identify critical habitats that, if lost to development, would threaten entire herds of migrating wildlife. Armed with their findings, conservationists were able to secure funding to acquire the identified properties and transfer the lands to the Wyoming Game and Fish Department (WGFD).

WGFD manages these lands as Wildlife Habitat Management Areas, providing permanent, open spaces for migrating wildlife. The Muley Fanatic Foundation, a nonprofit conservation organization launched by two Wyoming deer hunters, was so inspired by the WMI’s research that they successfully lobbied the Wyoming State Legislature to pass the Wyoming Wildlife Conservation License Plate Act. Proceeds generated from the program go directly towards funding highway overpasses and underpasses for migrating wildlife. Thousands of animals use these structures as they migrate between their summer and winter ranges, dramatically reducing wildlife-vehicle collisions.

KUIU, a direct-to-consumer vendor of camouflage hunting apparel, aspired to create a hands-on, direct-impact model for conservation projects. In January 2020, volunteers from the KUIU Conservation Direct program conducted the reintroduction of three new Rocky Mountain bighorn sheep herds into North Dakota and Utah. The project was funded entirely with company funds and customer donations, making it the first company and customer funded bighorn sheep transplant in history. These are but a few examples of how today’s hunters are helping to create innovative solutions to complex conservation issues.

Who Is Really Saving Our Wildlife?

Anti-hunting groups such as PETA encourage their activists to “educate people about hunting”, but these activists are often the least educated about science-based management and conservation of wildlife. For example, these groups endorse vegan lifestyles under the assumption that abstinence from eating meat saves wildlife. This assumption is fallacy.

In American Sportsmen and the Origins of Conservation, University of Miami professor John Reiger argued, “Even if we all became vegetarians, we would be killing animals right and left. The intensive production of any crop means clearing the land and removing it as habitat for a myriad of wildlife species.” Anti-hunting groups often resort to using vague and sophomoric rhetoric since their claims lack scientific merit. PETA’s website, for example, proclaims that “Hunters make up many excuses to justify their pastime. However, hunting has no justification.” Scientists, who actually study and manage wildlife for a living, tend to disagree.

In Pronghorn Ecology and Management, wildlife biologists Bart O’Gara and Jim Yoakum observed, “Those favoring animal protection philosophies have had negative effects on wildlife conservation.” By comparison, hunters contribute over $1.6 billion per year, along with countless volunteer hours, to conservation programs. While the slogan “hunting is conservation” may seem counterintuitive to those who are unfamiliar with the history of conservation in the United States, those of us who are familiar with the North American Model of Wildlife Conservation understand that an interdependent union exists between hunting and conservation. Thanks to science-based wildlife management practices and contributions from conservation-minded hunters, our wildlife species have flourished over the last century.

Charlie Eastman is a hunter, conservationist and patriot. His work has been featured in The Washington Times. He holds a Master’s Degree in Finance from the University of Denver and resides in Texas.