How Safe is Your Ground Beef?

Consumer Report’s research concludes that beef from feedlot-raised cattle was more likely to have bacteria overall, as well as bacteria that are resistant to antibiotics, than beef from sustainably-raised cattle.

If you don’t know how the ground beef you eat was raised, you may be putting yourself at higher risk of illness from dangerous bacteria. You okay with that?

“One of the most significant findings of our research is that beef from conventionally raised cows was more likely to have bacteria overall, as well as bacteria that are resistant to antibiotics, than beef from sustainably raised cows. We found a type of antibiotic-resistant S. aureus bacteria called MRSA (methicillin-resistant staphylococcus aureus), which kills about 11,000 people in the U.S. every year, on three conventional samples (and none on sustainable samples). And 18 percent of conventional beef samples were contaminated with superbugs—the dangerous bacteria that are resistant to three or more classes of antibiotics—compared with just 9 percent of beef from samples that were sustainably produced. “We know that sustainable methods are better for the environment and more humane to animals. But our tests also show that these methods can produce ground beef that poses fewer public health risks.”

The American love affair with ground beef endures. We put it between buns. Tuck it inside burritos. Stir it into chili. Even as U.S. red meat consumption has dropped overall in recent years, we still bought 4.6 billion pounds of beef in grocery and big-box stores over the past year. And more of the beef we buy today is in the ground form—about 50 percent vs. 42 percent a decade ago. We like its convenience, and often its price.

The appetite persists despite solid evidence—including new test results here at Consumer Reports—that ground beef can make you seriously sick, particularly when it’s cooked at rare or medium-rare temperatures under 160° F. “Up to 28 percent of Americans eat ground beef that’s raw or undercooked,” says Hannah Gould, Ph.D., an epidemiologist at the Centers for Disease Control and Prevention (CDC).

All meat potentially contains bacteria that—if not destroyed by proper cooking—can cause food poisoning, but some meats are more risky than others. Beef, and especially ground beef, has a combination of qualities that can make it particularly problematic—and the consequences of eating tainted beef can be severe.

Indeed, food poisoning outbreaks and recalls of bacteria-tainted ground beef are all too frequent. Just before the July 4 holiday this year, 13.5 tons of ground beef and steak destined for restaurants and other food-service operations were recalled on a single day because of possible contamination with a dangerous bacteria known as E. coli O157:H7. That particular bacterial strain can release a toxin that damages the lining of the intestine, often leading to abdominal cramps, bloody diarrhea, vomiting, and in some cases, life-threatening kidney damage. Though the contaminated meat was discovered by the meat-packing company’s inspectors before any cases of food poisoning were reported, we haven’t always been so lucky.

Between 2003 and 2012, there were almost 80 outbreaks of E. coli O157 due to tainted beef, sickening 1,144 people, putting 316 in the hospital, and killing five. Ground beef was the source of the majority of those outbreaks. And incidences of food poisoning are vastly underreported. “For every case of E. coli O157 that we hear about, we estimate that another 26 cases actually occur,” Gould says. She also reports that beef is the fourth most common cause of salmonella outbreaks—one of the most common foodborne illnesses in the U.S.—and for each reported illness caused by that bacteria, an estimated 29 other people are infected.

The Risks of Going Rare
It’s not surprising to find bacteria on favorite foods such as chicken, turkey, and pork. But we usually choose to consume those meats well-cooked, which makes them safer to eat. Americans, however, often prefer their beef on the rare side. Undercooking steaks may increase your risk of food poisoning, but ground beef is more problematic. Bacteria can get on the meat during slaughter or processing. In whole cuts such as steak or roasts, the bacteria tend to stay on the surface, so when you cook them, the outside is likely to get hot enough to kill any bugs. But when beef is ground up, the bacteria get mixed throughout, contaminating all of the meat—including what’s in the middle of your hamburger. (Find out what happened when our Consumerist colleagues tried four ways to cook a burger that’s safe to eat but doesn’t taste like leather.)

Also contributing to ground beef’s bacteria level: The meat and fat trimmings often come from multiple animals, so meat from a single contaminated cow can end up in many packages of ground beef. Ground beef (like other ground meats) can also go through several grinding steps at processing plants and in stores, providing more opportunities for cross-contamination to occur. And then there’s the way home cooks handle raw ground beef: kneading it with bare hands to form burger patties or a meatloaf. Unless you’re scrupulous about washing your hands thoroughly afterward, bacteria can remain and contaminate everything you touch—from the surfaces in your kitchen to other foods you are preparing. (Find out how to safely handle ground beef from store to table.)

“There’s no way to tell by looking at a package of meat or smelling it whether it has harmful bacteria or not,” says Urvashi Rangan, Ph.D., executive director of the Center for Food Safety and Sustainability at Consumer Reports. (Download a PDF of the center’s full report on beef.) “You have to be on guard every time.” That means keeping any raw meat on your countertop from touching other foods nearby and cooking ground beef to at least medium, which is 160° F. Eating a burger that’s rarer can be risky. In one 2014 E. coli outbreak, five of the 12 people who got sick had eaten a burger at one of the locations of an Ohio pub chain called Bar 145°, which was named for the temperature “of a perfectly cooked medium-rare burger,” according to the company’s website.

Feedlot meat is not as healthy & wholesome as free-range meat. Feedlot beef and pork is more likely to be contaminated. Animals are crowded together on what amount to sewers –  filled with feces and urine – and are fed unhealthy diets which include additives like hormones and antibiotics. 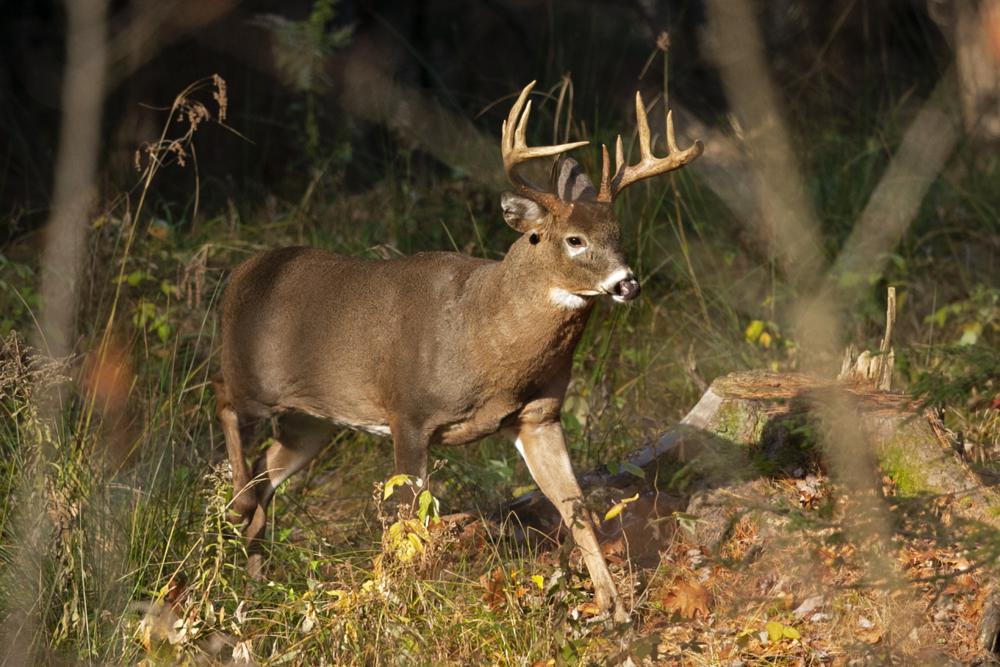