How Feral Hogs Hurt The Environment 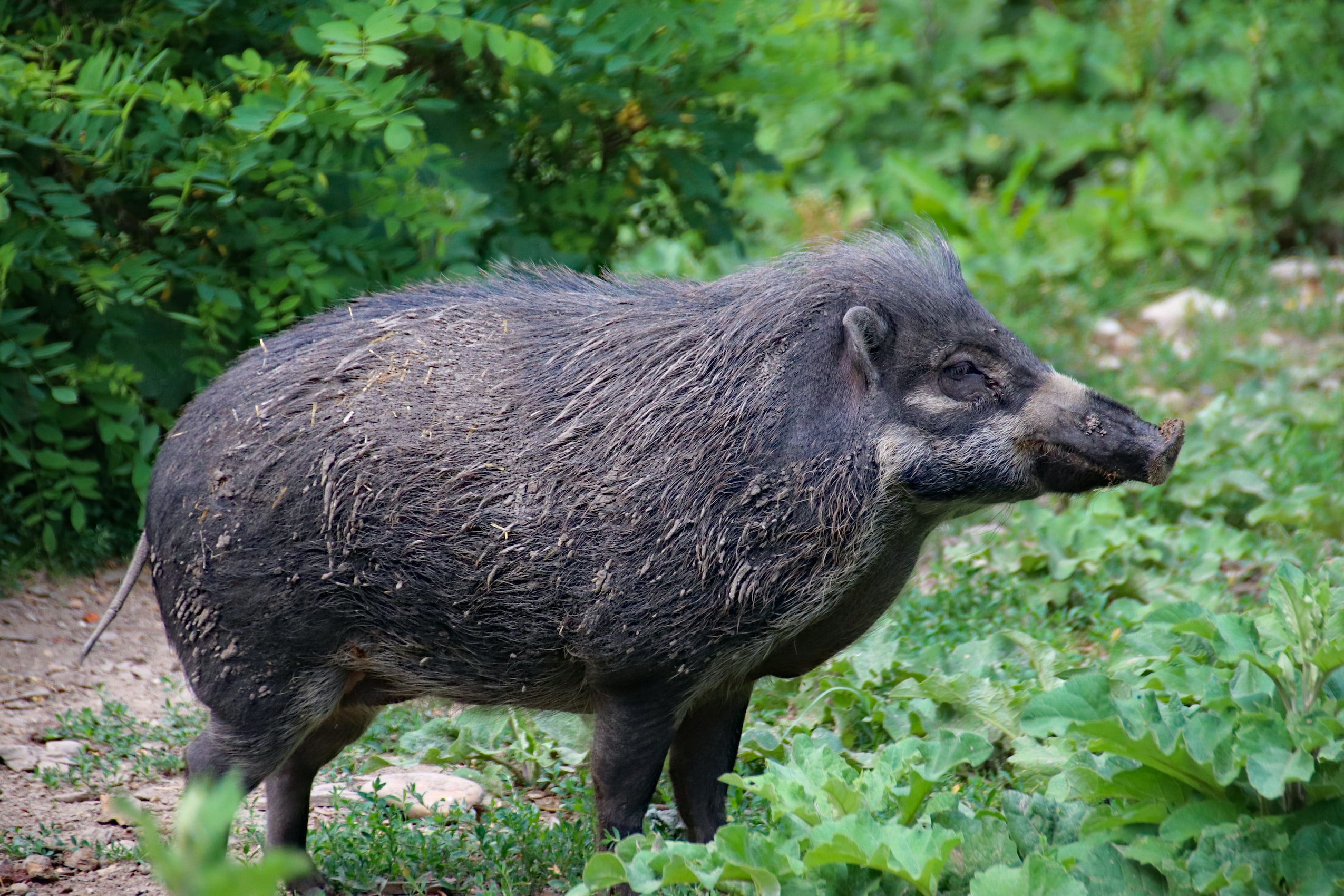 Quoting from the article below, “But the scientific consensus today is that in North America, feral pigs are a growing threat to both ecosystems and the economy.”

The author continues, “Interestingly, in their native range in Europe and Asia, pigs do not cause as much ecological damage. In fact, some studies indicate that they may modify habitat in important ways for species that have evolved with them, such as frogs and salamanders.”

The author doesn’t mention, possibly because he doesn’t know, that it is legal to sell these animals commercially for domestic consumption in Europe, whereas in the United States it is illegal.

Wild Texas pork is a prized and costly delicacy in Europe where it is legal for public consumption in Europe. Despite its stronger food purity laws, there is no European health issue with either European or Texas feral pork. As a result of Europe’s feral pork consumption, there has been no population explosion of wild pigs in Europe.

There is enough free-ranging Texas pork to feed much of the country, and these animals when properly managed could improve Texas’ environment just as they improve Europe’s. Free-range pork carries less disease than pork produced in our filthy, environmentally disastrous and inhumane meat factories. Treating these free-ranging domestic animals as vermin is just another of the confounding perversities of our institutionalized wildlife “management” and food “safety” regulations, which favor the big companies at the expense of the public, farmers and ranchers, wildlife and habitat.

NOTE: this article was originally published to HoustonChronicle.com on August 27, 2019. It was written by Marcus Lashley.

They go by many names – pigs, hogs, swine, razorbacks – but whatever you call them, feral pigs (Sus scrofa) are one of the most damaging invasive species in North America. They cause millions of dollars in crop damage yearly and harbor dozens of pathogens that threaten humans and pets, as well as meat production systems.

As a wildlife ecologist, I am interested in how feral pigs alter their surroundings and affect other wild species. In a recent study, members of the lab I directed through mid-2019 at Mississippi State University showed that wild pigs are a serious threat to biodiversity.

Using trail camera surveys to monitor 36 forest patches between 10 and 10,000 acres in size, we determined that forest patches with feral pigs had 26% less-diverse mammal and bird communities than similar forest patches without them. In other words, many wildlife species seem to be excluded from areas where pigs are present.

This finding is concerning because feral pig populations, which have been present in North America for centuries have rapidly expanded over the past several decades. Recent studies estimate that since the 1980s the pig population in the United States has nearly tripled and expanded from 18 to 35 states. They also are spreading rapidly across Canada.

Much concern over the spread of feral pigs has focused on economic damage, which was estimated in the early 2000s at about $1.5 billion annually in the United States. Since then, feral pig populations in the U.S. have grown by about 30% and the area they occupy has expanded by about 40%, so their economic impact likely has increased.

Feral pigs have a unique collection of traits that make them problematic to humans. When we told one private landowner about the results from our study, he responded: “That makes sense. Pigs eat all the stuff the other wildlife do – they just eat it first, and then they go ahead and eat the wildlife too. They pretty much eat anything with a calorie in it.”

More scientifically, feral pigs are extreme generalist foragers, which means they can survive on many different foods. A global review of their dietary habits found that plants represent 90% of their diet – primarily agricultural crops, plus fruits, seeds, leaves, stems and roots of wild plants.

Feral pigs also eat most small animals, along with fungi and invertebrates such as insect larvae, clams and mussels, particularly in places where pigs are not native. For example, one recent study reported that feral pigs were digging up eggs laid by endangered loggerhead sea turtles on an island off the coast of South Carolina, reducing the turtles’ nesting success to zero in some years.

And these pigs do “just eat it first.” They compete for resources that other wildlife need, which can have negative effects on other species.

However, they likely do their most severe damage through predation. Feral pigs kill and eat rodents, deer, birds, snakes, frogs, lizards and salamanders. This probably best explains why the decrease in diversity we observed was similar to other studies of invasive predators. And our findings are consistent with a global analysis showing that invasive mammalian predators – especially generalist foragers like feral pigs – that have no natural predators themselves cause by far the most extinctions.

Many questions about wild pigs’ ecological impacts have yet to be answered. For example, they may harm other wild species through indirect competition, rather than eating them or depleting their food supply.

In one well-known case, feral pigs indirectly caused the near extinction of indigenous foxes on California’s Channel Islands. The pigs were released on the islands over 150 years ago, but did not apparently affect fox populations for over a century. That changed when golden eagles began breeding on the islands in the mid-1990s, after hunting and exposure to the insecticide DDT eliminated bald eagles, which were golden eagles’ natural enemy.

Unlike bald eagles, which eat mainly fish, golden eagles hunt on land. Wild pigs served as easy prey for them allowing the eagles to become established. The eagles also ate island foxes, and nearly eradicated them as a result.

Ultimately the foxes were restored through an elaborate initiative. First, wildlife managers removed pigs from the islands. Then they restored bald eagles to ward off the golden eagles. Finally, managers reintroduced foxes that had been raised through captive breeding.

Another major concern is feral pigs’ potential to spread disease. They carry numerous pathogens, including brucellosis and tuberculosis. However, little ecological research has been done on this issue, and scientists have not yet demonstrated that increasing abundance of feral pigs reduces the abundance of native wildlife via disease transmission.

Interestingly, in their native range in Europe and Asia, pigs do not cause as much ecological damage. In fact, some studies indicate that they may modify habitat in important ways for species that have evolved with them, such as frogs and salamanders.

So far, however, there is virtually no scientific evidence that feral pigs provide any benefits in North America. One review of feral pig impacts discussed the potential for private landowners plagued with pigs to generate revenue from selling pig meat or opportunities to hunt them. And it’s possible that wild pigs could serve as an alternative food source for imperiled large predators, or that their wallowing and foraging behavior in some cases could mimic that of locally eradicated or extinct species.

But the scientific consensus today is that in North America, feral pigs are a growing threat to both ecosystems and the economy.

Marcus Lashley is an assistant professor of wildlife ecology at Mississippi State University This article is republished from The Conversation under a Creative Commons license. Read the original article.