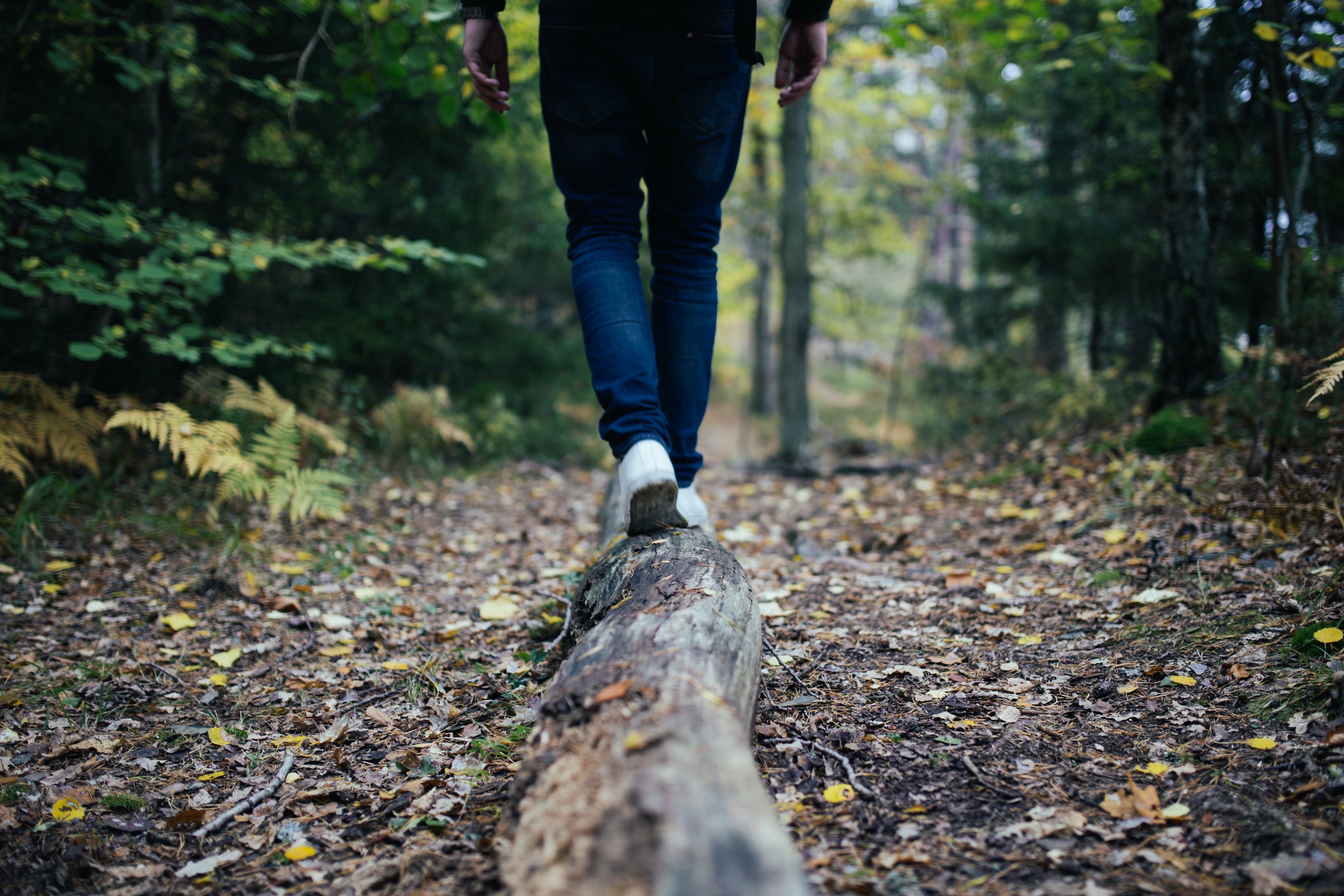 “This article from the Property and Environment Research Center (PERC), a free market environmental think tank based in Bozeman, discusses the common sense idea of turning federal-lands fire mitigation decisions over to states.

NOTE: this article was originally published to PERC.org on June 23, 2022. It was written by Hannah Downey. This special issue of PERC Reports explores the thorny issues of forest management, wildfire mitigation, and regulatory reform. Read the full issue.

Through Good Neighbor Authority, federal agencies are working with states and other western partners to mitigate wildfire risk.

“What’s that?” my 10-year-old brother asked, pointing to a mushroom-shaped cloud billowing up from the mountains against the otherwise clear sky. More than a decade ago, my family and I were on our annual backpacking trip in Montana’s Beartooth Mountains, happily heading down to our campsite after a spectacular July day spent fishing in alpine lakes. My dad scrambled up to an overlook and quickly confirmed what we’d all been dreading—he could see flames from a forest fire, and it was quickly moving up the trail toward us.

We hurried back to our campsite, where other hikers had begun to gather, speculating about what to do. The West Fork of the Rock Creek is a spectacular mountain canyon framed by steep, rocky walls with only three routes out. As a family of five with all of our backpacking gear in tow, we weren’t exceptionally nimble or quick moving. Factor in that this was before satellite beacons or reliable cell coverage in the woods were widely available, so no one was able to communicate with the outside world.

Then it happened: A helicopter flew in and landed next to us. “We’re saved!” my siblings and I jumped around yelling. Fire management personnel in the helicopter were able to provide valuable information about the wildfire, but with limited occupancy, they could only fly out those without enough gear to make it through the night or unable to hike the strenuous alternate routes out.

Equipped with all of our gear, we began an arduous off-trail hike out. Along the way we grew crabby, developed massive blisters, and suffered a sprained ankle, but the next day we finally reached the safety of a trailhead.

The author (center) with her siblings while hikers are evacuated.

The Cascade Fire of 2008 burned 10,173 acres—small compared to many of the fires that together routinely torch millions of acres each summer these days. The Beartooth Ranger District credits fuel-reduction treatments around structures in the West Fork with saving many homes during the Cascade Fire. The fire subsided substantially and even failed to burn in tree stands that had been treated for hazardous fuels. Where we were backpacking, however, was in the wilderness, and no fuel treatments had been applied.

With catastrophic wildfires becoming increasingly common, western states are stepping up to help fix America’s forests. One creative tool that is contributing to the cause is Good Neighbor Authority, a framework that empowers states and other entities to take the lead on mitigating wildfire risk on federal lands. With greater recognition that forest management is needed at landscape scale across various government jurisdictions, federal land agencies are committing to work with states and western partners to accomplish much-needed forest restoration.

It Takes a Neighborhood

Nearly half of all lands in the West are owned by the federal government, most of them managed by the Bureau of Land Management or the U.S. Forest Service. States have a significant stake in managing the risk of wildfires on federal lands, which can spread to destroy homes and infrastructure, release air pollution that harms human health, and disrupt recreation opportunities and local economies. States are, therefore, willing to step up and help treat federal forests within their boundaries so that they can reduce wildfire risk and enjoy the benefits of healthy forests. In the early 2000s, Congress began developing Good Neighbor Authority as a mechanism to allow states to do just that.

Congress first authorized a Good Neighbor Authority pilot in 2001, permitting the Colorado State Forest Service to partner with the U.S. Forest Service to conduct work on federal land for five years. The agreement was eventually expanded to include BLM lands and areas in the state of Utah. And in 2014 the program was expanded nationally. Since 2018, counties and tribes have also been allowed to enter into Good Neighbor agreements. But those entities have so far used the program only a handful of times in the West, partly because they are prohibited from retaining timber revenues, which decreases their incentive to participate in the program.

As former Idaho Governor C.L. “Butch” Otter has put it: “Before Good Neighbor Authority, Idaho could not legally help the Forest Service with the enormous and complex job of restoring our national forests.”

Agreements made under Good Neighbor Authority allow state, tribal, and county partners to carry out forest restoration projects on federal lands. Partners’ roles can include planning and preparation as well as the restoration work itself. In return for their efforts, state partners can receive a share of revenues that result from selling materials harvested or compensation directly from the federal government.

It’s an approach that has expanded the resources available to accomplish needed forest treatments on federal lands, and it’s expanding the pace and scale of forest work in the West. As former Idaho Governor C.L. “Butch” Otter has put it: “Before Good Neighbor Authority, Idaho could not legally help the Forest Service with the enormous and complex job of restoring our national forests.” Fortunately, that’s no longer the case.

Meet Me at the Forest Treatment

Under Good Neighbor Authority, states can enter 10-year agreements with either the Forest Service or BLM to conduct specific restoration projects on federal forest lands. These agreements can take several forms, but all of them provide a legal framework that identifies the specific projects that will be completed by the state. From there, the state can take the lead—including contracting with third parties to carry out particular treatments or even conducting environmental reviews.

Good Neighbor Authority is largely aimed at expanding capacity for treating federal forests, and state-run timber sales are an important component of these agreements. Part of the motivation for states to join Good Neighbor agreements is that they can keep the revenues from these timber sales, offsetting the costs of the work and, sometimes, even funding additional forest restoration work.

While the goal for states is to build self-sufficient programs from timber revenues, profitable harvest simply isn’t possible everywhere given that many federal forests are overgrown with small-diameter vegetation that’s generally not valuable. In these cases, the relevant federal agency compensates the state for its costs of labor and supplies.

Good Neighbor Authority projects, such as the one pictured here in eastern California, are filed by collaboration. © Paul Wade/USDA

States across the West have proven themselves capable forest management partners, and many consider Good Neighbor Authority to be an important—and at times, crucial—tool for accomplishing their forest action plans. The Forest Service, for example, recognizes that expanding Good Neighbor Authority agreements will be crucial to meeting its 10-year wildfire crisis strategy.

Much has been achieved since Good Neighbor Authority was expanded nationally less than a decade ago. Twelve western states have signed Good Neighbor agreements with federal agencies, and seven states have agreements in place on every forest within their boundaries. Alaska, Colorado, Idaho, Montana, Oregon, Washington, and Wyoming have generated or expect to soon generate enough revenue from timber sales to fund subsequent restoration activities.

The Montana Department of Natural Resources and Conservation, for example, signed a 10-year Good Neighbor Authority agreement with Forest Service Region 1 in 2016 and has put the tool to good use. Forest projects conducted by the state under the program began in 2018 with hazardous tree removal in the Helena-Lewis and Clark National Forest. With 85 percent of forested acres in Montana at risk of severe wildfire, Montana State Forester Sonya Germann has described Good Neighbor Authority as “another way to get all hands on deck to get these issues addressed.” Today, nearly 20,000 acres of forest land across all seven national forests within Montana’s boundaries have either been treated with selective thinning, prescribed burns, and other management tools or are under contract for treatment. Twenty-six timber sales have also been completed or are under contract, generating nearly $11.7 million in revenue for the state.

Nationwide, the volume of timber sold from all Good Neighbor Authority projects doubled from 2018 to 2019, when it comprised more than 5 percent of all federal timber sold. In 2020, timber sales from the program represented 11 percent of the volume sold in Region 1.

While Good Neighbor Authority has become a successful tool for empowering state partners in forest management, reforms could make it even more inclusive and effective for landscape-scale wildfire risk reduction. Giving counties and tribes the legal authority to keep timber revenues, for instance, would not only treat those partners as “full” neighbors but also make it easier to harness their expertise in conducting forest treatments.

Restrictions also specify that program funding can only be spent on the federal lands within a Good Neighbor project boundary, even if state or other lands are interspersed in the project area. Letting revenues from Good Neighbor Agreements be spent across the landscape, including state and private lands, would help improve the effectiveness of forest restoration treatments at a wider scale.

Two summers ago, I stared out my window in Bozeman, Montana, and watched a fire ravage the Bridger Mountains. As heroic firefighters worked around the clock, smoke filled the air, entire hillsides were scorched, and friends lost their homes. A decade after my first wildfire experience, with the Cascade Fire, the threat of wildfire continues to grow.

Good Neighbor Authority is one tool that is bringing more resources to manage western forests and reduce the risks of severe wildfire. States are proving themselves capable partners. Leveraging their capacity and expertise even more, while also bringing in tribes and counties as equal partners, will only improve the chances that our public forest managers can fix America’s forests.