Gulf Oysters Are Dying, Putting a Southern Tradition at Risk 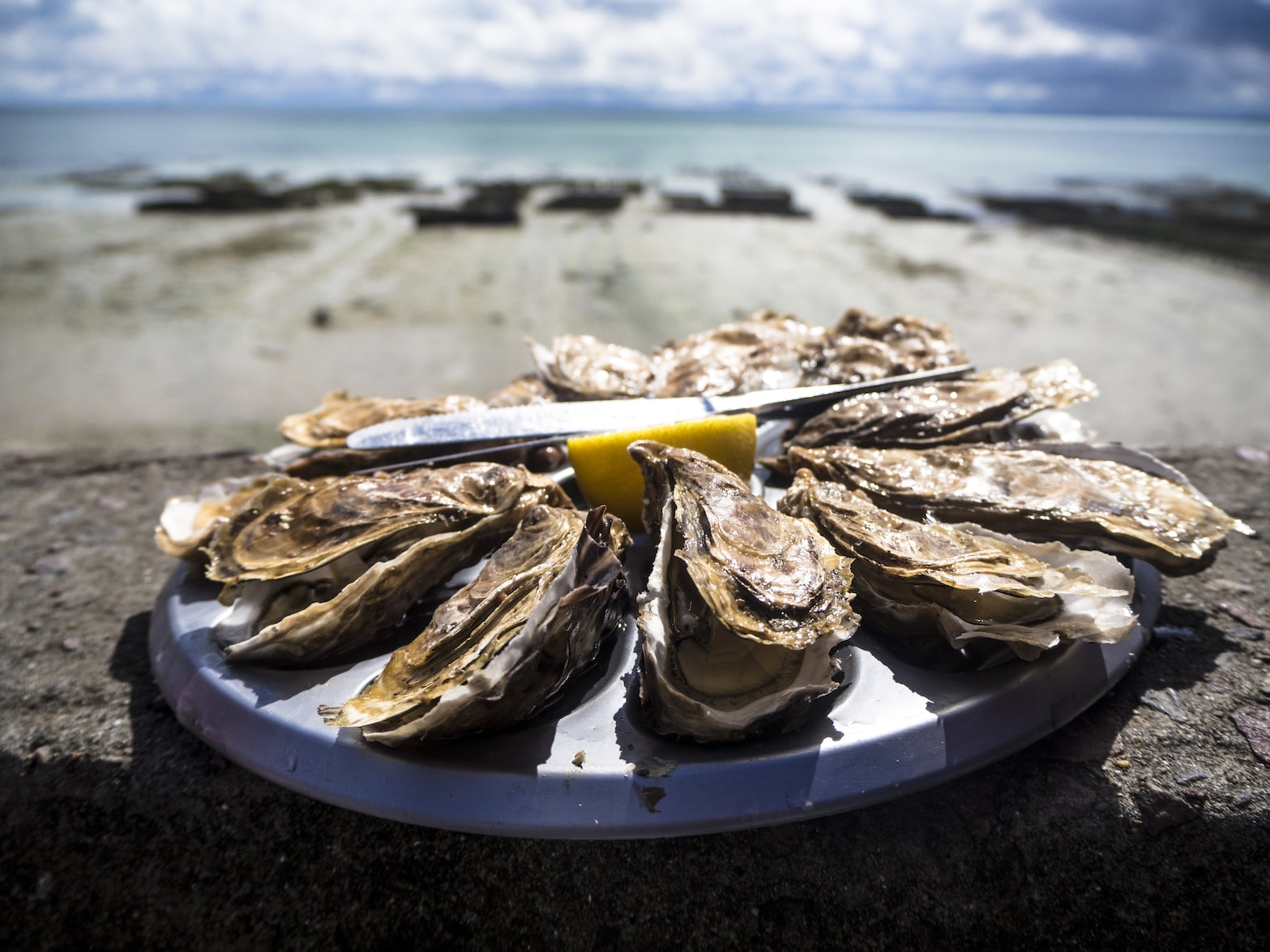 Once so common they were considered food for poor people, oysters are increasingly a rare and costly delicacy. Oyster decline reflects the damage agricultural practices are doing to fisheries.

NOTE: this article was originally published to NYTimes.com on · November 12, 2019. It was written by Brett Anderson.

Cheap and plentiful, they’ve long been a menu staple in New Orleans and beyond. But recent months have brought a crisis that worries fishermen and chefs.

NEW ORLEANS — For decades, customers who visited the P & J Oyster Company’s headquarters in the French Quarter on the day before Thanksgiving were greeted by a sampling of what the holiday would bring: baked oysters, oyster dressing, oyster soup, oysters Rockefeller.

“There are so many things you can make with our oysters,” said Al Sunseri, who runs the company, an oyster distributor and processor, with his brother Sal, and son, Blake. “I don’t see that tradition coming back.”

The Thanksgiving buffet stopped appearing in 2010, when the Deepwater Horizon oil spill disrupted oyster harvests all along the Gulf Coast, and particularly in Louisiana, normally the nation’s largest oyster-producing state.

The business, and the distinctive cooking and dining traditions it supports, had already been battered by Hurricane Katrina five years earlier. And now it is enduring an even bigger setback: This spring and summer, the Mississippi River, swollen by Midwestern rain and snow, inundated coastal marshes, lakes and bays with freshwater, killing oysters by the millions. That has led to shortages and soaring prices.

The future isn’t looking much better, given the continuing impact of oil extraction, flood-protection measures and the climate change that many scientists believe will increase precipitation in the long term.

For the people who harvest, sell, shuck and serve the bivalves, that’s a worrisome prospect: Oysters, traditionally cheap and plentiful, are more central to the restaurant and cooking culture of the Gulf Coast than to that of any other region.

“Oysters are part of who we are,” said Mr. Sunseri, whose ancestors founded P & J in 1876. His family is hoping to rent part of its production house here to a restaurant in an effort to stay afloat. If not for his good health and lack of debt, Mr. Sunseri said, “We’d be closed.”

In September, the United States Department of Commerce determined that Louisiana, Alabama and Mississippi were suffering “a catastrophic regional fishery disaster,” making businesses in those states eligible for federal assistance.

Louisiana normally accounts for a third of the nation’s annual oyster harvest. The current season isn’t over, but losses reported so far are so severe “that we’re likely to not remain the largest oyster producer in the United States,” said Patrick Banks, an assistant secretary in the Louisiana Department of Wildlife and Fisheries.

Since oysters take two to three years to reach market size, restaurant and seafood industry leaders are bracing for lower yields. If the higher prices persist, Gulf oysters could cease being a delicacy that crosses class lines.

“Oysters are just becoming unaffordable,” said Tommy Cvitanovich, the owner of Drago’s, a traditional New Orleans seafood restaurant with locations in southern Louisiana and Mississippi. “People need to start thinking about another dressing for their turkeys.”

The scarcity is difficult to miss in New Orleans, the nexus of food culture on the Gulf Coast. In October, when oyster production typically rises to meet high demand, Drago’s and Acme Oyster House, another landmark restaurant with several locations, stopped serving raw oysters — a startling turn in a city where oyster bars often attract lines that snake onto the sidewalk.

“When something is so abundant in your environment, and it tastes so darn good that it becomes a part of your everyday diet, and all of a sudden it’s gone or priced really high — people are in shock,” said Steve Pettus, a managing partner of the restaurant group Dickie Brennan & Company.

Bourbon House, one of Mr. Pettus’s restaurants, recently added a note to its menu about the shortages, along with market pricing for oysters, a rarity in a region where inexpensive oysters are a profitable draw for many restaurants.

“In peak season, we go through 30,000 pounds of half-shell oysters in a week,” said Rob Heffner, a vice president of Gulf Coast Restaurant Group, the Mississippi company that operates 11 Half Shell Oyster House locations and another oyster-focused restaurant, the Southern Pearl, on the Gulf Coast.

A dozen raw oysters still go for around $16 at the Half Shells, Mr. Heffner said, even though they cost his company 32 percent more than last year — and over three times as much as they did a decade ago, when the company was founded.

He and some others are reluctant to raise prices any higher. “People here are used to 25-cent oysters,” Mr. Heffner said.

November has brought some relief: Gulf oysters from areas unaffected — or less severely impacted — by the freshwater intrusions. An influx of Texas oysters allowed Acme to resume its raw-bar service last week, but Paul Rotner, the restaurant’s chief executive, said, “We’re not sure how long that’s going to last.”

Lower-volume restaurants and those that rely on oysters for only a few dishes have yet to alter menus. “Our biggest problem is people don’t believe we have oysters — and we do,” said C.J. Gerdes, an owner of Casamento’s, a 60-seat oyster house in Uptown New Orleans.

Joanne Domilise, an owner of Domilise’s, an Uptown po’ boy joint, said the restaurant won’t serve oysters unless the Louisiana ones are available. “Sometimes we get them, sometimes we don’t,” she said.

Heavy rain and snow in the Midwest caused the Army Corps of Engineers to open the Bonnet Carré Spillway, about 33 miles northwest of New Orleans, for a record 118 days last winter and spring. The spillway protects communities near the Mississippi’s mouth from flooding by releasing water from the river and reducing pressure on the flood-control system.

But it also reduces the salinity of surrounding waters, endangering oysters, which can tolerate brackish water but can die if the salt content is too low.

The river was so high that even areas unaffected by the openings were flushed with freshwater.

“The river would not go away,” said Mitch Jurisich, a third-generation oyster farmer in Plaquemines Parish, downriver from New Orleans.

Mr. Jurisich, 56, was steering his 26-foot skiff on Adams Bay, between the west bank of the Mississippi and the Gulf, where his family owns the leases on oyster beds. Mr. Jurisich estimates that he lost 90 percent of his oysters on some leases, 30 percent elsewhere. He knew early on this year that the oysters were in danger, because he couldn’t taste any salt in the water.

“Every day, you could drink it,” he said. “No salt in the water. That’s when you have issues.” (The oysters are also threatened by river diversions, meant to rebuild the eroding coastline, that dump sediment in coastal waters.)

The Eastern oyster found in the Gulf of Mexico is the same species, Crassostrea virginica, found on the Atlantic coast. But oysters grow larger and fleshier in the Gulf’s warmer waters, making them well-suited to cooking. The thick paste of greens, herbs and butter on oysters Rockefeller, invented at Antoine’s restaurant in 1899, would overwhelm a delicate Malpeque or Olympia oyster.

The depleted harvest isn’t nearly as noticeable in other parts of the country, where Gulf oysters are less available and less likely to show up on menus. Diners accustomed to East and West Coast oysters often find Gulf oysters unwieldy and bland.

Shortages have forced some Gulf Coast raw bars to replace local oysters with ones from other regions, but many are reluctant to do so, for reasons of economics, taste and regional pride.

“I have nothing against those other oysters,” Mr. Pettus said, “but they’re not ours.”

Start-up companies like Murder Point Oysters, in Alabama, have introduced a new kind of Gulf oyster. Raised in submerged cages, the farmed oysters, often referred to as off-bottom oysters because they’re not raised on reefs at the water bottom, are similar in size, saltiness and price to varieties from other regions.

This new class of premium Gulf oyster has been embraced particularly by newer restaurants, in the South and elsewhere, including Pêche Seafood Grill in New Orleans, Henrietta Red in Nashville and Fisher’s in Orange Beach, Ala.

But off-bottom oysters account for a small fraction of the Gulf’s oyster production, even this year. Most are still harvested the way oysters are on Mr. Jurisich’s leases: by fishers using chain-pulley dredges, tongs or their bare hands to pull oysters from shallow waters.

Oysters cultivated in this traditional way are the mainstay of older Gulf Coast raw bars. At established New Orleans restaurants like Acme, Casamento’s and Pascal’s Manale, the oyster-eating ritual is intimate. A shucker slides each oyster over the bar as it’s opened, fostering a rapport with the diner.

Shuckers develop names for themselves with performances that combine agility and often salty wit — what Thomas Stewart, a Manale’s shucker known as Uptown T, describes as “entertaining myself at others’ expense.”

This year, Mr. Stewart and other shuckers are spending more time in the kitchen, as restaurant managers redeploy employees idled by the oyster shortage.

As he shucked oysters on a recent evening, Mr. Stewart explained to a handful of tourists the reasons the restaurant had to occasionally shut its raw bar down early. “I sound like a marine biologist, don’t I?” he said.