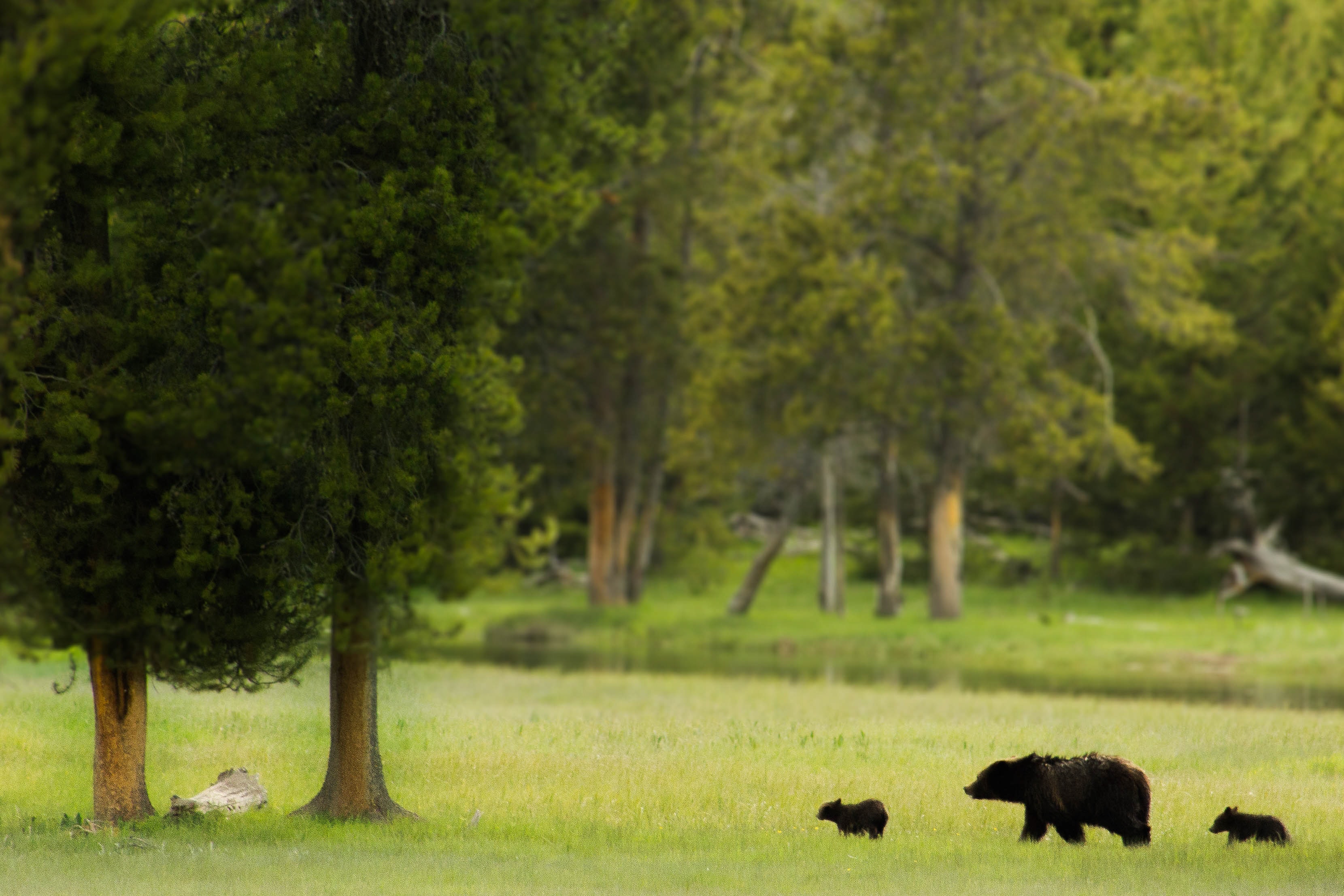 Predators can also alter the behavior of other predators. For instance, wolves change how bears behave, and the other way around.

These different effects on animal behavior are probably as important to wildlife and habitat health as controlling animal populations, although both are essential.

Human hunters also change bear and wolf behavior because both species—when hunted—fear humans. This learned fear is why limited hunting of these species reduces bear/wolf-human conflict and counterintuitively protects predators.

Human hunting and human impact have always shaped the systems into what we today think of as “natural.” Removing humans from them is the most unnatural of all the wildlife “management” perversions.

NOTE: this article was originally published to Newsweek.com on February 21, 2022. It was written by Orlando Jenkinson.

The behavior of wolves towards their kills in Yellowstone National Park changes when bears are around, a new study has shown.

The research was published in the journal Ecological Monographs, and compared wolf behavior in the presence of brown bears in both Yellowstone and in Scandinavia.

Researchers found that when brown bears, also known as grizzly bears, attend the scene of wolf kills, they caused varying behavior in the animals and triggered their natural competitive mechanisms.

The research illuminated how top predators like wolves and bears don’t ignore the presence of other apex hunters when around their kills but in fact are directly influenced by each other.

In Yellowstone, bears tend to be antagonistic towards wolves and frequently target fresh wolf kills for food. The study showed that wolves act differently when the bears show up, depending on the time of year and how big the kill happened to be.

For example Yellowstone wolves tended to stay longer at the scene of carcasses when bears were around according to the study. In other words, the wolves seemed to defend their hard-won food by guarding it against the threat of poaching bears. The time wolves spent in between kills—the kill interval—also increased in Yellowstone during the summer months, the study said.

The size of the animal Yellowstone wolves were feeding on also impacted how long they would stay there in the presence of bears. Wolves stayed at smaller animal carcasses (less than 110 pounds) for longer with bears nearby, but hung around for a shorter amount of time with larger carcasses that weighed over 440 pounds.

“Relatively little had been known about how bears affected the foraging dynamics of wolves,” study author Matthew Metz from the University of Montana told the university’s news website. “Our work starts to fill in the gap by demonstrating that the dynamics do differ and provides another reminder of how changes in ecosystem complexity—in this case the presence of bears—affects the behavior of other species,” he said.

Wolves were reintroduced to Yellowstone in 1995 in a rewilding program now widely heralded as a success story for the ecology of the park.

The animals caused “trophic cascades” or domino effects in the ecosystems of the park since they were returned, improving biodiversity across Yellowstone. Their presence also helps bears directly by providing an easy meal at the scene of their kills.

The study also showed how behavior between these two apex predators varies greatly depending on the season. While wolves have to deal more frequently with bears throughout the summer in Yellowstone, for example, they have more freedom during winter when bears are generally hibernating and wolf packs are more cohesive