According to the experts quoted below, lack of selective logging and prescribed burning are primary reasons for the increasing severity of wildfires, and declining forest health.

NOTE: this article was originally published to NYTimes.com on September 13, 2021. It was written by Karen Weintraub.

Lake Tahoe, Sequoias survived wildfires thanks to forest thinning, but much more is needed, researchers say.

“When it hit this thinning, the flames dropped down to 15 feet,” said Milan Yeates, a forestry supervisor for the California Tahoe Conservancy, a state agency.

Similar thinning protected a grove of giant trees in Sequoia National Park, including the General Sherman, the largest tree in the world by mass, when the KNP Complex of wildfires threatened it earlier this month.

Firefighters and land-management agencies across the American West have recognized for decades that one of the most effective tools to reduce wildfire risk is to thin forests, whether by removing dead trees and brush in accessible areas or reducing the most flammable elements with controlled burns in remote ones. Between 1999 and 2019, the use of intentionally set fires by state and federal agencies tripled to six million acres a year, according to the National Interagency Fire Center.

But that isn’t enough to keep up with the rising wildfire risk caused by drought, climate change and homes built too close to wild lands, according to researchers. 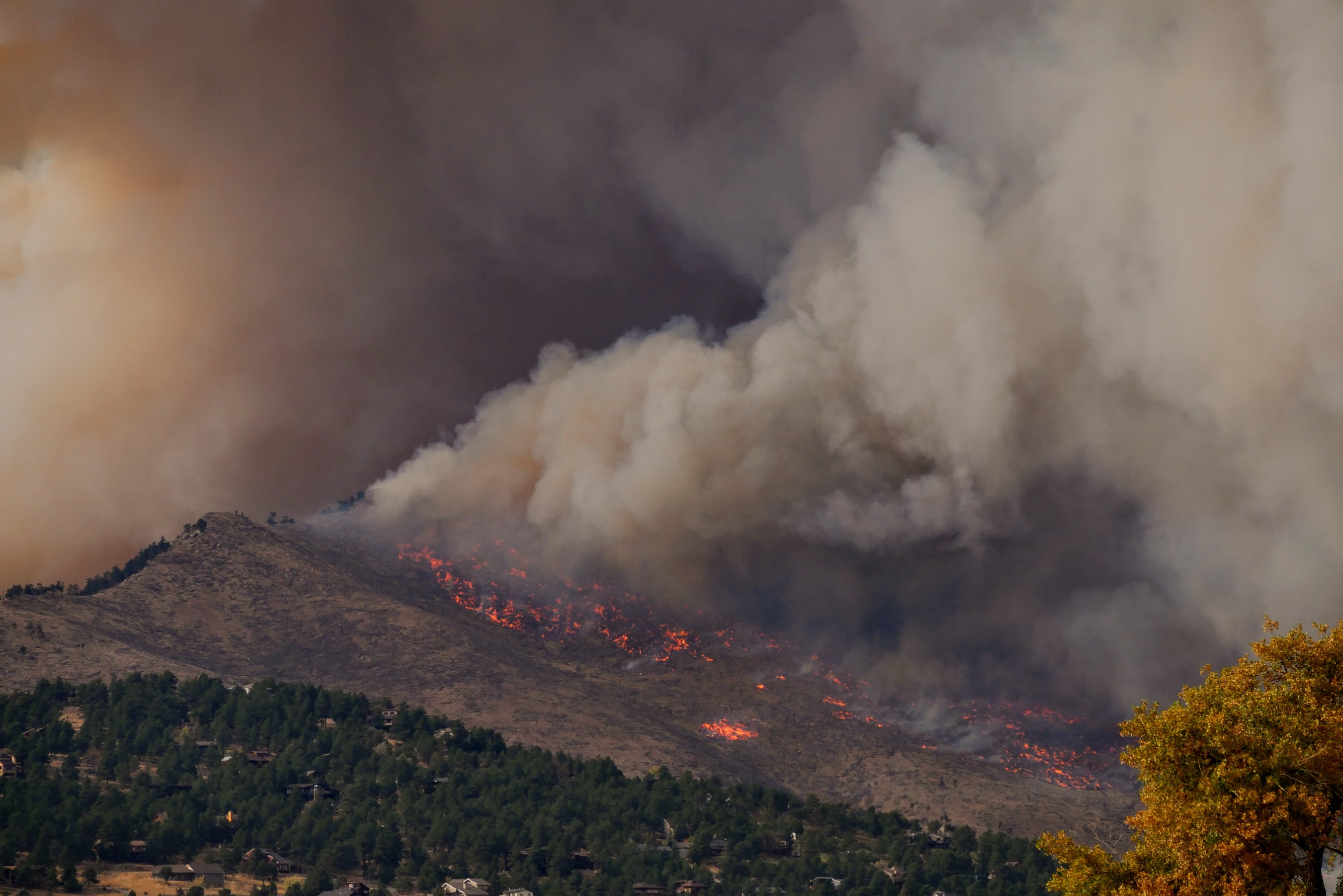 “We need two to five times more fire and thinning,” said Mark Finney, a research forester for the U.S. Forest Service based in Missoula, Mont. “This needs to be a consistent, long-term program.”

One factor hindering forest-thinning is the wildfires themselves, which have grown in both size and intensity in recent years, leaving firefighters with less timefor prevention. Over the past two decades, the amount of land scorched by wildfires annually in the U.S. has more than doubled to about seven million acres, from three million over the prior 20 years, according to the National Interagency Fire Center. To help focus its resources, the U.S. Forest Service in August said it would primarily focus on fighting fires that threaten communities and infrastructure and suspend some of its thinning work in high-risk areas.

“Resources are all being drawn into the firefight,” said Ken Pimlott, retired director of the California Department of Forestry and Fire Protection, or Cal Fire. “And then during the offseason, folks are just burned out.”

Other obstacles to thinning include regulatory delays caused by the Covid-19 pandemic and a lengthening fire season, which is shortening the period during which prescribed burns can be done safely. Around Lake Tahoe, piles of thinned wood remain scattered around the forest awaiting disposal by burning that has been delayed by dry conditions the past two winters, said Gwen Sanchez, acting supervisor for the Forest Service’s Lake Tahoe Basin Management Unit.

Prescribed fire was widely used in the Western forests by Native Americans, in part to keep insects out of acorns they ate, said Susie Kocher, forestry and natural resources adviser for the University of California Cooperative Extension.

For most of the 20th century, though, the policy of land authorities in the West was put out wildfires as quickly as possible—which made forests increasingly flammable. Prescribed burns were reintroduced to Sequoia National Park in the 1960s and to other regions by the 1990s.

Increasingly ambitious forest-thinning targets have been set recently, but the government has struggled to reach them. California Gov. Gavin Newsom last year signed an agreement with the U.S. Forest Service that called for joint thinning of one million acres a year. To help achieve that, Cal Fire plans to thin 100,000 acres annually by 2025. But as of last year, it was operating with a goal of half that area, an agency spokeswoman said.

The spokeswoman, Christine McMorrow, said 2020 was such an active fire year—a record 4.3 million acres burned—that Cal Fire didn’t have time to get to some planned thinning projects, including in areas that ended up being overrun by flames. She said many thinning projects are needed on private land, which sometimes requires approval from numerous property owners.

At Lake Tahoe, thinning accelerated after the Angora Fire of 2007 scorched 3,100 acres and destroyed about 250 homes. In the following 13 years, the acres of forest in the area that had been thinned grew from about 20,000 to 87,000, or almost half the timberland in the recreation area that straddles the California-Nevada border, said Jeff Cowen, spokesman for the Tahoe Regional Planning Agency.

Martin Goldberg, an engineer for the Lake Valley Fire Protection District who fought the Caldor Fire, returned last week to a neighborhood in Meyers where his crew helped extinguish numerous spot fires from flying embers. Local resident Roger Terry ran out into his backyard to thank him.

“This could have been awful,” said Mr. Terry, who was among the thousands of evacuees who returned to unburned homes. “You did an awesome job.”