Bad News for Wildlife and Habitat: Use of Vietnam-Era Plant Poison More Than Quadruples 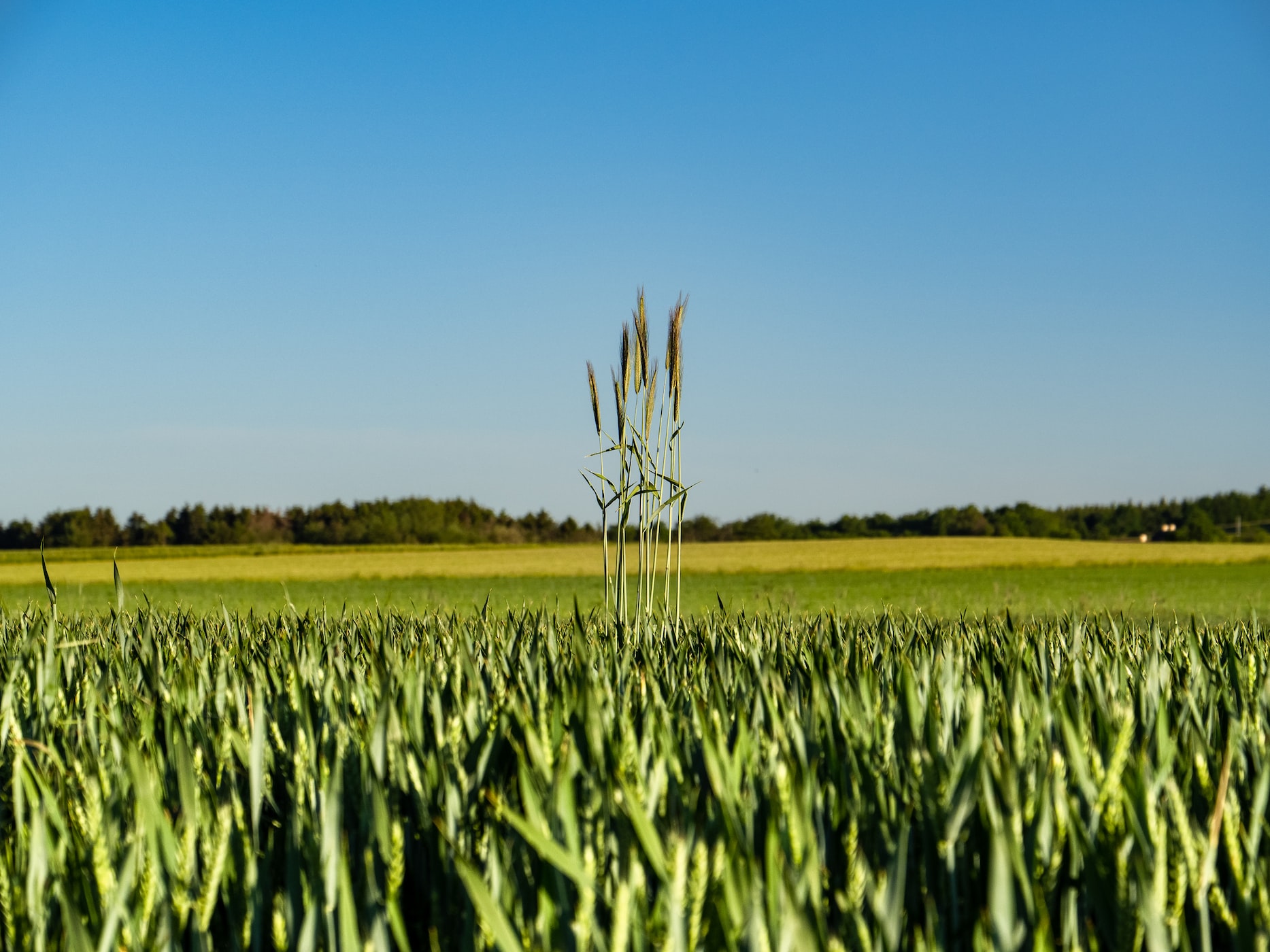 The Wall Street Journal, arguably one of the most respected newspapers in the country, has swallowed the Kool-Aid, or, in this case, the 2-4-D. If readers were to accept this piece at face value, they would come to the conclusion that it is reasonable for the agrochemical giants to push ever-stronger poisons as the solution to the unintended consequences of ill-advised agricultural practices, including past reliance on poisons.

Every year, more and more poisons are used.  Every year, soil fertility declines and unintended consequences proliferate. Every year, the agrochemical giants promise that their “new” generation of chemicals will be the silver bullet. In truth, they offer old, stronger poisons in  ‘new-and-improved’ bottles.

The business, government, university and agency cronies of the agrochemical giants, like the Wall Street Journal (wholly-owned by the world’s largest newspaper company), avert their eyes from the environmental catastrophe. A co-opted USDA, which in 2014 will receive $200 billion in taxpayer dollars, much of it to track food and environmental safety, no longer compiles data on herbicide use. Why?  It is ‘too costly.’

For Weed Control, Farmers Widen Their Arsenal of Herbicides. They Gain Edge Against Super Weeds but Add to Costs, Environmental Concerns

U.S. farmers are dousing their fields with a wider array of herbicides, helping some turn a corner in the war on super weeds but adding new costs and environmental concerns.

Farmers for a decade have fought weeds that developed resistance to the nation’s dominant weed killer, glyphosate, which is widely sold by Monsanto Co. as Roundup. Now they’re finding success deploying larger quantities of other, sometimes older herbicides.

About 42 million acres of soybeans planted in 2012 were treated with non-glyphosate herbicides, double the 2006 total and equivalent to 57% of all soybean acres, according to a U.S. Department of Agriculture report this year.

Farmers increasingly have turned to some herbicides considered harsher than glyphosate. In 2012, they used more than six million pounds of 2,4-D, nearly four times the 2005 level, according to USDA data. Use of dicamba more than doubled to 87,000 pounds over the same period.

Farmers are having to brush up on their chemistry. Travis Starnes, 36 years old, who grows corn, wheat and soybeans near Monroe, N.C., said he’s again relying on a notebook of chemical recipes his family compiled in the early 1990s, before Roundup became dominant, to plan his herbicide use.

The trend has been a boon to companies that sell herbicides, including Dow Chemical Co. , BASF SE, Bayer AG , DuPont Co. , Syngenta AG and Monsanto, which offers products other than Roundup. They are concocting and seeking regulatory approval for new formulations of old chemicals that are designed to be friendlier to the environment, and for corresponding herbicide-resistant seeds.

Thanks to the bigger arsenal, some farmers now say they are gaining ground in their war against the super weeds. In the South—where a longer growing season and warm climate have made it the battle’s front line—fewer cotton and soybean acres were lost last year to invaders such as pigweed, marestail and ryegrass, according to farmers, academics and industry officials.

“Most [farmers] feel like they are either winning or fighting to a draw,” said Bob Scott, a weed science professor at the University of Arkansas. “They’re not losing fields anymore.”

But success is costly. Some farmers’ herbicide expenses have doubled or tripled since resistant weeds set in, cutting deeper into budgets at a time when corn prices are down 38% from their 2012 peak and soybean prices are off by 16%.

Palmer amaranth, or pigweed, in Arkansas is one of a number that have become resistant to Roundup, the favorite weed killer of corn, cotton and soybean farmers. Pigweed can grow 3 inches in a day. U.S. soybean growers spent on average $25.10 per acre on crop-protecting chemicals in 2012, up 51% from 2006 after adjusting for inflation, according to the USDA. Chemicals represented about 12% of soybean farmers’ operating costs in 2012. U.S. farmers spent $13.7 billion that year on all agricultural chemicals, the most on record and nearly two-thirds higher than in 2002.

Mr. Stone estimates that he has boosted spending $15 to $20 per acre over the past five years on herbicides to control palmer amaranth, known as pigweed, which can grow 3 inches a day. Average soybean revenue in his region is $328 an acre, according to federal data.

St. Louis-based Monsanto revolutionized the pesticide business when it began selling genetically modified seeds in the mid-1990s. Some seeds were altered to withstand sprays of glyphosate, which kills plants by halting their internal protein production.

Farmers embraced Monsanto’s Roundup, which could destroy many weeds while leaving crops unscathed. Among U.S. soybean growers, glyphosate rose from 15% of herbicide use in 1996 to 89% in 2006. At that time, about two-thirds of domestic soybean fields relied solely on glyphosate to control weeds. In 2012, glyphosate dropped to 83% of herbicide use in soybeans, according to the USDA, with about 42% of U.S. soybean acres being treated solely with glyphosate.

The USDA’s data on herbicide use is no longer collected annually due to budget constraints, an agency spokeswoman said.

Monsanto sells $4.5 billion a year of pesticides—mostly Roundup, analysts say—and billions of dollars’ worth of corn and soybean seeds genetically engineered to survive them.

Scientists for decades have observed weeds capable of withstanding herbicides, but applying Roundup to the same fields every year speeded up the development of immunity in some weeds, researchers say.

Broader use of herbicides is reviving concerns over their effects. Two major Roundup alternatives, both developed decades ago, are dicamba, which kills by spurring uncontrollable growth that outpaces a weed’s nutrient supply, and 2,4-D, which disrupts plant cells that carry water and nutrients.

Environmental groups and some farm activists fear that increased use of the harsher chemicals will make more people sick and destroy more delicate crops, like grapes, that may be located nearby. Monsanto and Dow say the products are safe if used properly, and that new formulations will be less likely to affect other fields than older versions. Inhaling the products poses little health risk to humans. However, drinking some forms of 2,4-D has been found to harm kidneys and skeletal muscles in humans, while dicamba is moderately toxic to eyes and can cause diarrhea and abdominal pain if swallowed in large amounts, according to the National Pesticide Information Center.

Glyphosate, which studies have shown strongly adheres to soil and poses lower health risks for humans, is considered milder.

Monsanto is seeking federal approval for a new version of dicamba, and for soybean and cotton seeds capable of withstanding it. Dow aims to introduce a new version of 2,4-D, along with related corn and soybean seeds. The companies say the products are safe.

Meanwhile, some farmers have returned to an expensive, but proven, method of weed control: the hoe.

Hand-weeding, which can cost farmers up to $150 an acre, has again become common in some parts of the country.

Last summer, Heath Whitmore, who farms rice and soybeans near Pine Bluff, Ark., spent a week chopping down palmer amaranth plants that had survived his chemicals. “That’s what my dad and my grandfather used to do,” he said. “That’s what it’s reverted back to.”

Editor’s note, “The Rest of the Story” : 2,4-D is one of the most powerful herbicides ever developed. During the Vietnam War it was a basic component of Agent Orange, the notorious herbicide -manufactured by Monsanto – used against the Vietcong in a campaign that much of the world called a war crime because of the catastrophic effect on Vietnamese civilians exposed to these compounds. 80,000 American veterans of Vietnam receive disability payments every month because of illnesses attributable to their exposure to 2,4-D and Agent Orange. 70,000 more Vietnam veterans have claims pending.