Feds to Stock Cows in Lieu of Sheep 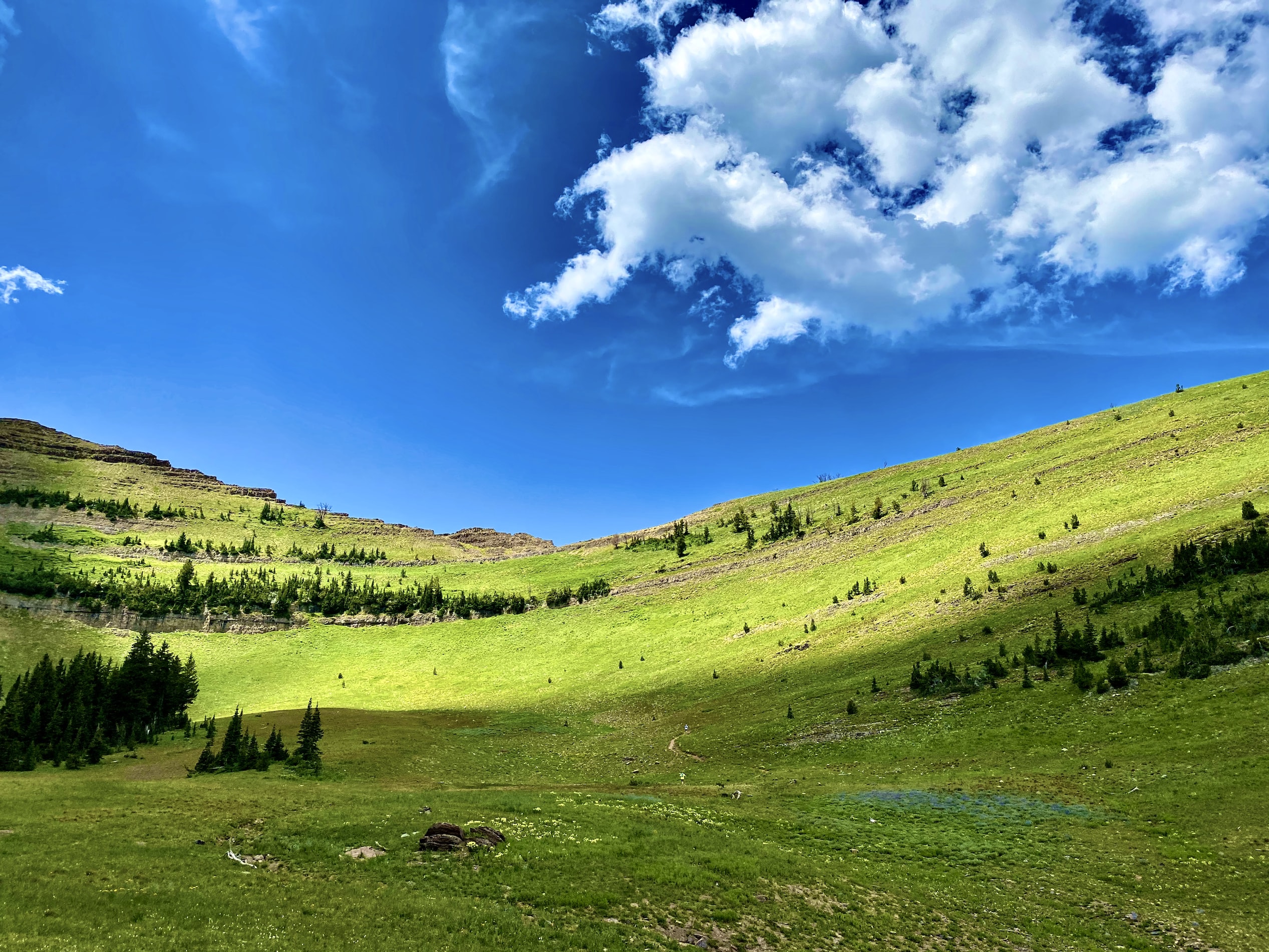 Largely ignored in this debate is the fact that animal impact is essential to the health of these areas.

Nature does not much care whether the animals be bison, cattle, goats, horses etc., so long as animals in sufficient numbers and concentrations  are periodically grazing and browsing weeds and brush, trampling old growth and deadfall, tilling in seeds and leaving behind dung and urine.

Animals used in this way are also essential to wildfire prevention because the grass, weeds and browse they consume and trample down otherwise accumulate as the fine fuels that accelerate catastrophic fire.

NOTE: this article was originally published to JHNewsandGuide.com on June 13, 2021. It was written by Mike Koshmrl.

The Bridger-Teton National Forest is making moves to allow cattle to graze four eastern Gros Ventre Range allotments that were cleared of domestic sheep because of the threat they posed to wild bighorn sheep.

Five years ago woolgrowers at the Thoman Ranches agreed to a buyout with the Wyoming Wild Sheep Foundation that led to domestic sheep being herded off the rangeland.

But now, the vacancy is being reconsidered at the request of Wyoming’s livestock lobby, which hasn’t been pleased that the number of unoccupied grazing allotments on the Bridger-Teton has been growing.

“We identified this Elk Ridge complex as the No. 1 priority [for restocking],” said Jim Magagna, executive vice president for the Wyoming Stock Growers Association. “It seemed like the easiest one to move forward with, and the one that has the least potential for conflict.”

The four allotments in question, which total about 31,000 acres, are located about 30 miles southeast of Jackson. The westernmost of the permit areas, located in the Tosi Creek drainage, is almost entirely within the Gros Ventre Wilderness. Others farther east are in the Green River drainage.

The former sheep allotments are wholly surrounded by the Upper Green River Rangeland grazing complex, which is the most problematic portion of the Greater Yellowstone Ecosystem for conflicts between grizzly bears and cattle.

The Bridger-Teton’s proposal is to essentially tack the four sheep allotments onto the existing cattle allotments. That added acreage would provide more flexibility for cattlemen that run herds in that area, said Chad Hayward, a Bridger-Teton natural resource manager who’s currently on detail as the forest’s range staff officer.

“The Elk Ridge project, it’s really not proposing to put additional livestock on the landscape,” Hayward said. “The cattlemen that would be potentially using the allotments would be grazing cattle that are already under a Forest Service permit, and those cattle are already mixed in with the group of bears there.”

Magagna made the case that restocking could actually reduce grizzly conflict, by giving range riders a new place to take herds when they are being hit hard by depredating grizzlies in other areas.

But one devoted public lands grazing critic had a dim view of that argument.

Ratner criticized the Bridger-Teton for prioritizing the restocking effort, which wasn’t initiated by a cattle rancher who applied to graze the area but rather by the Wyoming Stock Growers Association’s inquiry.

“The Forest Service is just boot licking,” Ratner said. “They have a massive backlog of NEPA that needs to be done on the allotments they already have open.”

The Bridger-Teton is also considering allowing sheep grazing on parts of the Wyoming Range that were vacated of domestic sheep as a result of another conservation buyout. When domestic sheep mix with bighorns, pathogens can be transmitted that lead to devastating bouts of pneumonia in the native herds that can take years to recover from.

The Bridger-Teton is taking comments on its proposal, but comments must be submitted by the end of the day. (Friday, June 25.) A scoping document about the project is attached to the online version of this story at JHNewsAndGuide.com.