Farmers Put Down the Plow for More Productive Soil 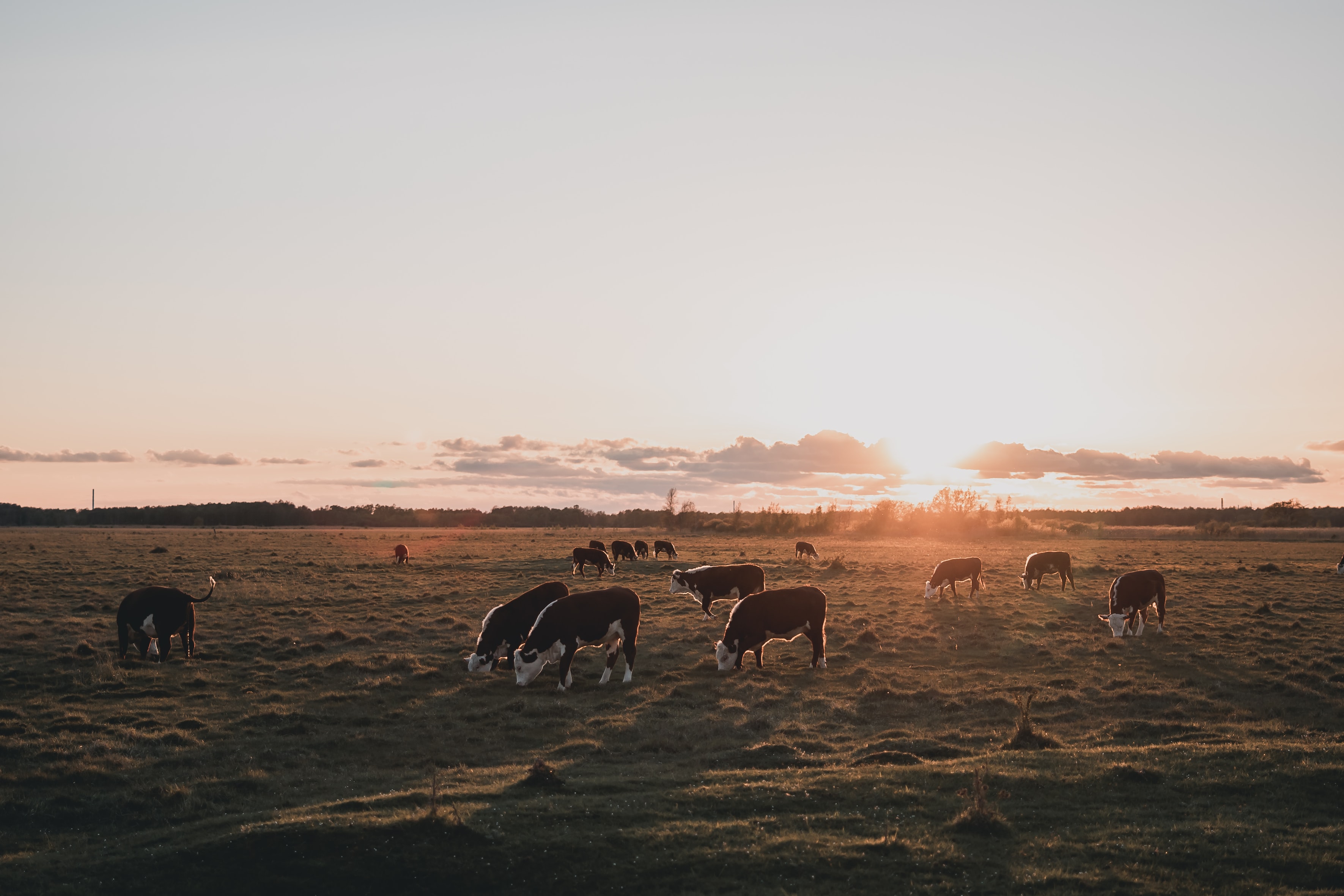 Holistic farming concepts are completely portable to rangeland management.  The goal of all ranch managers should be the increase of soil fertility.  From this, all else will follow.

FORT WORTH — Gabe Brown is in such demand as a speaker that for every invitation he accepts, he turns down 10 more. At conferences, like the one held here at a Best Western hotel recently, people line up to seek his advice.

“The greatest roadblock to solving a problem is the human mind,” he tells audiences.

He is talking about farming, specifically soil-conservation farming, a movement that promotes leaving fields untilled, “green manures” and other soil-enhancing methods with an almost evangelistic fervor.

Such farming methods, which mimic the biology of virgin land, can revive degenerated earth, minimize erosion, encourage plant growth and increase farmers’ profits, their proponents say. And by using them, Mr. Brown told more than 250 farmers and ranchers who gathered at the hotel for the first Southern Soil Health Conference, he has produced crops that thrive on his 5,000-acre farm outside of Bismarck, N.D., even during droughts or flooding.

He no longer needs to use nitrogen fertilizer or fungicide, he said, and he produces yields that are above the county average with less labor and lower costs. “Nature can heal if we give her the chance,” Mr. Brown said.

Neatly tilled fields have long been a hallmark of American agriculture and its farmers, by and large traditionalists who often distrust practices that diverge from time-honored methods.

But soil-conservation farming is gaining converts as growers increasingly face extreme weather, high production costs, a shortage of labor and the threat of government regulation of agricultural pollution.

Farmers like Mr. Brown travel the country telling their stories, and organizations like No-Till on the Plains — a Kansas-based nonprofit devoted to educating growers about “agricultural production systems that model nature” — attract thousands.

Government surveys suggest that the use of no-tillage farming has grown sharply over the last decade, accounting for about 35 percent of cropland in the United States.

For some crops, no-tillage acreage has nearly doubled in the last 15 years. For soybeans, for example, it rose to 30 million acres in 2012 from 16.5 million acres in 1996. The planting of cover crops — legumes and other species that are rotated with cash crops to blanket the soil year-round and act as green manure — has also risen in acreage about 30 percent a year, according to surveys, though the total remains small.

Farmers till the land to ready it for sowing and to churn weeds and crop residue back into the earth. Tilling also helps mix in fertilizers and manure and loosens the top layer of the soil.

But repeated plowing exacts a price. It degrades soil, killing off its biology, including beneficial fungi and earthworms, and leaving it, as Mr. Archuleta puts it, “naked, thirsty, hungry and running a fever.”

Degraded soil requires heavy applications of synthetic fertilizer to produce high yields. And because its structure has broken down, the soil washes away easily in heavy rain, taking nitrogen and other pollutants with it into rivers and streams.

Soil health proponents say that by leaving fields unplowed and using cover crops, which act as sinks for nitrogen and other nutrients, growers can increase the amount of organic matter in their soil, making it better able to absorb and retain water.

In turn, more absorbent soil is less vulnerable to runoff and more resistant to droughts and floods. Cover crops also help suppress weeds. Environmental groups like the Defense Council have long been fans of soil-conservation techniques because they help protect waterways and increase the ability of soil to store carbon dioxide, rather than releasing it into the air, where it contributes to climate change.

One recent study led by the Environmental Defense Fund suggested that the widespread use of cover crops and other soil-health practices could reduce nitrogen pollution in the Upper Mississippi and Ohio River basins by 30 percent, helping to shrink the giant “dead zone” of oxygen-depleted water in the Gulf of Mexico. The Defense Council, Ms. O’Connor said, has proposed that the government offer a “good driver” discount on federal crop insurance for growers who incorporate the practices.

But the movement also has critics, who argue that no-tillage and other methods are impractical and too expensive for many growers. A farmer who wants to shift to no-tillage, for example, must purchase new equipment, like a no-till seeder.

Tony J. Vyn, a professor of agronomy at Purdue, said the reasons growers cite for preferring to fully till their fields vary depending on geography, the types of crops they grow and the conditions of their soil. But they include the perception that weed control is harder using no-tillage; that the method, which reduces water evaporation, places limits on how early in the year crops can be planted; and that the residue left by no-tilling is too difficult to deal with, especially when corn is the primary cash crop.

Even farmers who enthusiastically adopt no-till and other soil-conservation methods rarely do so for environmental reasons; their motivation is more pragmatic.

“My goal is to improve my soil so I can grow a better crop so I can make more money,” said Terry McAlister, who farms 6,000 acres of drought-stricken cropland in North Texas. “If I can help the environment in the process, fine, but that’s not my goal.”

“We were farming cotton like the West Texas guys were, just plow, plow, plow,” he said. “And if you got a rain, it just washed it and eroded it.

Mr. McAlister said that he switched to no-tillage in 2005, when an agricultural economist calculated that the method offered a $15-per-acre advantage over full tilling.

Now he is a convert. Standing in a field of winter wheat, he pointed proudly at the thick blanket of stubble sprinkled with decaying radishes and turnips.

“One of the toughest things about learning to do no-till is having to unlearn all the things that you thought were true,” he said.

Mr. McAlister grows cotton, wheat, hay, grain sorghum and some canola as cash crops, using a GPS-guided no-till seeder that drills through residue, allowing him to plant precisely and effectively.

He credits no-tillage for one of his biggest wheat crops, in 2012, when extreme drought left farmers throughout the region struggling to salvage any harvest. His healthier soil, he believes, made better use of the tiny amount of rain that fell than did the fully tilled fields of other farmers.

But few growers go as far as Mr. Brown in North Dakota, who produces grass-fed beef and has given up most agricultural chemicals. Mr. McAlister, for example, still uses nitrogen fertilizer. He plants seeds that are genetically modified for drought or herbicide resistance. And he depends on herbicides like Roundup to kill off his cover crops before sowing the crops he grows for cash.

The philanthropist Howard G. Buffett, a proponent of soil-conservation practices, said that the drought and flooding that have plagued much of the country in recent years have drawn more farmers to no-till.

“When you get into a drought, that gets everybody’s attention,” said Mr. Buffett, the middle son of Warren E. Buffett, the billionaire investor. “Farmers don’t really change their behavior until they see that they have to, which is pretty much human nature.”

The Environmental Protection Agency’s regulation of nutrient pollution in the Chesapeake Bay under the Clean Water Act in 2010, Mr. Buffett said, should also be “a wake-up call that the E.P.A. is coming soon” and if farmers do not address fertilizer runoff, the government will do it for them.

Still, he said, reaping the benefits of no-tillage farming demands patience, given that it may take several years for deadened soil to recover. Some farmers try no-tilling for one season and then get discouraged. And there is no one-size-fits-all solution: Farmers must adapt what they have learned to their own land and crops.

Mr. McAlister and other no-till farmers said that perhaps the biggest barrier to the spread of no-till is the mind-set that farmers must do things the same way as earlier generations did them.

“We have a saying in our area: ‘You can’t no-till because you haven’t buried your father yet,’” Mr. McAlister said.

“You can’t take on an endeavor like this with someone leaning over your shoulder every day telling you you’re wrong and it’s not going to work,” he said.