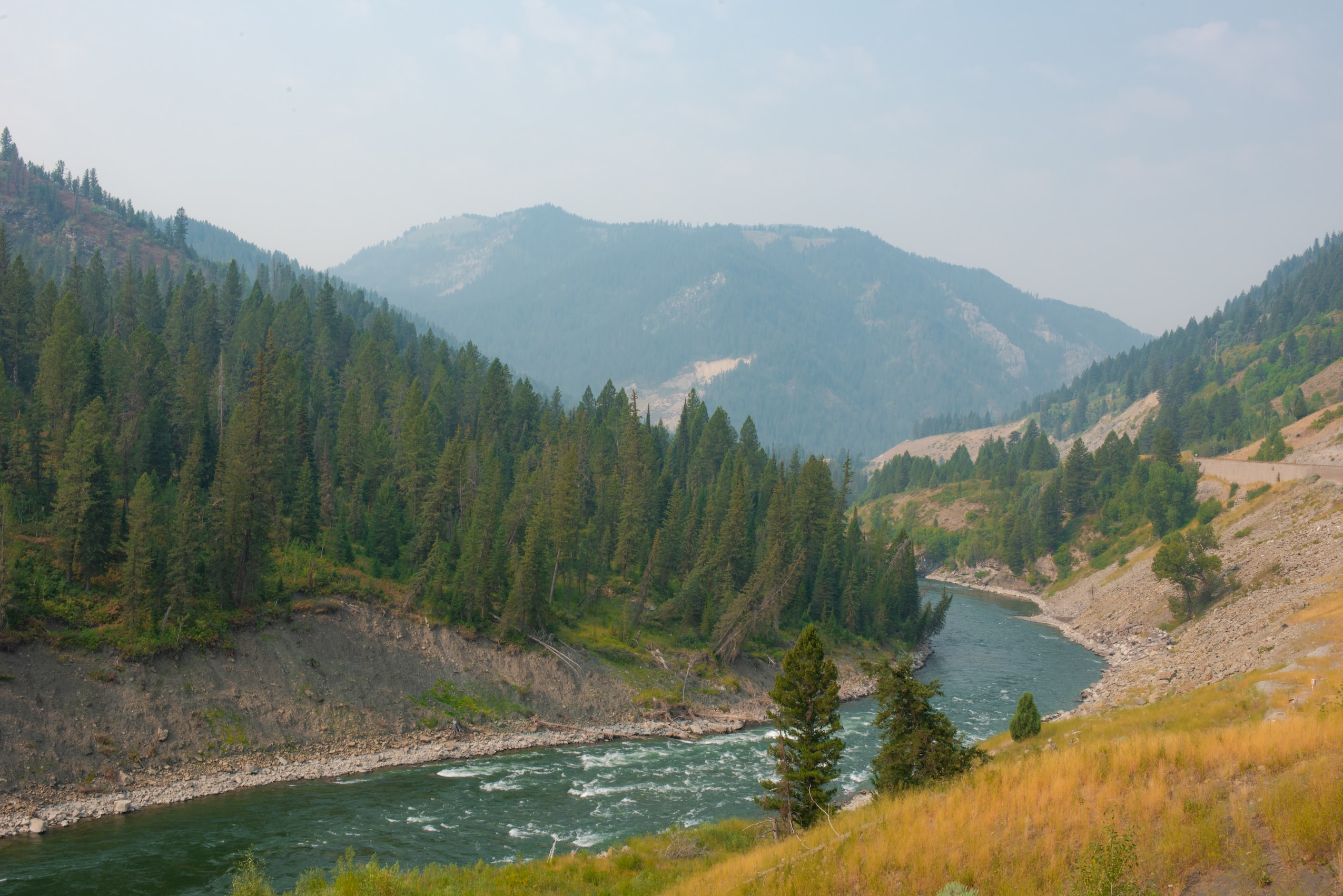 “Because water is managed regionally across the West, and first allocated to the earliest-dated permits, states like Utah which was farmed before Wyoming and Idaho, are getting are getting priority water from states upstream. The rivers are full from the reservoir draw-downs, but the water is headed out-of-state.

NOTE: this article was originally published to JHNewsandGuide.com on Jul 2, 2021. It was written by Mike Koshmrl

Although the substantial flows in view from the Highway 22 bridge suggest otherwise, the Snake River’s water year is looking increasingly, exceedingly grim.

Above Jackson Lake where the Snake is free-flowing, a pitiful 320 or so cubic feet of water per second are draining off 486 square miles of the landscape and making their way to the riverbed where a gauge is located at Flagg Ranch. That’s a volume more characteristic of late summer, and it is the least amount of water — 22% below the previous record — ever documented at the onset of July in the upper watershed.

That reality is obscured by the operations at Jackson Lake Dam.

At least 13 times more water is leaving the lake than is flowing in, and in the weeks to come the Bureau of Reclamation may boost the releases up to 5,000 or 6,000 cubic feet per second to slake the thirst of parched crops in Idaho’s drought-ridden and irrigation-dependent Snake River Plain.

“It’s looking like we’ll draft Jackson to below 10%, if we don’t get the precipitation,” said Jeremy Dalling, who leads river and reservoir operations for the bureau’s Upper Snake Field Office. “Palisades is going to be the same story: probably somewhere around 5% full.”

Hydrologists such as the Natural Resources Conservation Service’s Jim Fahey expected going into the spring that it wouldn’t be a banner water year.

When the snowpack topped out in Wyoming’s portion of the Snake River watershed, the water locked within was only about 80% of the historical average.

The volume of water detected in the Snake River at Flagg Ranch has been setting record lows since mid-June, and there has been an increasing difference between the current flow and the historical record low for the calendar day.Credit – BUREAU OF RECLAMATION / COURTESY

But then a confluence of factors exacerbated conditions, starting with a dearth of spring snows. Soil moisture levels were reading drier in places than they ever had before, and so the ground absorbed some of the runoff. On top of that, June was historically dry.

A monitoring station at the South Gate of Yellowstone National Park detected only one-tenth of an inch of precipitation all month, just 4% of average and the least amount of precipitation recorded in a dataset that goes back to 1905.

The effect of all that is a historically low Snake River.

“Even through the 2000s droughts and 2013 drought, there was always water in the Snake,” Fahey said. “But this year is different.”

Although everything is relatively low, other parts of the Snake River watershed, such as the Gros Ventre River and Buffalo Fork, are faring relatively better.

But there are other nearby basins also setting new record-low flows, including the Bear River and south-central Wyoming’s Little Snake River, a tributary of the Yampa River.

Fahey said it’s reasonable to think that the Snake River will continue to set record-low flows well into July. Only monsoonal moisture, which isn’t in the forecast, would likely change that.

A good water year and full Jackson Lake and Palisades Reservoir in 2020 are blunting the effect of a much drier 2021, Dalling said. But with two consecutive dry years, Idaho farmers and river users could start to see real change.

“The system doesn’t have much more than one year for irrigation supplies, which I think is surprising to a lot of people, because 4 million acre-feet is a lot of water,” Dalling said. “We’ll be pretty darn low at the end of this year, and the concern becomes next year.”