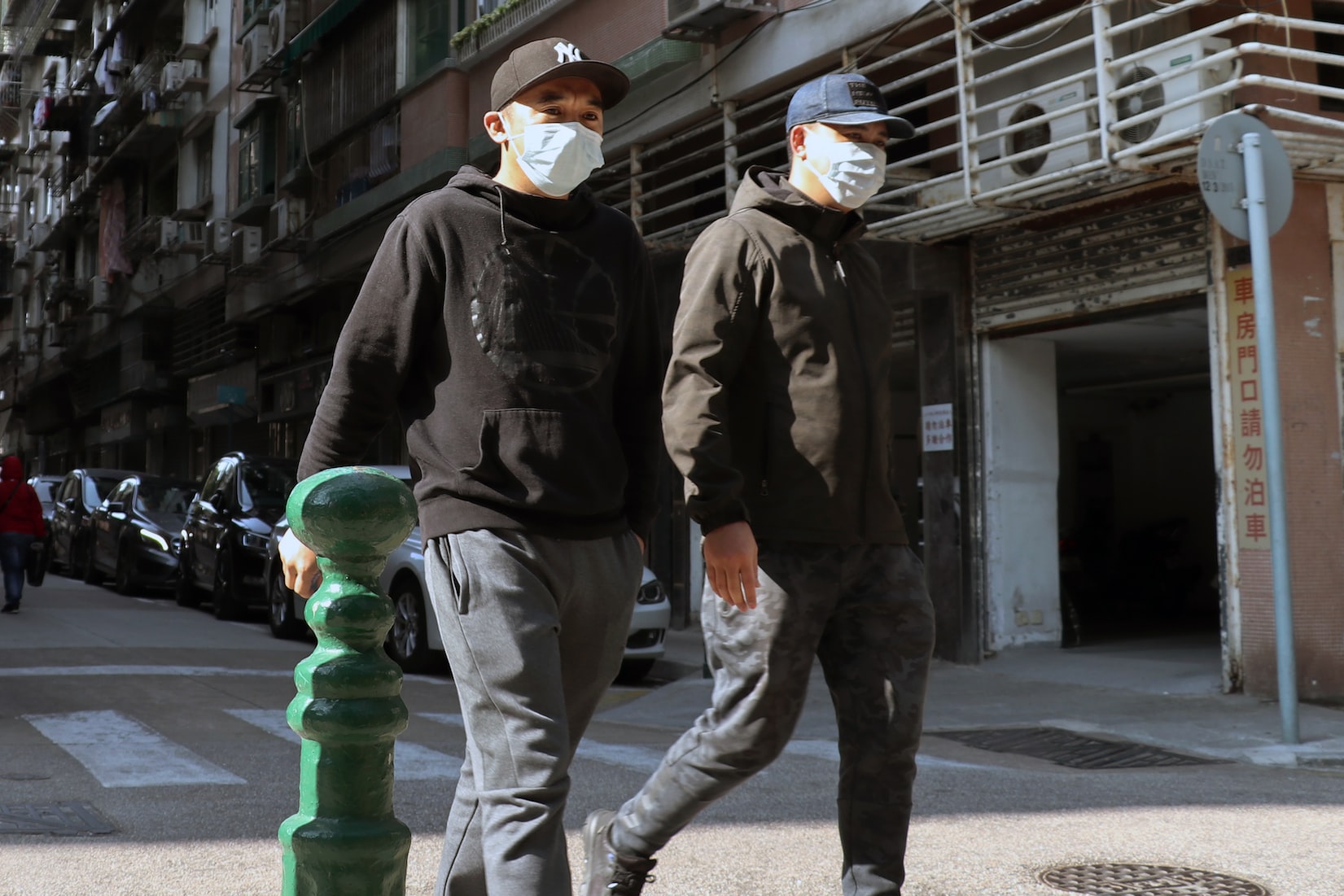 Paraphrasing the authors of the article below, “The role of healthy, intact ecosystems is being overlooked, together with the essential link between human, domestic animal and wildlife health. Biodiversity — the richness of life on Earth — is essential to maintaining a planet that supports all of us.”

In other words we must think holistically and focus on human, animal and habitat health, none of which are possible without biodiversity. Because “an once of prevention is worth a pound of cure”, keeping these elements healthy is cheaper, easier and far more effective than treating epidemic disease outbreaks.

These insights are the heart of holistic wildlife management.

NOTE: this article was originally published to TheStar.ca on February 2, 2020. It was written by Kate Allen.

The current coronavirus outbreak is a sobering reminder that there is no firewall between animal and human health. What do the novel coronavirus outbreak, warm winters in Ontario, and coyote poop all have in common?

If this sounds like a riddle, that’s because it sort of is one. And the answer will help solve deadly emergencies like the coronavirus outbreak that originated in China in late December and has so far killed 259 people and infected nearly 12,000 globally, including four in Canada.

These three phenomena are all examples of a concept known as “One Health”: the recognition that human, animal and ecosystem health are deeply interconnected, and that degrading the well-being of the planet and its other inhabitants is damaging to ourselves.

One Health might sound like a hippie maxim, something you would see on a T-shirt in Kensington Market. But it is a widely accepted principle, one adopted by the World Health Organization, the Public Health Agency of Canada, and other health authorities worldwide.

The current coronavirus outbreak is a sobering reminder that there is no firewall between animal and human health. Scientists believe the virus likely originated in bats and jumped to people at a wildlife market in Wuhan, China. More than 60 per cent of emerging infectious diseases come from animals, and more than 70 per cent of those from wildlife, research shows.

And yet experts say a vital element of One Health is still being overlooked: the role of healthy, intact ecosystems. Human activities that degrade or encroach on wild habitats increase the likelihood of humans catching such diseases, and create many other health risks too. We have ignored that truth at our own peril — in China, in Canada, and around the world.

“How many times can we learn this lesson? Apparently quite a number of times,” David Fisman, a professor of epidemiology and infectious disease physician at the U of T’s Dalla Lana School of Public Health, told the Star earlier this week.

The principle of One Health arose soon after the last global outbreak of an infectious disease that spilled over from animals to humans at a wildlife market in China: the Severe Acute Respiratory Syndrome pandemic of 2002 and 2003. SARS infected more than 8,000 people globally and killed almost 800, including 44 in Ontario.

During the outbreak, researchers suspected the origin of the virus causing SARS was “zoonotic”: it came from animals. It too was a coronavirus, a family of viruses that also causes the common cold.

Sure enough, microbiologists in Hong Kong isolated a SARS-related coronavirus in palm civets, a wild mammal, being sold at a live animal market in Guangdong, China. They also discovered evidence of the virus in people working at the market where the civet cats were sold.

These discoveries suggest bats are the original host of the virus, and palm civets may have been an intermediary step: bats infected the palm civets, a wild animal that had been brought into close human contact, and palm civets infected us. It is also possible that bats directly infected humans.

In 2004, health experts converged in New York City at a symposium organized by the Wildlife Conservation Society. They were galvanized by SARS and by other animal-linked illnesses: Ebola, West Nile virus, avian influenza and mad cow disease, among others.

That meeting led to the creation of a set of principles known as One World, One Health. Among other things, the principles recognize “the essential link between human, domestic animal and wildlife health,” and that biodiversity — the richness of life on Earth — is essential to maintaining a planet that supports all of us.

The idea is not new, but the summit helped mainstream the idea at institutions worldwide. The World Health Organization, the U.S. Centers for Disease Control and Prevention, and the Public Health Agency of Canada now say they use a “One Health” approach.

But those on the front lines say the principles have been imperfectly applied, and that critical components are being overlooked.

“The link to environmental degradation is not there,” says Justina Ray, president and senior scientist of Wildlife Conservation Society Canada.

While veterinarians and human health experts might be doing a better job of collaborating to watch out for new infectious diseases, not enough attention is being paid to the environment that all animals — humans included — live in.

“The link between planetary health and human well-being, and the services the planet provides, are not entrenched at all in our governments … (or) in our policies. And it’s not at all in the economic conversations.”

“Clearly we’ve got a problem that is related to the interface between wildlife or wild nature and humanity. It’s very simple,” agrees Steven Osofsky, the Jay Hyman Professor of Wildlife Health & Health Policy at Cornell University’s College of Veterinary Medicine and one of the original architects of the One Health approach.

“We kill wildlife, we eat wildlife, and we trade it; we capture wildlife and put it in markets, and mix species together from all over the world that never should have seen each other; and we encroach upon wild nature at unprecedented scales. Those three baskets of activities pretty much explain all the incidences of where these diseases come from,” Osofsky says.

It’s cheaper and more effective to prevent chronic diseases such as heart disease through preventive medicine — diet and exercise — than it is to treat after the illness has taken hold. The same is true for emerging infectious diseases like the novel coronavirus, Osofsky says.

“And yet we’re not spending a lot of time and money on how to minimize that interface. We tend to want to have vaccines and pills when it’s pretty late in the game … I would rather be working on the prevention side because it’s so much more cost effective.”

The live animal markets in China where both SARS and the novel coronavirus likely emerged have been described as perfect incubators for the emergence of infectious diseases. Different species of wildlife that don’t usually meet are confined in close quarters, where their excrement and other bodily fluids are more likely to be exchanged, and where humans are handling and eventually eating them.

The Chinese government closed the markets during the SARS outbreak, but they eventually reopened. The Chinese government temporarily banned the trade of wild animals again this week. Some both inside and outside China, and in particular conservation groups, have called for a permanent end to wildlife markets in China.

But while global attention is currently focused on China, Canada is vulnerable to different versions of the same problem.

Climate change, which Canada continues to contribute to, has made southern Ontario a more hospitable environment for the ticks that carry the bacterium that causes Lyme disease. Cold winters used to make it harder for the ticks to survive before finding a host.

But Canadian researchers found that climate change has made it possible for ticks to sustain themselves in new areas of Ontario, including parts of the Niagara escarpment and Algonquin Provincial Park. Lyme disease cases in Ontario grew from 91 in 2008 to 624 in 2018.

Last April, researchers from the University of Guelph reported that nearly one in four of the coyotes and foxes from southern Ontario they tested carried a tapeworm that can cause a potentially fatal illness in humans and domestic dogs. Coyotes and foxes catch the parasite from eating infected rodents like field mice, and then shed the parasites’ eggs in their poop.

While the risk to humans is currently low, the researchers said, the more that urbanization — and the dog-loving people inside those urban areas — expand into coyote and fox habitat, the higher the risk.

The One Health principles were reaffirmed in October of last year, with an increased emphasis on the conservation of biodiversity.

“We’re just one inhabitant of the planet, although we’re overtaking it, absolutely. And we need the health of the planet,” says Ray, of the Wildlife Conservation Society Canada.

“We have to be thinking about health in a much more holistic way than we have been.”