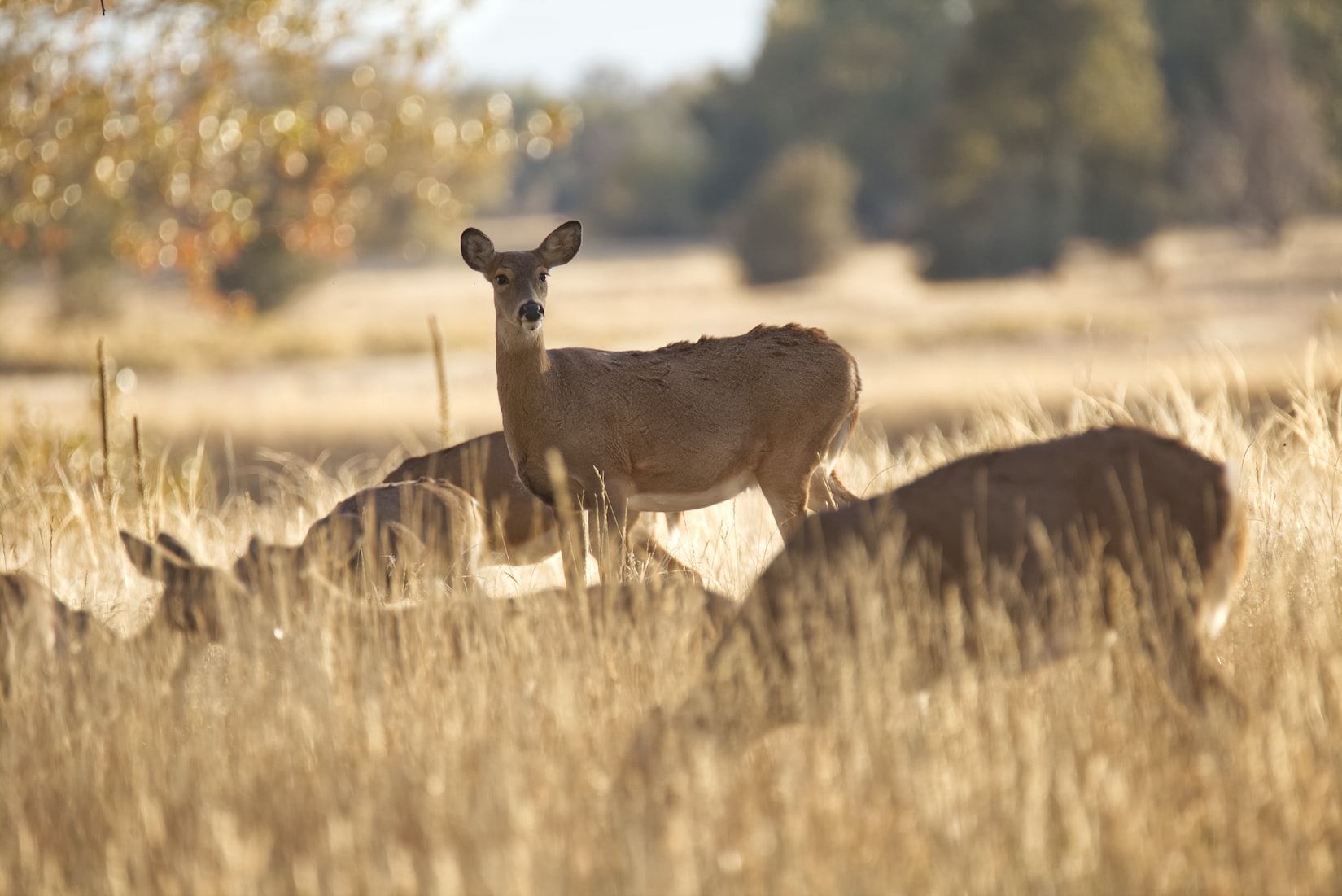 “A very good discussion of Chronic Wasting Disease (CWD) and a new test for live animals.

NOTE: this article was originally published to APNews.com on April 17, 2021. It was written by Brent French.

BILLINGS, Mont. (AP) — Scientists have developed a new way to test live animals for chronic wasting disease that holds promise for one day detecting the illness in the wild.

“We need to do more in the form of field testing to verify its utility,” said Byron Caughey, chief of the TSE/Prion Biochemistry Section at the National Institute of Allergy and Infectious Diseases in Hamilton.

The new method utilizes a piece of tissue from the animal’s ear for testing. Previously, more invasive tests had proven effective but difficult to collect, including a rectal sample or biopsy of lymph nodes.

“We hope this will be simpler and safer for the animal,” Caughey said.

The results of the study identifying the effectiveness of the ear punch test were recently published in the journal “Scientific Reports.” Along with Caughey, scientists who contributed to the research were: Natalia do Carmo Ferreira, Jorge M. Charco, Jakob Plagenz, Christina D. Orru, Nathanial D. Denkers, Michael A. Metrick II, Andrew G. Hughson, Karen A. Griffin, Brent Race, Edward A. Hoover, Joaquín Castilla, Tracy A. Nichols and Michael W. Miller.

Chronic wasting disease is an always fatal infection that afflicts deer, elk and moose. It was first documented in the wild in Montana in a mule deer buck killed in Carbon County in 2017. Since then, Montana Fish, Wildlife & Parks has facilitated the testing of thousands of hunter-killed game to find where CWD is occurring in the state and how prevalent it is in certain populations.

Testing was complicated by the COVID-19 pandemic last hunting season, according to Jennifer Ramsey, an FWP wildlife veterinarian. As technicians got ill, fewer samples were collected than originally hoped. For those tests that were performed, however, having the work done at the state lab in Bozeman helped speed the turnaround time, she added.

Hunters who kill game infected with CWD are advised not to eat the meat, although no connection has yet been established between eating an ill animal and becoming infected. However, an outbreak of a similar disease in 1992 — Mad Cow Disease known as Creutzfeldt-Jakob Disease in humans — was linked to humans consuming infected cattle in Britain.

CWD and CJD are both believed to be caused by abnormally folded proteins known as prions that trigger other prions to mis-fold, resulting in nerve and brain damage. The prions are spread through an infected animal’s bodily fluids. The proteins may survive on plants and in the soil for long periods. After being infected, it can take an animal two to four years before it shows symptoms that include listlessness, drooling, lack of coordination and weight loss.

So far, wildlife in 26 states, two Canadian provinces and four foreign countries have identified the disease in wild or captive animals.

The new method developed for detecting CWD relies on the RT-QulC test, short for Real-time quaking-induced conversion. The concept was developed for CJD and has been adapted for other neurological diseases like Alzheimer’s and Parkinson’s.

Once infected, prions are believed to move through their host’s body via nerves, much like herpes. So the scientists targeted a nerve in mule deer ears to sample for CWD.

Out of 58 ear punches of what looked like healthy deer killed by hunters, the new method detected 81% of the infected animals (24 out of 21) and 91% of those not infected (29 out of 32). The mule deer ears were provided by Colorado Parks and Wildlife.

The results rivaled the sensitivity of rectal biopsies using the same RT-QulC method. The study said one possibility for the false positives may have been cross contamination.

“We hope to improve on things now that we have a prototype,” Caughey said.

Future tests will attempt to ascertain how early the ear punch might detect CWD after an animal is infected. That will require a costly, time-consuming study, he said.

The deer samples collected from Colorado seemed to come from healthy animals, so Caughey said it appears the new testing is good enough to identify sick animals before they are showing symptoms.

It would be an advantage in helping slow the spread of CWD if there was a field test that could quickly identify infected animals, Ramsey said.

“I think people are looking for that,” she said.