California Supervolcano May Be As Dangerous as Yellowstone’s 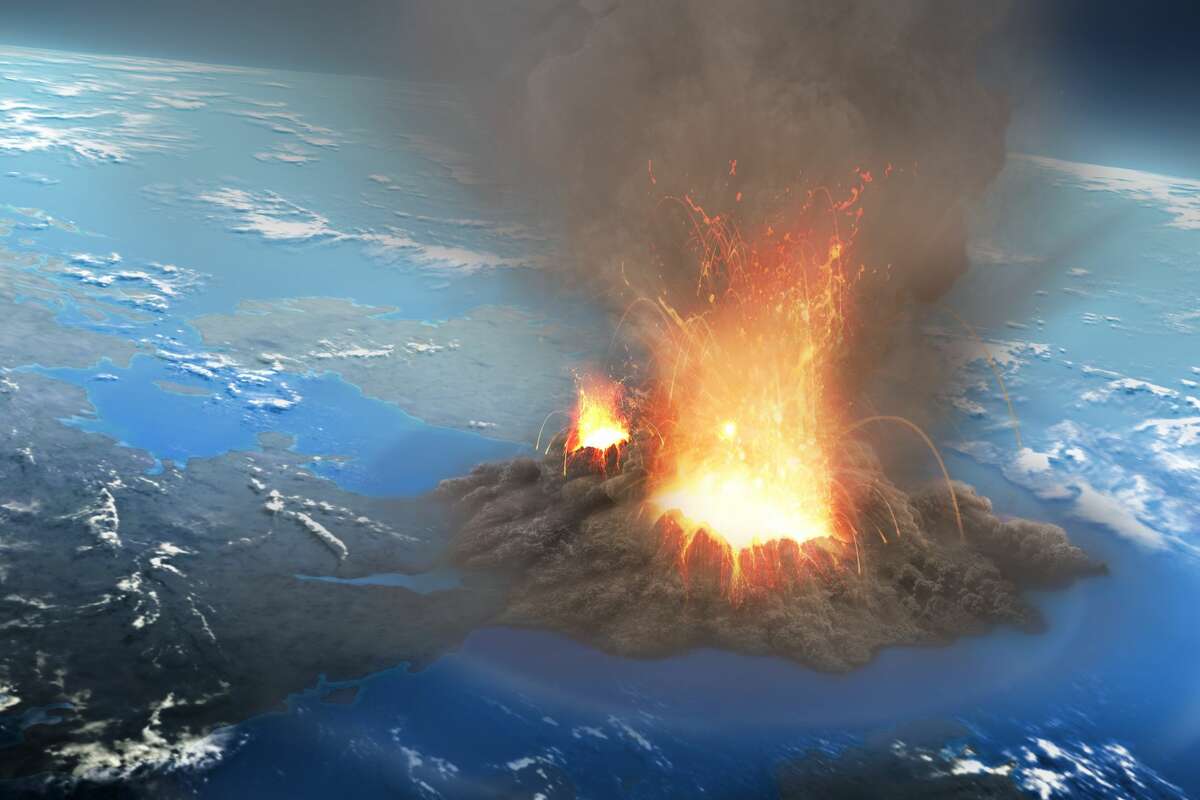 “As described in this article, one of three super-volcanoes in the United States is in New Mexico. Valles Caldera is located in north-central New Mexico in the central Jemez Mountains west of Santa Fe. It is the oldest of three young caldera-type volcanoes in the United States; the other two are Yellowstone in Wyoming and Long Valley in California.

NOTE: this article was originally published to SFChronicle.com on October 1, 2018. It was written by Jake Ellison.

Every time a geyser coughs in Yellowstone National Park someone publishes a story with a dire headline about the end of the world.

To wit: “Yellowstone volcano WARNING: Supervolcano WILL erupt and could END human civilisation.” And then the rest of the Internet freaks out in paroxysms of armageddon delight.

But what about the Long Valley Caldera, which is also considered a supervolcano by the volcanologists at the USGS?

Not even a study published in August in the journal GeoScienceWorld titled “Seismic evidence for significant melt beneath the Long Valley Caldera” could rattle alarmists from their Yellowstone fixation.

The study by a cadre of USGS experts at the California Volcano Observatory in Menlo Park reports that “three-dimensional full-waveform tomography”–er, reading sound waves bouncing around deep in the earth–revealed a reservoir under the Long Valley Caldera of more than 240 cubic miles of magma with 27 percent of it hot enough and the right composition to be liquid.

GALLERY: Check out the slideshow above for more details on the supervolcanoes of America

If it all blasted out of the ground, that would make Long Valley – located south of Mono Lake near the Nevada border – as cataclysmic as the Yellowstone supervolcano’s last supereruption 640,000 years ago that formed its current 35-by-50 mile caldera. A caldera is the depression left after an eruption so large the ground surface collapses over a wide area. 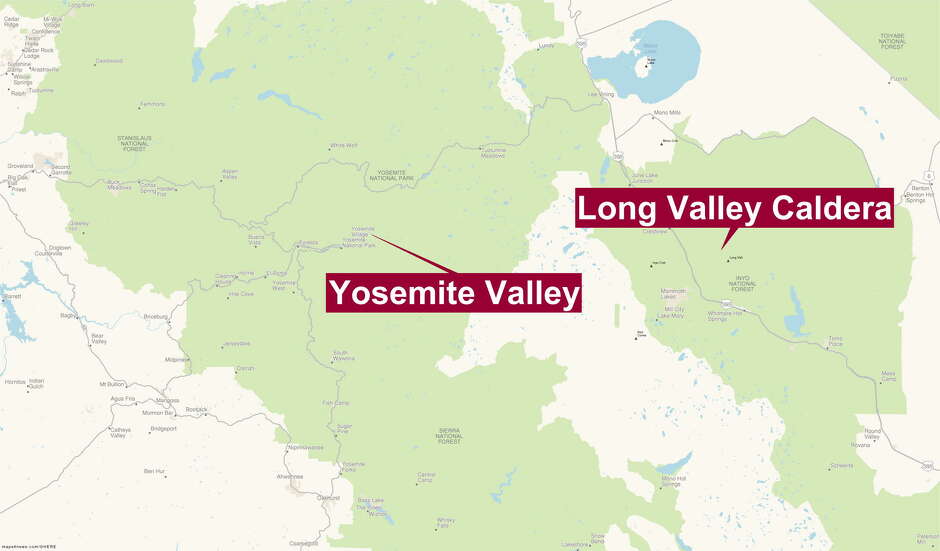 So, where’s the screaming headlines and graphic-rich documentaries? Yes, Yellowstone has all those famous steaming pots and geysers, but Long Valley has many hot springs, fumaroles and even a geothermal system that fuels the Casa Diablo power plant. And, both regions have plenty of much smaller volcanic activity, from quakes to minor eruptions of magma, gas and rocks. Perhaps Long Valley needs a better publicist.

To be fair to Yellowstone, Long Valley’s last mega-eruption, the Bishop Tuff eruption 760,000 years ago, kicked out a paltry 150 cubic miles of magma in only the third largest supereruption in geologically recent times.

RELATED: These are the California volcanoes most likely to erupt first

And, the Long Valley researchers estimate in their new paper, “the reservoir currently contains enough melt to support another supereruption comparable in size” to it’s last eruption.

That blast created Long Valley’s current 20-by-10 mile caldera and was more than 2,000 times larger than the 1980 eruption of Mount St. Helens, a USGS pamphlet on Long Valley states. The pamphlet adds, “Rapid flows of glowing hot ash (pyroclastic flows) covered much of east-central California, and airborne ash fell as far east as Nebraska. The Earth’s surface sank more than 1 mile into the space vacated by the erupted magma.”

Yellowstone’s largest and oldest-known effort shot out some 600 cubic miles of material. In all, three “extremely large explosive eruptions have occurred at Yellowstone in the past 2.1 million years with a recurrence interval of about 600,000 to 800,000 years,” according to the USGS. It’s ash plumes went much farther. (As you can see in a graphic in the gallery above.)

The United States is home to three active supervolcanoes, the USGS has determined: The famous Yellowstone, Long Valley and the Valles Caldera in New Mexico.

Valles is the oldest of the three and had its big event 1.25 million years ago, creating a 12-by-14 mile caldera when it blasted 70 cubic miles of magma, according to its USGS info page.

Gallery: Check out the ways you can be killed by a volcano in the slideshow above

They are all three considered active, so I imagine all three going off would definitely be a run-don’t-walk situation.

But will they? Will any of them?