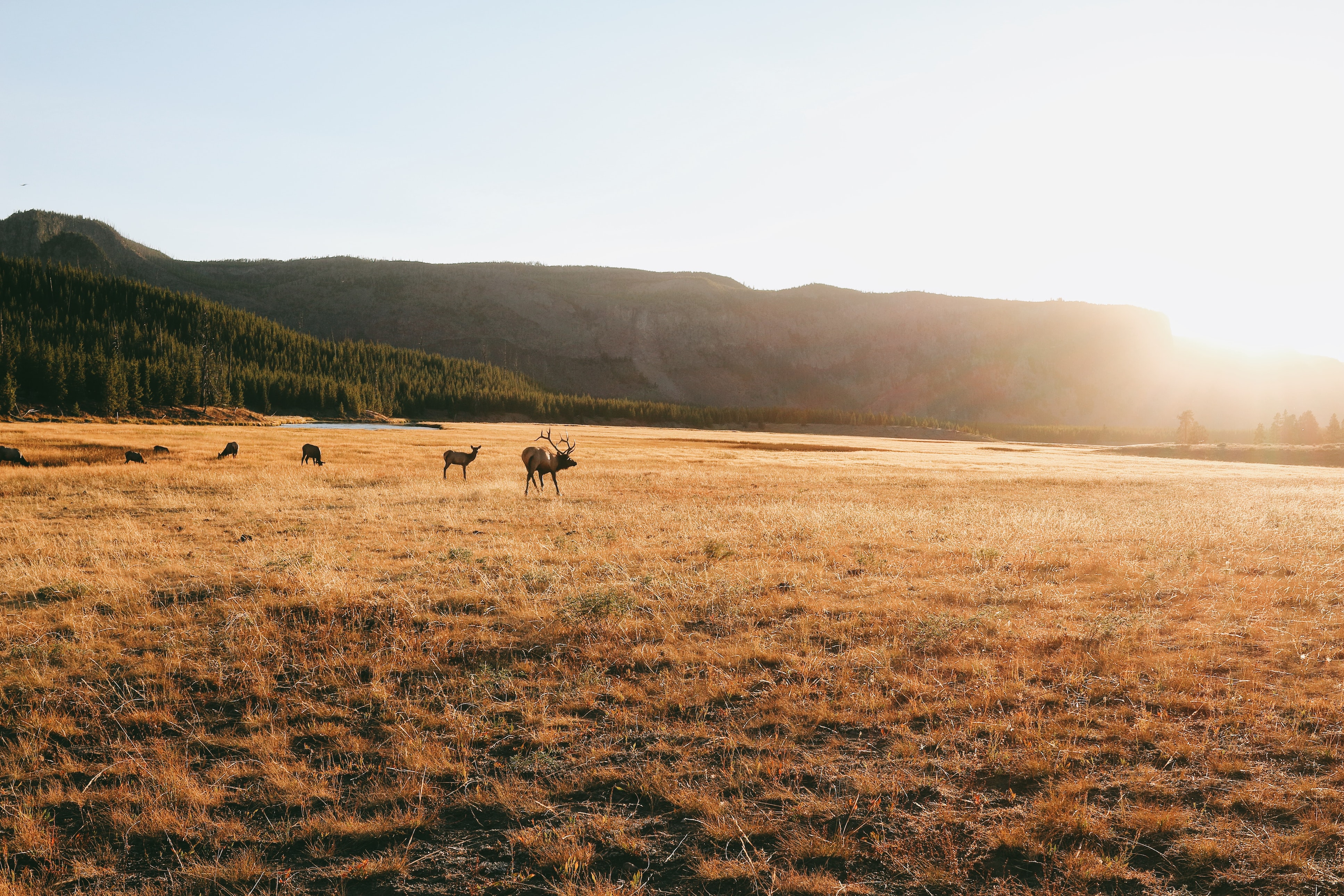 These feed grounds are CWD “super-spreaders”, but they remain very popular.

NOTE: this article was originally published to NYTimes.com on January 20, 2022. It was written by Angus M. Thuermer Jr.

The Bridger-Teton National Forest will consider phasing out the Dell Creek and Forest Park winter elk feedgrounds as it studies Wyoming’s request to continue feeding 900 or more elk at the two sites.

Comments will be accepted until Feb. 14 on the scope of an environmental impact statement that will analyze the Wyoming Game and Fish Department’s feeding request. The state seeks permits for 20 years or longer to operate the feedgrounds in Sublette and Lincoln counties.

The national forest will weigh the state request to use 135 acres of federal property against “an alternative that phases-out feeding,” Forest Supervisor Patricia O’Connor said in a statement. The Bridger-Teton will consider two other alternatives: rejecting use of its property and allowing emergency feeding only.

The U.S. Forest Service launched the environmental review after federal Judge Nancy Freudenthal last year considered fatal chronic wasting disease and other factors in a suit brought by conservationists. She found Wyoming had no permit to operate the feedground at Dell Creek and only a temporary one at Forest Park.

“The continuation of feedground operations may increase elk mortality by increasing the prevalence of chronic wasting disease in the elk herds that use the feedgrounds,” the U.S. Department of Agriculture stated in a notice in the Federal Register announcing the EIS. Under the phase-out alternative, “the number of days elk would be fed would decrease over time,” and hay sheds and corrals at the two feedgrounds would be removed within 20 years.

The Bridger-Teton will develop a final suite of options for the EIS after receiving scoping comments. The EIS process will include more chances for public comment but parties that might want to challenge a final decision must become involved now to preserve standing. A decision on the feedgrounds will be finalized in 2024.

Although numbers vary over the years, the two feedgrounds in Bondurant and in the Greys River drainage host about 900 elk a winter, according to Game and Fish data.

Dell Creek is one of 14 state-run feedgrounds on federal property that activists challenge, in part asserting that unnaturally concentrating elk on feedgrounds exacerbates the spread of CWD. In its application for a long-term permit, Wyoming said it continues to look for non-federal sites for feeding near Dell Creek, according to documents WyoFile obtained through records requests.

“Other areas in the vicinity lack reasonable access during winter months due to deep snow conditions, and lack reasonable separation from livestock operations,” the application states. “Areas close to Highway 191 may result in increased traffic accidents and associated human safety concerns. The current location has been in operation for decades and has proven to be very effective at mitigating these concerns.”

There are numerous benefits to feeding elk during winter, according to the Federal Register notice. Feeding “increases over-winter elk survival by maintaining body condition,” and “reduces transmission of diseases [such as brucellosis] to livestock,” the notice reads.

Wyoming also seeks to maintain elk population objectives “pursuant to the interests of [its] constituents and without excessive winter elk mortality.”

A decision must agree with the Bridger-Teton’s management plan, which calls for the agency to provide habitat for state wildlife according to population objectives “agreed to by the Forest Service,” the notice states. The forest plan also calls for the Bridger-Teton to help reestablish elk migration routes that elk historically used to leave the Dell Creek and Forest Park areas to natural wintering grounds.

The Bridger-Teton plan also calls for the national forest to help increase “viewing and hunting opportunities for outfitters and clients.”

The Bridger-Teton EIS also will “address any gaps” between Bridger-Teton’s desired conditions and those that actually exist, the notice says. That means addressing brucellosis, CWD, habitat, hunting, wildlife viewing and the condition of fish, wildlife and land.

“Hearing from the public during the comment period is crucial to the planning effort,” Supervisor O’Connor said in her statement. Public comments will be essential to framing the proposed action and alternatives — the next step in the process.

Game and Fish estimates there are 101,800 elk in the state’s 28 closely monitored herds, 28.6% above the objective for those groups. The wildlife agency estimates 8,400 elk populate seven additional herds that have no numerical objective, making Wyoming home to an estimated 110,200 elk.

Wyoming operates 22 elk feedgrounds, all west of the Continental Divide, that support 14,000-20,000 of the state’s wapiti. In addition, the National Elk Refuge in Teton County supports the bulk of the 11,000-strong Jackson Elk Herd under the U.S. Fish and Wildlife Service’s separate supplemental feeding program.

Fourteen of the state feedgrounds are on federal property. CWD has recently been found in two feedground-supported elk herds that together number about 13,000 animals. Game and Fish biologists estimate the agency would have to reduce the population of feedground elk by 60% to 80% without the feeding program, agency director Brian Nesvik has said. Game and Fish is assembling a stakeholders’ group to address the feedground dilemma.