Here is a typical review of The Son, by Philipp Meyer, “a multi-generational story that takes on the myths of Texas history as well as American History”.

Have you ever felt as a reader that you were reading a novel of near perfection? A book where every sentence, paragraph, character, historical reference not only was believable but compelling and brilliant? There is hardly a sentence in Meyer’s new book that is unnecessary. It is writing at its best. This book is a gem.

I am reluctant to go into the story’s specifics at any length because I don’t want to ruin your discovery. The publisher has already said far too much in the book’s end cover. Let’s just reveal that this is a multi-generational story that takes on the myths of Texas history as well as American History. We have Eli the founder of McCullough family who as a child in the 1840’s is captured by Comanches, his Son Peter who in the early 1900’s searches for something real in his life and is so unlike his father, and Jeannie who is Eli’s Great Granddaughter who in the latter half of the 20th Century tries to hold the family inheritance together. Their stories reveal the clash of peoples and fervor of retribution and the unintended consequences of inherited wealth and the perceived entitlement of cultural superiority. This is violent story and its characters are presented with a tough realism. Meyer writes near the end of the book, “…They thought that simply because they had stolen something, no one should be allowed to steal it from them. But of course that is what all people thought: that whatever they had taken, they should be allowed to keep forever.”

I hasten to say that the book in some ways reminded me of the movie GIANT (which of course Meyer quietly debunks in his narrative). I guess the similarity ends with the landscape… the wide flat landscape… oil wells blooming everywhere. The cowboy myth of individualism now exposed for what it is… a figment of our collective imaginations. Now just oil men and politicians wearing cowboy hats.

This book is available on Amazon 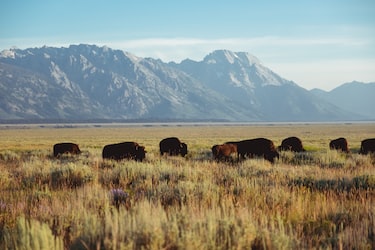 Conserving the Legacy by Wyman Meizner