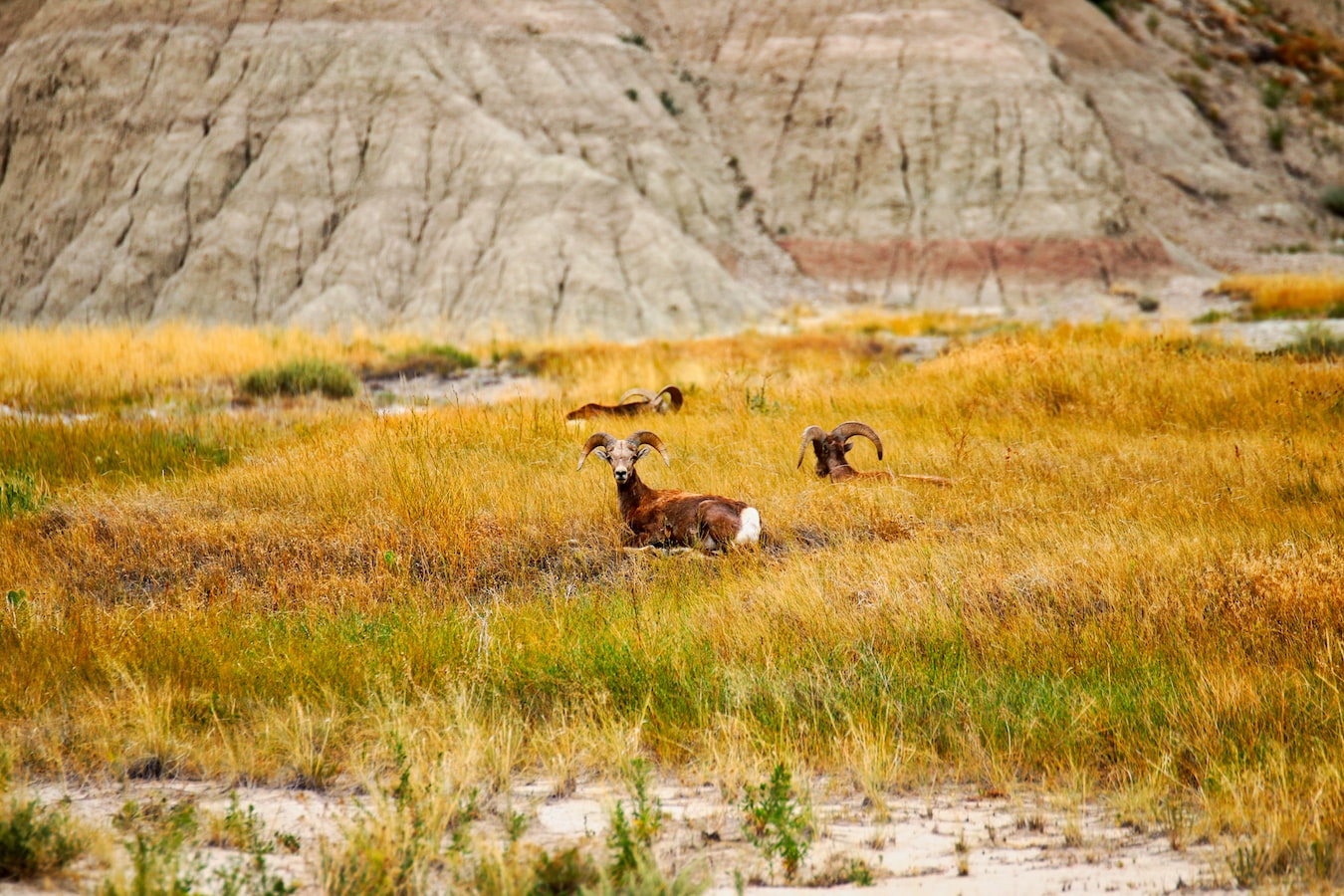 The bighorn sheep is named for its massive, spiral horns, which in the male can reach lengths of over a metre and weigh up to 14 kilograms, equalling the weight of the entire skeleton. The coat of this species is hairy rather than woolly, and coloured glossy brown in the summer, becoming paler in the winter. The hooves are black, the tail is short, and the rump has a conspicuous pale patch. The female’s horns, though large compared to some species of sheep, are much smaller than the male’s, and less curved. (See huge 350 pound bear we spotted crossing Pitchstone Waters and the Fall River valley.)