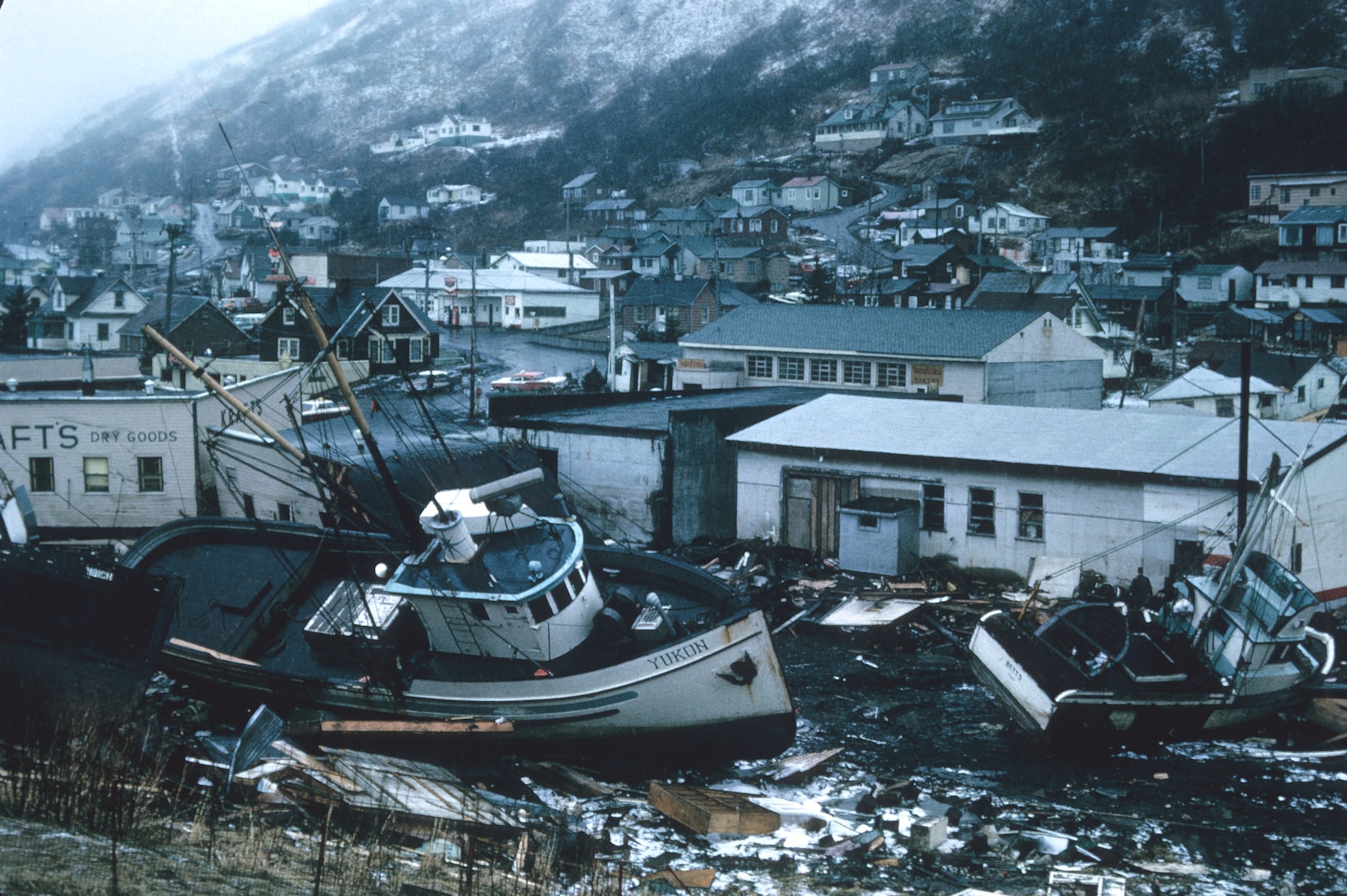 Every single day for uncounted millions of years, billions of pieces of flotsam – many bearing lifeforms – have drifted onto beaches across the world.

Here is an example of the utterly futile, wasteful and presumptuous efforts to interrupt this natural evolutionary process – which is as old as life itself – by attacking the biodiversity it creates.

Your tax dollars squandered again by wildlife and fishery “experts”…

Scientists Aim to Wipe Out Invasive Species; ‘Kill Them All’

NEWPORT, Ore.—Scientists had rarely seen such an astounding sight: sea creatures that had survived hundreds of blistering days and frigid nights crossing the thrashing Pacific. When the specimens washed ashore north of here, John Chapman, who has spent years studying marine life, had to decide how to handle the rare find.

“Kill them,” Dr. Chapman recalls ordering. “Kill them all.”

The ribbon worms. The blue mussels. The barnacles. Dr. Chapman wanted every creature that had hitched a ride across the ocean on a huge dock ripped from its moorings in Japan’s 2011 tsunami scraped off, bagged and buried beneath tons of sand. To be safe, workers took blow torches to the steel, foam and concrete dock, incinerating any organisms they might have missed.

That was in 2012. Now, as the Pacific Ocean’s currents and winds have shifted to winter patterns, the south-to-north flow that brought that first invasion of intrepid organisms is expected to hurl more tsunami debris—some still carrying live plants and animals native to Asia—onto beaches from Alaska to California and Hawaii. Some of those invaders, scientists like Dr. Chapman say, have the potential to extinguish native species, destroy fisheries and permanently alter ecosystems.

Thus the take-no-prisoners approach, except for samples to identify, in dealing with species such as North Pacific sea stars, Asian shore crabs or a handsome little fish with a menacing name, striped knifejaw. Those are just three of the more than 200 exotic and potentially dangerous species that already have arrived in the U.S. aboard tsunami debris.

That these creatures survived the journey across thousands of miles is still nearly incomprehensible to those who study invasive species.

“It was like a spaceship landed on the beach,” Dr. Chapman, an assistant professor of fisheries at Oregon State University’s Hatfield Marine Science Center in Newport, says of that first landing. “It was impossible except for one thing: It wasn’t.”

“The eyebrow raisers,” says a fellow scientist, James Carlton, “are always those species that could lead to severe economic or public health issues.”

Dr. Carlton, a professor of marine sciences at the Williams College campus in Mystic, Conn., and founding editor in chief of the journal Biological Invasions, leads a team of scientists studying the aquatic life that has arrived on North America’s West Coast clinging to tsunami debris.

Such a speedy and widespread distribution of species was considered all but impossible, given the vastness and violence of the world’s largest and deepest ocean. Scientists figured critters and plants would meet their demise by starvation or some other means at sea, far from their preferred habitats.

But in June 2012, that dock, one of four torn loose from the Japanese port of Misawa by the earthquake-caused tsunami’s 133-foot-high waves, washed up in Oregon. The 66-foot-long, 132-ton structure had bobbed near the Japanese coast long enough for local species to climb aboard, then tucked into the prevailing current and drifted east. When it landed 15 months later, it teemed with 1 1/2 tons of snails, barnacles, starfish and wakame, the seaweed used deliciously in miso soup, yet vilified as one of the world’s most invasive species.

Some animals and plants were dead on arrival. Others had reproduced en route. About 30% of the 265 species identified so far had never been seen in Oregon.

Judging from shells found on the beach, Dr. Chapman says, an estimated 60% of the biomass on the dock got knocked off as it came ashore. While some organisms that fell off were dead, he says others survived and may be establishing themselves along the West Coast.

Aquatic invasions have occurred for centuries, accelerating with global shipping traffic. Vessels routinely carry exotics in ballast water. On average, a new species is introduced to San Francisco Bay every 14 weeks, Dr. Chapman says, and in the Mediterranean, a newbie arrives almost every week. Many die. Those that survive threaten ecosystems and food sources, replacing useful, potentially edible species with those that might prove destructive.

Wayward species often travel the seas naturally, say, aboard a fallen tree that floats away. Land snails, for instance, somehow got to Hawaii. But Dr. Carlton says such rafting happens so rarely and slowly a scientist likely would never witness it in his or her lifetime.

In the case of the 2011 tsunami, the signature difference is that much of the rafting has been done on human-made debris. “Species find themselves on rafts that are not dissolving under their feet,” Dr. Carlton says. “This is a fascinating test. How long could you survive if your boat is not biodegradable?”

The Japanese government estimates that the tsunami, in which more than 16,000 people lost their lives, caused about 5 million tons of debris to be sucked into the sea. About 70% of that sank, it says.

Working with state and local partners, the U.S. government has tried to track how and where the rest moves. Peter Murphy, with the National Oceanic and Atmospheric Administration, says mariners, pilots and beachcombers first noticed “high windage, high floatage” items such as buoys, plastic bottles and polystyrene foam. Bigger, heavier stuff came next: fishing skiffs common in Japan, including one carrying striped knifejaw fish; lumber likely from Japanese buildings; and the Misawa docks, one that landed in Oregon and another that beached in December 2012 west of Seattle.

Washington, the nation’s largest producer of hatchery-reared and farmed shellfish, wanted to contain the dock’s potentially invasive passengers. “You just don’t know which ones are going to explode and become harmful,” says Allen Pleus, the state’s aquatic invasive species coordinator. Workers dismantled and removed the dock but not before scraping off the organisms clinging to it and burying them well above the tide line.

Some of the samples Dr. Chapman has bagged from the docks—labeled JTMD, or Japanese Tsunami Marine Debris—are stored in a fishy-smelling freezer outside Hatfield’s Marine Bioinvasions Lab. Thousands more float in jugs of alcohol or formalin.

Dr. Chapman says small items are still washing up on the U.S. shore. The biggest thing reported recently, in late December, was the trunk of a tree, which researchers suspect came from Japan, he says. It could take decades to determine which tsunami-launched species may have established themselves along North America’s coast, he says. “We don’t want to stop looking,” he says.