A Natural Classroom, Run by Wolves 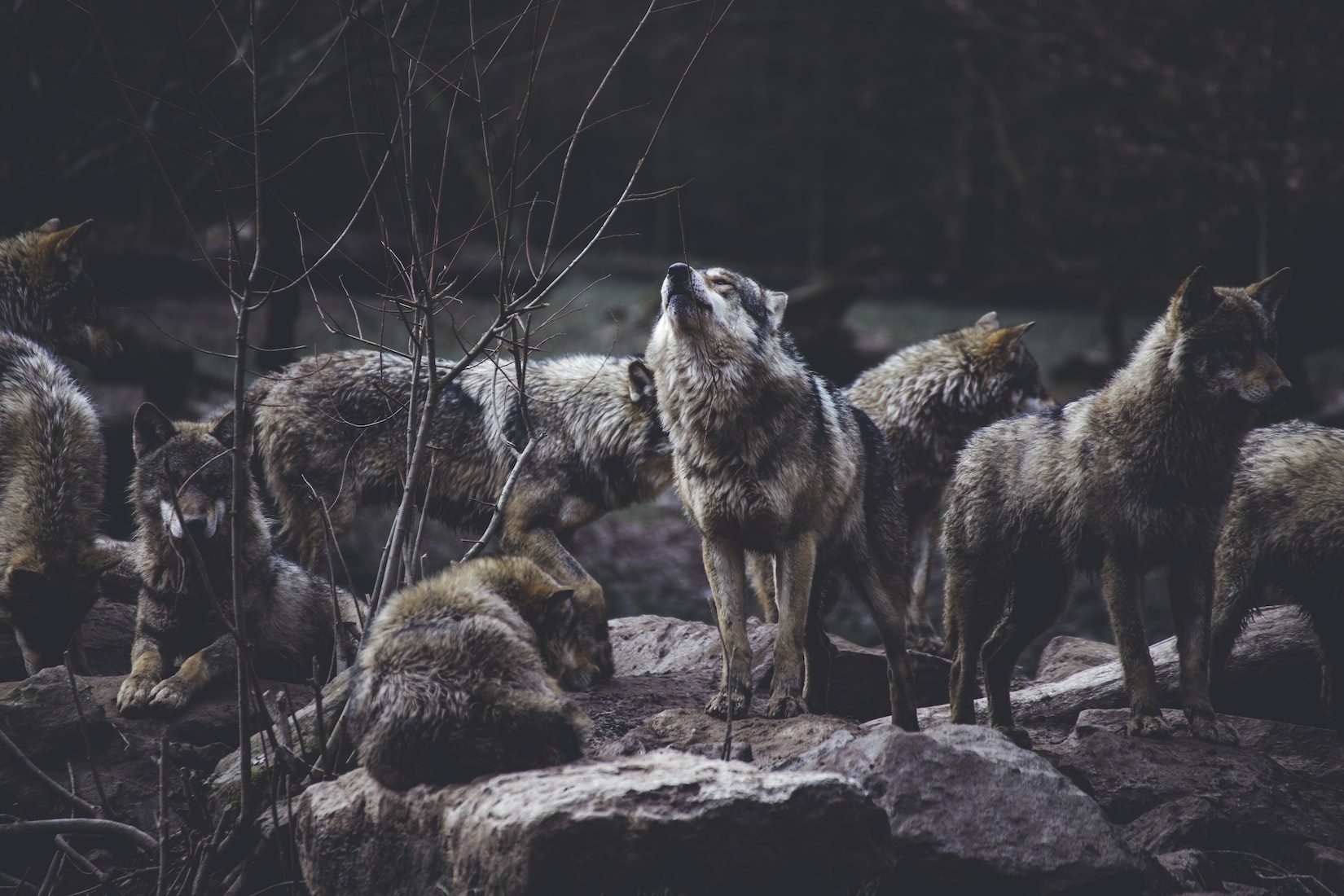 Wolf reintroduction to Yellowstone has been a scientific and tourism bonanza.

NOTE: this article was originally published to NYTimes.com on March 27, 2020. It was written by Jim Robbins. Mr. Robbins, a longtime contributor to The Times, is based in Helena, Mont.

Twenty-five years ago this month, 14 wolves from Canada were released into an ocean of elk on the rugged sweep of sagebrush steppe and pine forest of Yellowstone National Park to see what would happen.

The new wolves immediately set to out doing what they do best, hunting prey. What has unfolded since is a remarkable, continuing ecological and social drama that has changed the way biologists think about predators and the animals they stalk. It has also transformed parts of the nation’s oldest national park, redeemed the image of wolves in the popular imagination and inspired similar wildlife experiments around the world.

Wolves were erased from the park and the rest of the Northern Rockies in a sustained campaign of shooting, poisoning and trapping in the early 20th century. They were regarded as vermin, hated by ranchers fearful for their livestock and by hunters and outfitters worried about deer, elk and other quarry. Some of that enmity remains.

But, thanks largely to the wolf’s reintroduction into Yellowstone, their reputation has swung from scourge to savior, at least among some, as biologists have come to understand the wolves’ role in maintaining the park’s ecological balance.

What distinguishes the return of the wolf to Yellowstone more than anything else, though, and came as a surprise to researchers and park managers, is that the daily lives of the wolf packs are on full display for scientists and visitors alike from the main road that crosses through the park’s northern range in the wildlife-rich Lamar Valley.

Wolves can be seen loping through sagebrush forest filled with elk, or surrounding a stubborn bison standing its ground for hours in knee deep snow. The personalities of some of the wolves have proved magnetic, and their exploits have been widely shared on social media by legions of wolf watchers who congregate in the park, cameras and binoculars in hand.

“It’s a huge National Park Service success story,” said Douglas W. Smith, who came to Yellowstone in 1994 to oversee the return of the wolf and has been here since. “It’s carrying out our most fundamental goal: restoring and preserving nature. Without wolves it’s not restored, nor is it nature.”

Reintroducing the wolf to Yellowstone is arguably the world’s greatest wildlife experiment. The wolves’ progress has been documented meticulously by a team of hiking, driving and flying biologists and passionate volunteers — so much so that no wolf study comes close to yielding its abundance of information. The research generated has been distilled into a new book, “Yellowstone Wolves: Science and Discovery, ” assembled by three of the biologists who studied the wolves’ return.

“It’s the best place on the planet to view wolves,” said Dr. Smith. Elsewhere, wolf biologists must fly and canoe and hike into remote areas and sneak through forests to spy on wolves. In Yellowstone, says Dr. Smith, “I can drive out to watch wolves with a cup of coffee in my hand.”

At the time the first 14 wolves were released in 1995 (followed by another 27 wolves over the next two years), some 20,000 elk populated the park’s northern range, known as the Serengeti of North America for its profusion of wildlife. With few predators, elk had for decades gobbled up anything green that poked above ground. Today, the elk population totals 6,000 to 8,000. Wolves, at the same time, have made a full-scale return to the Northern Rockies. They now number about 1,500 in Montana, Idaho (where another group was released) and Wyoming, with 350 to 400 in and around Yellowstone. Outside Yellowstone, they can be hunted.

Some believe allowing wolves to be hunted makes their presence more acceptable. “A little blood satisfies a lot of anger,” said Edward Bangs, the retired U.S. Fish and Wildlife Service biologist who was in charge of reintroducing the wolves in 1995.

One theory that has emerged from studies here, though disputed by some biologists, is the “ecology of fear.” Research suggested that with the return of wolves, wary elk began avoiding places where they didn’t feel safe. Willow, aspen and cottonwood trees responded to their absence with a growth surge, benefiting beaver, grizzly bears, songbirds and other wildlife. Other biologists, including Dr. Smith, said that while vegetation has returned in some places, it’s not because of fearful elk, but because their numbers have been reduced. And, he said, the idea that wolves have somehow saved the park’s ecosystems has been exaggerated.

While wolves may not quite be the park’s saviors, far healthier numbers of predator and prey have resulted from their presence.

The wolves also brought a raft of surprises, adding important truths to our knowledge about the lives of an animal that probably engenders more hate and love — and mythology — than any other.

Gone is the guesswork about the private lives of wolves. “A road goes through the middle of the best wolf habitat,” said Dr. Smith. “People can see them make kills, they can see them mate, they see them interact with grizzly bears. People see them coming out of their holes as puppies for the first time, and watch them till the day they die. That’s unheard-of anywhere else.”

Among the discoveries: Yellowstone wolf researchers believe wolf packs, previously thought to be overseen by an alpha male, are actually matriarchies. Also, wolf personalities play a biological role. When a different alpha female takes over a pack, hunting and other dynamics change.

Biologists have also watched as packs raid the dens of rivals and kill their pups. “All the work done before has never turned up anything like that,” said L. David Mech, a research scientist for the U.S. Geological Survey who has studied wolves for 60 years. The wolf biologist Kira Cassidy has studied pack warfare and believes older wolves have wisdom that plays a critical role in deciding whether their pack attacks another.

Wolves also changed the lives of other wildlife. Dead elk are a jackpot, not only for the packs, but for myriad species. A wolf pack kills an elk every three days or so — biologists have documented 5,000 wolf kills — and the benefits of several hundred pounds of meat on the ground ripples through the ecosystem, feeding species from grizzlies to mice to ravens. The big bears, at the top of the predator hierarchy, appropriate many wolf-dropped carcasses as their own, feeding on them and commonly sleeping atop them for days, rousing to eat until they are meat drunk and then sleeping again.

The 10 packs in Yellowstone, among them the Crystal Creek, Rose Creek and the famed Druid pack, are canine empires, fighting for turf and vanquishing their enemies or being vanquished themselves. Like their human counterparts, they thrive for a while and then collapse, allowing a new pack to form.

Stories of some wolves are well known. “We’ve seen some remarkable personalities,” Dr. Smith said. Take the story of Wolf 21, who hooked up with Wolf 42. They mated and hung out in full view of the watchers.

“People thought 21 was a tremendous physical specimen and that he also had great wisdom and compassion,” said Dr. Smith. When 42 was killed by a rival pack, he said, 21 “went back to the place where he was last with her and howled and howled. No one thought that wolves mourned.”

For people who gather along the road here to watch the wolves and Shakespearean dramas unfold, it is an unparalleled glimpse into a wild world. Wolf watchers spend some $35 million a year in the Yellowstone area.

“This has been nothing short of a sensation for the public,” said Dr. Smith. “Wolves are real in a contrived world of stores, cars, roads and buildings. Wolves are real and people crave it, they love it. It touches them deeply.”

Yellowstone is “red in tooth and claw,” so real it is sometimes breath-stealing. Dr. Mech, the veteran wolf researcher, was taken aback one day as he and his students stood in a parking lot along the Lamar Valley road just before a class on wolves, chatting. A pack of wolves suddenly topped a nearby ridge, launching a surprise attack on a knot of quietly grazing of elk, quickly dropping and killing three of them.

“Class dismissed,” Dr. Mech told the class facetiously. “What could I possibly tell them after that?”

Jim Robbins, a longtime contributor to The Times, is the author, most recently, of “The Wonder of Birds: What They Tell Us About the World, Ourselves and a Better Future.”