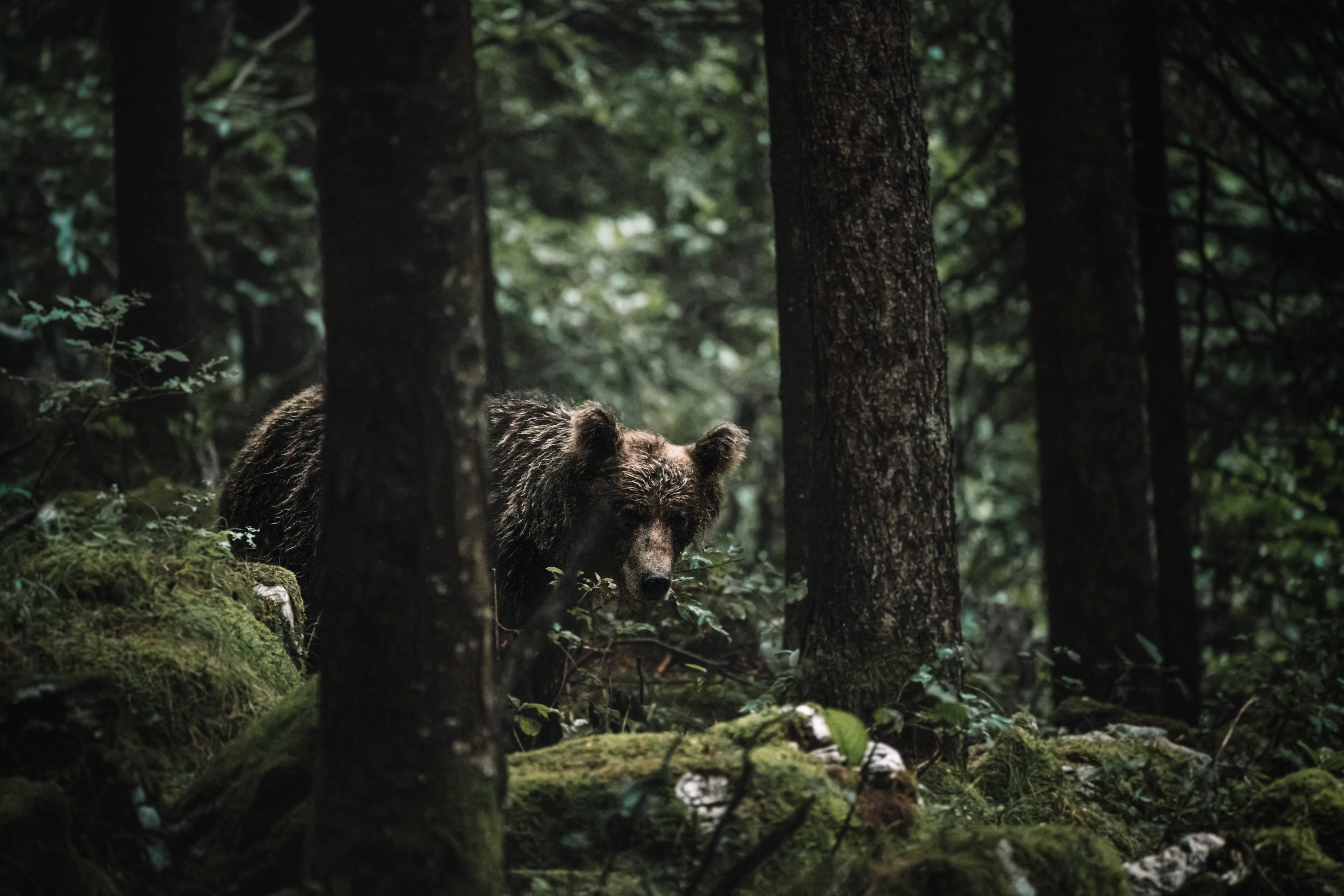 As discussed below, once a bear associates humans with food it will become dangerous. Eventually that bear will have to be killed.

Moderate hunting of bears makes them wary of humans. Fear of humans greatly reduces these conflicts. In this way, fewer bears are killed.

NOTE: this article was originally published to Washington Post’s Apple News Channel on July 19, 2022. It was written by Jonathon Edwards.

Leah Lokan’s death was ‘instantaneous’ after the bear broke her neck and severed her spinal cord, officials said

Early on July 6, 2021, Leah Lokan awoke to a 417-pound grizzly bear a few feet from her tent, so close that she heard when the bear “huffed” at her head.

“Bear! Bear!” Lokan yelled, prompting Joe and Kim Cole — two other cyclists camping in the small town of Ovando as they trekked across Montana — to spring from their nearby tent, armed with bear spray and clamoring as much as possible, according to a 26-page report addressed by the Interagency Grizzly Bear Committee’s executive body earlier this month.

After scaring it off, Lokan, a 65-year-old visiting from Chico, Calif., moved food out of her tent to a nearby building. She armed herself with a can of bear spray. She declined an offer to stay in a hotel for the night. Then, she and the Coles returned to their respective tents.

Lokan’s extra precautionary measures weren’t enough. The bear returned about an hour after the first encounter and mauled her to death.

A year later, wildlife officials said the bear that killed her had developed a “predatory instinct.” Although they couldn’t determine exactly how such an instinct evolved, food and toiletries inside and near Lokan’s tent, as well as the lingering smell of cooked food from July Fourth picnic celebrations, likely played a role.

“While foraging under the cover of darkness in Ovando, perhaps due to a simple movement made by the sleeping victim, or a certain sound made by the victim, the bear reacted,” the committee’s board of review wrote in their Jan. 4 report, which was discussed earlier this month during the executive body’s summer meeting. The 11-member review board included officials from Montana Fish, Wildlife and Parks; the U.S. Fish and Wildlife Service; and the U.S. Forest Service.

Such predatory behavior is rare, even though many of the black and grizzly bears living in the contiguous United States exhibit a certain degree of habituation, officials said in the report. To survive, bears have to be “non-reactive” to people if they want to take advantage of “the rich low elevation habitats that are dominated by humans.”

And most do, despite becoming “mildly food-conditioned” by occasional encounters with unnatural food sources such as garbage, grains and bird feeders, the report said.

By July 2021, the bear that killed Lokan had gone beyond “non-reactive.”

Lokan had been riding with her sister and their friend in the Tour Divide, an annual bike ride along the Great Divide Mountain Bike Route, a roughly 2,700-mile span that starts in Alberta, Canada, and ends at the U.S.-Mexico border in Antelope Wells, N.M.

Ovando, a town of fewer than 100 in the western part of the state, is a popular oasis along the ride, according to the report. Thousands of cyclists stop in town during the summer to eat, camp for the night or stay in a hotel.

Around 4:05 a.m., the Coles were awakened once again. But this time, it wasn’t Lokan’s shouting that roused them but the sound of the bear attacking her. Joe Cole unzipped their tent and roared in an effort to scare it off. His wife joined in by blowing a whistle. Emerging from the tent, the Coles saw the bear “pouncing up and down” on Lokan and her tent. Joe Cole advanced as he doused it with bear spray.

“The bear made eye contact with Joe, then averted its head as they approached closer, turned, and left,” the report states.

Although officials credited Cole’s “aggressive response and action” with once again scaring off the bear, the damage was done. Emergency workers found “no obvious signs of life” while treating Lokan. Officials would later determine that her death was “instantaneous” after the bear broke her neck and severed her spinal cord. The medical examiner noted that she also had severe cuts to her head, neck, shoulders and back.

The grizzly eluded wildlife authorities for days as reports came in of a bear pillaging chicken coops, raiding garbage cans and killing deer. But just after midnight on July 9, agents with the U.S. Department of Agriculture Wildlife Services shot the bear five times, killing it. Subsequent DNA tests confirmed it was the bear that had attacked Lokan.

In their report, officials issued several recommendations for campers in the wake of Lokan’s death. They encouraged people to keep food or anything with a scent, such as toothpaste or lotion, far away from tents; to pitch tents at least 100 feet from where food has been cooked; and not to return if a bear comes near an occupied tent.

Investigators found a nearly empty can of bear spray inside Lokan’s tent and evidence she’d used it during the attack. In the report, officials said Lokan’s family had suggested that manufacturers add whistles to bear-spray cans that would sound when someone pulls the trigger. The noise would serve two purposes: to alert others of danger and further harass the bear.