A Beginner’s Guide to Buying a US Ranch 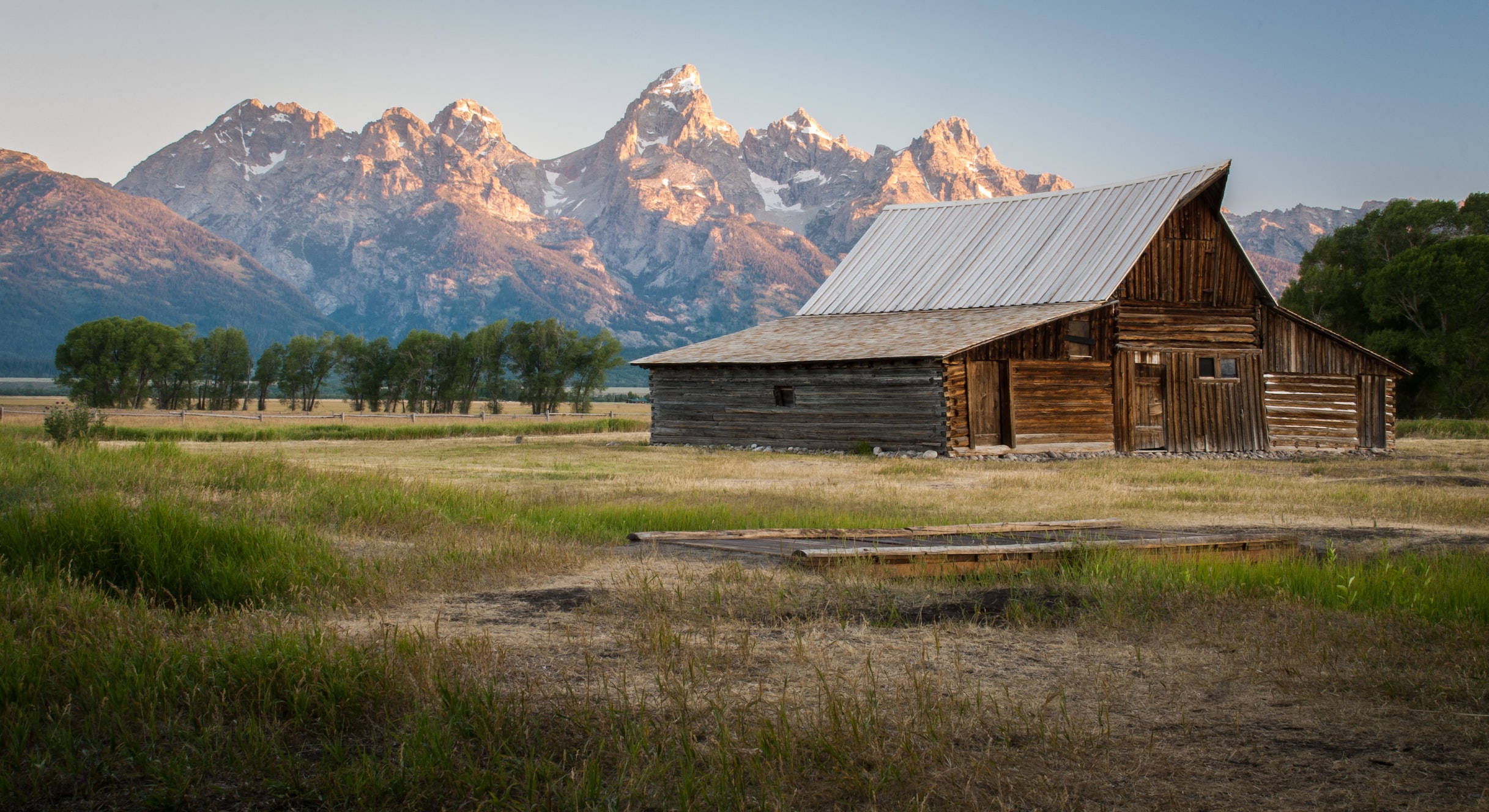 Here is a British financial analyst’s take on U.S. ranch ownership, which gets it partly right.

While most ranches don’t produce annual cash returns that remotely reflect their market value, that doesn’t make them poor investments. This is also true of many kinds of commercial and residential real estate. Ranches (as well as commercial and residential real estate) can be much better investments than stocks or bonds, depending on what on what the owners do with them.

Most ranches’ market value comes more from recreational and ecological features than agricultural production value. Landowners can best increase their land’s value by improving the health and vigor of the habitat and the wildlife it supports.

Holistic ranching is an important tool to add value. In the value-add process (and many holistic managers miss this part), it’s important that all improvements are designed to appeal to the “amenity users” who will someday pay top dollar for the ranch.

Owning a ranch is a big responsibility and a lot of work. The dividends are untaxed appreciation—and a lot of fun. And if the ranch is managed to build wildlife populations, improve habitat and create “romance,” there is every reason to expect a big payday if and when the owners decide to cash out.

NOTE: this article was originally published to FinancialTimes.com on June 7, 2019. It was written by A.K. Thompson.

For a certain type of US executive — typically white, typically male — to own a huge slice of rural America is to realise a childhood dream. For most, it turns out to be a costly pursuit.

Nevertheless, these “outsider” ranchers are now the majority of buyers, according to a number of rural land brokers. “Not many people who ranch for a living buy ranches any more,” says Sam Middleton of Chas. S. Middleton & Son, a Texas-based brokerage. “The typical buyer is someone who made their money through some other source.”

Ken Mirr of the Colorado-based Mirr Ranch Group adds: “The largest pool of our clients are high-net-worth individuals who have that ‘go west, young man’ attitude.”

Rural land values across the US have been rising steadily since 2010. In Texas, the home of cattle ranching, average land prices reached $2,779 per acre last year, compared with $1,807 in 2010, according to Texas A&M University’s Real Estate Centre. And it is nothing to do with their productivity.

“The delinking of agricultural income and land prices started a long time ago,” says Charles Gilliland, research economist at Texas A&M University. “Ranchers still buy land but they are in competition with recreational users, who have been driving prices for some time.”

The first question would-be ranch owners have to ask themselves concerns location. Beyond finding appealing landscapes and working out how long it would take to travel between primary residence and ranch, potential buyers also have to be clear about the sort of wildlife they want on their property.

“Are you OK with predators, such as grizzly bears and wolves?” says Ben Pierce of Montana-based Sweet-water Ranches, which helps buyers find their ideal property. Pierce says that one client clarified that they did not care for rattle snakes — but only after buying a property with rattle snakes in abundance.

Outsider ranchers can forget about turning a profit — most do not, agents report. Ranches are simply another thing rich people can spend their money on, says Alex Maher, president and founding partner of Live Water Properties, a Wyoming-based brokerage.

Instead, buyers should content themselves with a more fundamental benefit. James Taylor of Montana-based property company Hall and Hall, calls it “a psychic return”.

“You are not going to make much of a cash return but you go and spend the summer and the fall, you have a horse, you go out and work cattle and you experience the pleasure of seeing the calves being born” he says. “It’s the process of nature.”

That “psychic return” is what motivated Jim Finley, who worked in the oil and gas industry, to take the plunge in 2006. “I wanted to allocate some money to something meaningful to my passion of fly fishing,” he says. “I wanted to buy something that I considered to be top of the top in terms of live water, blue-ribbon fishing property.”

The result was the High Lonesome, a 12,500-acre ranch near Daniel, Wyoming, whose running — or “live”, in ranch jargon — water comes directly from the neighbouring national forest. “I have no threats to water in my creek being claimed by someone else,” says Finley. “You have to understand the water rights of your land — but also those of the people around you.”

If Finley had bought his ranch in Montana, he might have been in for a surprise: unlike Wyoming or Colorado, where you own the river bed, the public can fish anywhere on private land as long as they are standing below the high-water mark.

Rules of that kind can quickly turn the excitement of buying a ranch into a Kafkaesque exploration of state property rules, regulations and practices. As Mirr says: “If you don’t understand water rights, how they are deeded and all the obligations, you can get yourself out of your comfort zone and into trouble real quick.”

In theory, cattle ranching can provide annual gross yields of 5 per cent of the purchase price, says Middleton. But it can also prove a complicated business — and he warns that profits might not stretch to a competent ranch manager, who could charge $150,000 a year.

In California, Christie’s International Real Estate is selling a 50-acre ranch with a four-bedroom house with interiors designed by Arthur Elrod for $24m.

If you don’t understand water rights, you can get yourself into trouble real quick

In Wyoming, the same agent is selling an 8,000-acre ranch with a year-round cattle operation and a 10-bedroom house for $19.95m.

Finley of the Wyoming High Lonesome Ranch got rid of his cattle within three years of buying the property. “A lot of wealthy guys that buy ranches are buying into the cows and losing money,” he says. “I decided that one of my life-long goals was to own a ranch and not have any cattle on it.” Instead, he grows hay, which still helps to reduce property taxes by qualifying for agricultural-use tax rates.

Mineral rights are a potential headache because the minerals are usually the dominant estate in most US western states, which means that the owner of the minerals below the surface has the right to extract them after paying nominal compensation to the surface owner.

“Don’t buy a ranch where someone doesn’t want to let go of the minerals,” warns Taylor of Hall and Hall. “You might end up with someone coming on your land to get them, and you don’t want an oil field, much less an open-pit coal mine.”

The rules on hunting — which, in the past few decades, has been a principal driver of wealthy outsiders buying ranches — are just as daunting. In Texas, many ranches have so-called “high fences”, which corral the animals on the land, making it possible not only to hunt more easily but also to breed exotic animals for hunting. But in other states, obtaining hunting licences for the wildlife on your property can be problematic, says Mirr. “Animals migrate in the west and so they are treated as public, while ducks and geese carry federal rules because they fly over states,” he says. “You can own thousands of acres and the government can say, ‘you can’t hunt that particular animal’ .”

About 25 miles from Driggs in Idaho, Live Water Properties is selling a 2,200-acre ranch with a nine-bedroom lodge, pheasant shoots and hunting for elk and mule deer for $12m.

There are other considerations to buying a ranch, such as what percentage of the land is deeded — or privately owned — and what percentage is leased from the state or federal government, which carries the risk of public access as well as losing the leasehold. Access to your ranch can be problematic, with some ranches only being accessible via an easement over a private property.

Ultimately, though, says Taylor of Hall and Hall, it boils down to becoming an owner of a finite resource. “You can buy all the condos and shopping centres that you want but you can’t make any more land,” he says.

For the truly ambitious, T. Boone Pickens’s 65,000-acre property is still for sale outside Pampa Texas. The oil tycoon’s ranch, which includes its own chapel and airport, was listed last spring for a price tag of $250m.

Do the dude thing

Fed up with the office cubicle? Why not spend the weekend at a dude ranch, a holiday retreat that allows guests to ride horses, catch fish, learn how to lasso things and generally act like a real-life frontiersman, writes George Steer.

Colleen Hodson, executive director of the Dude Ranchers’ Association, says the appeal can be summed up in the “six H’s” — horses, hats, hospitality, heritage, honesty and heart. “It gives families the opportunity to unplug and reconnect with each other in some of the most beautiful places on earth,” she says.

The popularity of dude ranches picked up after the release of 1991 film City Slickers, Hodson says. Ever since Billy Crystal swapped his job in radio advertising for the cattle ranches of New Mexico, dude ranches have been popular with anyone seeking to reconnect with nature.

Today, the DRA has more than 100 affiliated ranches across the US, with prices starting at $400 per night. When selecting which ranch is right for you: “Riding should be your first consideration,” according to the DRA. After all, “Nothing beats a few hours spent with a horse, man’s best therapist.”