Groups Call for Reintroduction of Jaguars in US Southwest 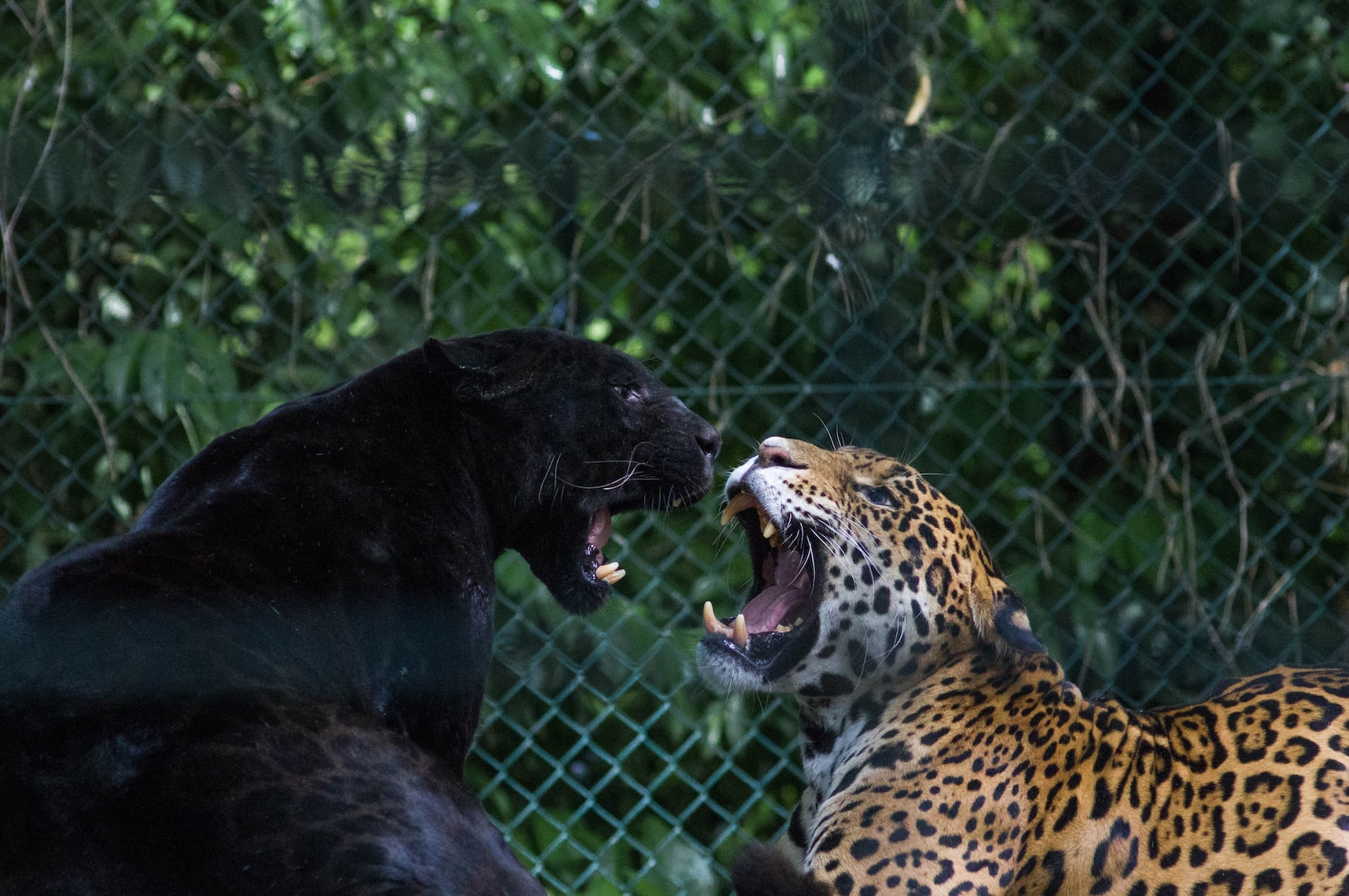 As described in the article below, advocates of jaguar restoration “contend that reintroducing the cats is essential to species conservation and restoration of the region’s ecosystem”.

The advocates are correct. Habitat and wildlife restoration cannot be restored until we increase the numbers and species of prey (including wild horses) and these must be controlled by predators. These in turn improve habitat.

But to succeed, the ecological and wildlife objectives must be pursued in a manner that places equal importance on the people who will be living alongside these cats, and their livelihoods.

NOTE: this article was originally published to APNews.com on May 16, 2021. It was written by Susan Montoya Bryan.

In a recently published paper, they say habitat destruction, highways and existing segments of the border wall mean that natural reestablishment of the large cats north of the U.S.-Mexico boundary would be unlikely over the next century without human intervention.

Jaguars are currently found in 19 countries, but biologists have said the animals have lost more than half of their historic range from South and Central America into the southwestern United States largely due to hunting and habitat loss.

Several individual male jaguars have been spotted in Arizona and New Mexico over the last two decades but there’s no evidence of breeding pairs establishing territories beyond northern Mexico. Most recently, a male jaguar was spotted just south of the border and another was seen in Arizona in January.

Scientists and experts with the Wildlife Conservation Society, the Center for Landscape Conservation, Defenders of Wildlife, the Center for Biological Diversity and other organizations are pointing to more than 31,800 square miles (82,400 square kilometers) of suitable habitat in the mountains of central Arizona and New Mexico that could potentially support anywhere from 90 to 150 jaguars.

They contend that reintroducing the cats is essential to species conservation and restoration of the region’s ecosystem.

“We are attempting to start a new conversation around jaguar recovery, and this would be a project that would be decades in the making,” Sharon Wilcox of Defenders of Wildlife, one of the study’s authors, said in an interview. “There are ecological dimensions, human dimensions that would need to be addressed in a truly collaborative manner. There would need to be a number of stakeholders who would want to be at the table in order to see this project move forward.”

Under a recovery plan finalized by the U.S. Fish and Wildlife Service, Mexico as well as countries in Central and South America are primarily responsible for monitoring jaguar movements within their territory. The agency has noted that the Southwestern U.S. represents just one-tenth of 1% of the jaguar’s historic range.

Environmentalists have criticized the plan, saying the U.S. government overlooked opportunities for recovery north of the international border.

While the recovery plan doesn’t call for reintroductions in the U.S., federal officials have said efforts will continue to focus on sustaining habitat, eliminating poaching and improving social acceptance to accommodate those cats that find their way across the border.

The habitat highlighted by the conservation groups is rugged and made up mostly of federally managed land. They say it includes water sources, suitable cover and prey.

Fish and Wildlife Service biologists have yet to review the latest study, but such a proposal would likely face fierce opposition from ranchers and some rural residents who have been at odds with environmentalists and the Fish and Wildlife Service over the reintroduction of Mexican gray wolves. That program has faced numerous challenges over the past two decades and while wolf numbers are trending upward, ranchers say so are livestock deaths.

Jaguar advocates said losses could be mitigated through compensation programs like those established as a result of the wolf program.

Then there’s the question of where the jaguars would come from. Advocates say a captive breeding program could be developed over time and jaguars from existing wild populations could be relocated.

Wilcox said there are many factors — some understood and others still being studied — that influence the movement of jaguars.

“But this is a vast area with suitable vegetation,” she said. “It’s populated with the right kind of prey for these cats and given its elevation and its latitude, it might provide an important climate refugium for the species in the future.”