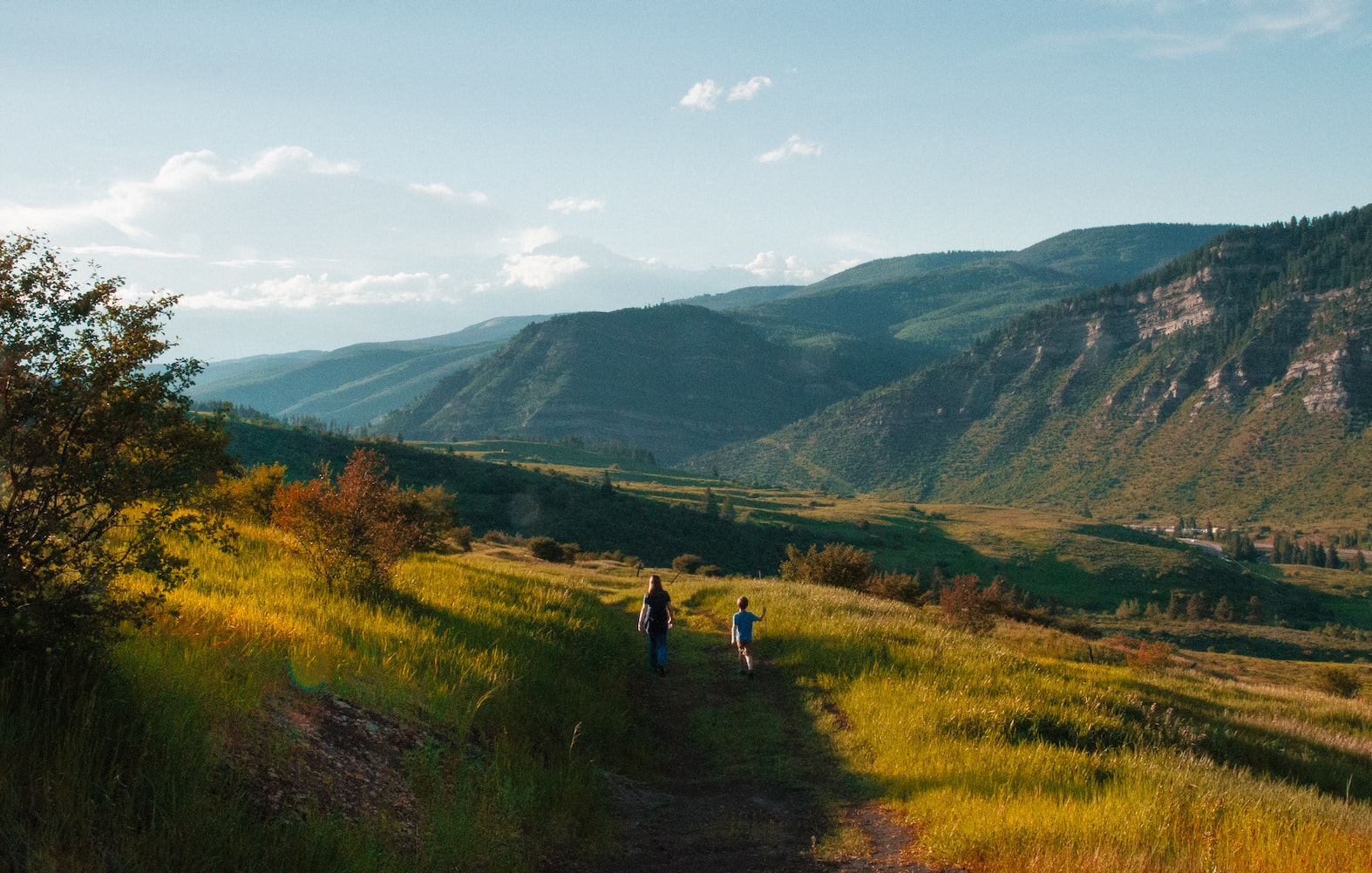 Silvopasture (in Latin, silva means forest) is the practice of combining woodland (trees) and the grazing of domesticated animals in a mutually beneficial way.

Specific silvopasture benefits are discussed below.

NOTE: this article was originally published to GreenBiz.com on August 4, 2018, 2019. It was written by Steve Gabriel.

In addition to the range of benefits silvopasture offers to individual farms, this practice also brings a number of promising benefits to the larger society and global community.

In addition to the range of benefits silvopasture offers to individual farms, this practice also brings a number of promising benefits to the larger society and global community. These can provide good incentives for government, industry and society to better support and encourage silvopasture as a practice. 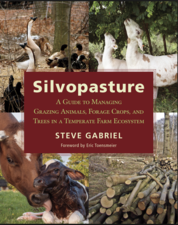 Farming itself is largely responsible for the fragmented chunks of forest and hedgerows we see littering the rural landscape today. Silvopasture can erase the stark line that is so often drawn between field and forest. Lands lack structural diversity, which is critical for birds and migrating animals. Ideally, we need grasslands, shrublands and deep forests to support the widest range of species. The inclusion of silvopasture into the farm landscape can greatly enhance the structural diversity of vegetation, which in turn supports a greater diversity of wildlife.

In bird habitat ecology, the practice is called habitat connectivity. The goal is to reconnect the remnants of habitats that are still intact, whether you’re looking at a suburban development or rural farmscape. One strategy is to identify three types: patches; stepping-stones; and corridors. A patch is a substantial section of habitat, and will serve as major residencies for wildlife, whereas stepping-stones are small chunks of connective patches, and corridors are long stretches that connect patches.

Silvopasture can be used as a tool to facilitate this connectivity. And it doesn’t just benefit the birds. Native pollinators, soil biology and many other animals also benefit.

Mitigation has to do with reducing emissions and especially sequestering carbon, which is the process of removing CO2 from the atmosphere, thereby reducing the impact of change. Eric Toensmeier’s work, along with that of a team of researchers and scientists in the book “Drawdown,” finds that silvopasture is likely one of the top climate-saving forms of agriculture available. In essence this is because such systems use both aboveground (trees) and belowground (roots) storage of carbon, and can help build healthy, carbon-rich soils. Another critical point is that, while there are definitely carbon benefits to establishing trees in pasture, it’s likely that many forms of converting existing woodland to silvopasture may have a negative effect on emissions.

3. Addressing the need to feed  a growing population on less land

At the meta level, the agricultural challenge of our time is often described as the need to grow more food, on less land, within the context of a changing climate. In many respects the Green Revolution set out to do this, albeit without taking into account the climate change factor. The problem is that increasing tillage led to rapid soil erosion; increasing use of fertilizers and pesticides polluted waterways and people; and technologies such as genetic engineering fell short of the stated goal of reducing the impacts of industrial agriculture.

This “feed the world” paradigm is actually riddled with issues. Yet some organic methods, and the growing interest in regenerative agriculture approaches, indicate that a number of healthy environmental indicators can be improved while at the same time producing crops. Seen in this light, farmers can be stewards of ecological restoration, which would lead us to want to have farming happen on more land, not less. And silvopasture offers one of the most compelling forms of regenerative agriculture, with proven benefits to land and people.

Some organic methods, and the growing interest in regenerative agriculture approaches, indicate that a number of healthy environmental indicators can be improved.

So we might do better to phrase the global need as:

Silvopasture definitely has a role to play in this scenario, as animals are a renewable resource that can support land restoration, keep forests in place, and provide real food and livelihoods for people.

4. A shift from factory-farmed meats

Livestock have been blamed for major contributions to greenhouse gas emissions, and rightly so. Of course, it is not the animals’ fault, but rather our inability to manage livestock with good methods. Chances are that if you eat meat, the animals were raised in confinement and fed grain as their main food source.

So what is an alternative? At the simplest level we might call it ecosystem-farmed meats — a system in which we take into consideration not only the animals, but the plants and soil, too. It would include:

Silvopasture is arguably one of the highest forms of ecosystem farming. It combines all the aspects above, and especially diversifies the plant contributions to the system, which offers all sorts of benefits to the whole. Rather than clearing forests to grow corn and soy to feed animals in confinement, we are restoring forests while growing good forages to feed animals, who live a natural existence on pasture.

The fifth leg of the wide view of the benefits of silvopasture is how such production affects human health. The research is not something specific necessarily to silvopasture, but to good pasture-based livestock farming. One research review that compiled work from three decades found that grassfed beef had a “more desirable lipid profile” (good cholesterol) as well as higher precursors for vitamins A and E, and more amounts of cancer-fighting antioxidants. Pasture-finished beef is also notably higher in omega-3 fatty acids while having a lower fat content.

Consumers are showing a preference for grassfed beef, as it has seen a growth in demand of 25 to 30 percent a year in the last 10 years. If more consumers link the way meat is raised with their health — and ecosystem health — they can do a lot to support more growth in the practice. Perhaps someday a “silvopasture-raised” or “tree-friendly” label will exist alongside “grassfed.”

All these aspects combined result in the reinvigoration of consumers and markets to a fundamental truth: People want to know where their food comes from, and they are willing to support that by paying a higher percentage of income for food. Ultimately a label is no substitute for knowing a farmer and being able to learn directly how he or she approaches raising livestock. As farming continues to shift from larger commodity crops to smaller, diversified farms across the United States, what is becoming more important than price is the individual story of a farm and its products.

The rise in demand for grassfed and pasture-raised meat indicates that, increasingly, our society wants to see animals grazing and foraging outdoors, on the land. Yet challenges abound, as a market trend inevitably catches the eye of the industrial players who want their share of the pie, but only if it means being able to produce food on their terms. This can lead to watered-down standards and must be carefully monitored.

The rise in demand for grassfed and pasture-raised meat indicates that, increasingly, our society wants to see animals grazing and foraging outdoors, on the land.

And while the growth in consumer interest is certainly promising, we have to recognize that the choice to spend more money and support local foods is one of privilege. Small farmers often seek out niche and specialty markets that are only accessible to wealthier people. These problems also relate to institutionalized racism, which permeates the food system as much as every other sector of society.

And while many look to government and institutions as the problem, it also hits home at the community level, where farmers markets are predominantly “white” spaces, and white people make up the vast majority of new farmers entering the business, due in large part to the need for land access and capital to start a farm. Systemic barriers prevent people of color and the poor from getting access to nutritious, high-quality food as consumers, and to opportunities to farm as well. These are issues that cannot be ignored at the food systems level, no matter what the scale of production. We are all involved.

Both farmers and food policy advocates need to be aware of the issues and find ways to address them from their role in the overall food system. At the end of the day, silvopasture is a wonderful system for the land, but the food needs to be also wonderful for the larger society. This means that, at least at this point in time, farming is as much a cultural and social act as an environmental one.