Bison Create Their Own Green Up 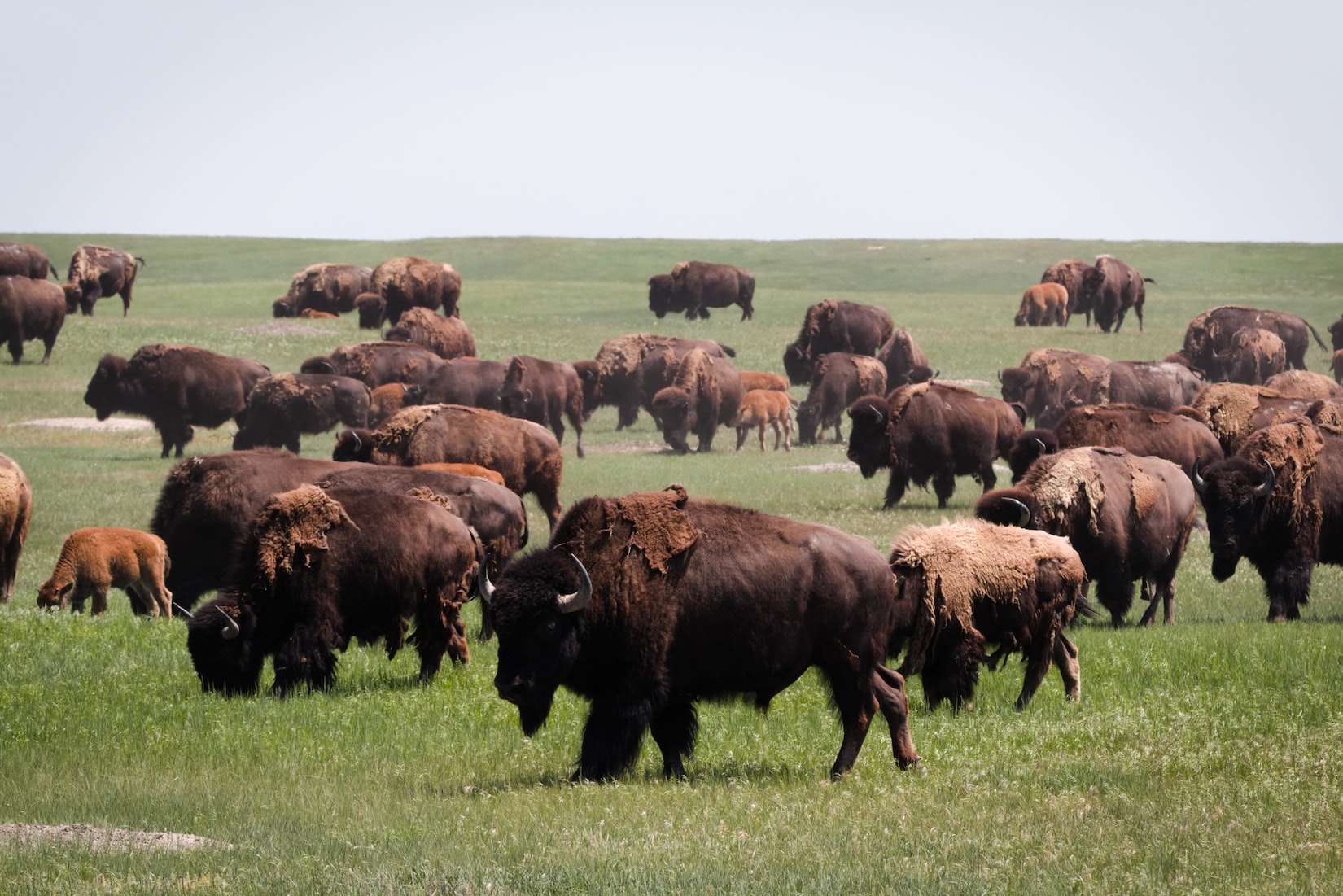 The article below confirms a central insight of holistic planned grazing: That cattle, when managed to mimic bison herds, are very beneficial for habitats. Quoting the authors:

“For many years, ecologists around the globe have recognized that species such as bison and wildebeest aggregate in large groups and intensely graze, which creates “grazing lawns,” essentially areas where heavy grazing along with fertilization from urine and dung deposition stimulate near-continual new plant growth.”

“The mowed-down forage had higher ratios of nitrogen to carbon, a standard measure of nutritional quality. And the green-up was earlier, faster, more intense and lasted longer.”

NOTE: this article was originally published to OnPasture.com on January 20, 2020. It was written by Kathy Voth.

Thanks to the University of Wyoming for this article.

On a typical June day in Yellowstone, it’s not unusual to see hundreds of bison grazing in the Lamar Valley. The herds appear to aimlessly move back and forth through meadows threaded by a winding river, just passive figures in an idyllic scene. But, as it turns out, that’s far from the full picture.

In fact, with every blade of grass that bison bite off and swallow, they are fundamentally manipulating the landscape to maintain the best forage for themselves. They even change the way spring green-up occurs in Yellowstone’s vast grasslands.

Without bison moving freely on the landscape, the springtime season of plant growth in Yellowstone would be shorter, the habitat would not be as green, and the grasses would not be as nutritious.

Remarkably, that allows bison to migrate differently than other species.

When bison move to higher elevation by mid to late summer, the herd’s small army of hooves and hungry mouths causes the grasslands to revert to earlier stages of plant growth. In effect, the bison graze with such intensity that they turn back the clock on forage green-up, hitting reset on springtime.

The effect of bison on Yellowstone’s plant growth is so strong that sensors on NASA satellites can detect from outer space how grassland dynamics differ between areas that are lightly or heavily grazed. Where Yellowstone bison congregate, plant green-up is different, and it’s not some fluke of local weather — the bison and their intense grazing are the cause.

The discovery that bison engineer the range to their benefit arose through research by a team led by Yellowstone National Park scientists Chris Geremia and Rick Wallen. They worked in partnership with biologists at the University of Wyoming, the University of Montana and the U.S. Geological Survey.

The team wrote a paper, titled “Migrating bison engineer the green wave,” published in Proceedings of the National Academy of Sciences.

“We’ve been studying bison in Yellowstone for over a century, but this idea that bison set the terms of springtime, through their movements and grazing, was something that’s never been confirmed before in Yellowstone — or anywhere else,” says Chris Geremia, lead bison biologist for Yellowstone National Park.

For many years, ecologists around the globe have recognized that species such as bison and wildebeest aggregate in large groups and intensely graze, which creates “grazing lawns,” essentially areas where heavy grazing along with fertilization from urine and dung deposition stimulate near-continual new plant growth.

Repeatedly grazing an area keeps it growing, like a mower clipping a golf course. But most previous studies had only quantified this effect at relatively small scales.

The findings are a result of years of research on Yellowstone bison by Geremia and his Yellowstone colleague Rick Wallen, who deployed GPS collars to track the bison migration, while also establishing field experiments to evaluate grazing intensity. For 13 years, the team tracked migrating bison across the park and quantified their foraging habits, taking detailed measurements on plants as the experiments played out. They also collected and analyzed many samples of bison dung.

“The data showed that grasses heavily grazed by bison were more productive compared to exclosures where bison where not allowed to graze,” says Matthew Kauffman, unit leader of the U.S. Geological Survey’s Wyoming Cooperative Fish and Wildlife Research Unit at UW. “The mowed-down forage had higher ratios of nitrogen to carbon, a standard measure of nutritional quality. And the green-up was earlier, faster, more intense and lasted longer.”

Grazing effects on broad-scale patterns of the green wave. (A) Bison created massive grazing lawns, which are larger than most fenced bison preserves in North America, as they migrated across the (B) extensive Yellowstone grasslands. Greenness of 25- to 30-ha grasslands encompassing grazing experiment sites changed with decadal shifts in bison grazing intensity. (C) When bison grazing was more intense, vegetation greened up earlier, more intensely, and for a longer duration, as measured by NDVI and IRG. (D) More intense grazing also elevated net aboveground production. In C and D, blue and yellow lines show model predicted NDVI for the same grassland under high and low bison grazing. Gray lines show spline-fitted NDVI curves for grazing experiment sites during 2005 to 2015. (E) At small scale, vegetation conditions outside exclosures were kept in an early phenological stage even late in the growing season. Figure and pictures from “Migrating Bison Engineer the Green Wave.”

One of the key findings of the study is that all of this intense grazing by bison actually shapes how they migrate in spring across the Yellowstone landscape.

With the ability of wildlife researchers to closely track migratory movements, evidence has steadily grown over the last decade to support the notion that migrating ungulates (hooved mammals) “surf the green wave” of sprouting plants. Mule deer and elk, for example, have been shown to closely choreograph their spring movements so they are always in sync with spring green-up, allowing them to continuously access the most nutritious, newly emerging plants.

A key objective of the study was to evaluate how well bison surfed the green wave. The researchers found that they didn’t do it very well.

Instead of following spring up to higher elevations, bison stopped about two-thirds of the way along their migration and let the wave of spring green-up pass them by. But, remarkably, because their stopping over allowed them to create profitable grazing lawns as an alternative, they maintained high-quality diets despite being mismatched with the broader patterns of green-up.

That finding sets bison apart from other North American ungulates such as mule deer, pronghorn or even elk that must closely time their migrations up to higher elevations at the whim of the green wave, which is dictated by temperature, precipitation and snowmelt.

For a species such as mule deer, where forage quality is determined solely by the progress of spring, they are “slaves to the green wave.” They must follow it closely to gain the full foraging benefit of migration. This helps explain why mule deer have epic migrations in the American West, topping out at more than 200 miles one way.

Put another way, following the wave of green-up is really important to mule deer, but their grazing is not important to the wave itself. That changes when you have 1,000 bison all grazing across the same grassland. As the title of the paper suggests, bison grazing in large aggregations engineer the green wave.

“We knew that bison migrated, we figured they followed the green wave, but we didn’t know that their influence on the landscape could affect the entire way that spring moves through the mountains and valleys of Yellowstone,” says Jerod Merkle, the Knobloch Professor in Migration Ecology at UW.

“They are not just moving to find the best food; they are creating the best food,” Merkle says. “This happens because bison are aggregate grazers that graze in groups of hundreds, or more than a thousand animals.”

The findings raise the question of what these dynamics might have looked like in the past, before European settlement, when tens of millions of bison roamed North America. Grassland productivity and the very dynamics of the grasslands when occupied by countless bison would have been radically different than in the grasslands of today.

“Today there is growing effort to restore bison to habitats they once roamed,” Geremia says. “As we seek to reestablish bison, this study shows us what large bison herds are capable of when they are allowed to seek out the best forage and move freely across large landscapes.”

In addition to Geremia and Wallen, who led the fieldwork and analysis, co-authors included Kauffman and Merkle in Wyoming, along with Daniel R. Eacker and Mark Hebblewhite at the University of Montana.

“A real strength of our work was the pairing of on-the-ground grassland plots with remote sensing data, as well as GPS collar data from bison,” says Hebblewhite, professor of ungulate habitat ecology at the University of Montana. “The fact that we could see the effects of bison on grasslands from space and interpret these effects with a long-term, carefully designed grasslands experiment highlights the team’s skill set. Our work shows that bison are capable ecosystem engineers, able to modify grasslands in a way that enhances their own grazing.” 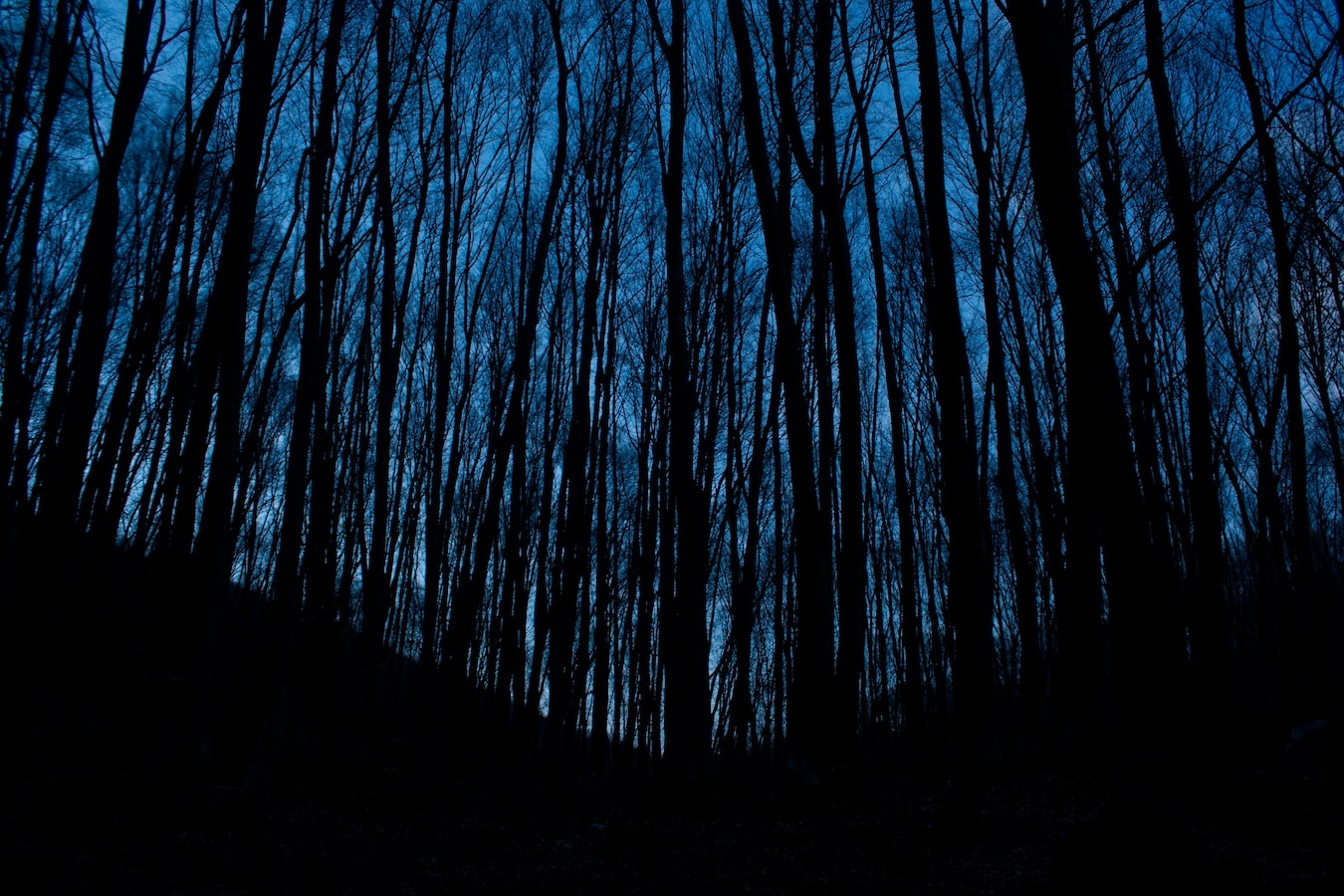 Book Review: ‘I Know What I Saw’ 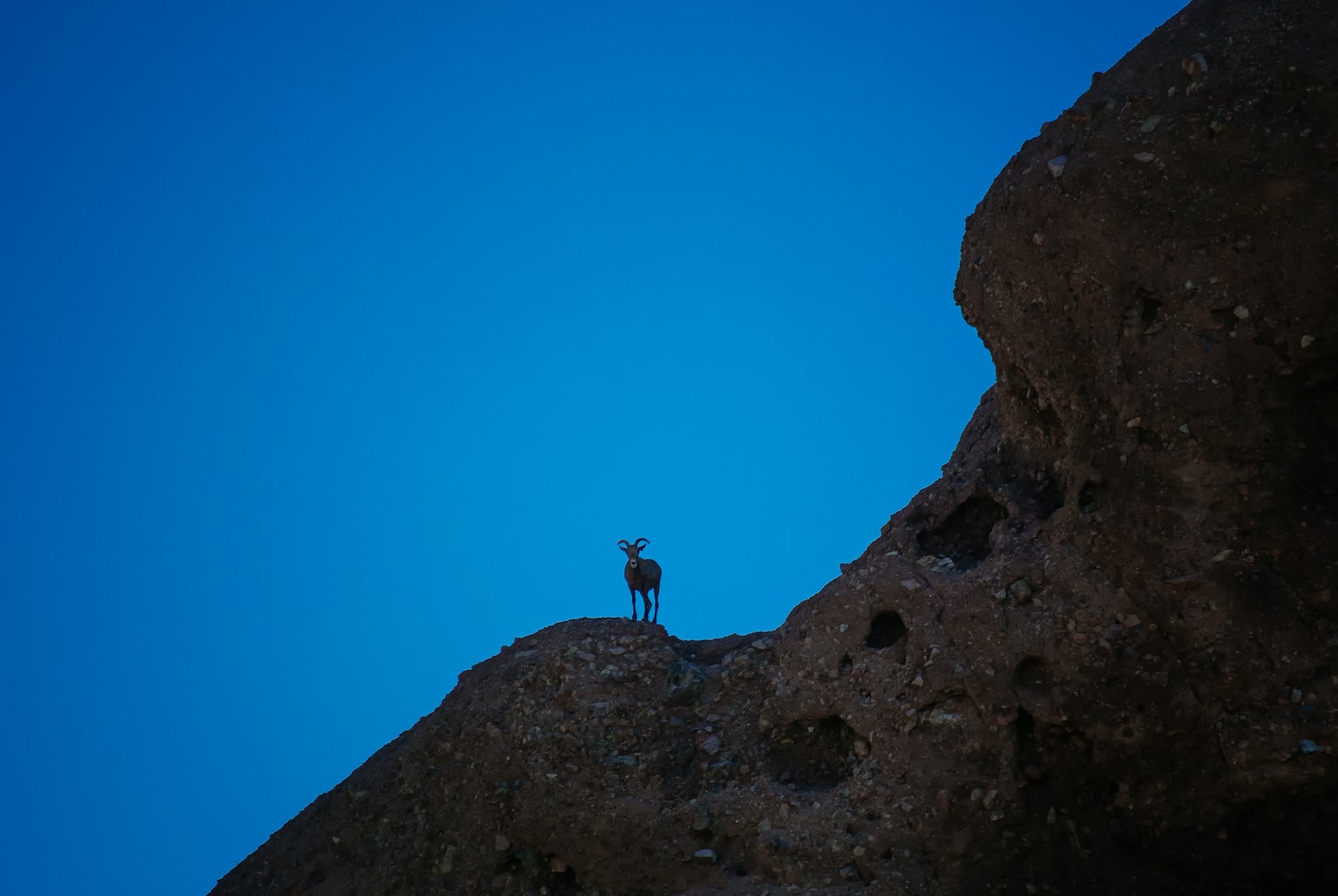 How Bighorn Learn to Migrate